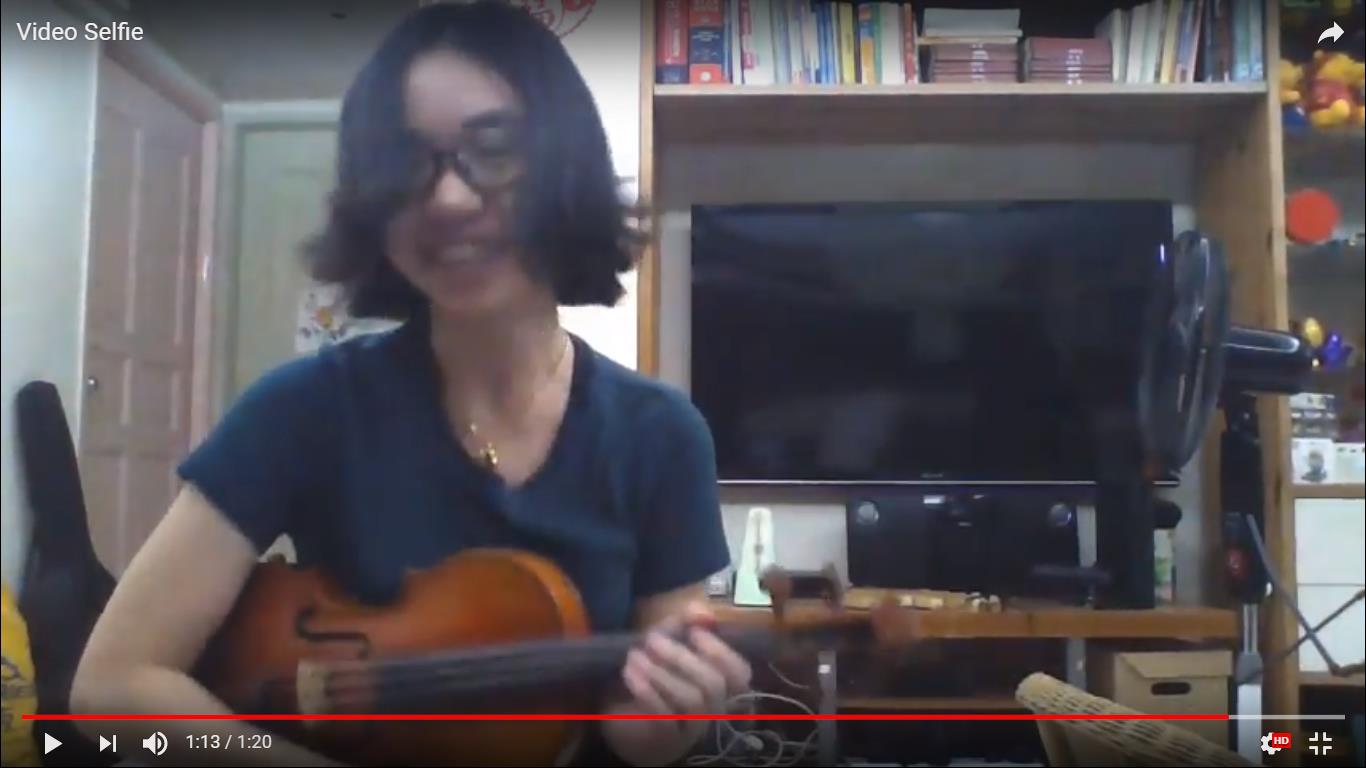 The alter ego I have chosen is a musician; inspired by the duet Twosetviolin. They are down to earth violinist who put out a relatable image. Therefore the home setting and clothes.

Their content allows fans to come together and feel for musician struggles. So I decided to make my video selfie an imagination of what their practice session might be – a little comical/sarcastic, serious and finally their efforts being applauded by their audience.

This side of performance is rarely seen, the outcome overshadows the process which is commonly seen as weakness. But everyone has to practice even professionals and that is why people love Twoset. 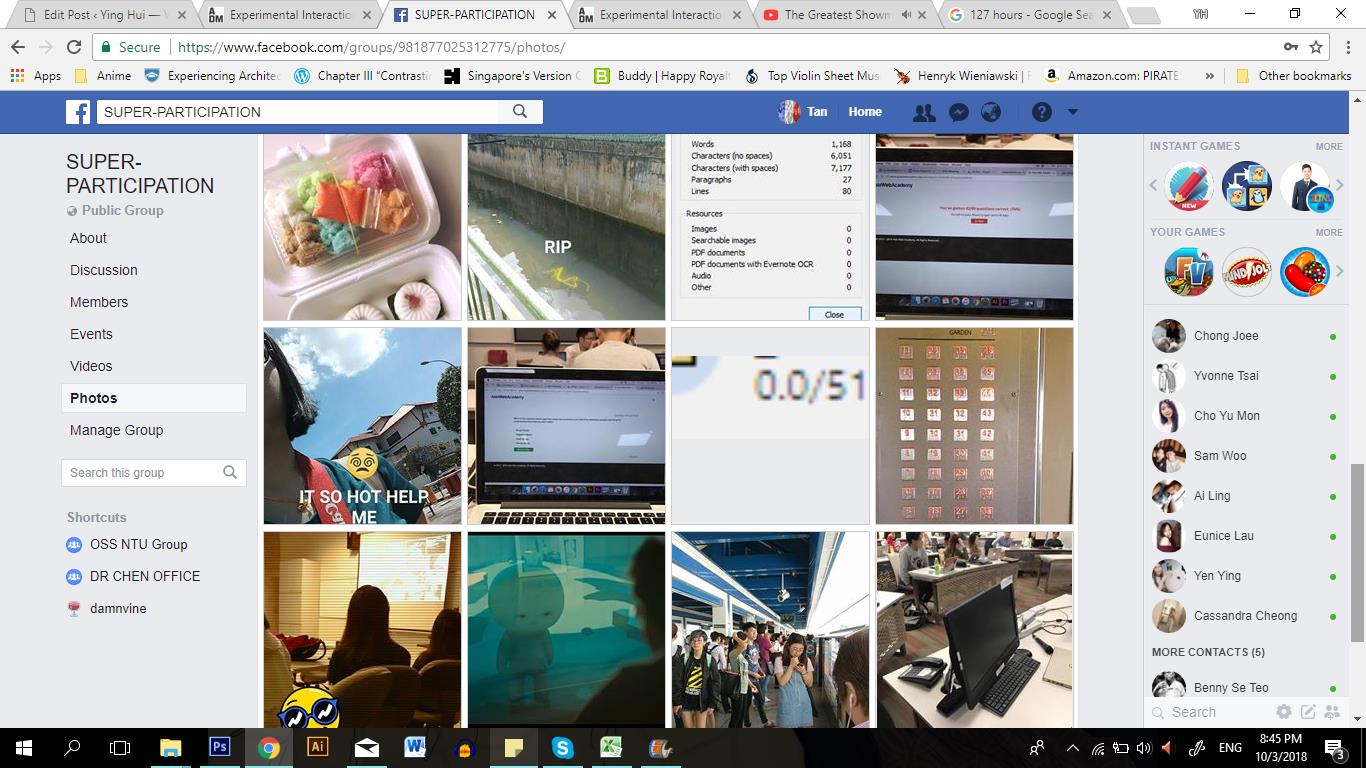 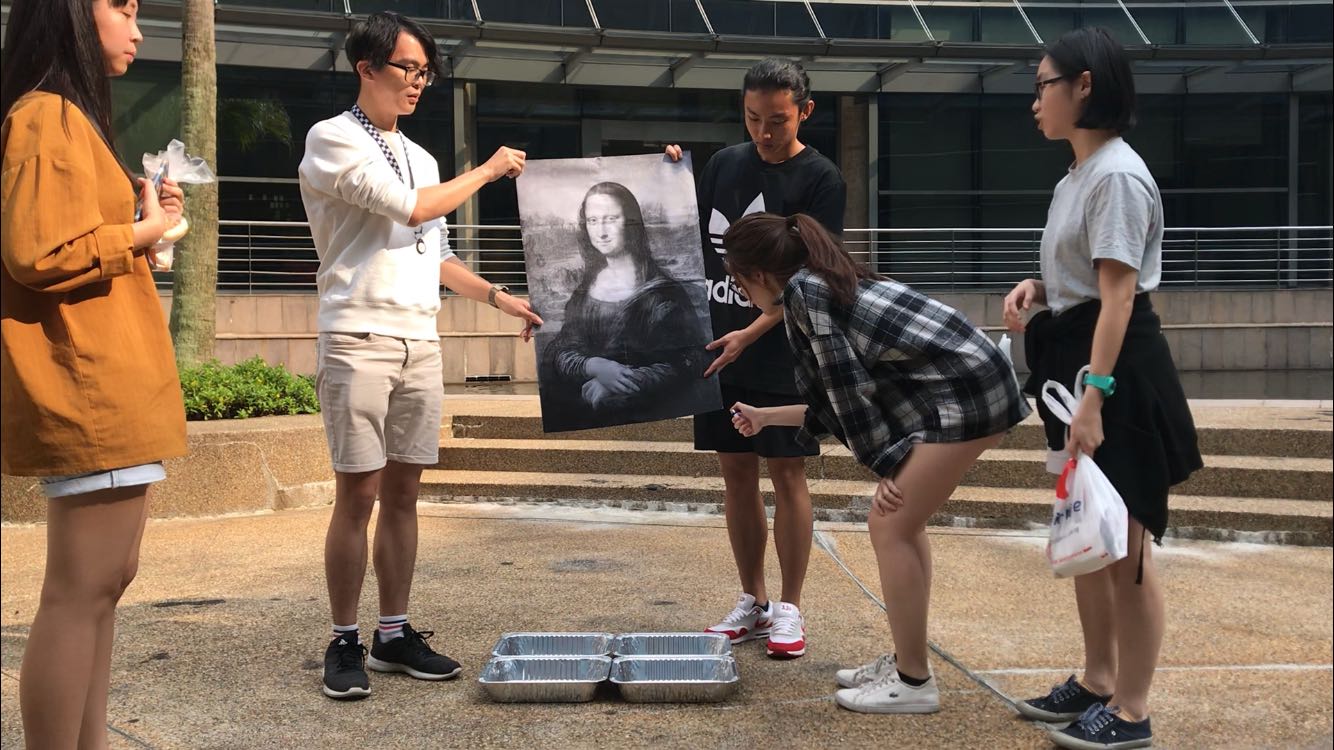 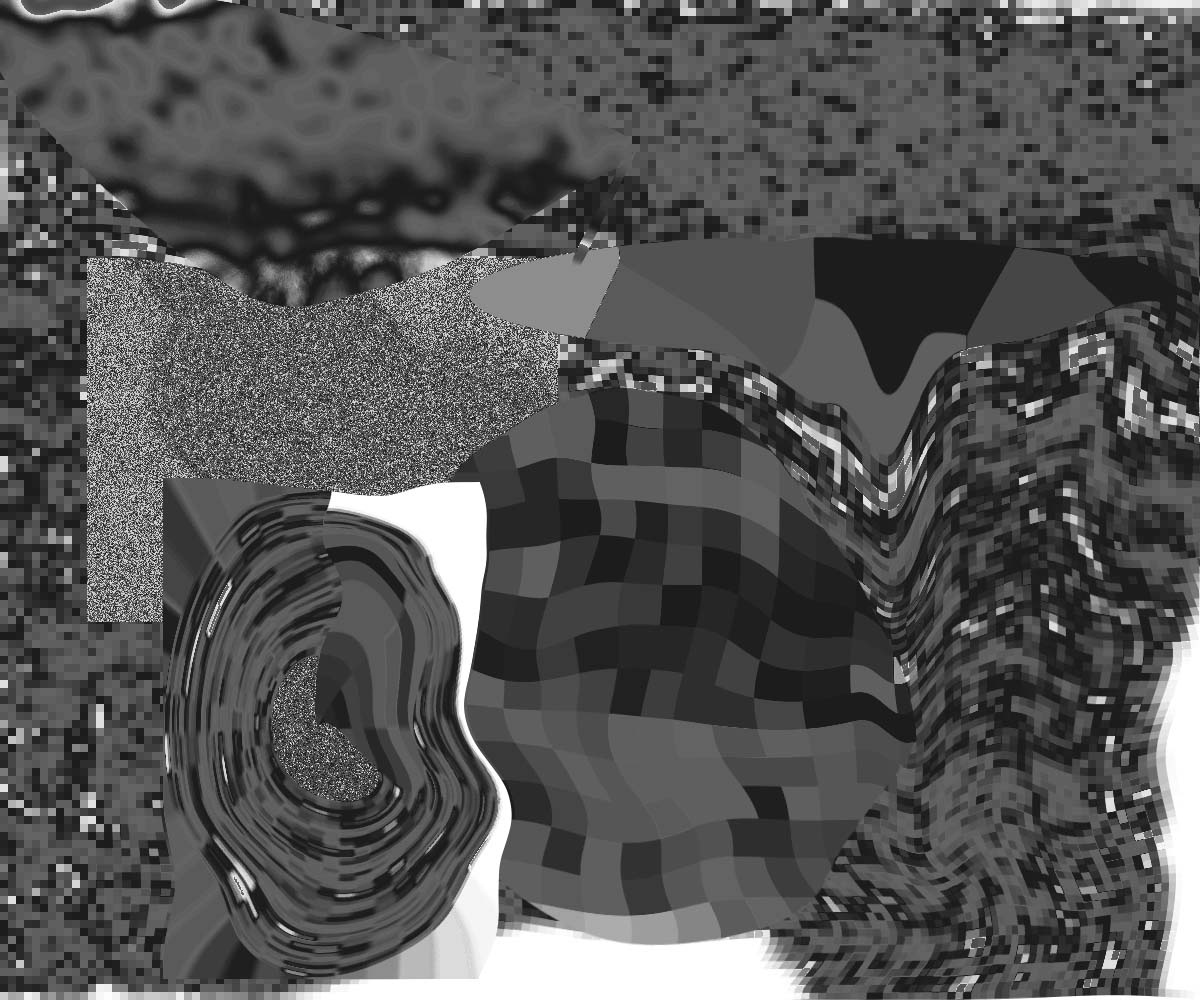 Combination of all audacity effects layered on top of one another creates this black an white static. All the colours and form are completely omitted after the first edit. It is now completely unrecognizable.

I mainly use sharpen and distort -> ripple in Photoshop. It created some ‘waves’.

Distortion and liquify tool on Photoshop. Here it becomes wonky.

Dion and I decided to do a performance where the both of us coordinate to be a single person in the third space – lets call her Third. She did 3 things – walking, washing hands and writing.

We thought it would be interesting to walk down some stairs. We went to different staircases and held the cameras to our hips, hers on the left and mine on the right. Together we tried to coordinated our foot steps one after another to make it seem as if Third is walking. It turned out really awkward because after every step there would be a short pause before the other leg moves; as if she was limping. I could not quite follow the left leg because of a lag in connection and it finished the stairs before me.

After trying to synchronize our legs we decided to synchronize our hands. We went to the 2D workshop where there are a few taps by the window to stage Third washing her hands. Even though we gave cues and communicated the results were not perfect. It was difficult to position the camera so that the faucet lined up with Dion’s faucet. We timed to turn on the water at the same time but one of use was still a second behind. Syching our hands was fairly easy and believable but I was to quick to wash.

We were afraid that our video did not make the 5 minutes cut and thus Third wrote a sentence on Microsoft Document. At first we tried to type on different places e.g. search tab match with Microsoft Document. It looked strange because the transition was so abrupt. Third was suppose to be a single person  so we wrote on the same platform to achieve a more seamless split screen. Again, we did not know what the other was going to type which makes the end result funny.

The idea of a third space gave me +1 knowledge because I have never thought about it before- a place where the real and virtual world combine.

When we reviewed everyone’s work, the class was filled with laughter. Trying to communicate without speech through a screen apparently makes for good comedic skits. Despite all the difficulties in coordination I think this activity was really fun. We really had to see, hear and react accordingly to make Third come to life.