The third space is described to be where the physical overlaps with the virtual. It exists when people interact with one another within a virtual environment.

“We essentially inhabit a swath of networked space, no longer constrained to the singularity of a single moment or place.” by Randall Packer, The Third Space

It allows for countless possibilities because the laws of physics does not apply there. One may exist outside of your own space and time as said in Maria Chatzichristodoulou’s Cyberformance essay, which I interpreted as  transcending the concept of space and time. One can now be there and here, in present and future.

Being digital natives, the third space is as natural as air. Unaware we had entered a new ‘space’. This is because no physical traveling is needed to access the third space. It lives anywhere and everywhere as long as you are connected through the satellites.

Consciousness on the other side also makes it seem real and natural. This is done through the 5 sense and the display of emotions. However when you apply this to game characters causing a fourth wall break. It scares the player. 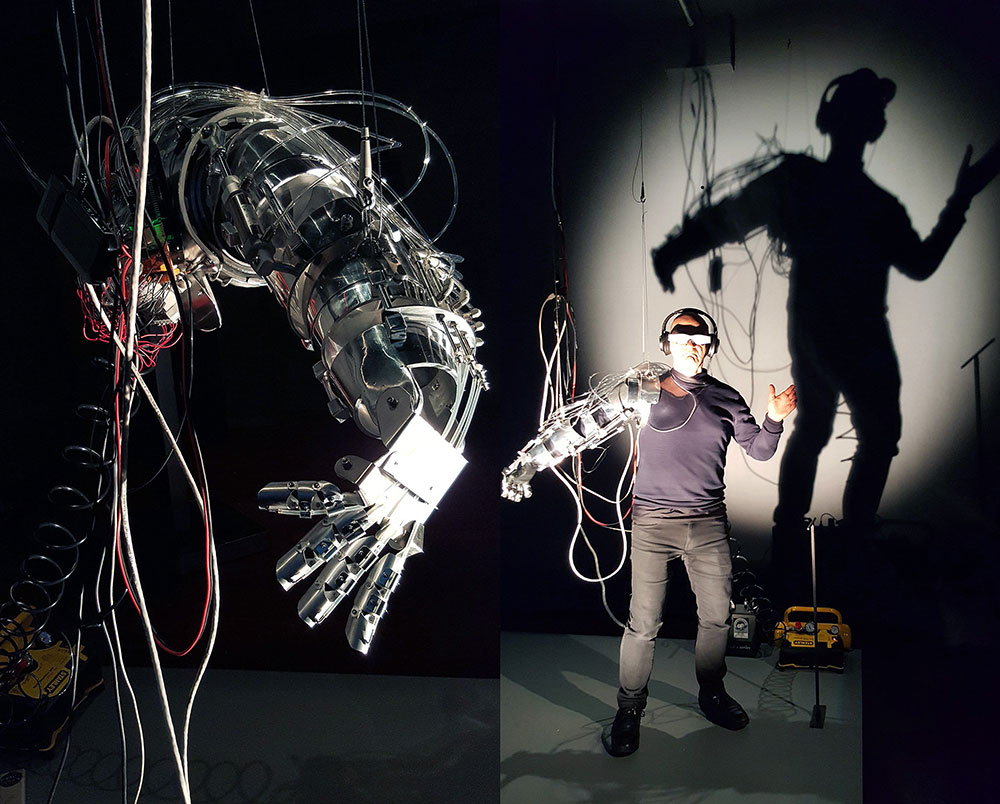 There was an exhibit at the Artscience museum last year by performance artist Stelarc. “For five days, six hours a day, wearing a video headset and sound cancelling earphones, the artist could only see with the “eyes” of someone in London, whilst only hearing with the “ears” of someone in New York. The body was also augmented by a 7 degree-of-freedom exoskeleton enabling anyone anywhere to program involuntary movement of his right arm, using an online interface. In the gallery space itself, the choreography could be generated via a large touch-screen.”

Visual and audio not only transports the user to these 2 cities creating a new reality. Quoting George Berkeley “If a tree falls in the forest and no one hears it, does it make a sound?” Essentially what is real to us is what we absorb through our senses.

The location and setting in which the performance is staged can also create closeness and intimacy.

Applying the idea of touch also bring the two in different places closer.

When we had our third space human wash her hand. We had to “connect” with each other by reading and predicting each other’s movement. We had to think as one and try to tap into each other’s thought. Touching mentally.