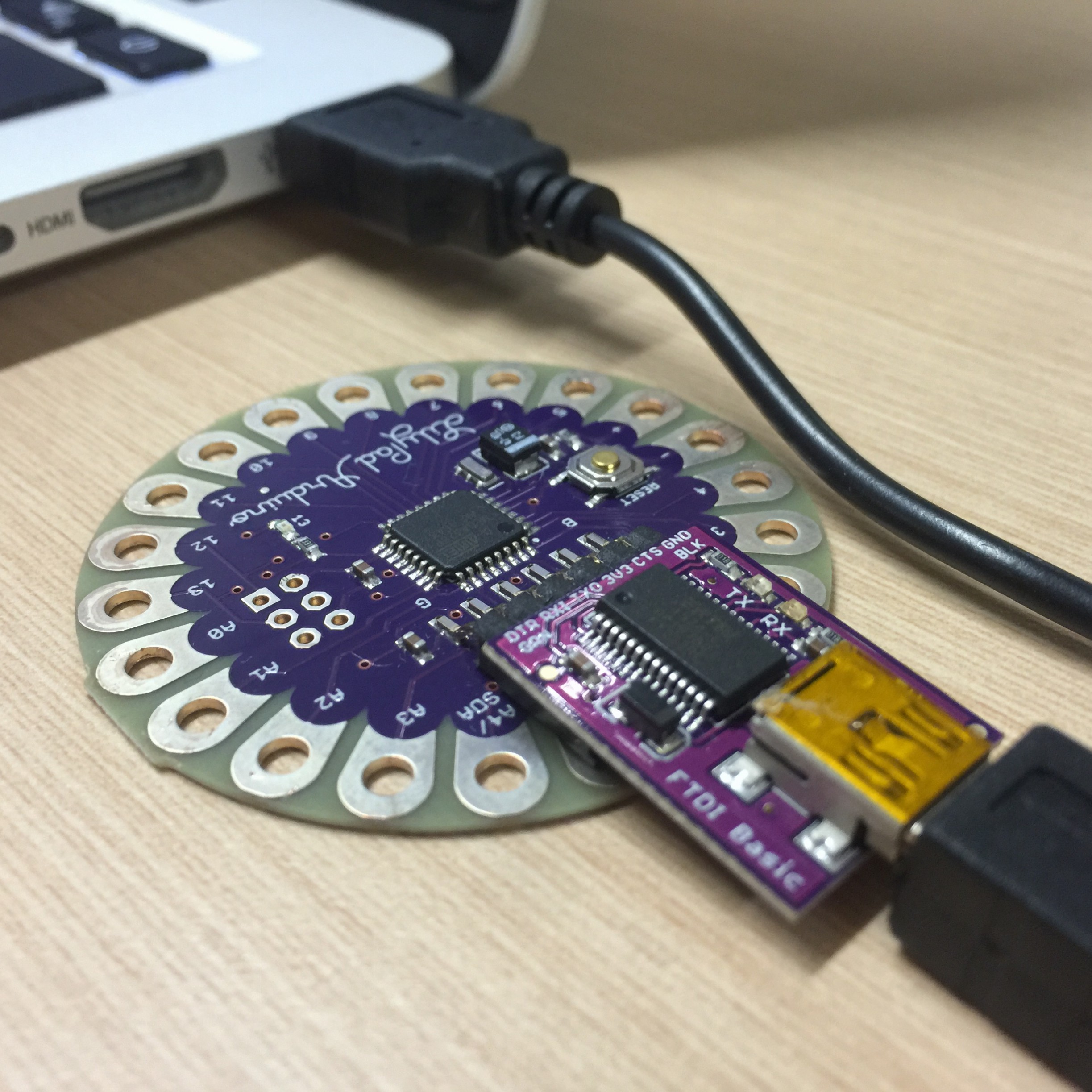 Accelerometer: The LilyPad Accelerometer can detect joint movement as well as inclination and vibration. The ADXL335 outputs a 0V to 3V analog signal on each of the X, Y, and Z axis. We will need to convert this analog voltage to a gravity amount and use trigonometry to calculate a true ‘angle’. If we are not looking for tilt, it is very easy to use this sensor for basic motion sensing. 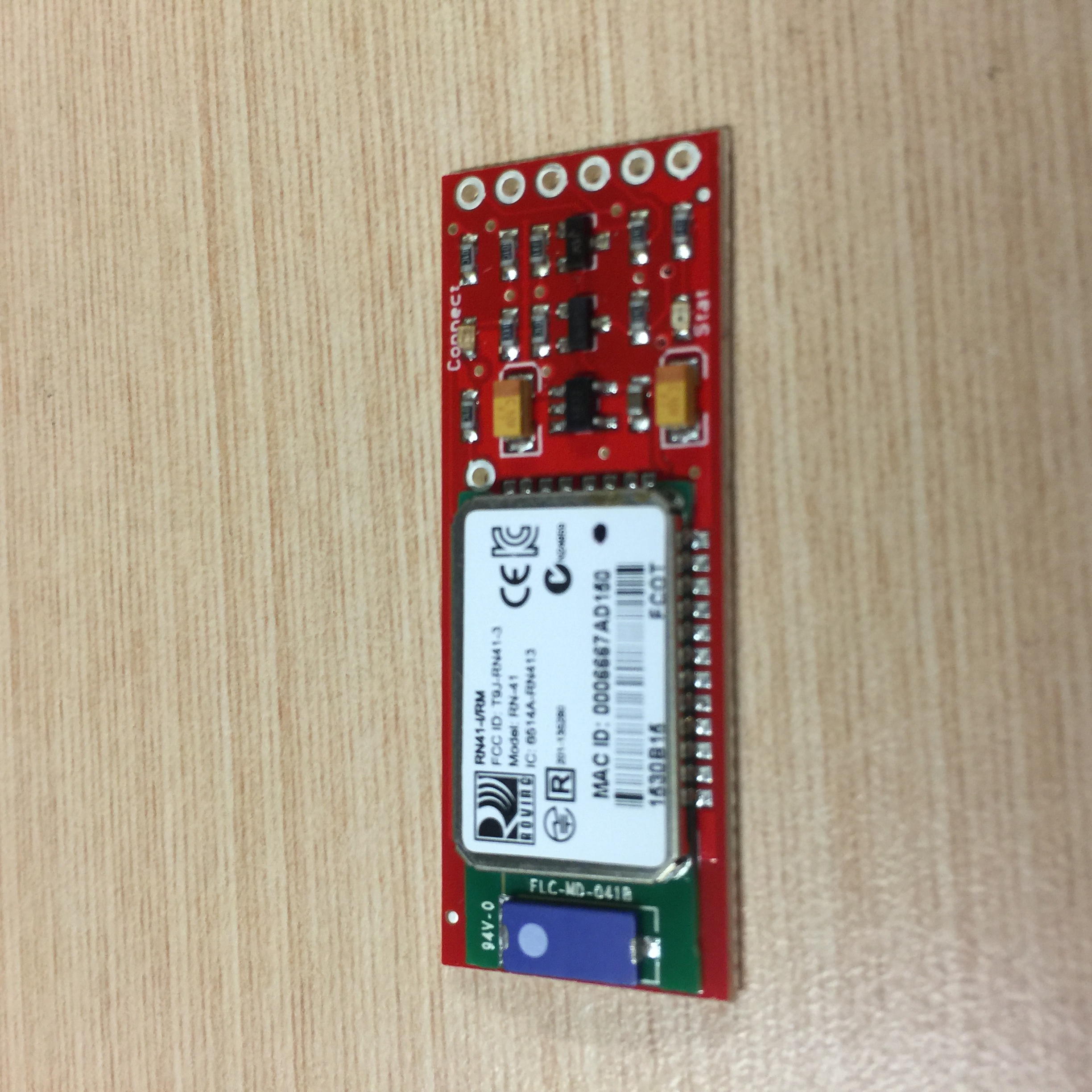 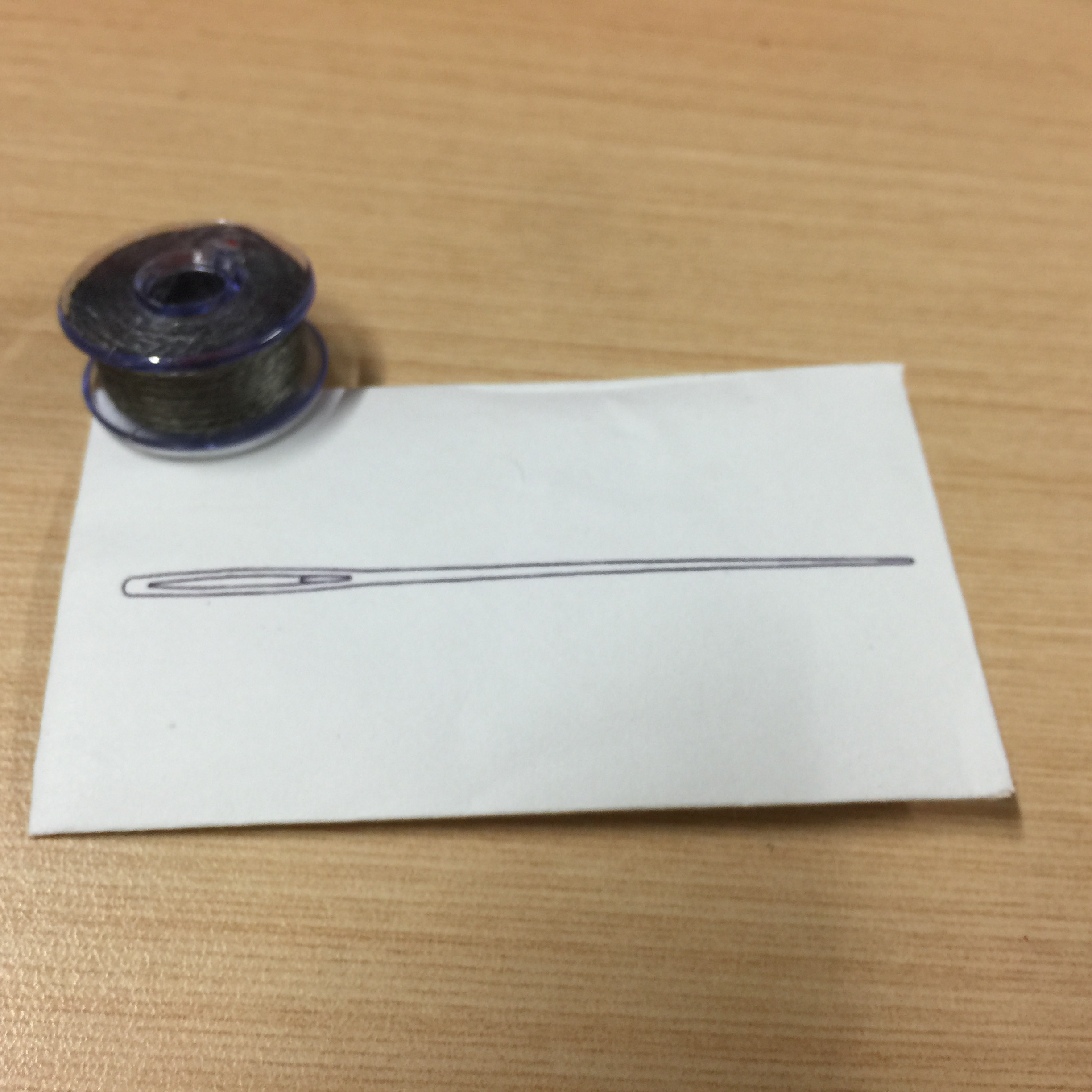 The LED is turned off when it’s bright and turned on when it’s dark. I used conductive thread as connections and it worked pretty well. Then I used a small cell battery as the power supply.

I used the buzzer to play different tones. (Basically just change the vibration frequency of the buzzer.)

I managed to connect the device and send data (8888888….) to my laptop as you can see from the serial monitor. However, the connection always failed after a short period of time. I am still figuring out why.

I used an accelerometer to detect my wrist movements along x, y and z-axis. Any acceleration along these axes will trigger the buzzer.

In the second video:

I also increase the threshold to change the sensitivity of the accelerometer. So if the movement is not big enough, it won’t be detected as you can see in the video. However, there are still some delays. And the sounds generated are quite random and inharmonious.

That’s the progress I have made during the past week. It’s mostly electronics. However, I also went to the studio and found Galina to learn about the sewing machine and how to fuse platics for the costume design. I will focus more on the costume design in the coming week. 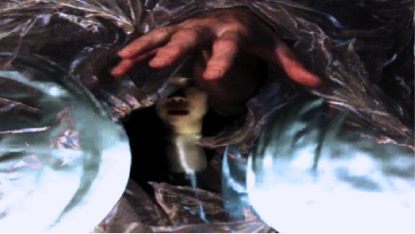