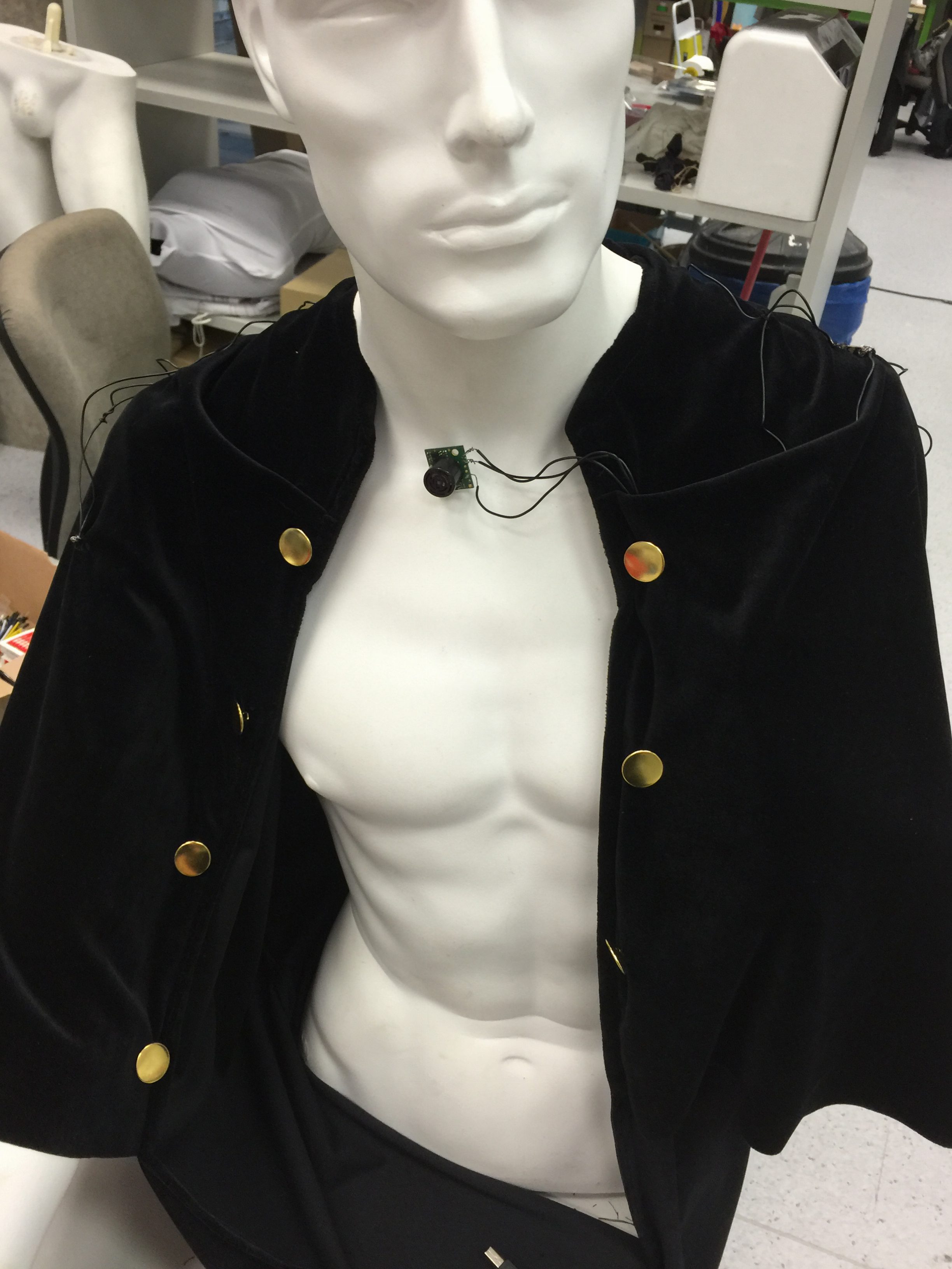 Last week I worked on the wireless transmission of data between the costume (Arduino Lilypad Board) and the Max software on the laptop. After adopting the trial-and-error method, I managed to achieve a relatively smoother data flow. With both electronics and the clothes ready, the last thing to be done is to integrate everything and test the sounds/lights, and that the costume withstands duress from stretching, heat, and perspiration, etc. 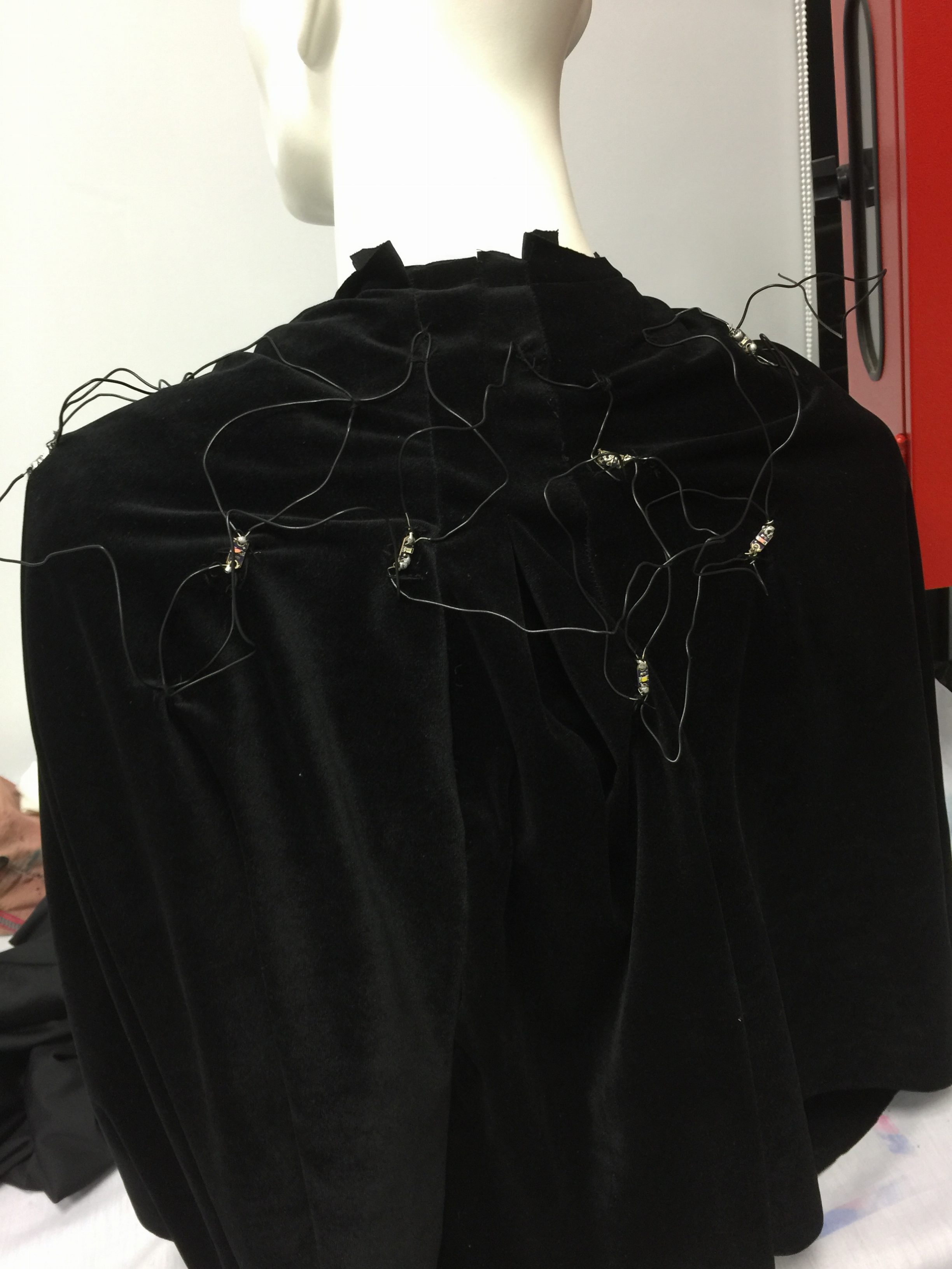 The first step toward a both functional and aesthetic costume is to sew electronic components onto the coat. My initial idea was to hide all the wires underneath the fabrics and exposing only sensors and LED lights. During the making process, I found that the exposed wires actually created unexpected aesthetic effects by adding another layer of texture on top of the black velvet material. Due to the elastic property of the wire, I was able to change its shape to construct a mesh in which LED lights were randomly yet evenly distributed.

Another major concern was where to place the Lilypad main board. As it controls the functionality of the costume, it has very complex connections to rest of the circuit thus has lots of wires. I didn’t want it to be exposed so I made a slit near the collar and hid the slit with a fold. 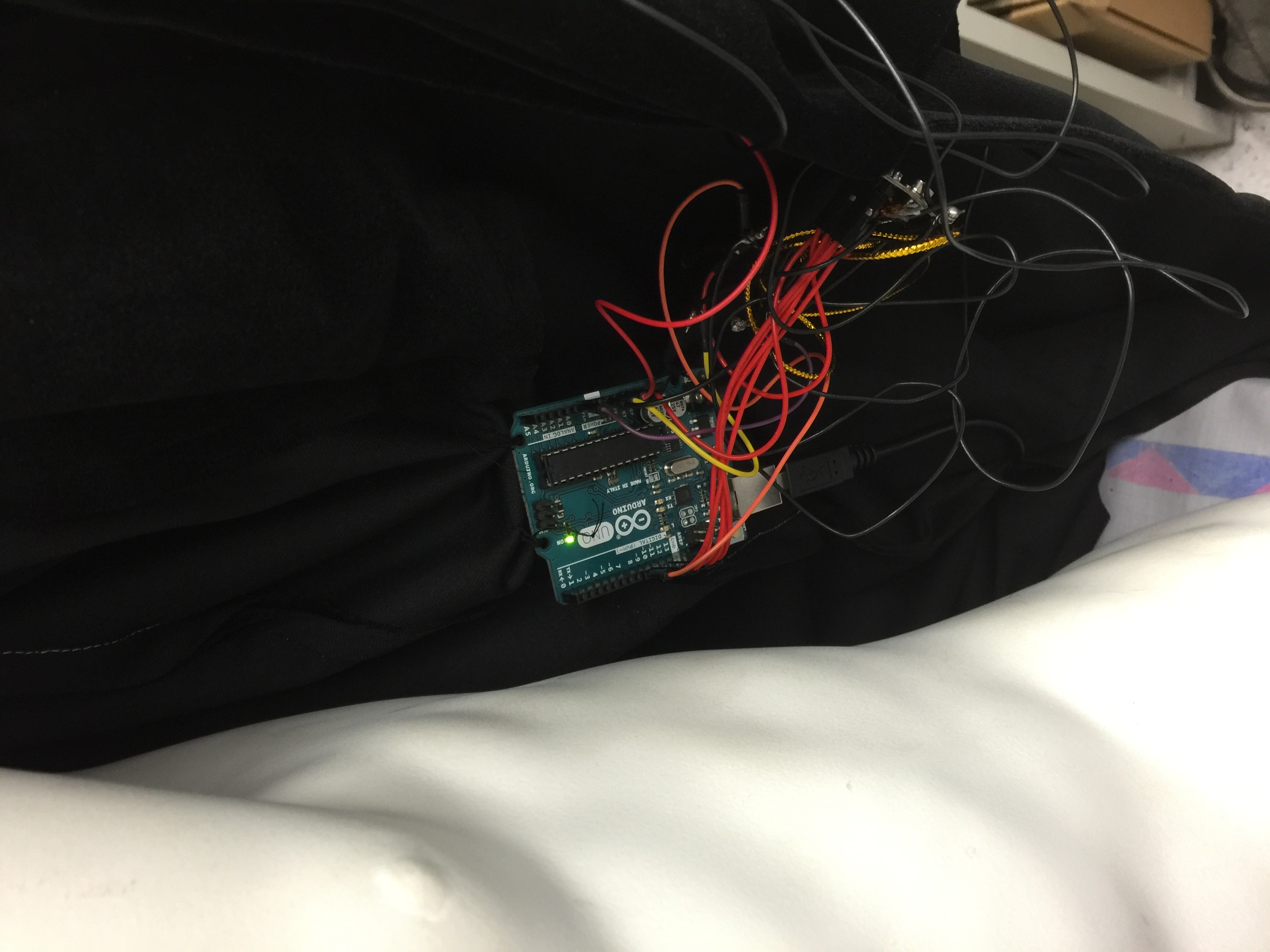 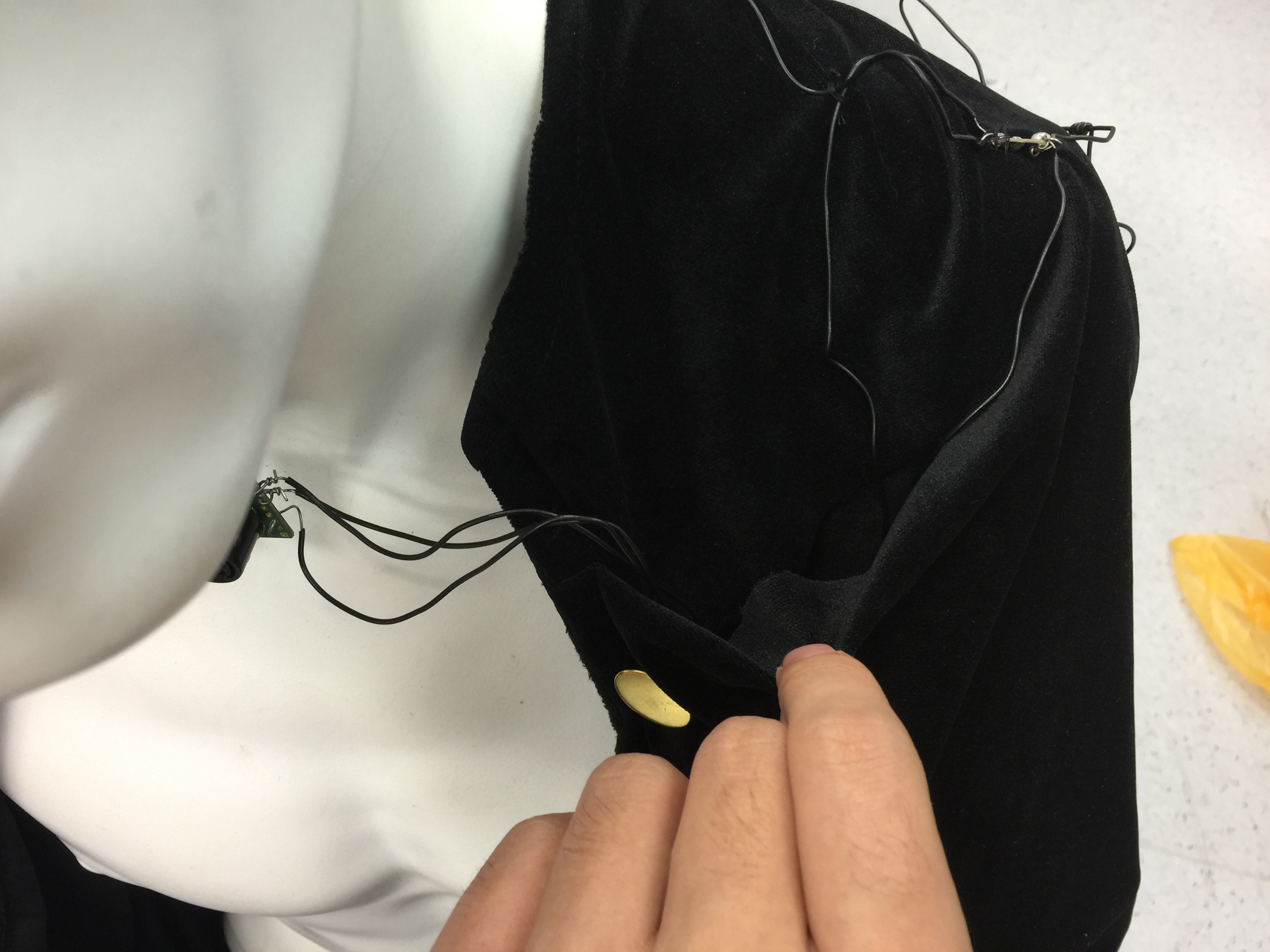 As a result the board was hid under the cape and would not affect the appearance of the costume. Moreover, I was able to adjust the direction to which the proximity sensor faced so it could give more accurate data.

And lastly, I tried dancing in the costume and it didn’t hinder most of my movements except some arm and shoulder ones because the existence of the cape and the wire mesh. I placed the power bank in my pants pocket and it worked normally. Another issue was that I had to adjust the angle of the proximity sensor from time to time as the wires connecting it tended to twist away from its original position.