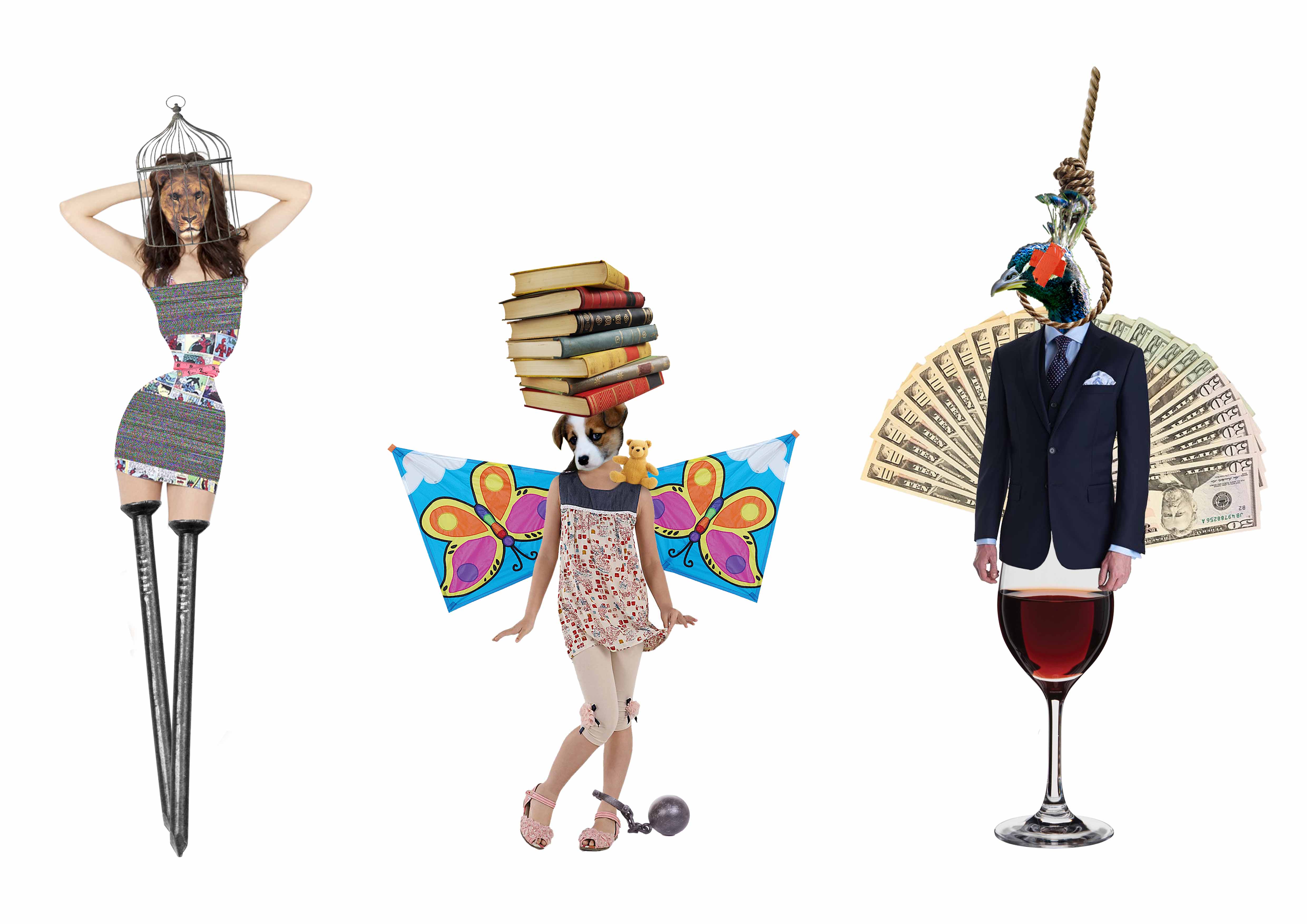 The strange world that I woke up to was a world of human-animal hybrids with a mix of common objects. Of which, every element of each character hides a hidden meaning or shows part of their personality.

The manipulation process helped showcase each character’s personality and message to the audience.

The challenges that I faced were, thinking of objects or things from nature to represent the message intended and how to make the objects complement the character.

I really enjoyed the process of thinking thoroughly on what objects or things can help the audience interpret the character’s personality and thoughts better!