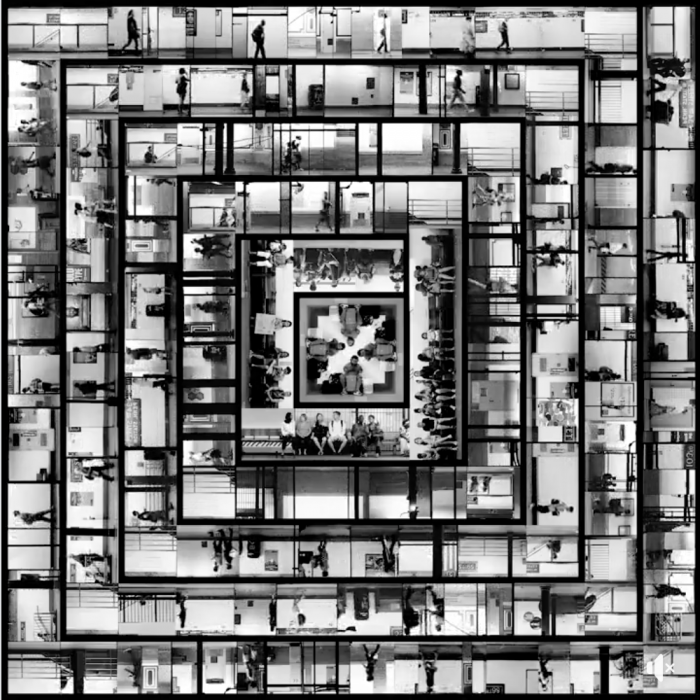 Through the past 3 years in ADM, the school exposed me to various art expressions, mediums and platforms. Starting from the basics of foundation drawing, product design, photography and film, I developed an interest in experimental film and I wanted to explore more in my FYP after taking the module, Media Art Nexus. I had a Skype conversation with Ina in America and I was told that the theme of the FYP could be music.
This is a rough sketch of what I envision my project to be like.
Idea: Exploration of Spaces. As seen below, the black shaded region on the left side is according to the specifications that I received from the ELMAN brief. I envision shooting a dancer moving through spaces. It could be shot in Germany and/or Singapore. As the dancer moves between spaces, she exits a frame and enters another. The frames could move as well throughout the video. This idea plays with more spaces, and concept. 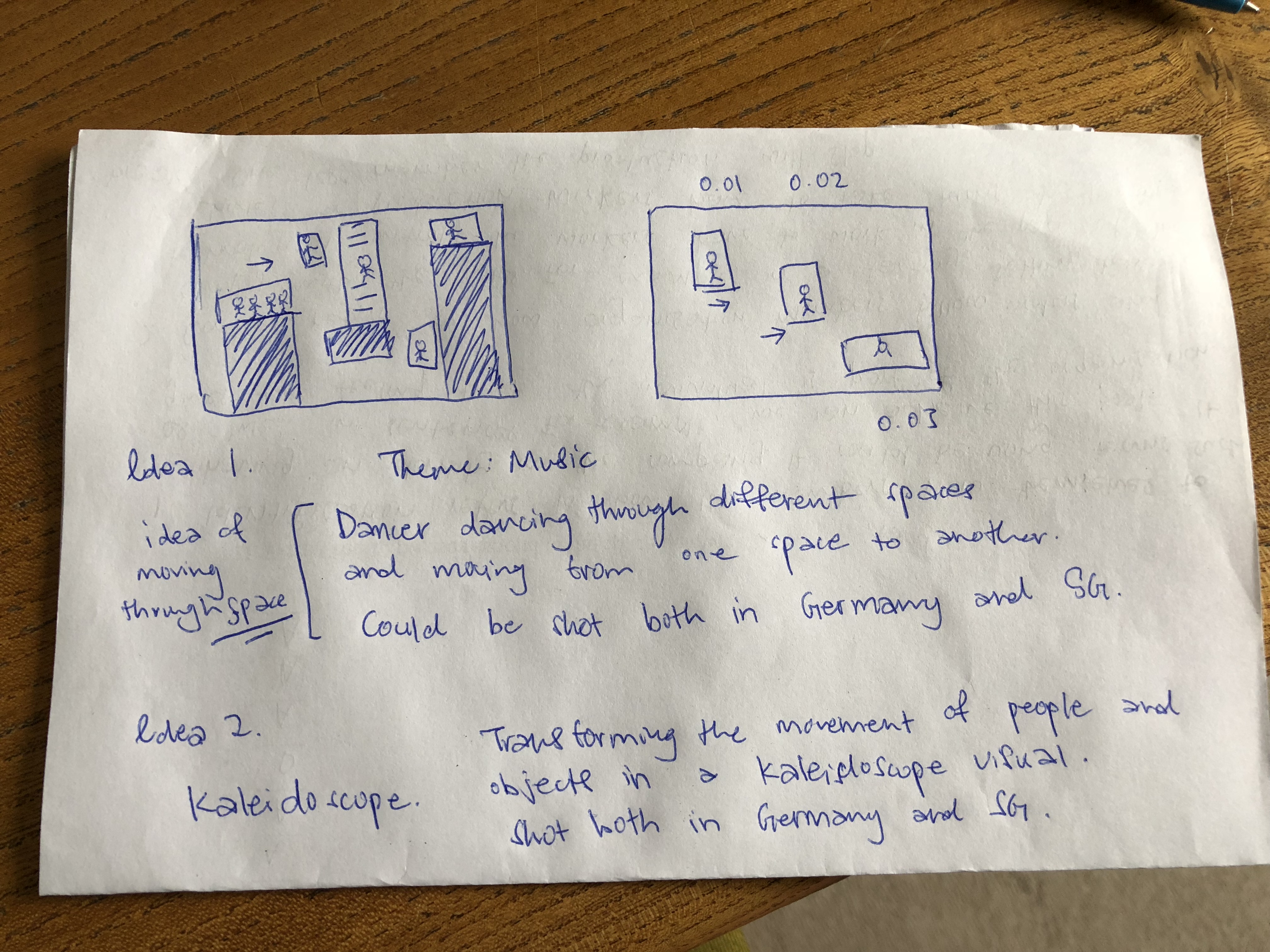 I was particularly intrigued by a visual done by Yuge Zhou.

Yuge Zhou is a Chinese born, Chicago-based artist whose video and installation works explore urban environments as they are inhabited and experienced and the collective rhythms of human activities in these spaces. (Extracted from http://yugezhou.com)

This work is titled Underground Circuit Underground Circuit is a collage of hundreds of video clips shot in the subway stations in New York. Station to station, the movement of the commuters in the outer rings suggests the repetitive cycle of life and urban theatricality and texture. The inner-most ring includes people sitting on benches waiting; the central drummers act as the controller of the movement, inspired by the concept of the Four-faced Buddha in Chinese folk religion, the god who can fulfill and grant all wishes of its devotees.

I proceeded on to research more on the artist and I realise that she have done other installation series that experiments with framing.

Deep Ends suggests a tension between carefree buoyancy, vulnerability, and inherent risk. Water on the edge of an urban landscape invites crowds, and shot from a long distance, the scene strangely oscillates between leisure fun and the aftermath of a disaster. Deep Ends is part of The Humors, a four-part video collage series exploring urban dispositions.

Soft Plots portrays a conception of urban living that is both group-oriented and discontinuous. In many ways, we live in big cities like we live in small towns—except that our communities are scattered across a dense network of other communities and other storied lives of which we only catch a glimpse. Soft Plots is a mental map of meaningful locations and (richly-inhabited) voids in between. Soft Plots is part of The Humors, a four-part video collage series exploring urban dispositions.

Green play is a joyful orchestration of one of the great meeting places in New York City—Central Park, a utopian playground and repository shared by locals and tourists alike. The spliced footage choreographs a single summer Sunday and encapsulates an optimism that is central to American life. Green Play is part of The Humors, a four-part video collage series exploring urban dispositions.

Social synchronization is a phenomenon where individuals within a group influence one another’s behavioral patterns. For Midtown Flutter, I shot a variety of architecture in midtown Manhattan, allowing passersby to interrupt the scene. By selecting and then composing the video footage according to the formal qualities of the architecture within the scene, the architecture in turn dictates the patterns and flow of the pedestrians. Midtown becomes a flattened, uniform construct for this play of texture, rhythm and interruptions. Midtown Flutter is part of The Humors, a four-part video collage series exploring urban dispositions.

Note on The Humors:

Ancient Greek philosophers wrote of four temperaments (or ‘humors’) that color all of creation: sanguine, choleric, melancholic and phlegmatic. Urbanity is part of this creation, and also embodies versions of these dispositions. The Humors suggests urban behaviors and relationships, those of people and of the built environment itself.

As the project will be screened in Elbphilharmonie, and no music is to be used, I thought of incorporating the element of dance. Dance is one of the best visual representation of music and the movements and rhythm of the dancer is able to bring out the essence of music as a mood itself. The next step is to consider the kind of dance style I’d like to explore as well as the places I’d want to shoot the dance scene.