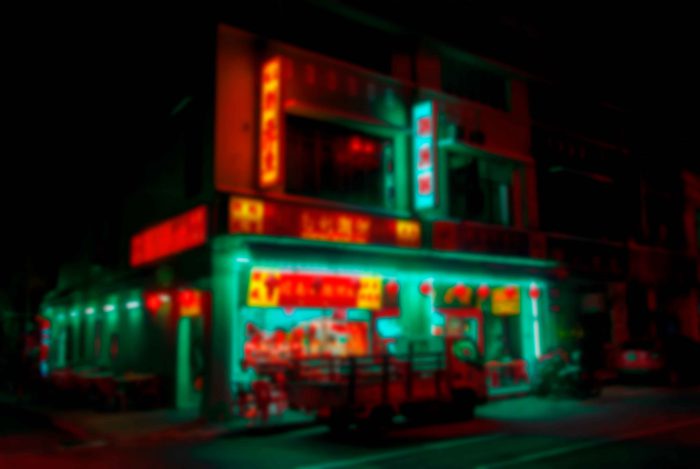 I didn’t really have anything in mind while shooting the landscape, but came across this late night porridge place somewhere in Tiong Bahru. It was located in a more residential area which meant that it was the only establishment open at that hour, making for a nice dark background. 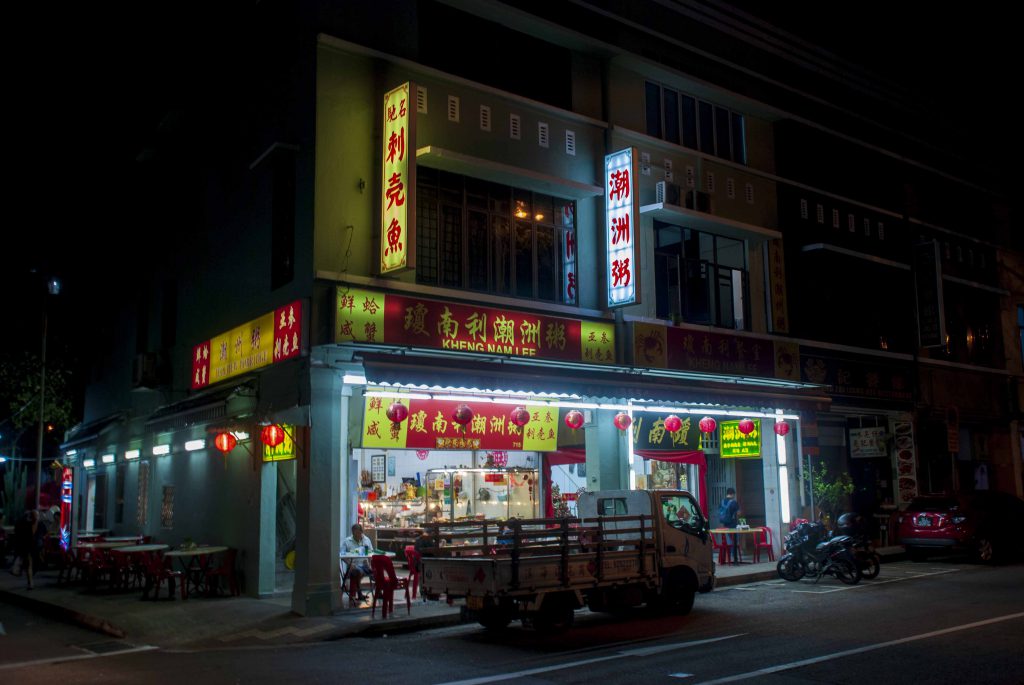 My workflow mainly consisted of cleaning up the unnecessary bits on the fringes of the image that I felt were distracting from the focal point. This was done though a combination of dodging/burning, spot healing and clone stamping.

Lighting decisions were made around the premise that I wanted the inorganic lights of the establishment to stand out more. I found that working with hue/saturation and isolating the red in the image gave the neon signs an ethereal, oversaturated glow and gave it a suitable *vibe*

The mood I wanted to capture was that strange feeling one feels in the early hours of the morning when everything seems at once both hyperrealistic and also super unreal. I imagine this landscape to exist in one of Murakami’s strange, mildly dystopian universes that he constructs in his novels. 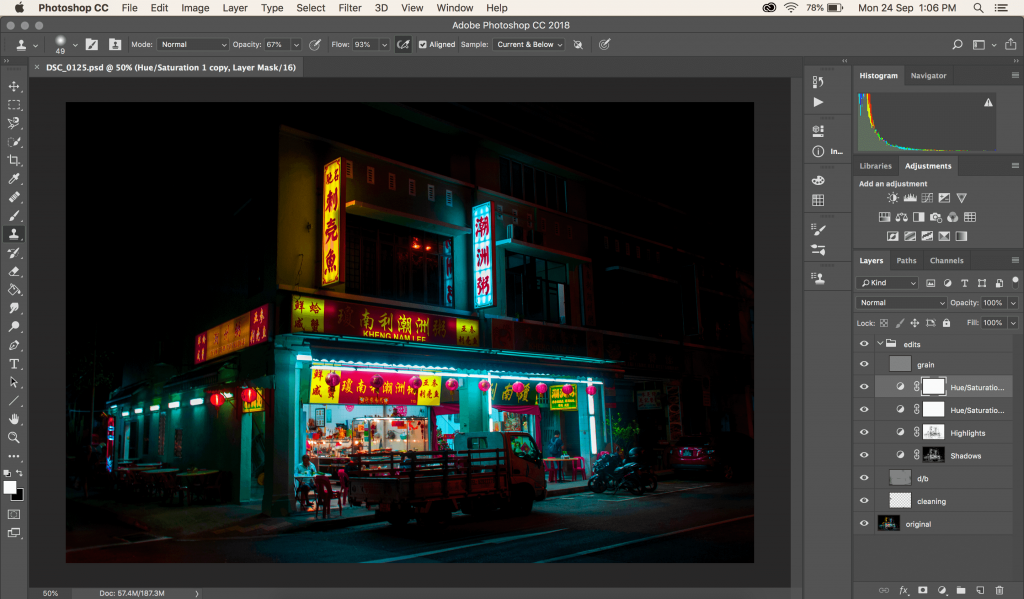 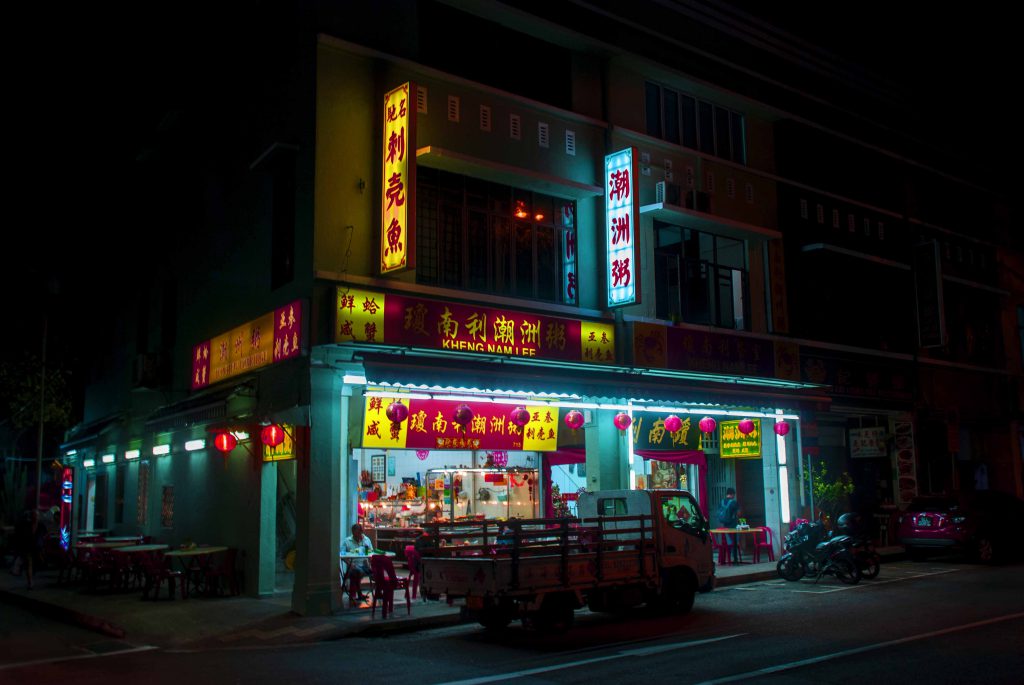 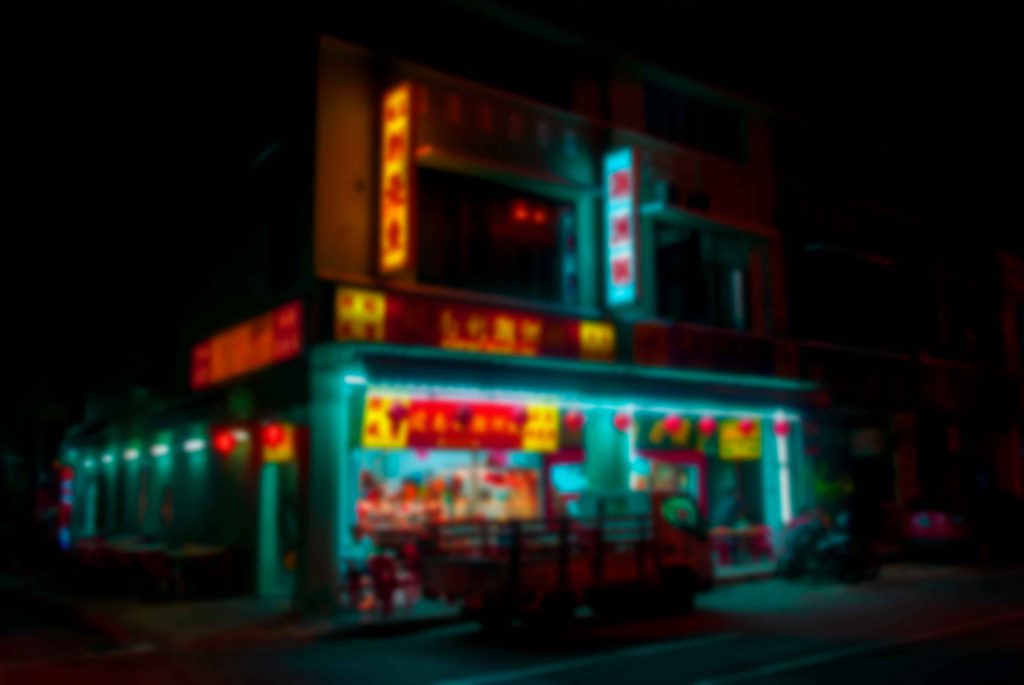 After Bryan’s suggestions from the critique, I figured that I really did like the surreal, underworldly glow created by boosting the saturation and adding a layer of gaussian blur. I recreated this on my own, adding selective colour filters specifically for cyan and yellow to make the lights brighter. It’s a touch more vibrant than my first version, but I still wanted to push the colours to become even brighter and more garish.

As such, I went back to the selective colour layers and duplicated them to intensify the neon glow. Further messing around on the sliders completely changed the colours to a tacky red/green combo that I actually quite enjoyed.

Looking at the outcome, I think that just changing up the hue of the lights already lent the image much more of a surreal quality. Adding the out-of-focus blur makes it feel more like a half-forgotten dreamscape loosely based on reality. I don’t really have a version that I definitely prefer over the other tho, I like both HAHA but if I really had to choose I’d go with the blur, just because I haven’t encountered many deliberately out of focus images so I guess that’s more interesting. 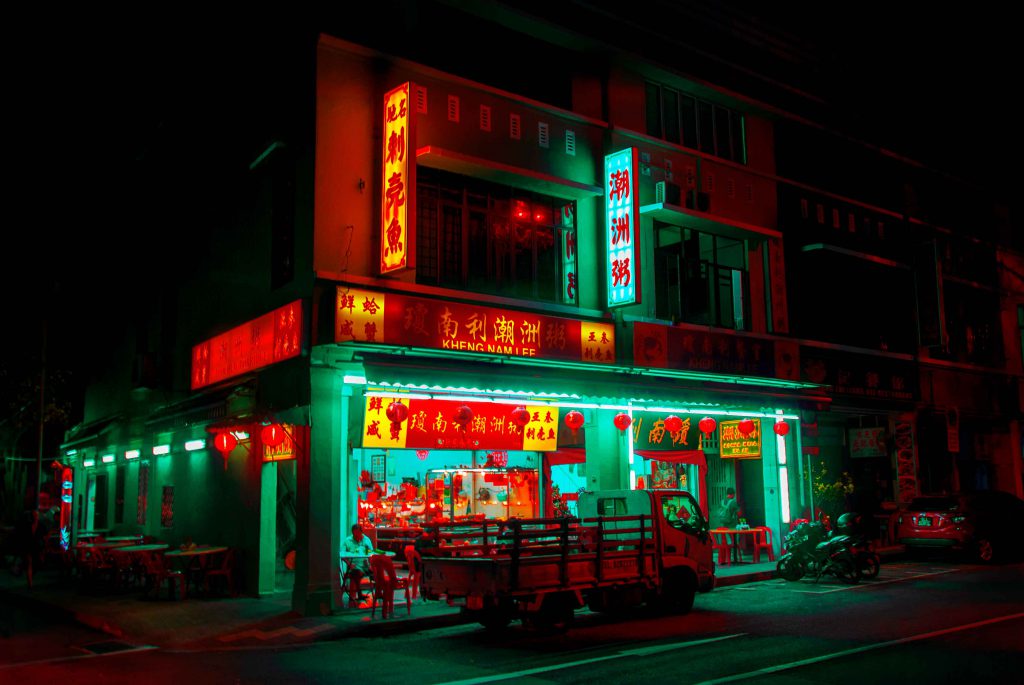 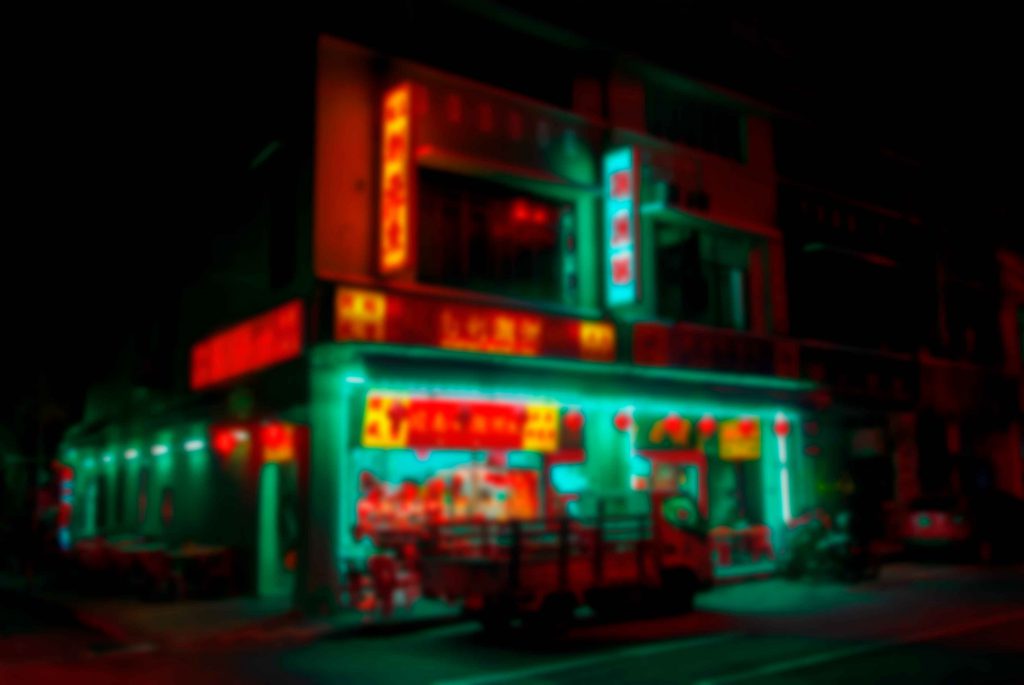