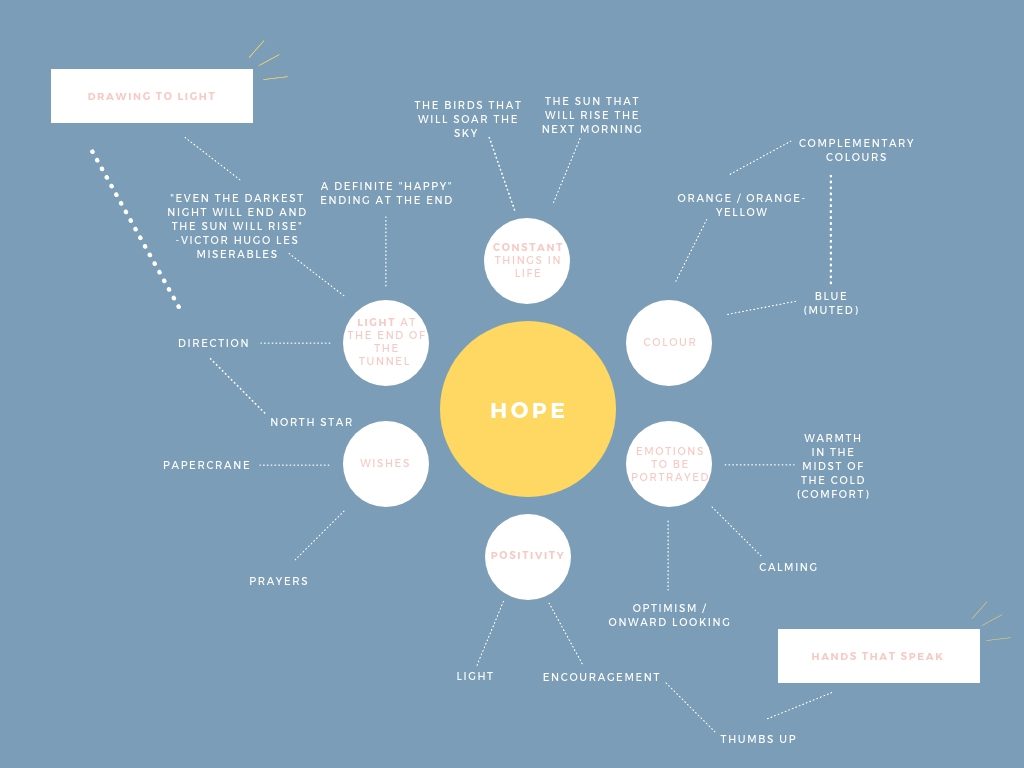 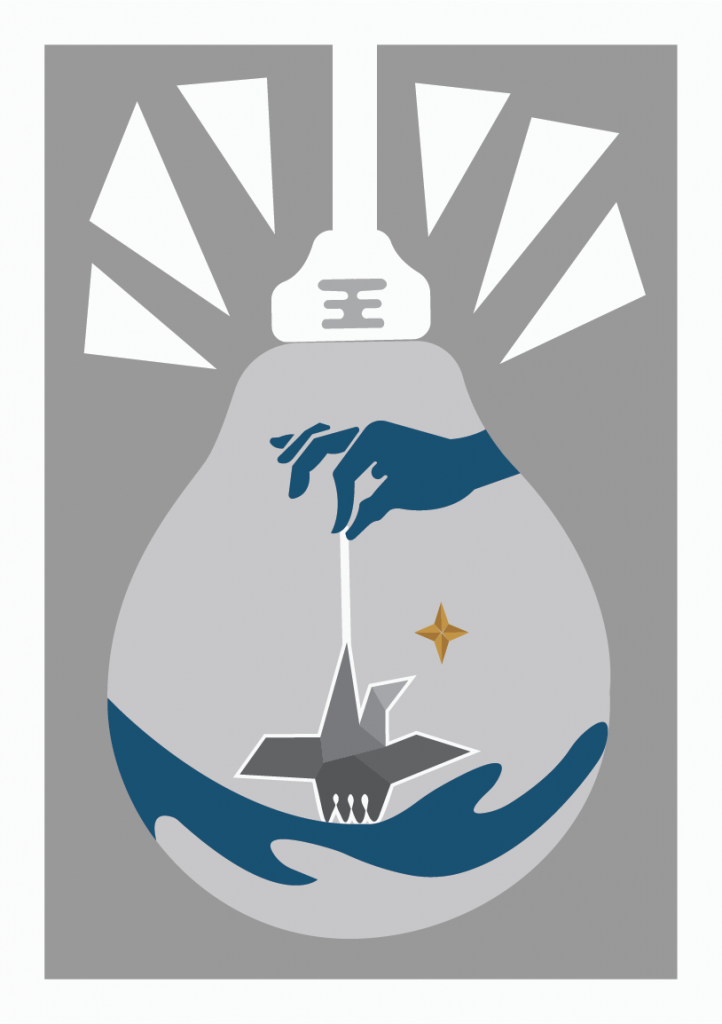 The papercrane and the north star are the main subjects in this piece of graphic. It can be duo-viewed — a papercrane given to someone who receives it acceptingly and a papercrane is lifted out of its adversity, depicted by the harsh waves, as it keeps its eyes fixated on the north star.

Papercrane is a symbol of hope in the Japanese culture. In hospitals, a 1000 papercrane is a common sight as it symbolize a grant of a wish – a pink of health.

The North Star is a bright star that is a “landmark to determine location” as it always stays in the north. It is also commonly associated to making wishes and making dreams come to reality. 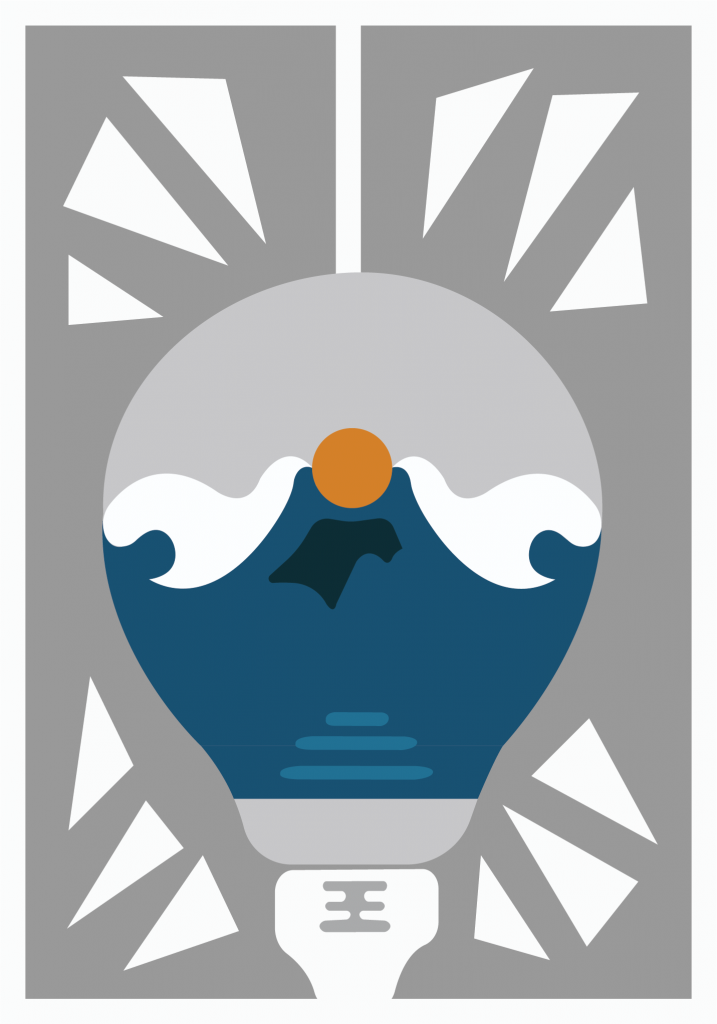 Two doves are seen flying towards the rising sun in a far distant in the midst of the mountains.

Doves are a symbol of hope, care and love when come in pairs. The pilgrimage of the two doves symbolizes a journey towards a better tomorrow (the rising sun).

Inspired by the quote by Victor Hugo in Les Miserables, “Even the darkest night will end and the sun will rise.” 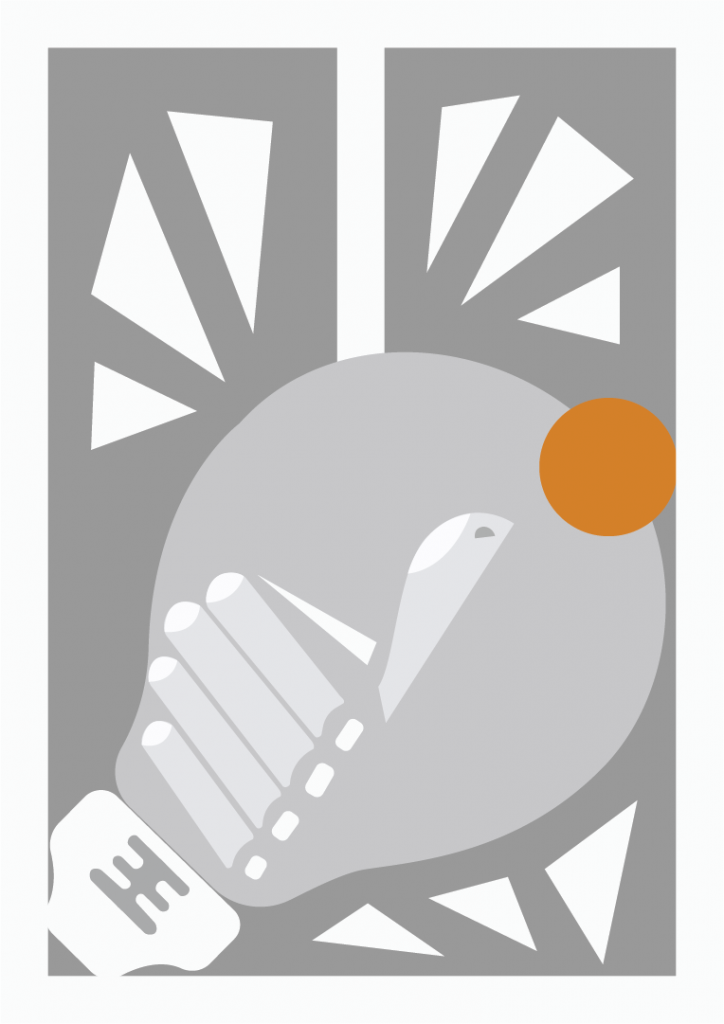 A dove that has a silhouette of a thumbs up, confined in a space, drawn towards the light source. The next course of action is that the dove might gain total freedom and breakthrough a confined space, just like being bedridden in the hospital, the lack of freedom.

The thumbs up is a universal sign of “good”, is an encouraging gesture that one can give another. & aforementioned, the dove is a symbol of hope and care.

“Light at the end of the tunnel”

Word play on the word “light”

Light in the dark

Fireflies and the moon (nature light of the dark)

Waves that hit the shore of our beaches 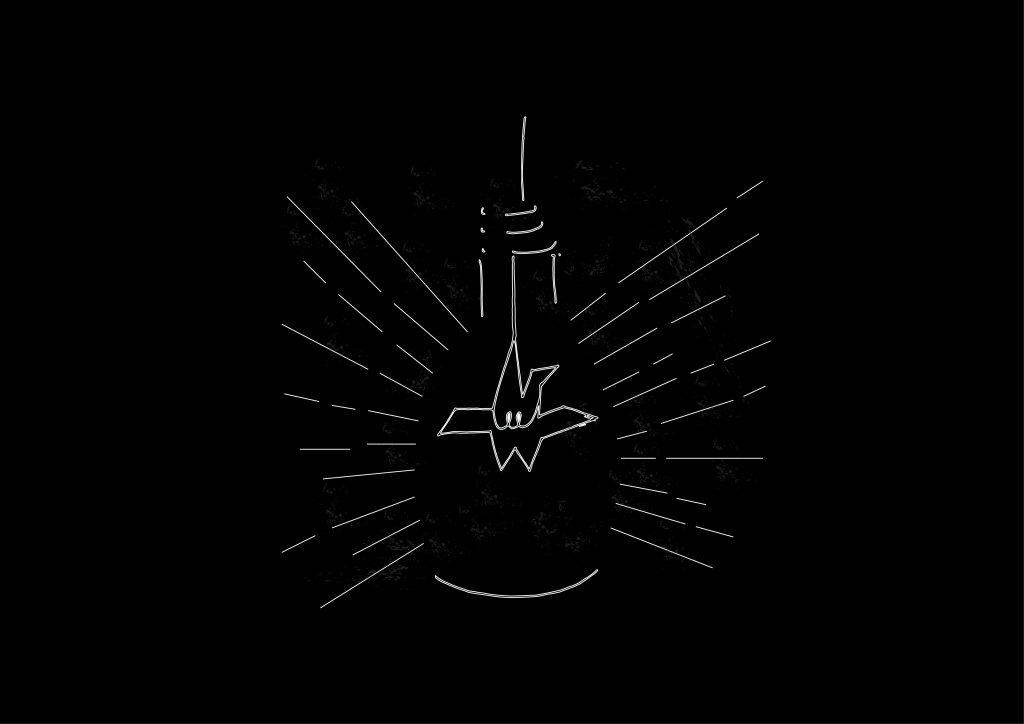 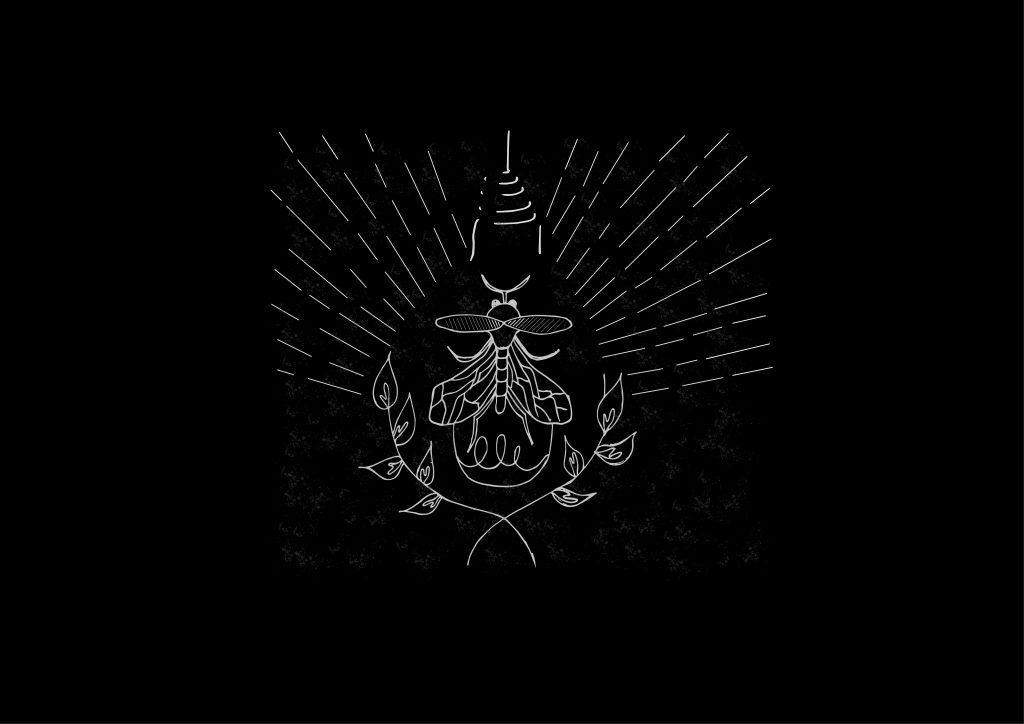 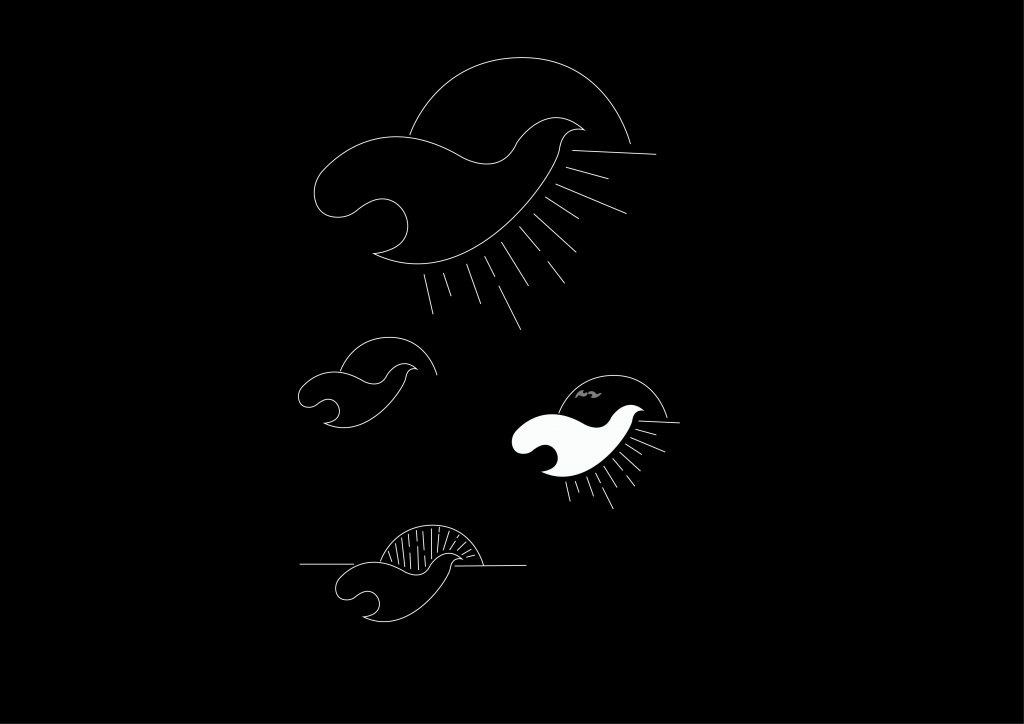 Too illustrative, can use more shapes to illustrate the elements. Could reduce the number of lines used. Make more use of the negative spaces. 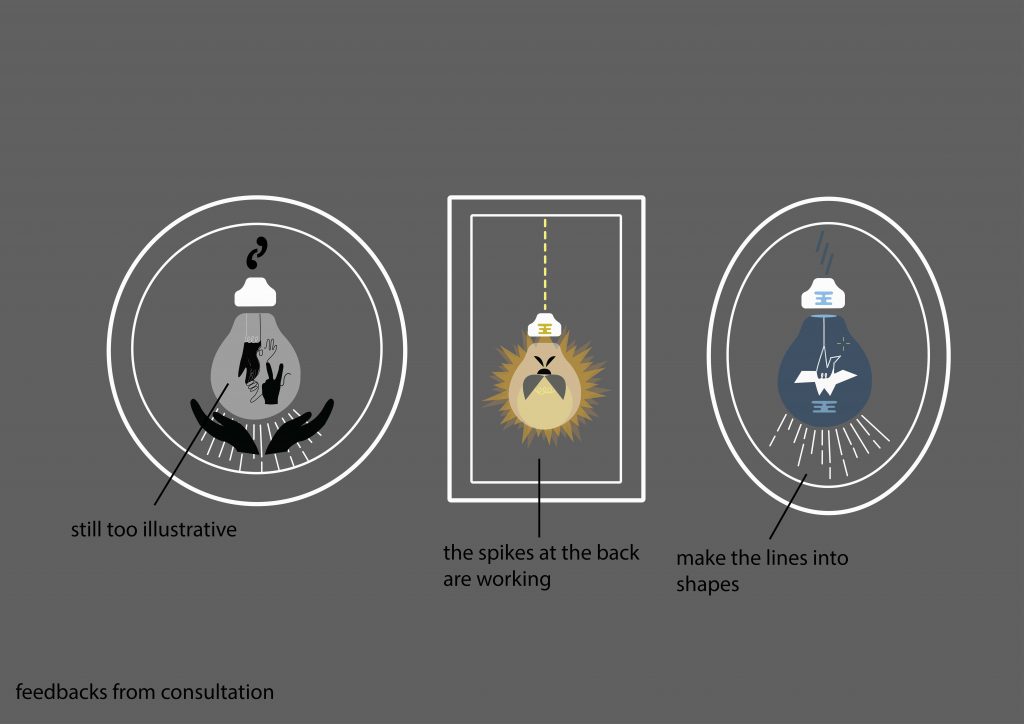 As I wanted to bring out the element of “light”, I explored the ways that I could. Using lines as sunrays, as seen in the illustrations. Or through paper cut-out of simple rectangles, very much like the one seen below that I had found  on Pinterest. 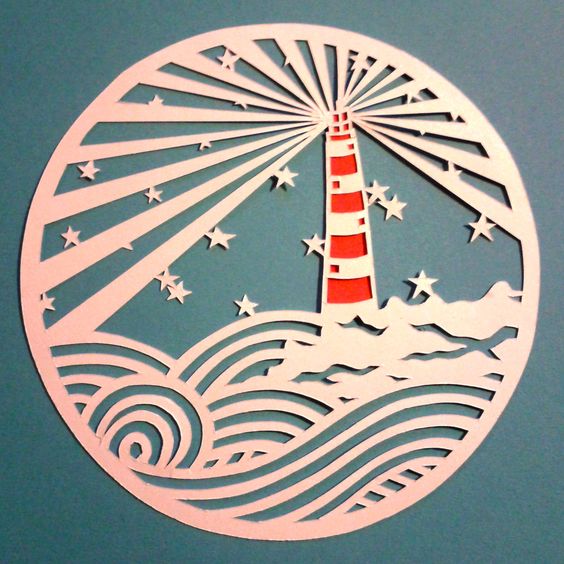 Hence, I incorporated the cut-out element to bring out the illusion of light. I thought this was a better treatment than merely using lines since the graphics will be hanged up.

One thing I struggled with throughout the project is showing in my graphics figure-ground relationship. However, I overcame that by being more conscious of what I am working towards – logo creation.

Initially, my graphics were towards the illustrative end, using more lines than shapes. I was advised to reduce the number of details, replacing important details with shapes that might be suggestive of the element that I am going for. Using the gestalt theory, line of closure, principle of grouping, similarity and proximity. Through this project, I am more aware of my treatment towards shapes, bringing them together to form a graphic itself, using minimal elements.

Lastly was my craftsmanship. The cut-out on every image required meticulous skills (which I initially did not possess) because of its close proximity to one another and the texture of paper that I had to deal with. Also, my designs were in an oval frame, but I changed it to a rectangular frame due to the difficulty in achieving a smooth cut-out for an oval frame.

Concluding this project, Therapeutic Graphics allowed me to explore more about shapes, and increased my awareness in using lesser elements to convey a message. It also forces me to move away from an illustrative point of view to one that is more aware of figure-ground relationship. Despite all the difficulties, I thoroughly enjoyed exploring and researching on various way designers create their logos for a brand.

Meaning of the Origami Crane

The History and Symbolism of the North Star