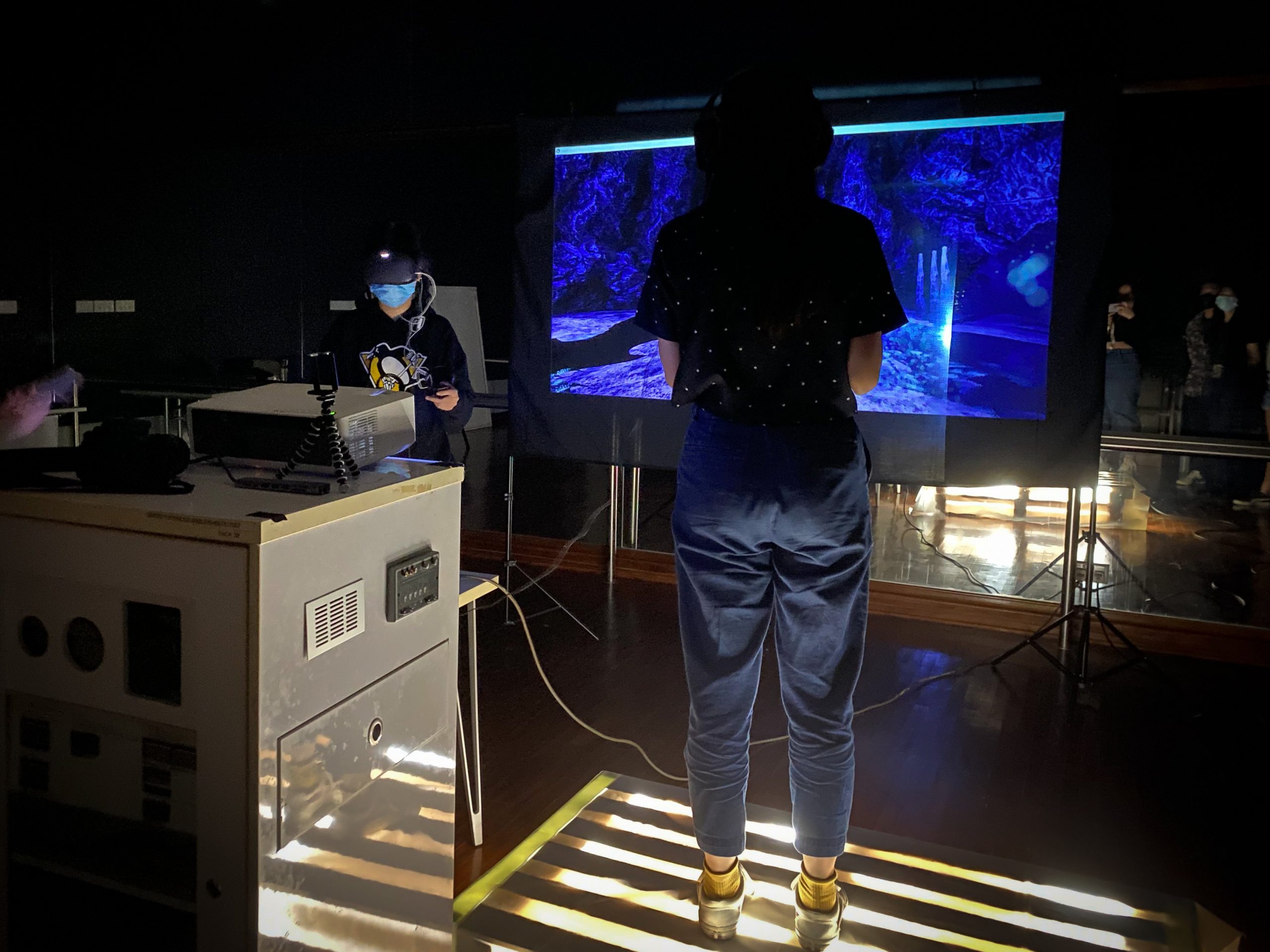 This project formed as it developed. Even till the last week, I was still deciding the set-up and the method of performing the interaction, whether it be virtual camera, or phone, or VR. Instead, what I knew I wanted was how the space was suppose to feel and the fundamental idea of breaking up the steps to having a simple conversation. With the vision of wanting others to find solace in the complexity of life, to understand that everyone out there is on their own journey, I wanted to set everyone back to the idea of ‘Talking’ and ‘Listening’ and ‘Seeing’. Technically, the whole project doesn’t have to be split up into these 3 “stations” and could potentially be just one entire game on one PC. However, I was determine to pull through with the setup in the dance room because its the concept that when times are tough, you need to split things up and intentionally take it one at a time. In the midst, to seek comfort in the realisation that each random passerby is living a life as vivid and complex as your own.