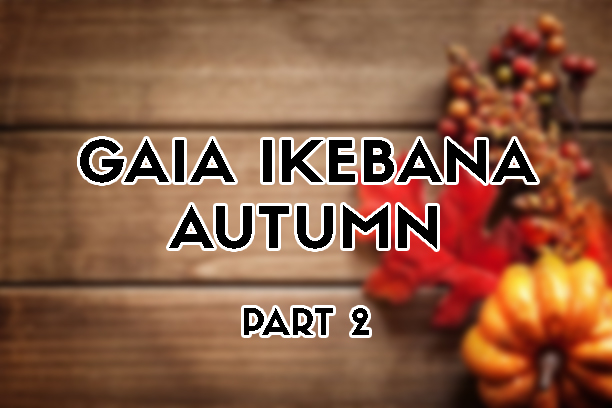 It is getting colder and darker; leaves are falling from the trees. There is a chill in the air overnight, frost on the ground in the morning, mist and fog in the air. Dry, dead leaves crunch beneath your feet and clouds appear when you breathe out. There is still a lingering warmth but always a constant reminder of the cold to come.

This is a quote I found describing Autumn and I believe it’s a good overview description of my final food model. 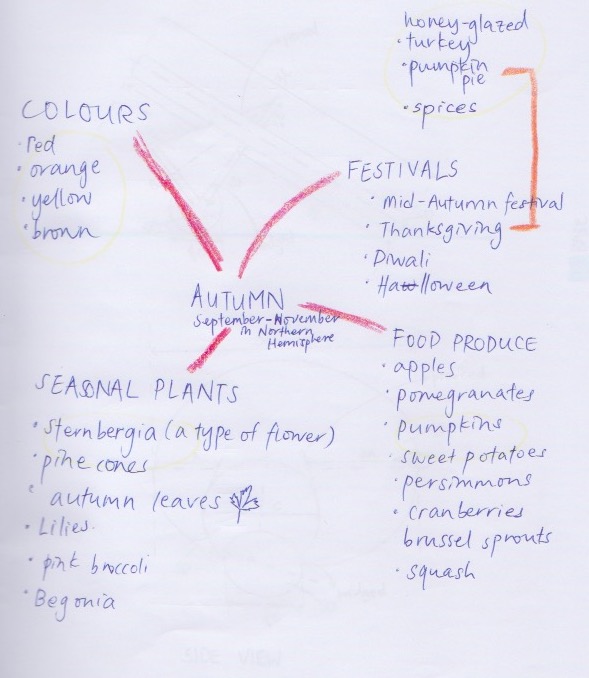 For my final food model, I chose to work with the theme of thanksgiving because I felt like with this theme I could bring in the taste aspects of savoury and sweet. This contrast in taste would be able to enhance the different properties between the D, SD and SO.

Thanksgiving began as a day to give thanks for the blessing of the harvest and of the preceding year. 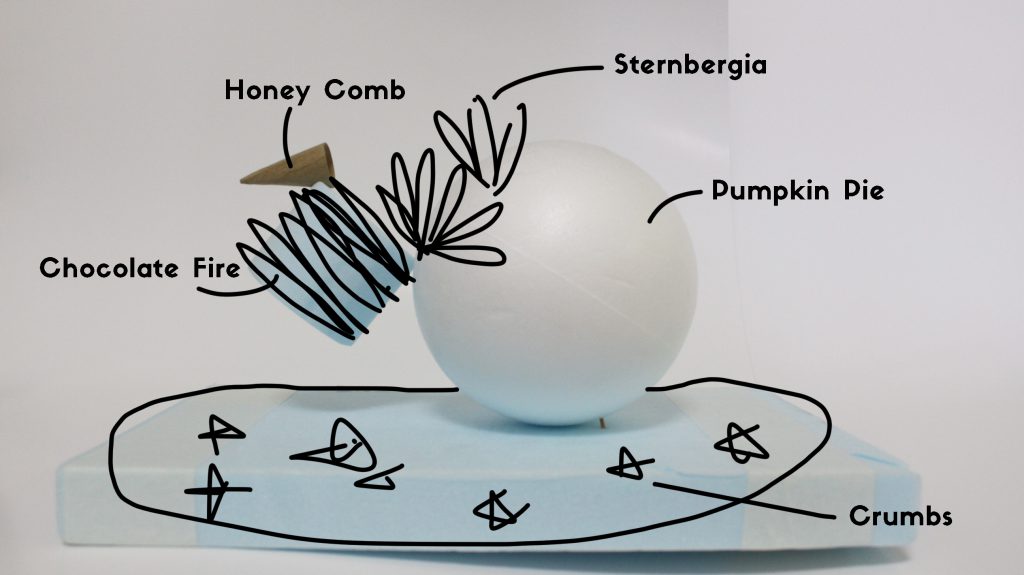 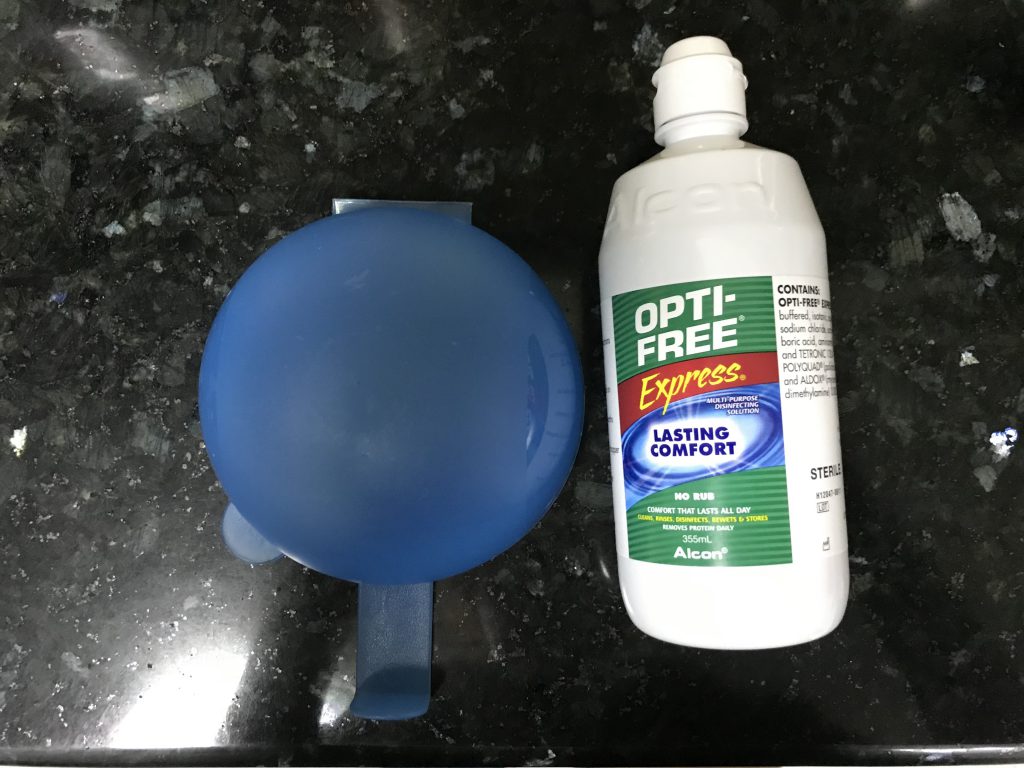 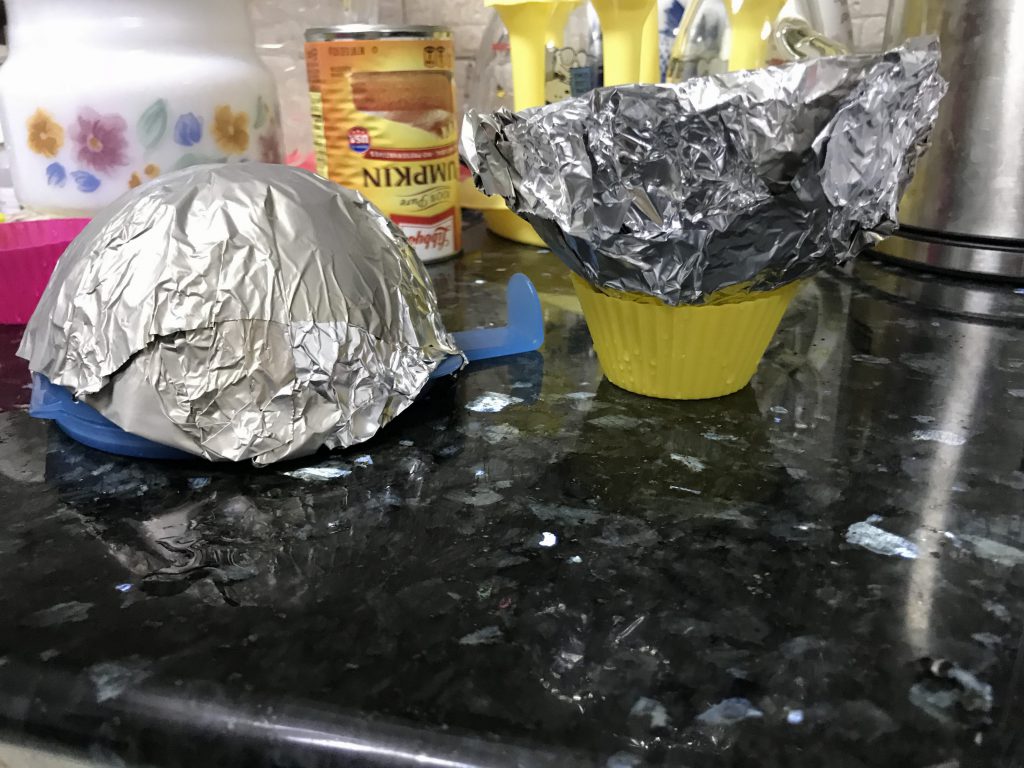 How it turned out! 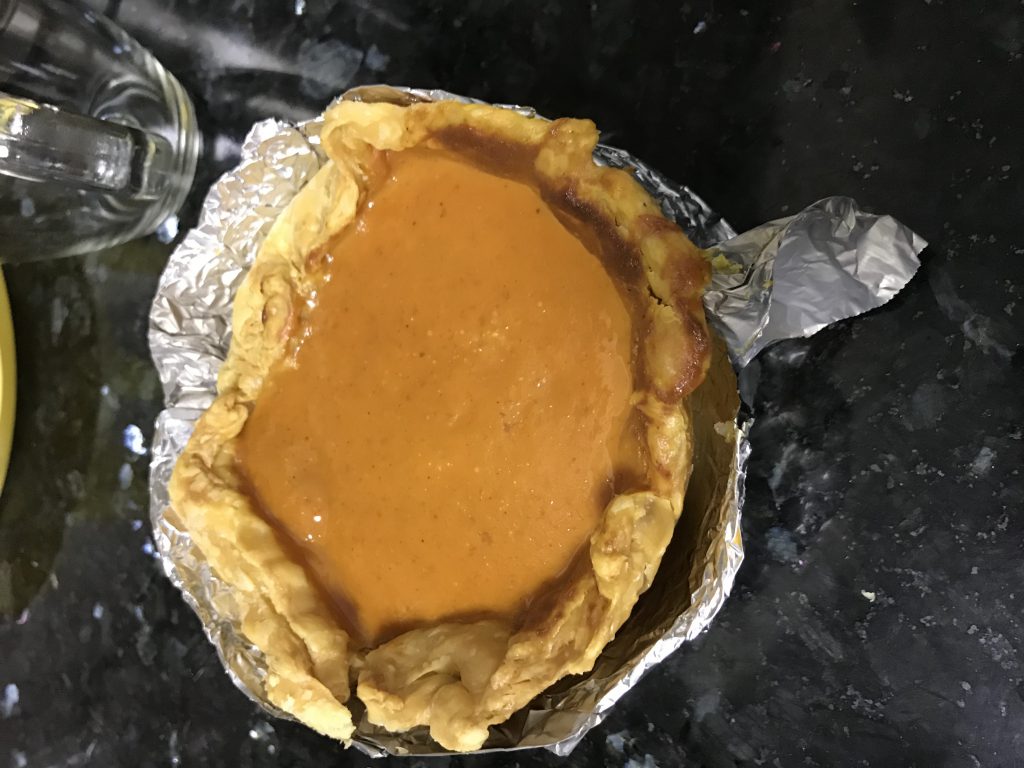 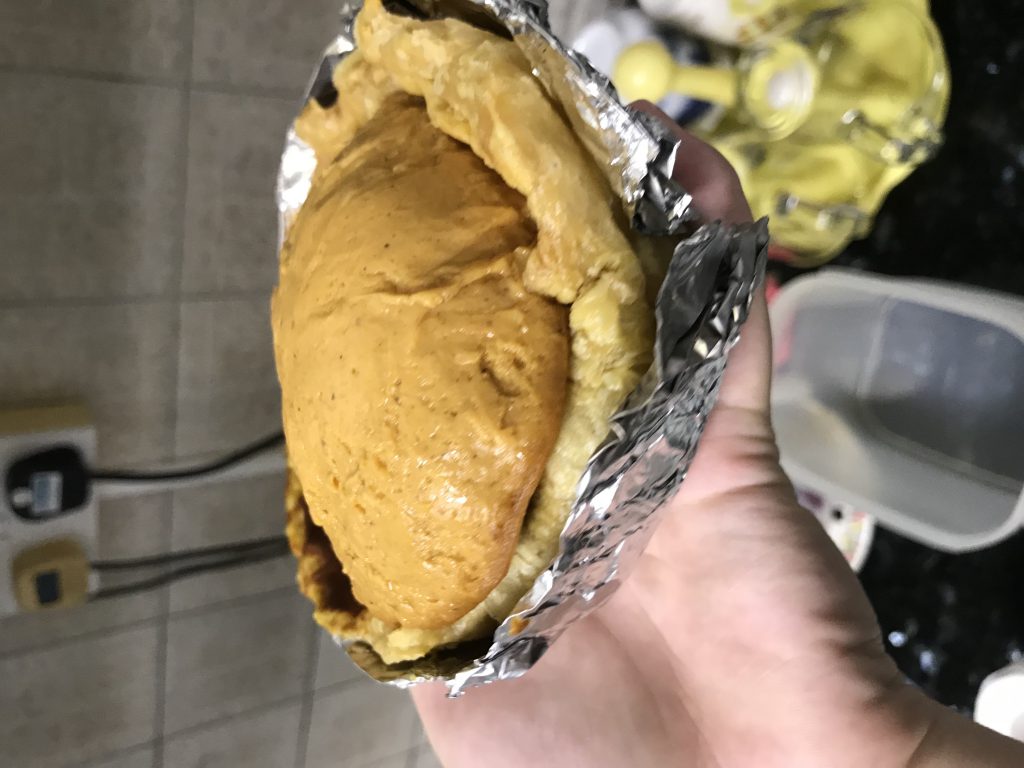 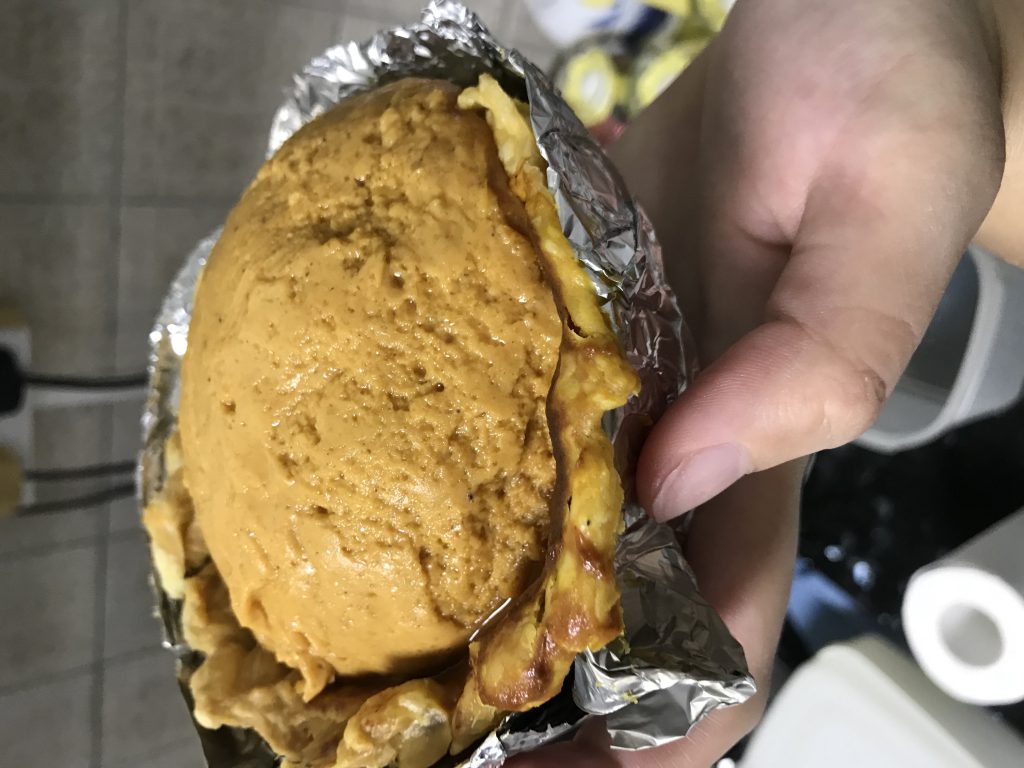 Next, make the chocolate fire by following this youtube video (https://www.youtube.com/watch?v=k0XcA9yi6uQ). 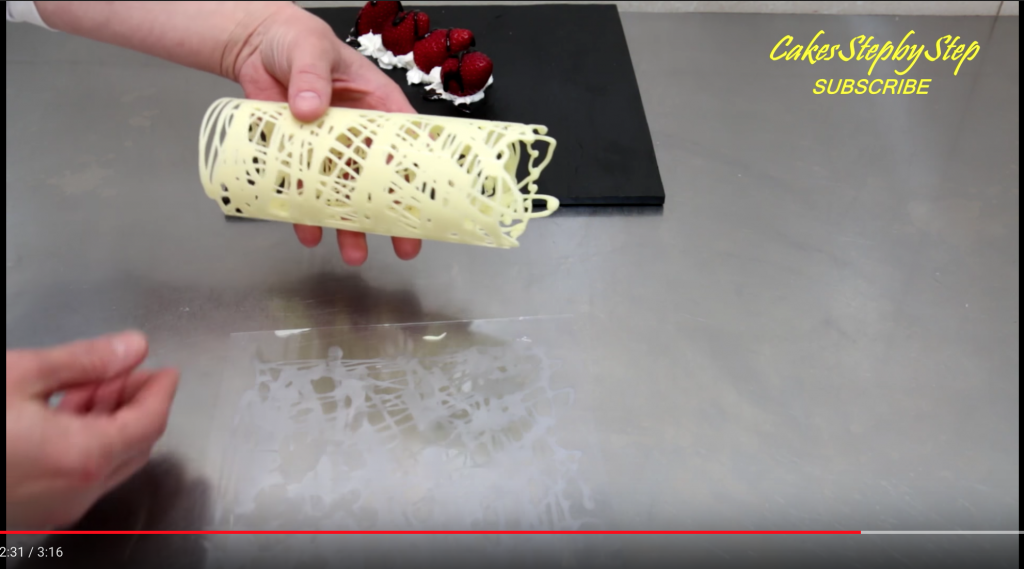 But, everything that could go wrong at this step went wrong. 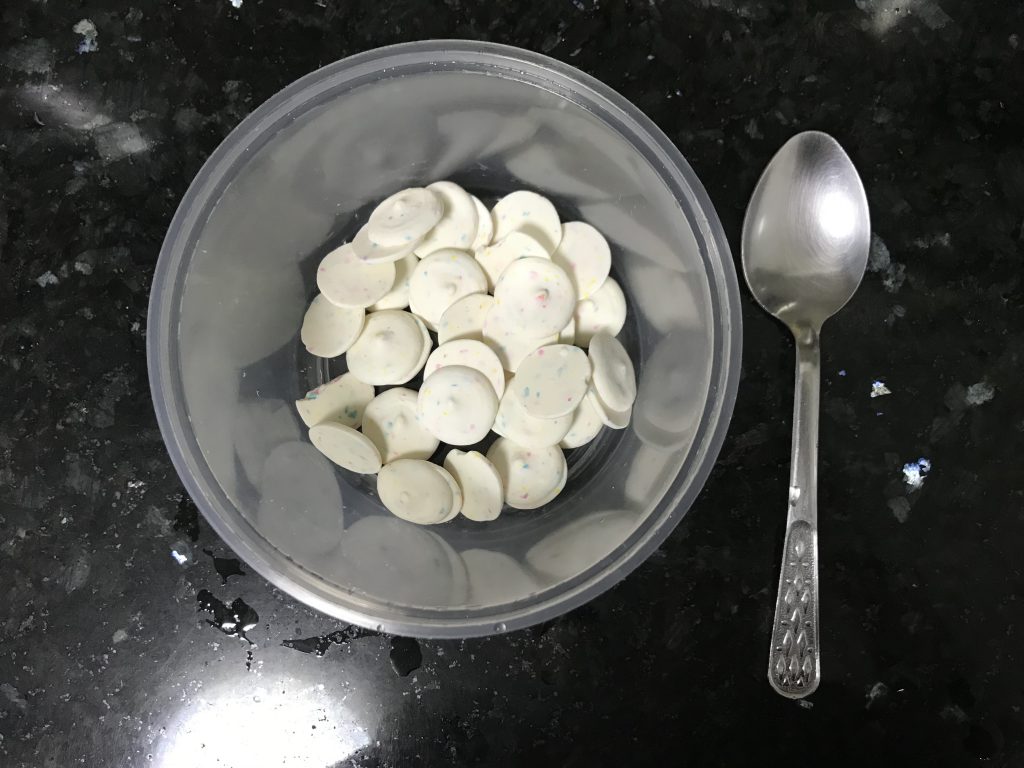 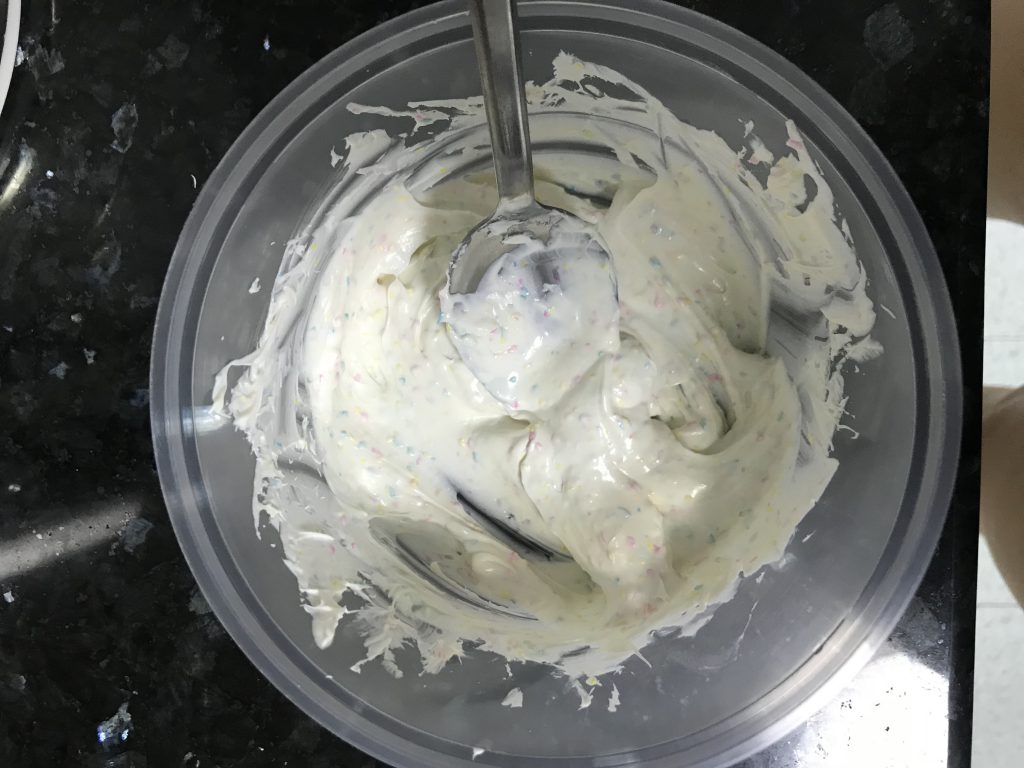 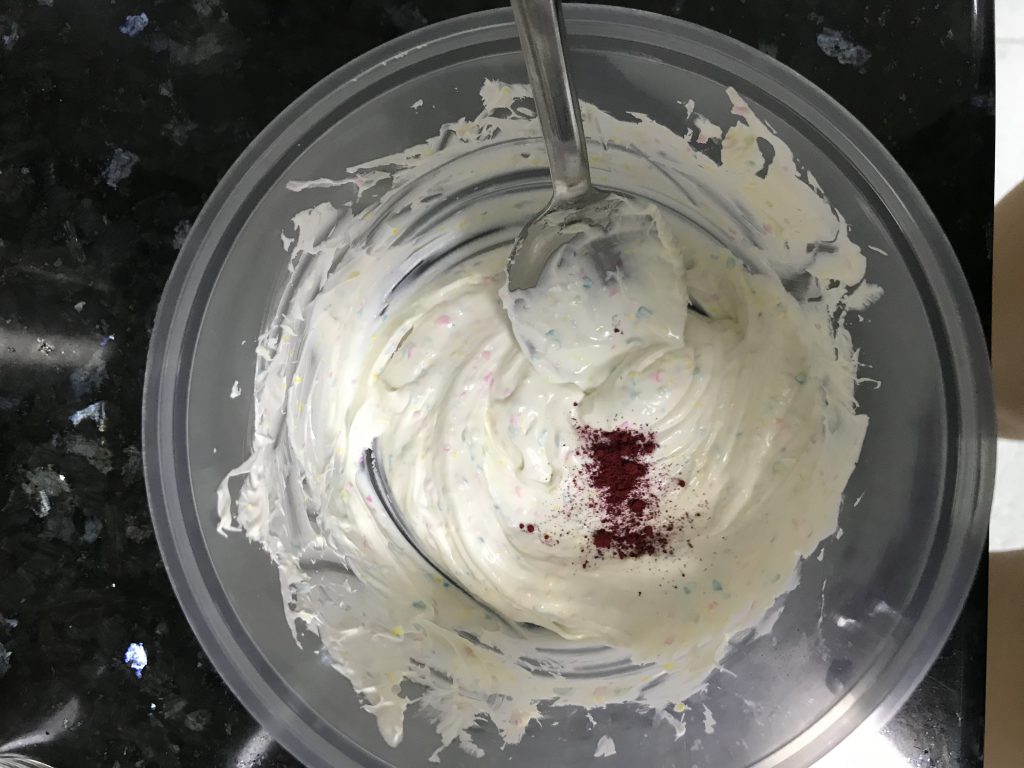 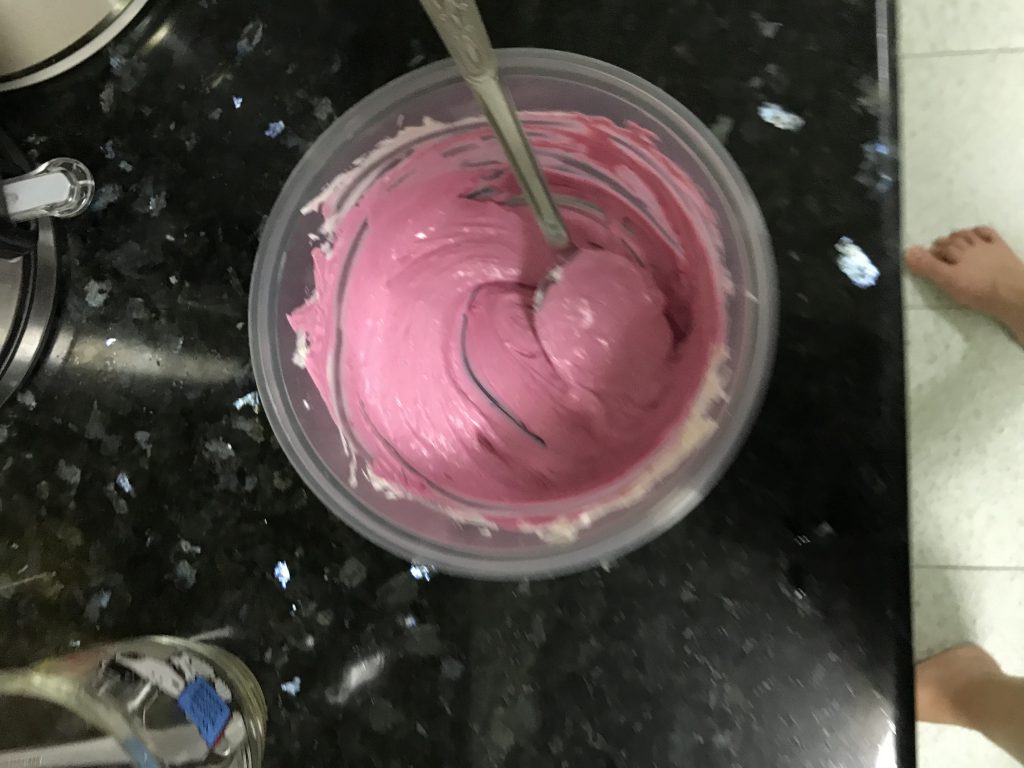 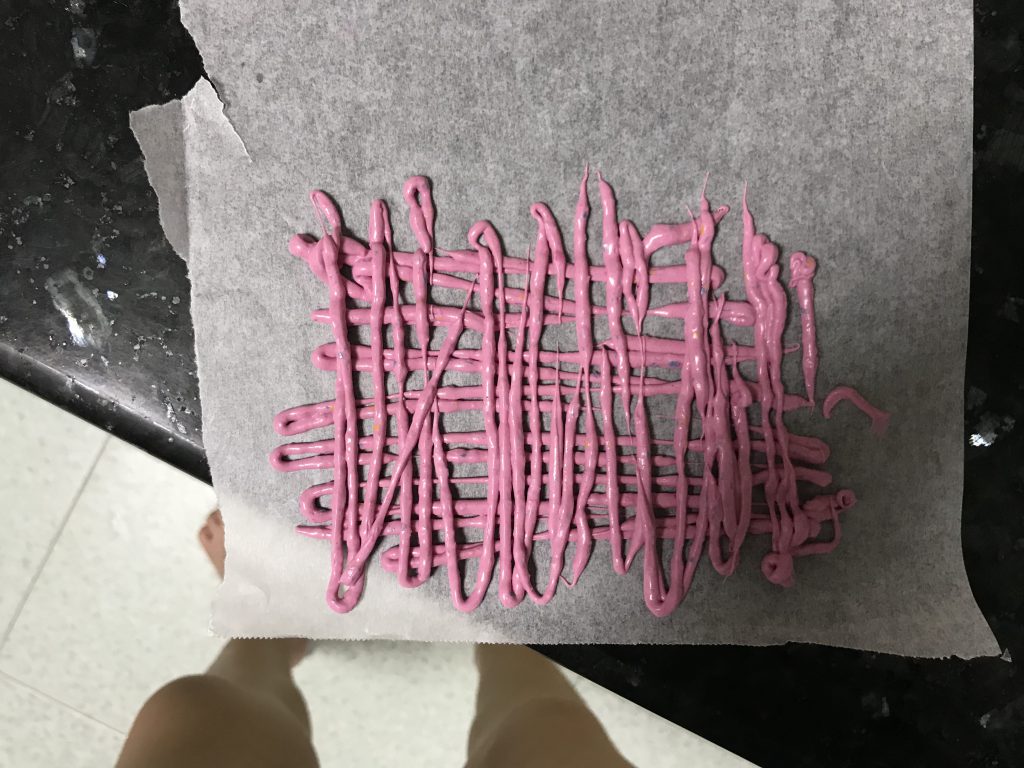 It came out a shade too light. So, I tried again with another food colouring. 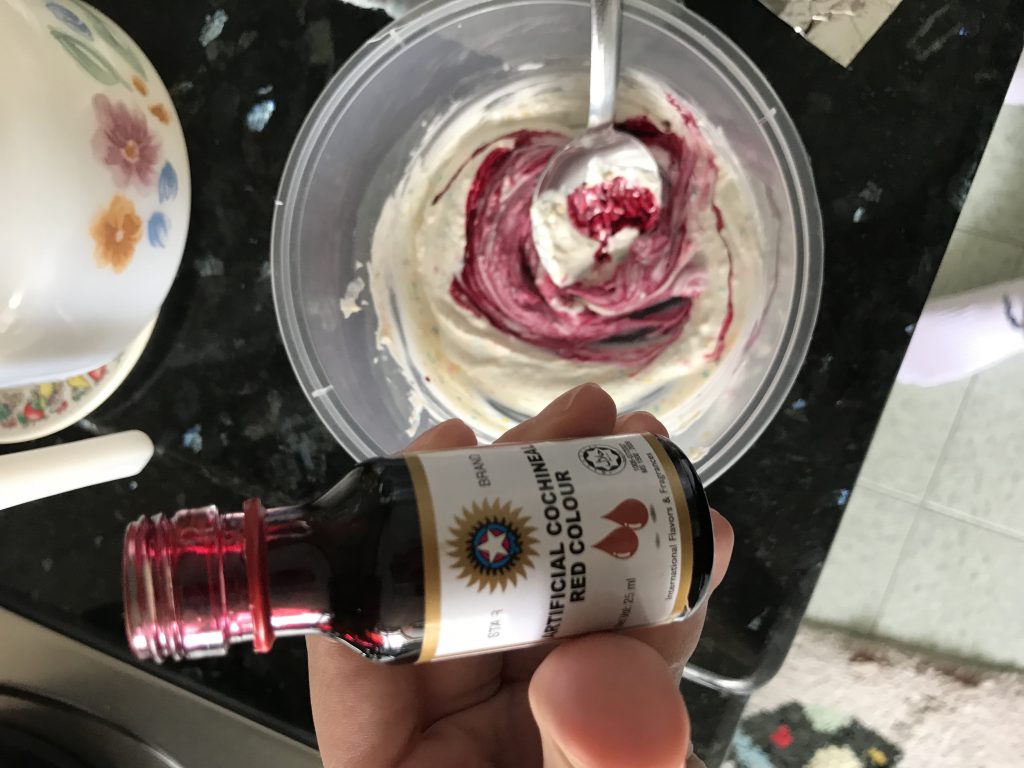 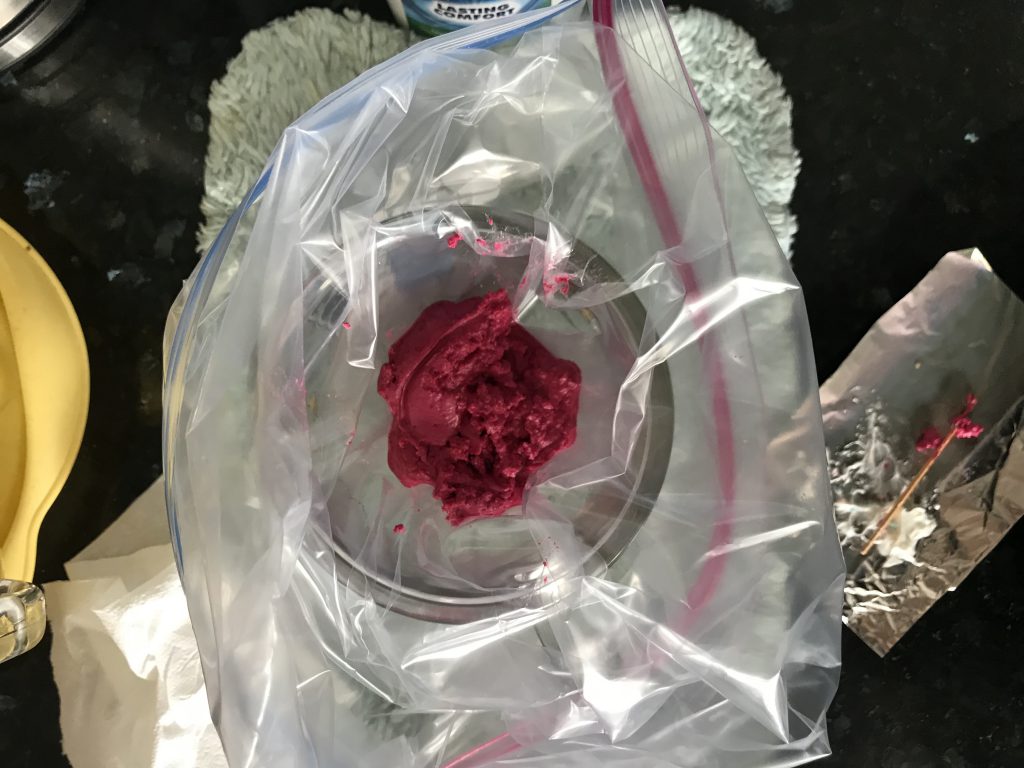 Now, it’s a darker shade of pink but still not the pink I wanted.

2. I could not get the chocolate thin enough to form the fire shape.

On the first try, it was too bulky, back-firing on what I intended. 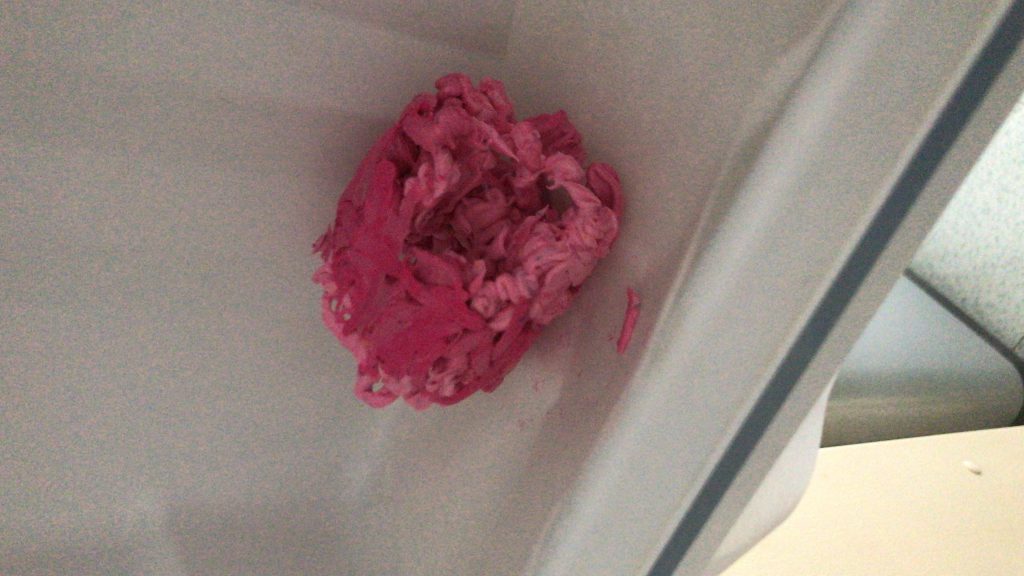 On the second try, the chocolate foil couldn’t even be rolled up. 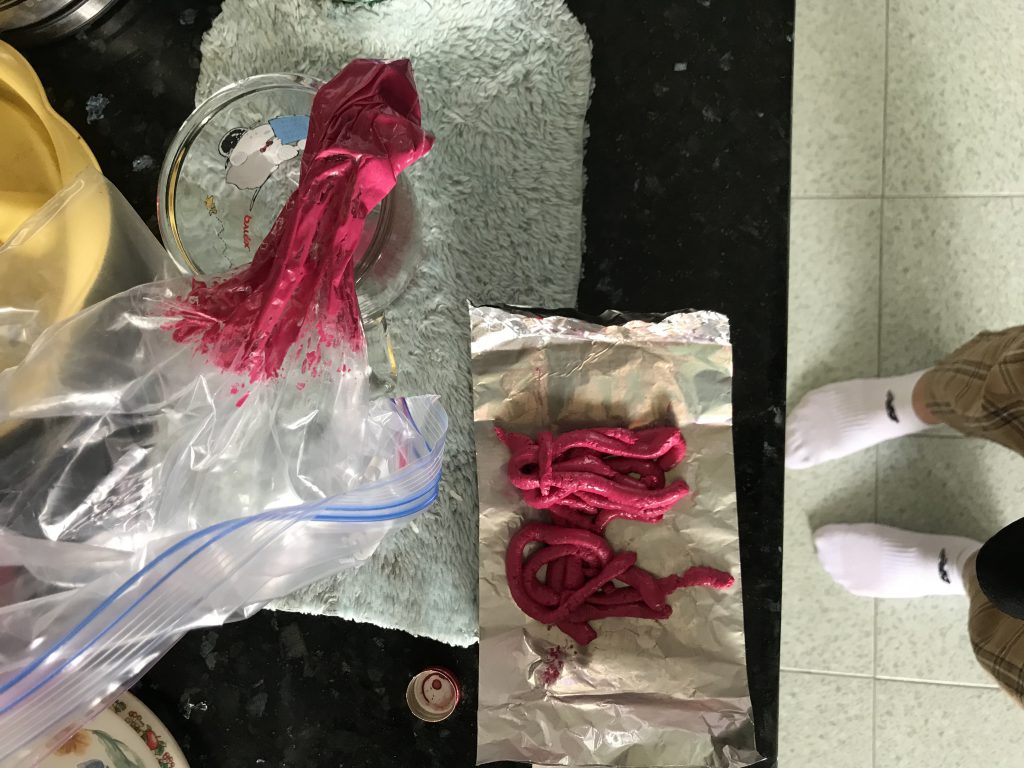 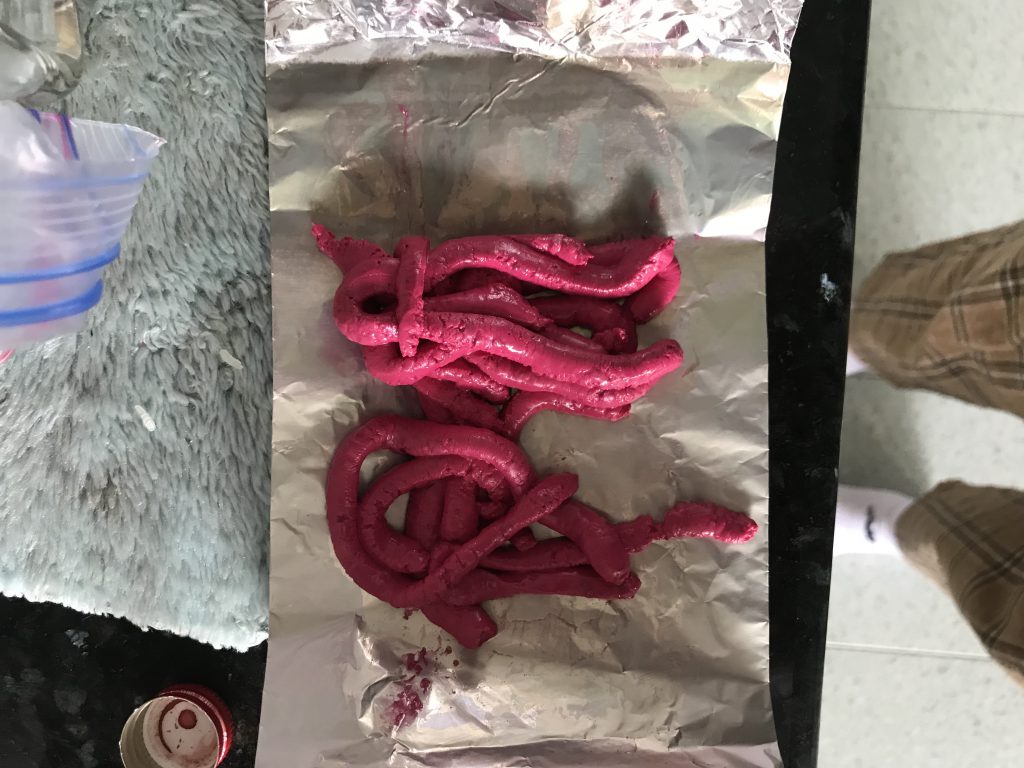 At this point, I gave up and evaluated what I could do so I decided to replace the initial chocolate fire idea with turkey sausages instead. 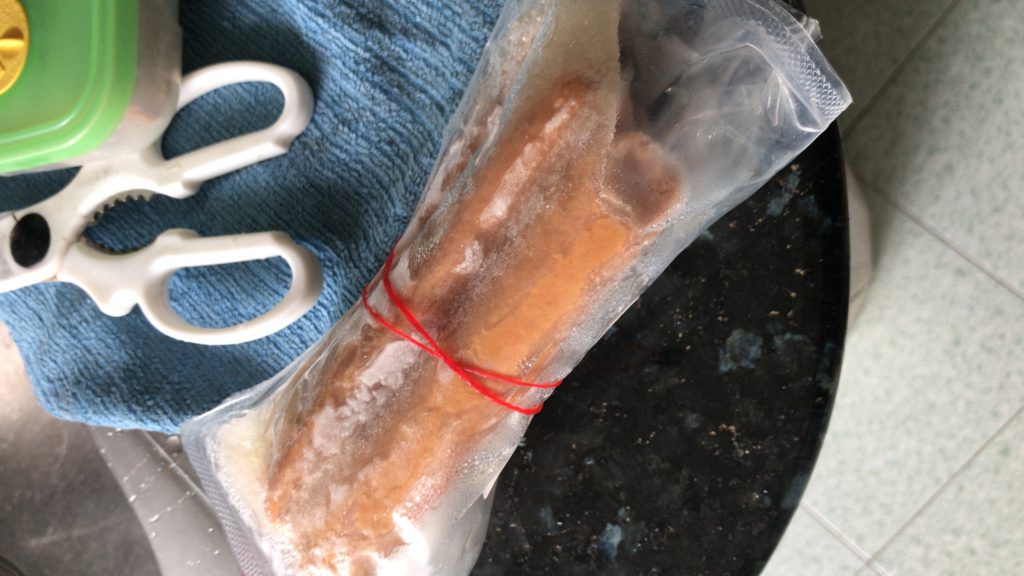 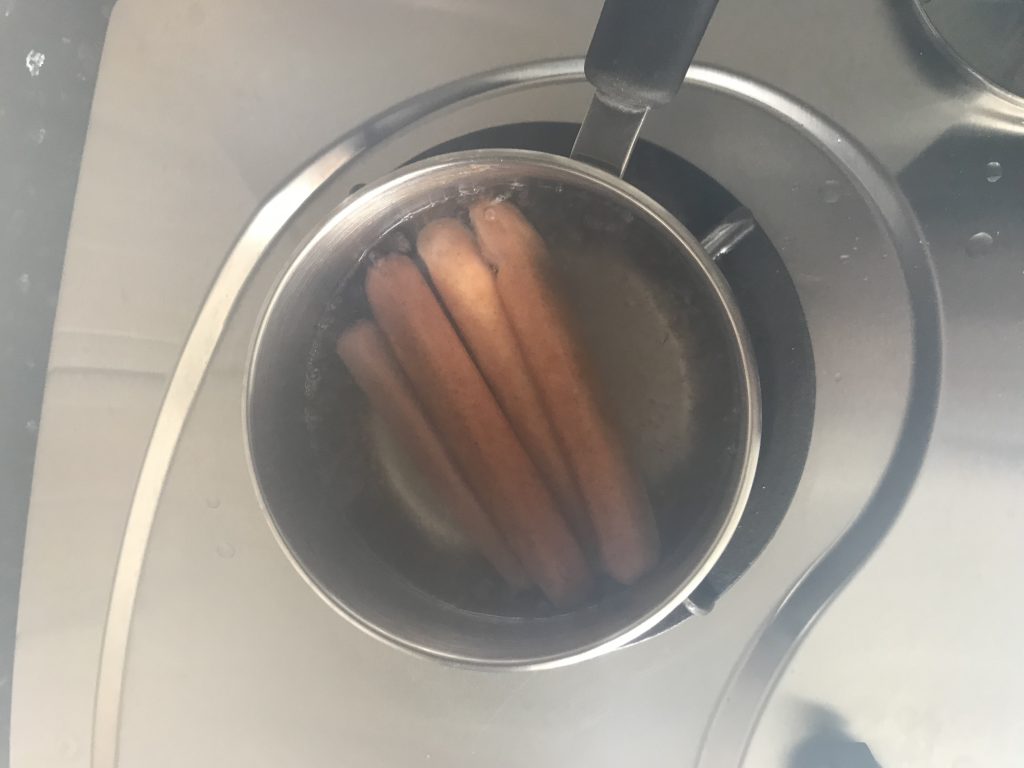 It was held together with toothpicks.

I made the cone out of honey comb chocolate to signify honey-glaze turkey. 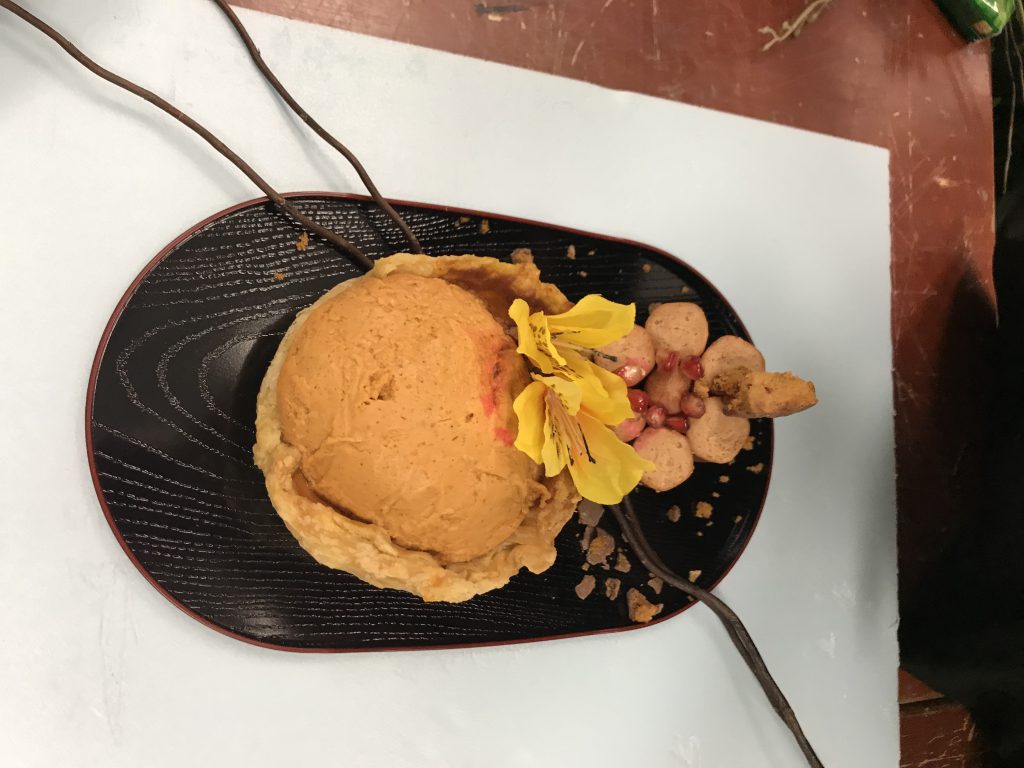 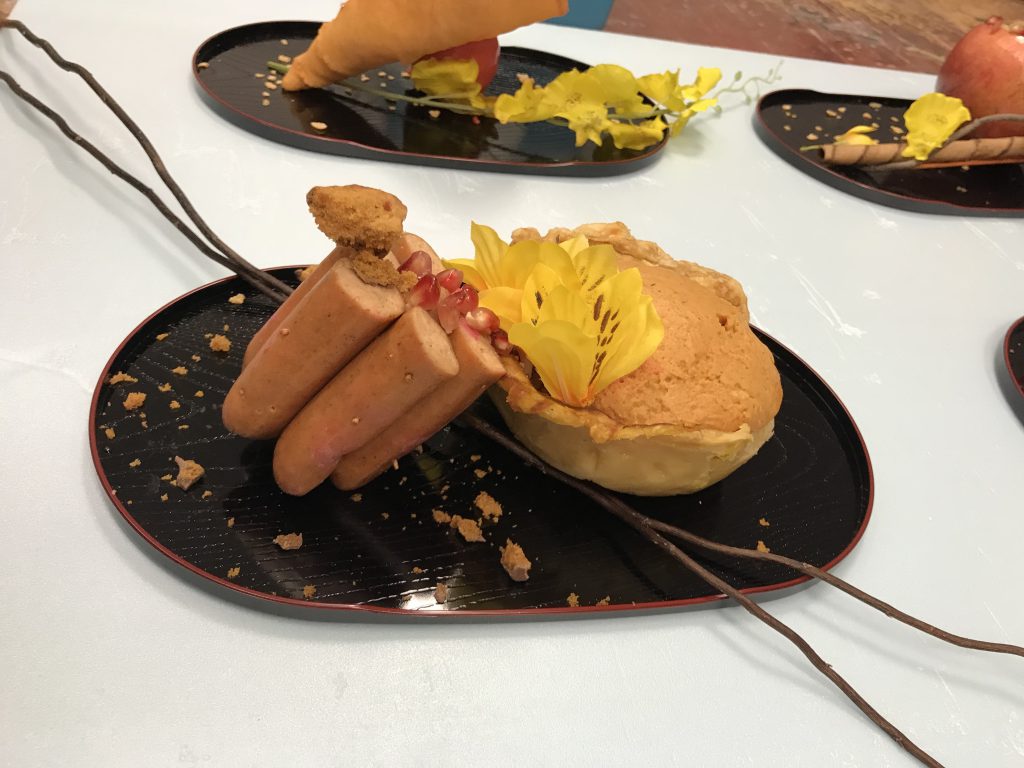 However, after consulting with Cheryl, she made a valid point that the sausages is stealing the show from the pumpkin pie because of its bulkiness. and how similar they were in length. So I made a reduction to the number of sausages and also the cone. 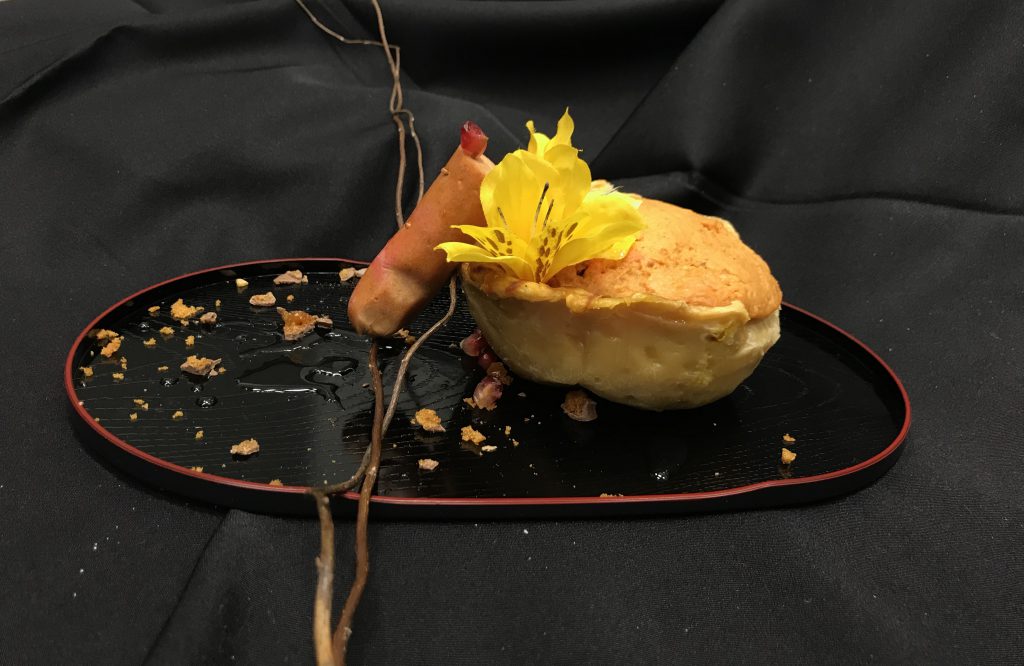 I am happy I made the change to this composition because 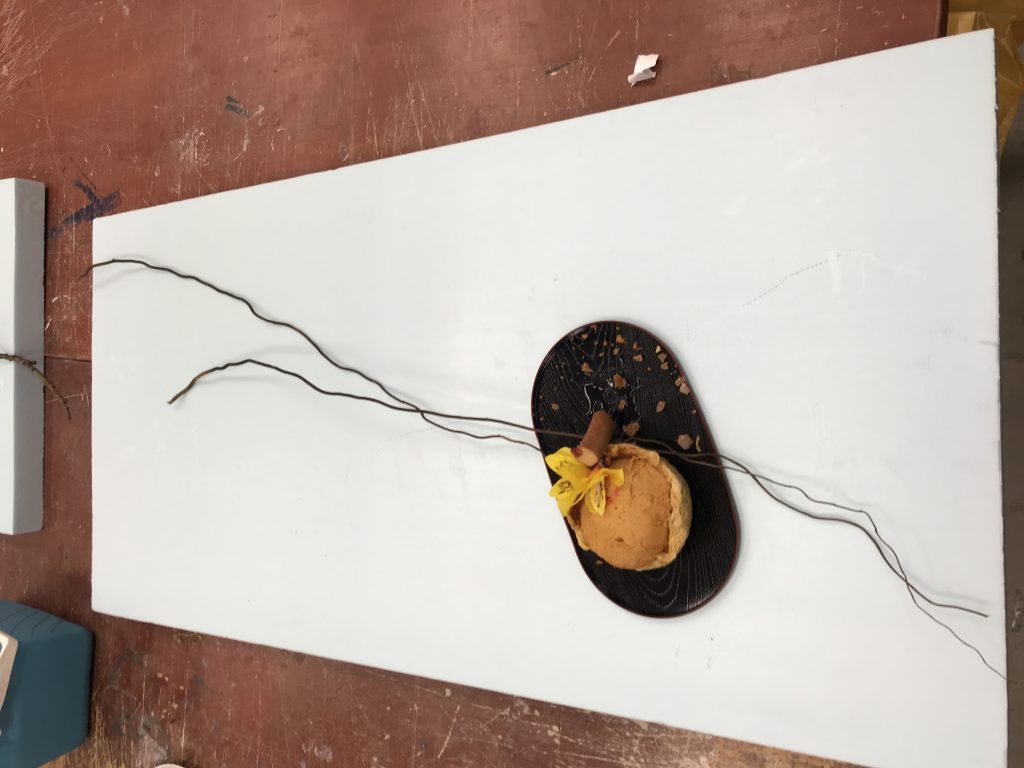 This was the twig I used. It was a relatively long twig placed in the ratio of 1:2 in relation to the dish. 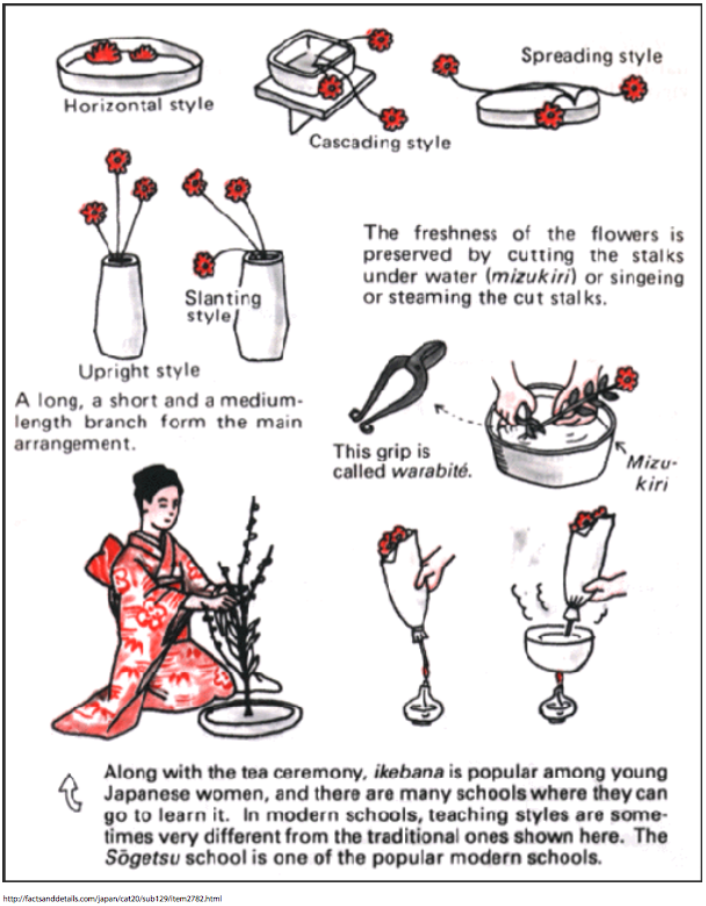 I wanted to bring out the rather horizontal layout of my composition but tweak it to make it more interesting by putting it at an angle to the dish. Not going to lie, I am also very inspired by Cheryl’s long twig example haha. I also referenced a few other arrangements. 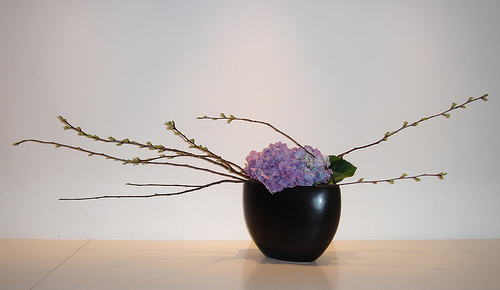 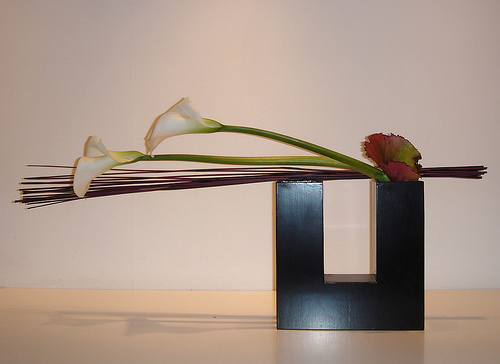 With reference back to the quote, we decided to present ours with an orange warmth light as well as a light hearted background music to bring out the Autumn atmosphere as described. As for plating we also have crumbs to represent dried fallen leaves and honey to represent the warmth autumn twinkle. 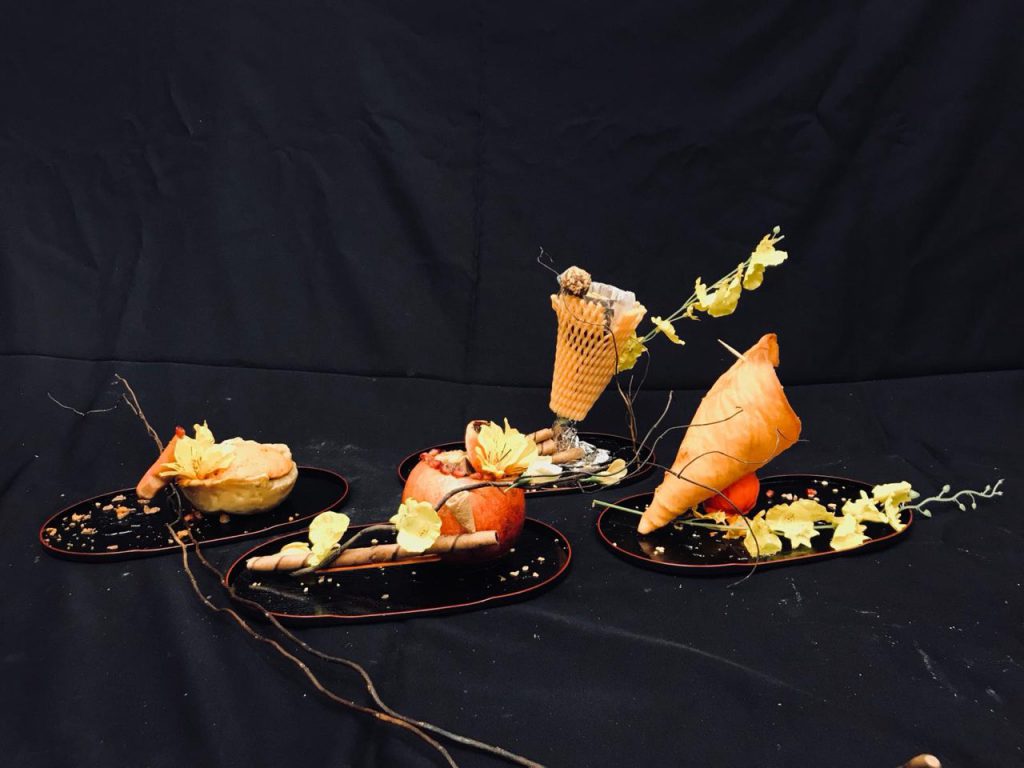 Here’s a video of Autumn babies:

Hope you enjoy this documentation! Thank you for reading 🙂