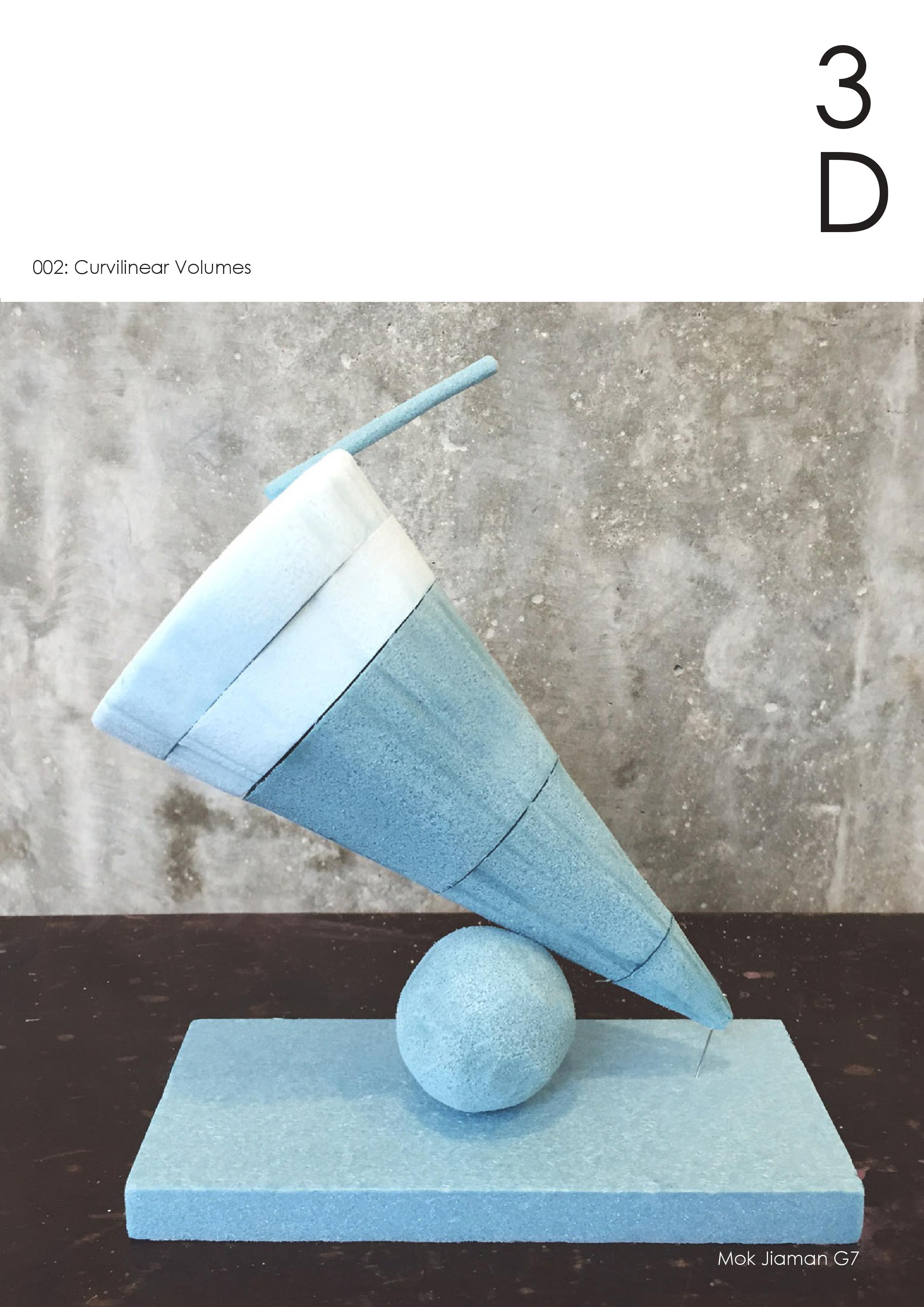 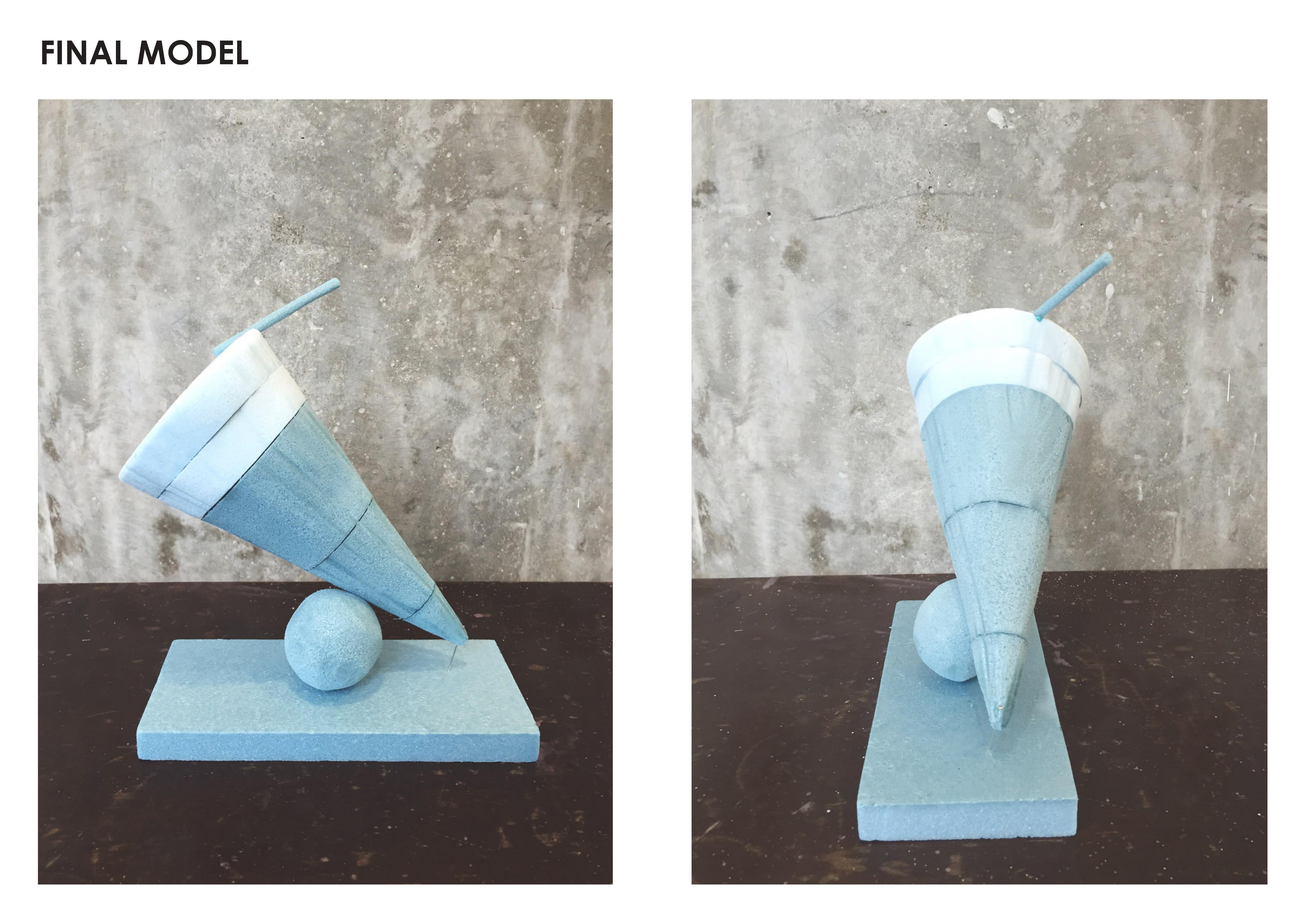 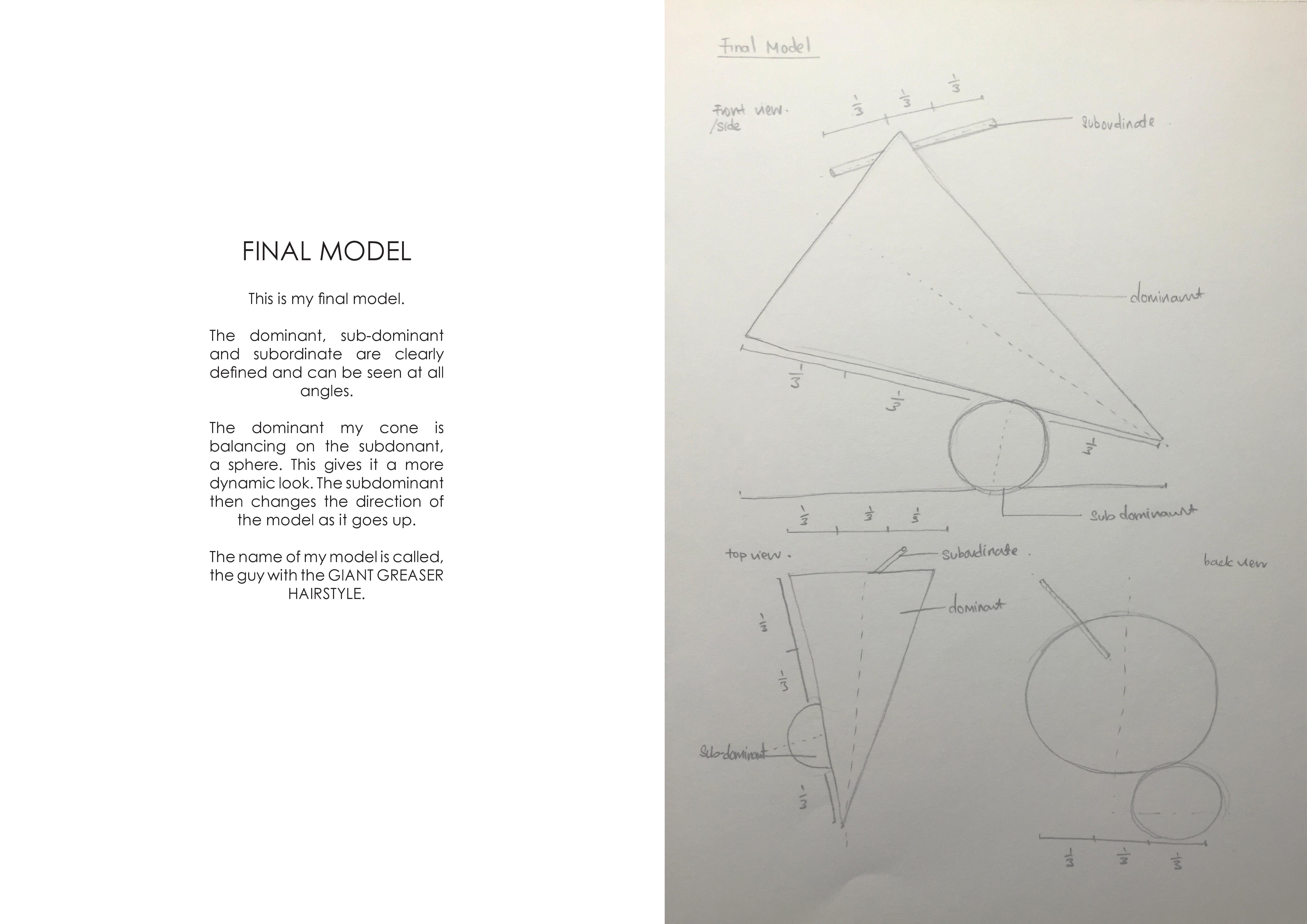 This is my final model.

The dominant, sub-dominant and subordinate are clearly defined and can be seen at all angles.The dominant my cone is balancing on the sub-dominant, a sphere. This gives it a more dynamic look. The subdominant then changes the direction of the model as it goes up.

The name of my model is called, the guy with the GIANT GREASER HAIRSTYLE. 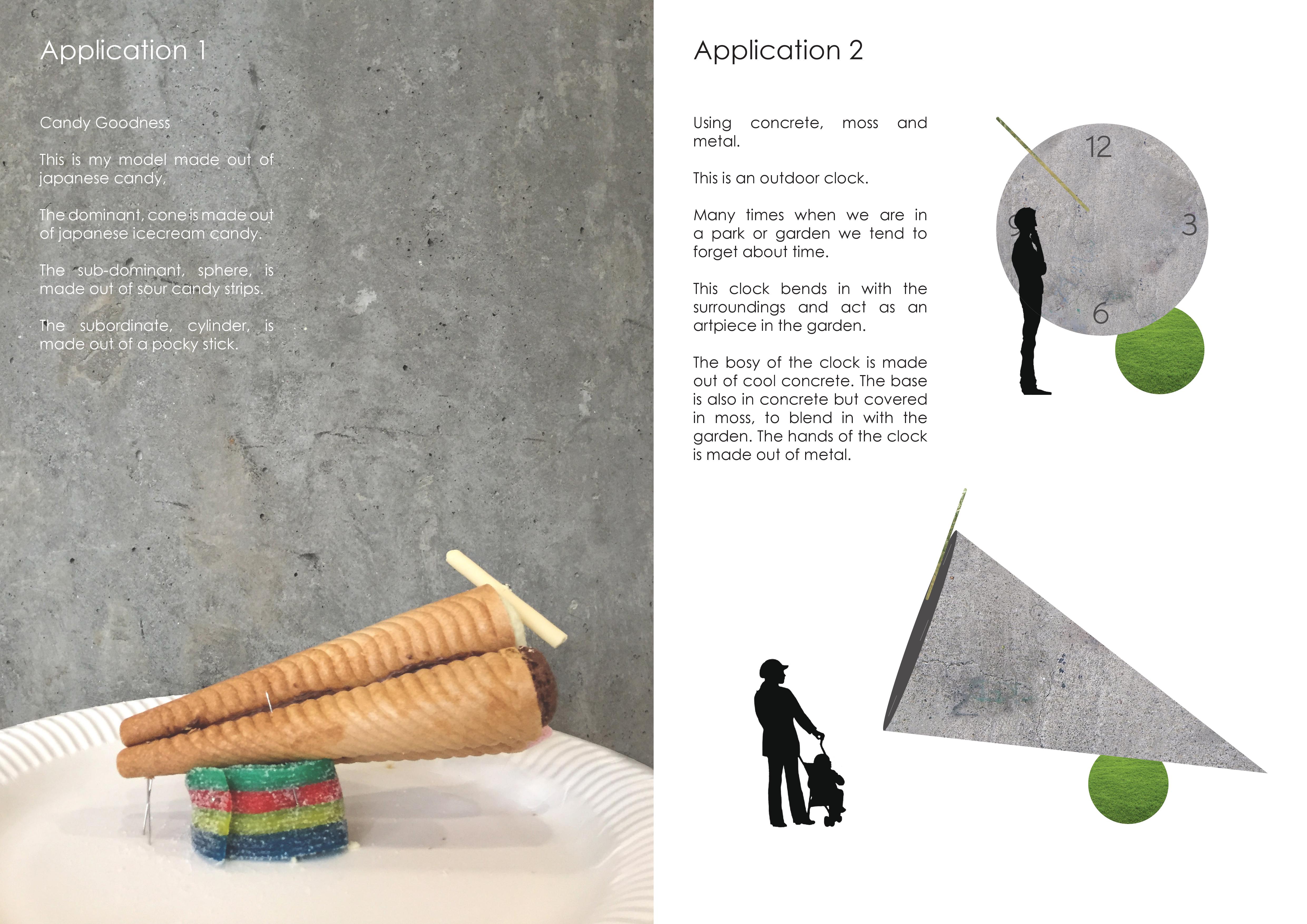 Using concrete, moss and metal. This is an outdoor clock.

Many times when we are in a park or garden we tend to forget about time. This clock bends in with the surroundings and act as an art piece in the garden. 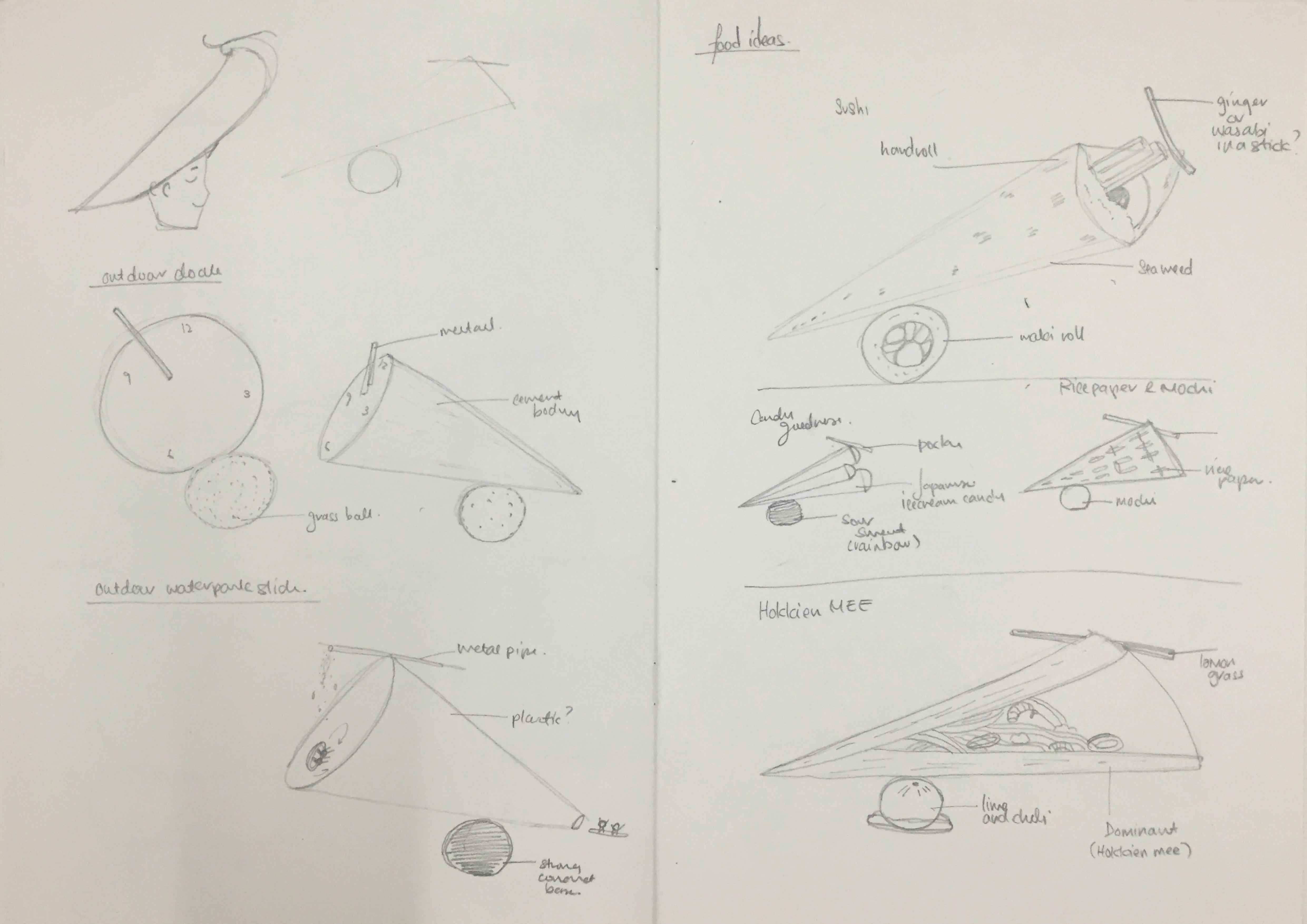 Sketches of ideas I had for my final model application.

I loved the idea of using “HOKKIEN MEE”, however i was unable to create it. The Hokkien Mee bamboo plate is in the shape of a cone and acts as my dominant. The subdominant is the lime and chili served on a spoon. Hokkien mee with chili is the best! Next the subordinate is either a lemon grass or spring onion (chong).

I’ve also thought of creating it using sushi. The handroll is the dominant, the maki sushi is sub-dominant and lastly the ginger is subordinate.

Other than food, my model can be a waterpark feature. Where riders can swing from side to side in the cone and flow down the ride. the subordinate allows water to flow into the cone and the sub-dominant, the sphere, supports the whole feature.