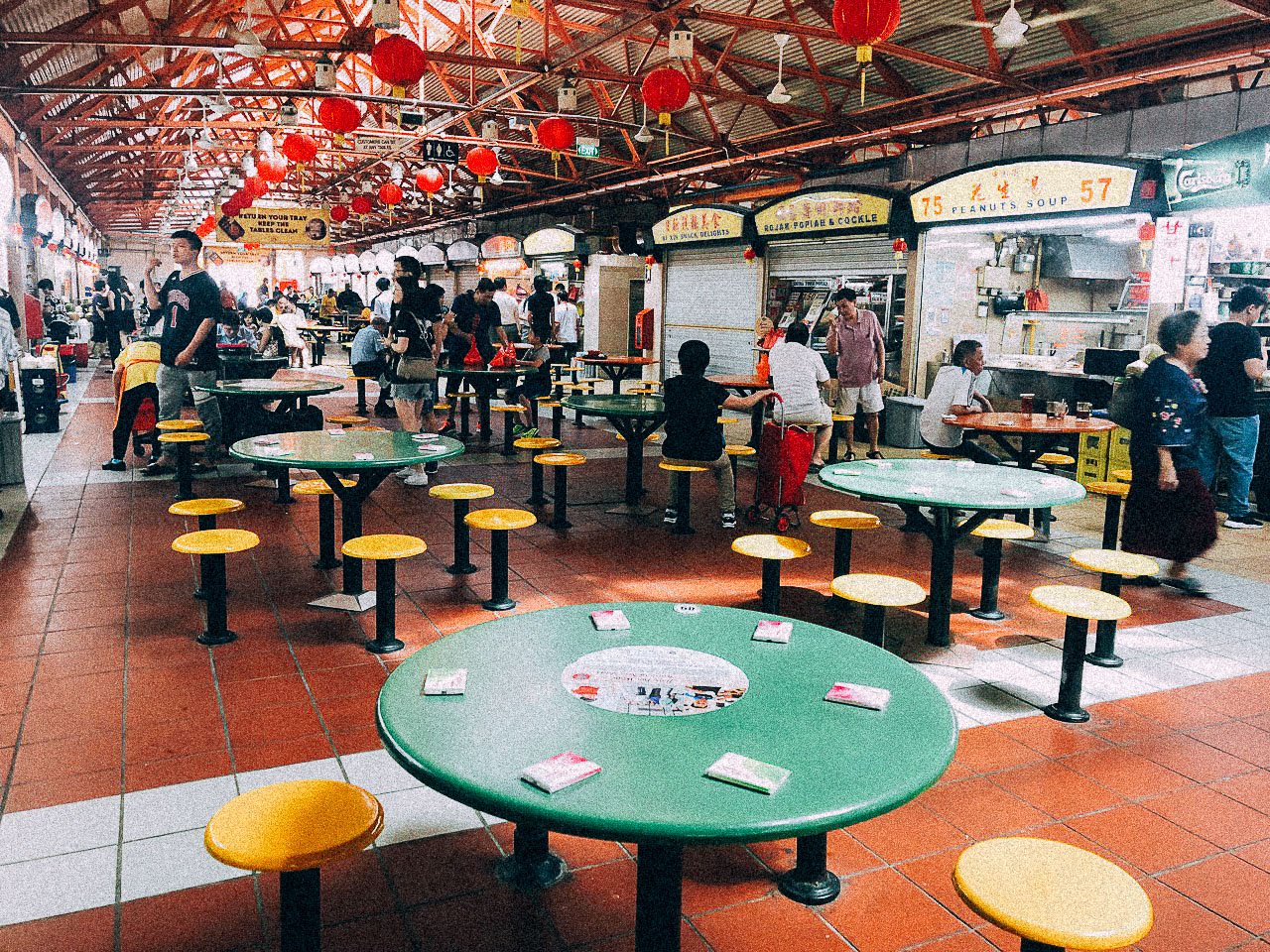 The power of this tiny tissue paper packet grows x10 when placed on a table during lunch time at Maxwell. What it represent according to the Singaporean unspoken rule is a reserved space. To mark a hungry CBD worker territory. BREAK THE RULE AND YOU HAVE 1000000000 ANGRY AUNTIES AND UNCLES, JIE JIES AND GOR GORS staring at you. Shame on you.

We were interested in exploring this idea as such a small item can create a big void in this busy marketplace. A simple act that would have been strange or weird ten years ago is so common and well understood now. Why was there a need to chope?! How has this action affected or changed the space? These were the questions we asked before starting our experimentation.

We started by arriving at the hawker centre 15 mins before lunch peak hour. We placed packets of tissue paper on three tables, using one for each seat to amplify this CHOPE! While doing this we could already see and feel the annoyed stares of the hawker store owners. We sat down on a table nearby , ordered two cups of Teh Ping and filmed the entire process.

There were many reactions to this “CHOPE” action that  we had overlooked. We were not expecting an immediate “sharing of seat” action right after they walked through our void. We knew there were empty seats further into the hawker centre, but people were just comfortable with sharing. It was interesting to witness tourist or some locals, starting around, flipping the tissues and just having conversations with their friend if they should ignore the rule and SIT!

At the end of the experiment were had to decide if we should leave the tissues there… it was a difficult choice… but we did!! HEHE! Reasons we did this was to see if the hawker store owners or cleaners will take the initiative to remove the tissues, once they knew we were gone. Also to observe this empty void from a different angle and distance. We could see an angry cleaner auntie complaining to the hawker owner about us while pushing her trolley around our tables…but not removing them!  The taiwan family who sat down was still happily using our tissues.  We also observed other tables being “CHOPED” nearby! 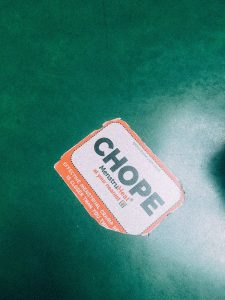 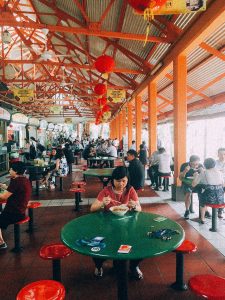 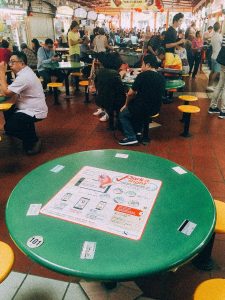 In conclusion, it was a really exciting experiment and amusing to learn that by creating an intervention in a space, we forced people to interact with each other.