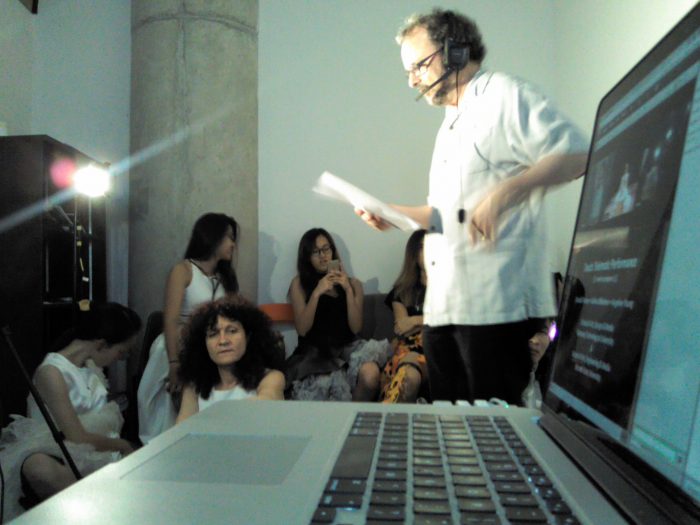 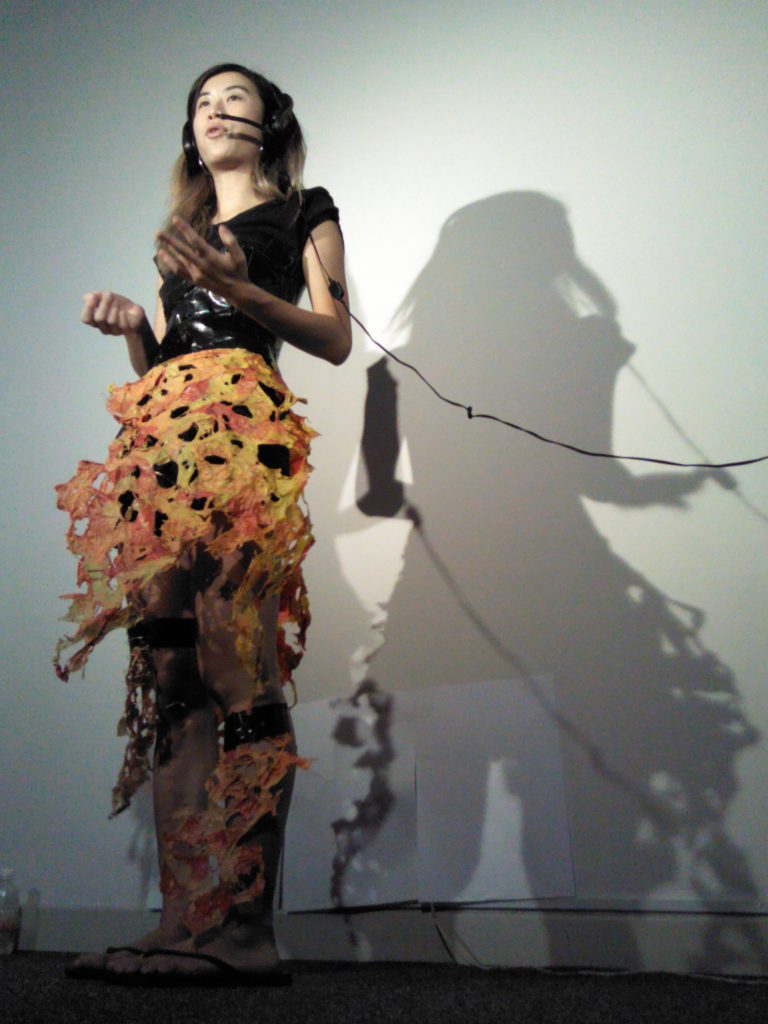 As we approach the final performance, I shall reflect on the conference that happened last week. It was nice to hear an outsider’s perspective regarding our Touch performance and their interactions with Prof Randall, Prof Galine and Angelina. I thought it was nice to have each of us talk about the concepts behind our individual roles and our costumes while wearing them as it really made the picture clearer regarding our individual performances and how it ties in to our costumes. I shall sum up what I said during the conference below

The concept behind my costume was inspired by a video I watched of a snake swallowing a deer. I found the idea of a snake swallowing something much bigger than itself to be very intriguing. The constricting and expanding movements were especially sensual in a beautiful kind of way despite the fact that it was consuming something. I decided to explore this predator-prey relationship further and decided on creating something raw and flesh like to relate back to this animalistic behavior.  I also wanted the dress to look like it was torn apart so its a combination of the prey and the predator look. My movements were also inspired by the video so it involves a lot of contraction and expansion.

One of my concerns regarding our performance would be how extensive the whole piece is as it involves many people and a combination of different concepts all tied into one. I was initially sceptical towards how it would turn out since incorporating dance, electronics and connecting through virtual reality seemed very ambitious to me. However, as the rehearsals went on I saw that it was through the process that the element of “Touch” was found. It was during those moments when we tried to connect with Angeline on screen through positioning our bodies and coming up with new movements on the spot to fit with Angeline that we experience “Touch” through the virtual reality. It felt amazing to feel her become a part of us despite not being physically present beside us. I hope to experience this again during the final performance and finally have a complete understanding of “Touch”.