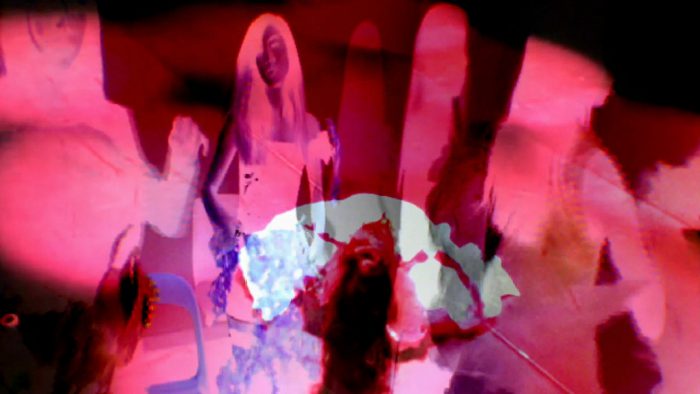 When I saw how real virtual reality can be, and that we can replace human vision with virtual vision, this can be the ultimate platform.
– Brendan Iribe

Virtual reality or the third space has been usually seen as an inadequate replacement to connection in the real world, in fact, it has also been criticised as the reason why people lose connection with others. With so many science fiction films reinforcing the flaws presented by technology that deals with virtual reality (Total Recall, ExistenZ..), its almost hard to believe that there would be any connection worth pursuing in the third space. Yet, recently, we have the launch of the Oculus Rift and its CEO, Brendan Iribe, still believes in its potential as something that will eventually be a regular part of our lives. Personally, I thought ‘Touch’ the performance was as the name itself suggests, the most intimate experience that allowed me to see this side to virtual reality.

We have certainly come a long way. Starting out with introductions to new media and art such as Annie Abrahams “The Big Kiss” or Jodi.org, it was truly an eye-opening experience to the third space. Perhaps to most people, the idea of a research critique would sound incredibly boring, but I thoroughly enjoyed those assignments. Through the research pieces, I learnt a lot more about the artists and their reasons behind their work and their opinions on the third space which was all very new and refreshing to me despite some of them happening almost a decade ago. It just goes to show how much I have yet to discovered about art and new media itself. 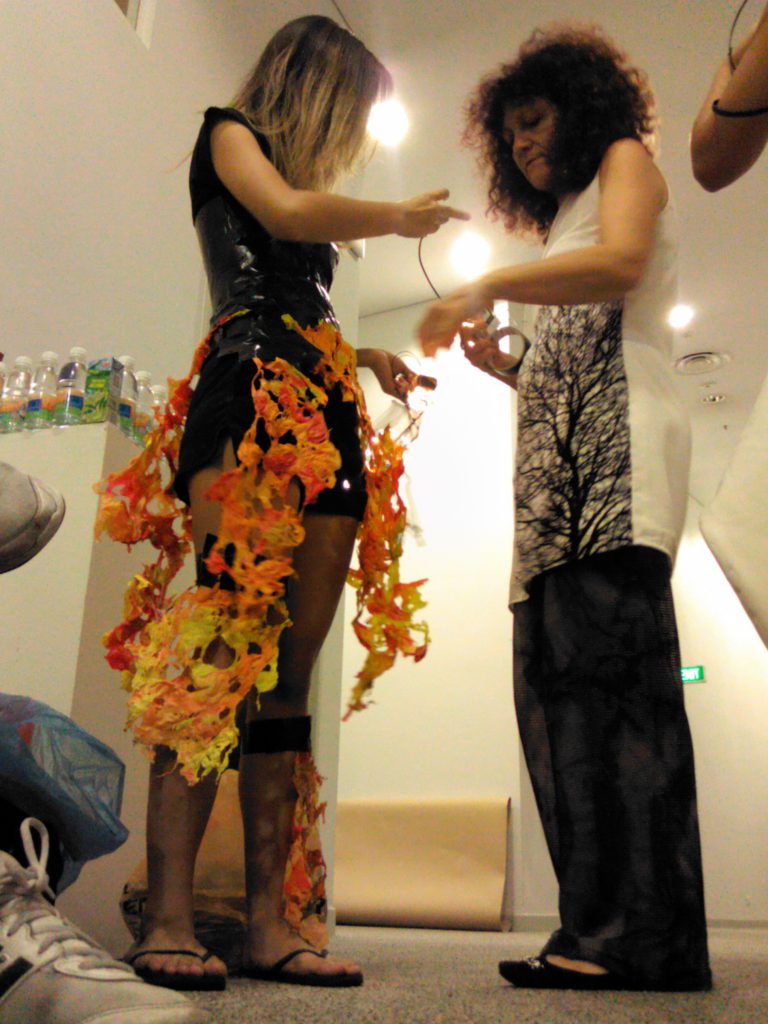 Prof Galina helping me with the costume

Subsequently, we moved on to electronics and textiles, in which I learnt even more, in an almost totally different area. It really is quite amazing to have learnt so many different things in one course itself. I never really knew much about experimenting with materials to create textiles until Prof Galina introduced us to all these new techniques such as boiling and melting materials we would never have thought of experimenting with. I really liked trying out the technique of melting plastic to create the fleshy texture of my costume and how raw it looked at the end. For that, I really want to thank Prof Galina, your experience and patience is much appreciated. Seeing other classmates each try out different techniques in their costumes was very inspiring too, such as Xin Hong’s boiling (I really admire her patience and dedication!) or Gladys’ spray paint (the ombre effect is really cool!).  When I signed up for this class, I was more interested in the media aspect and never expected myself to really enjoy the textile part but I am glad to say that I was wrong. It has truly been a enriching experience worth the time and effort. 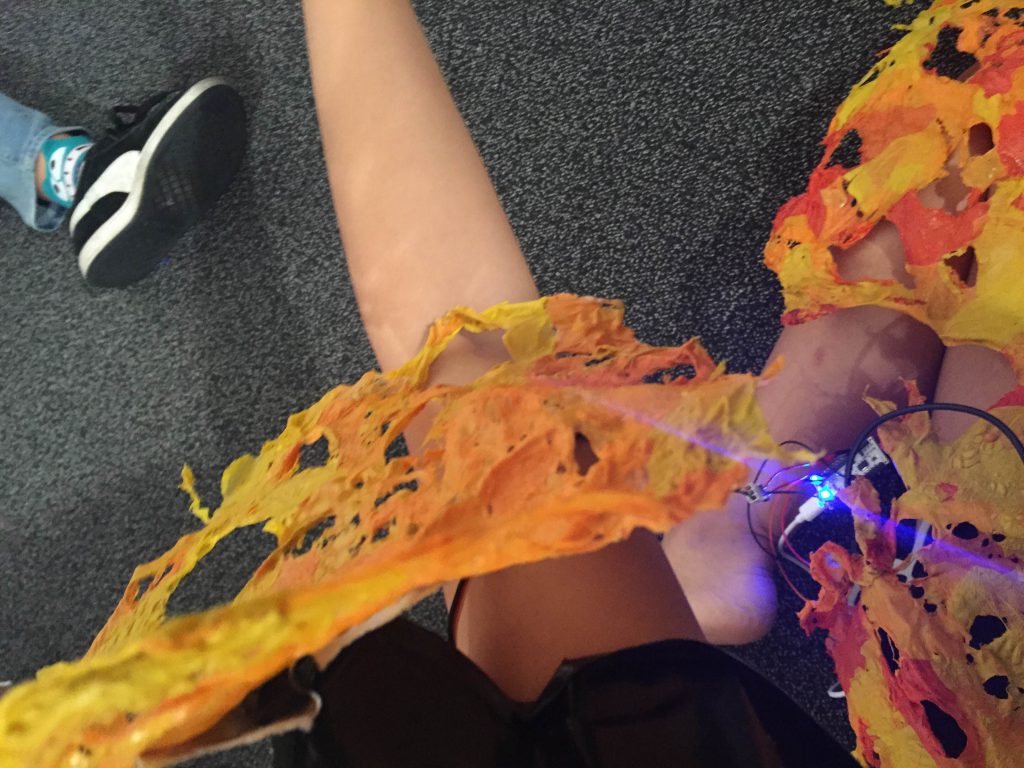 Servo rotating motor on my costume

Furthermore, the electronics part of the costume would not have been possible without Naga. I am grateful for him lending his time and effort to help us out with the electronics cause most of us were clueless with them. The use of electronics certainly added another dimension to our costume such that they not only served as visuals but had a function too. While I would love to have our electronics form a bigger part of our performance, given the limitations of the performance, exploring this aspect of the using electronics was very new to me and widened my perspective regarding its potential. I hope to use it in my art someday. 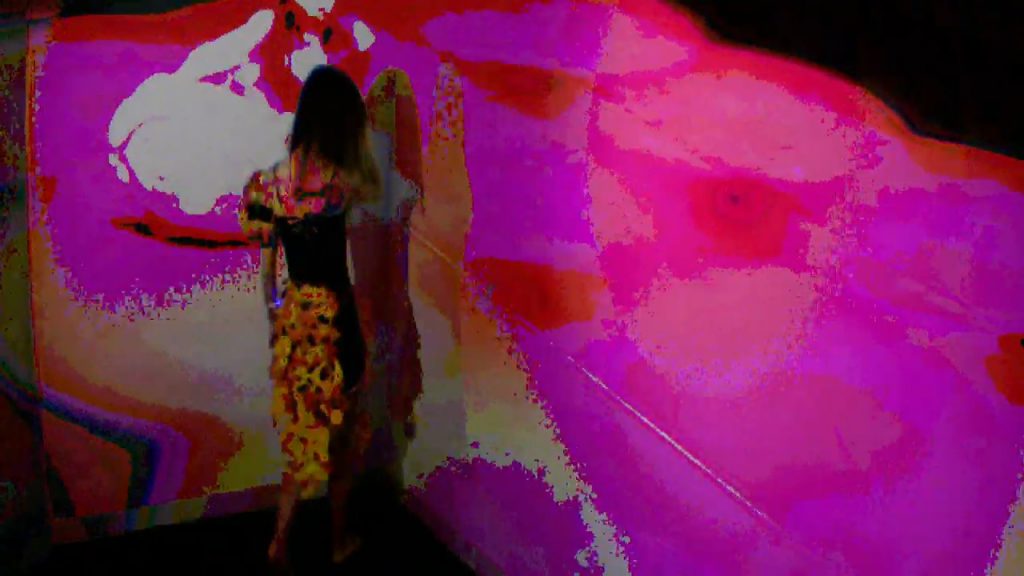 Finally, all these different experiences culminated in our “Touch” performance. Going back to Iribe’s quote on virtual reality, it was through our “Touch” rehearsals and the very experience of practising for the final performance in which I felt a unique and strangely intimate connection with Angeline, a performer who was performing miles away in the States. It was through those moments in which we try to position our bodies and our movements to sync with Angeline did I feel a connection. There was never once our bodies came into physical contact with each other but when she started to dance “among us”, it felt like her presence was with us. Such an experience would only be possible through the third space and it was through this that I felt a new kind of intimacy. Thus, I believe the third space still has much to offer despite what the critics say. “Touch” may have been short but it just reveals the potential in connecting through the third space – a new kind of intimacy that is entirely different from that experience in real life.