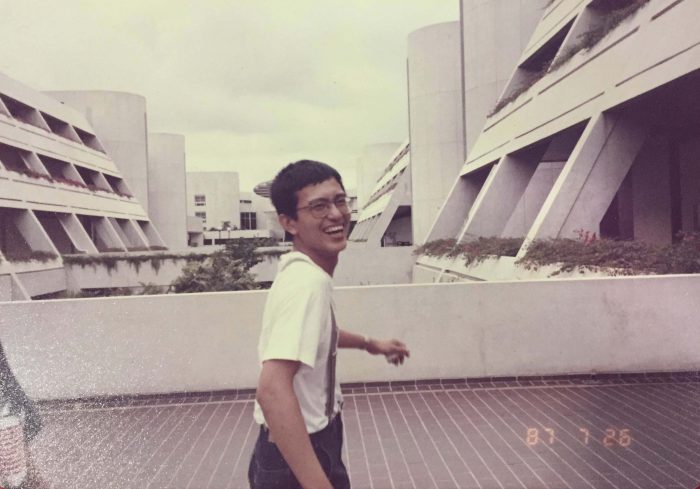 The above is a photo from 1987, featuring my dad’s friend. I thought it would be interesting (and convenient!) to recreate it at today’s NTU South Spine. Looking at the photo, I observed the guy looked quite dark, shadows were not very harsh and highlights were not very bright either. the lighting around the building appeared quite even so I guessed it could have been under cloudy weather conditions at noon time. Below are some of the shots I attempted using my friend as the model. 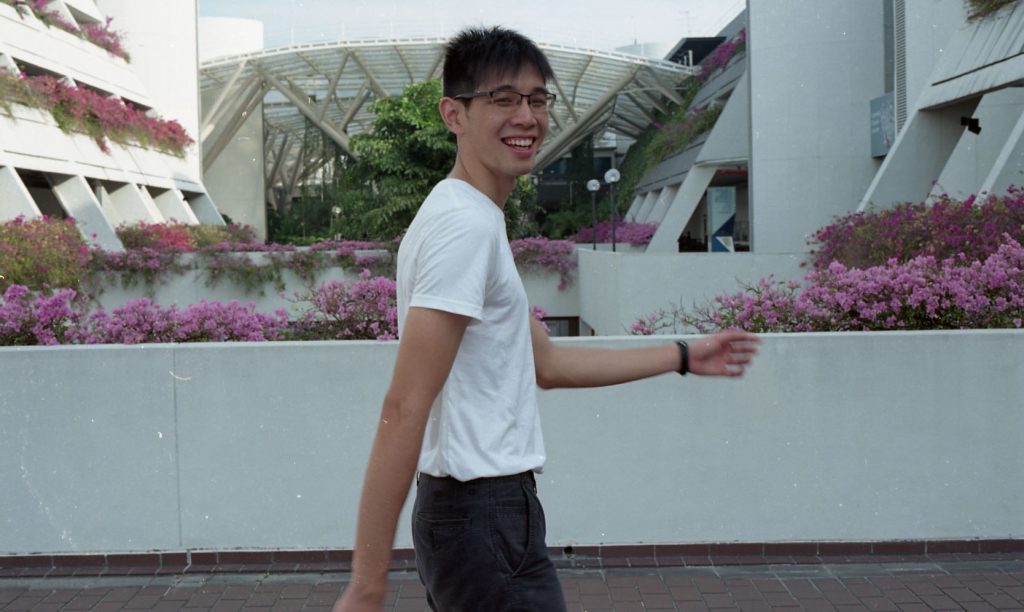 So I tried to get my friend to pose like the guy but it was rather awkward looking. In the original photo, the guy seemed to have been captured in the moment with his hand still in motion so it was slightly blur but in the photo above I think 1/60 may have been too fast and perhaps, I should use a slower shutter speed or get my friend to move more. I realised that the light was still quite strong in the background so while my friend was in the shade, the background was not evenly lit like the original photo. The highlights erased some of the details of the building on the left side. 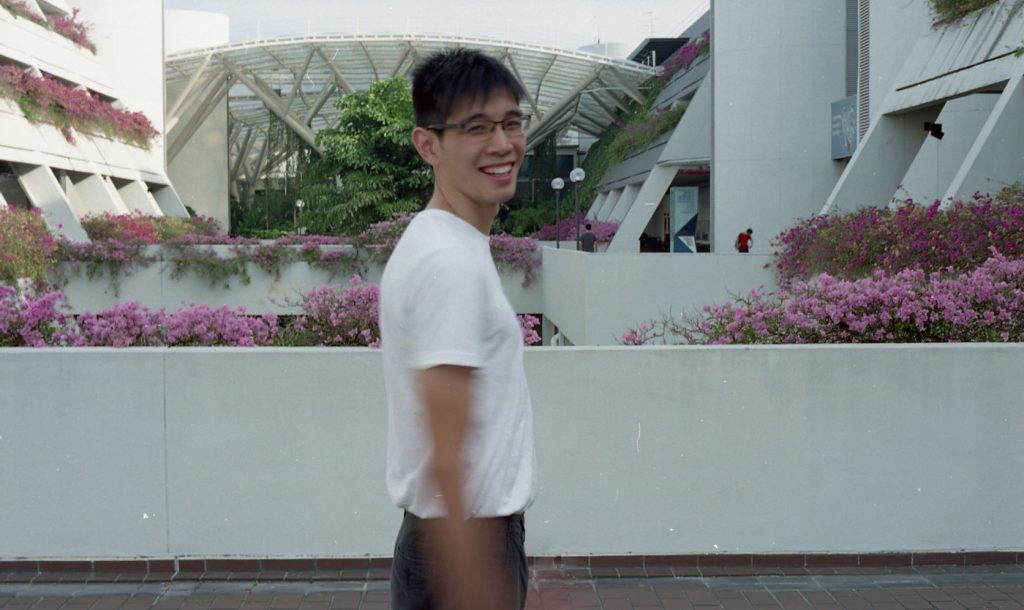 For the next attempt, I tried it at 1/15 and asked my friend to move his arms more but I think it was too much this time. I also realised that the angle of the photo is slightly rotated so I started to rotate my camera. 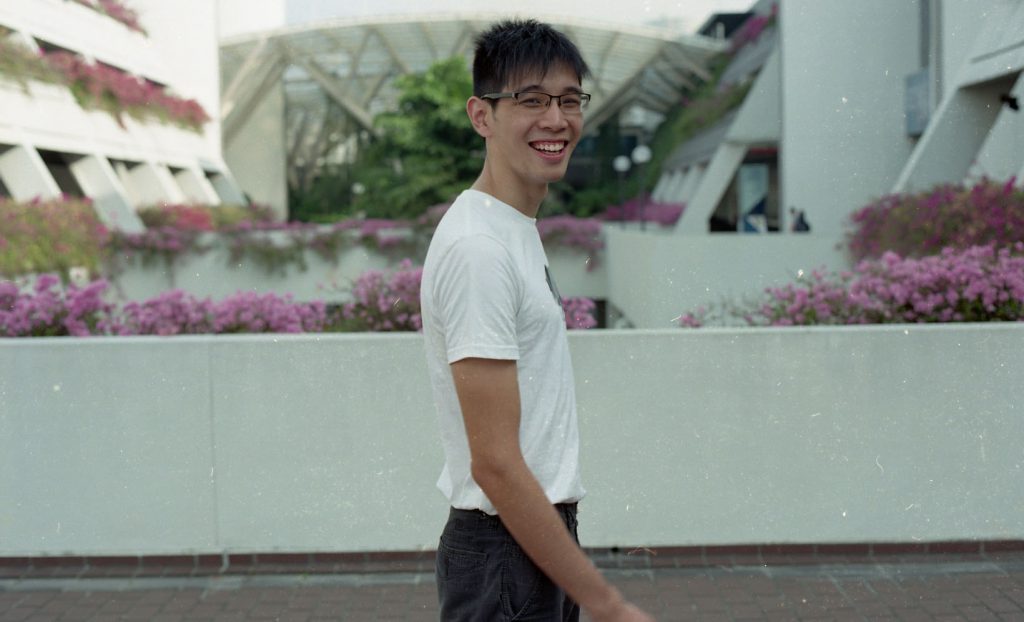 I also tried taking at F1.8 as well just to see how it will turn out and obviously, it turned out very different from the original as the background was in focus for the original while here only the subject is in focus. 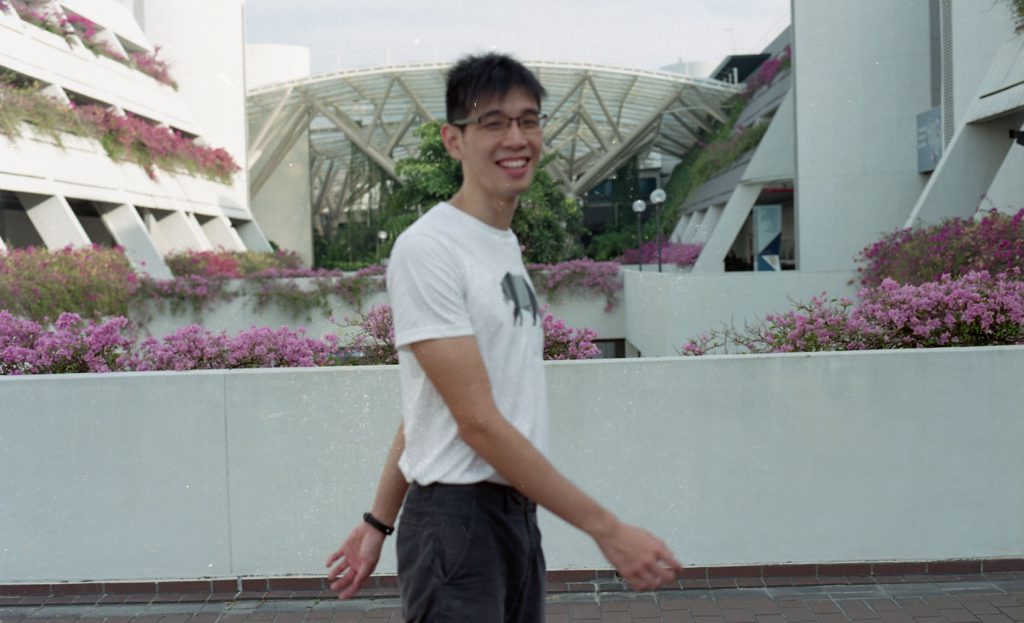 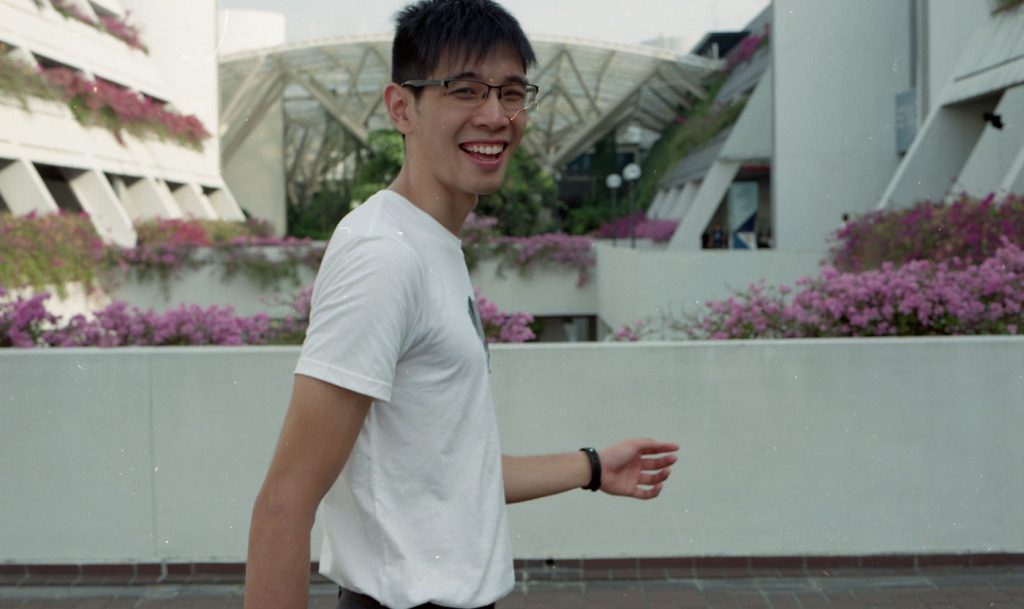 Afterwards, I realised only upon reaching South Spine itself, I was not properly equipped to take the photo. I needed a wider lens to capture more of the ground and the sky and the subject should be closer to the camera. Never the less, experimented by asking my friend to move closer to the camera and subsequently, I realised that my friend was much taller than the guy and that the person taking the photo was probably much taller than me. I had to tip toe in the end… 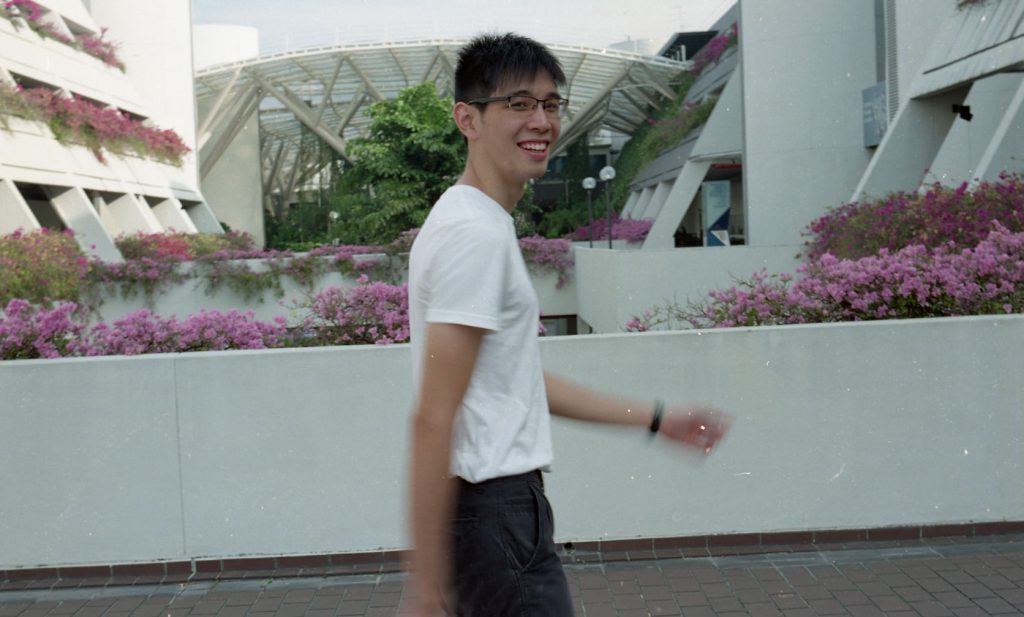 Later, I realised that rather than rotate my camera, I should have changed the perspective and tilt it more horizontally towards the left to get that slanted look and have more ground space captured in the right corner. I think this shot is the closest to the original as the arms are more blurred and the angle resembles more closely to the original. 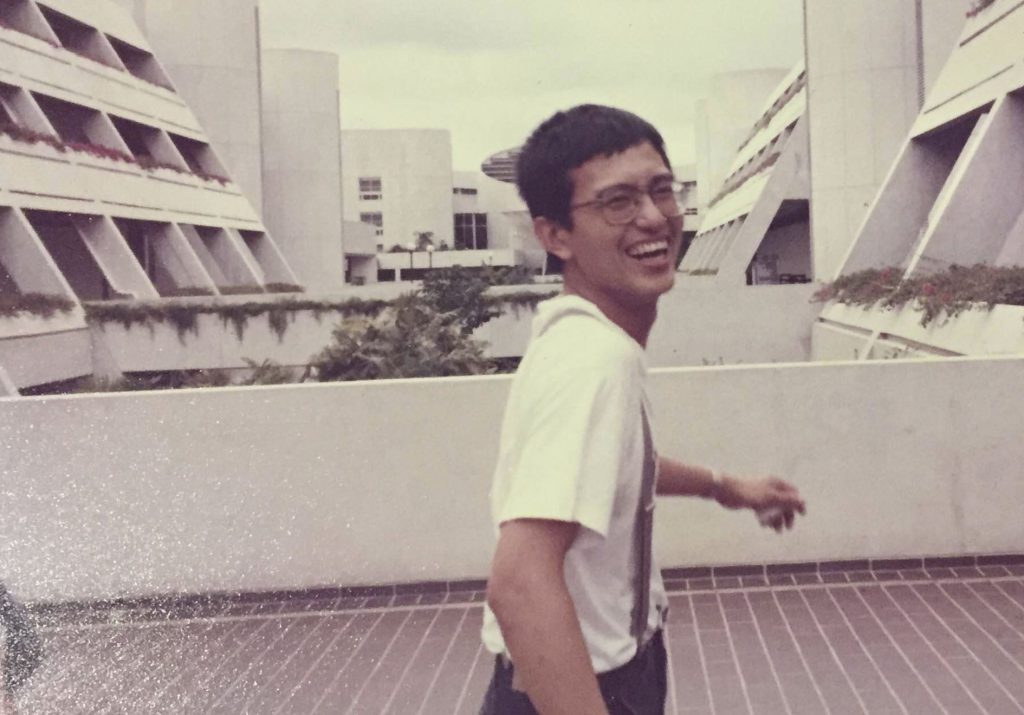 Later on, i cropped the original to better match the photos I took and realised more things to improved on. Aside from using a wider lens, I need to tilt more camera more horizontally to the left and GET THE RIGHT WEATHER CONDITION (this will be tough…) I hope I will be able to find a day where the conditions are right to reshoot this before doing the clean-ups to the photo.