I wasn’t really sure where I wanted to start or what I wanted to represent myself when we received this exercise, so I just played around and somehow stumbled upon the ideas for my final! 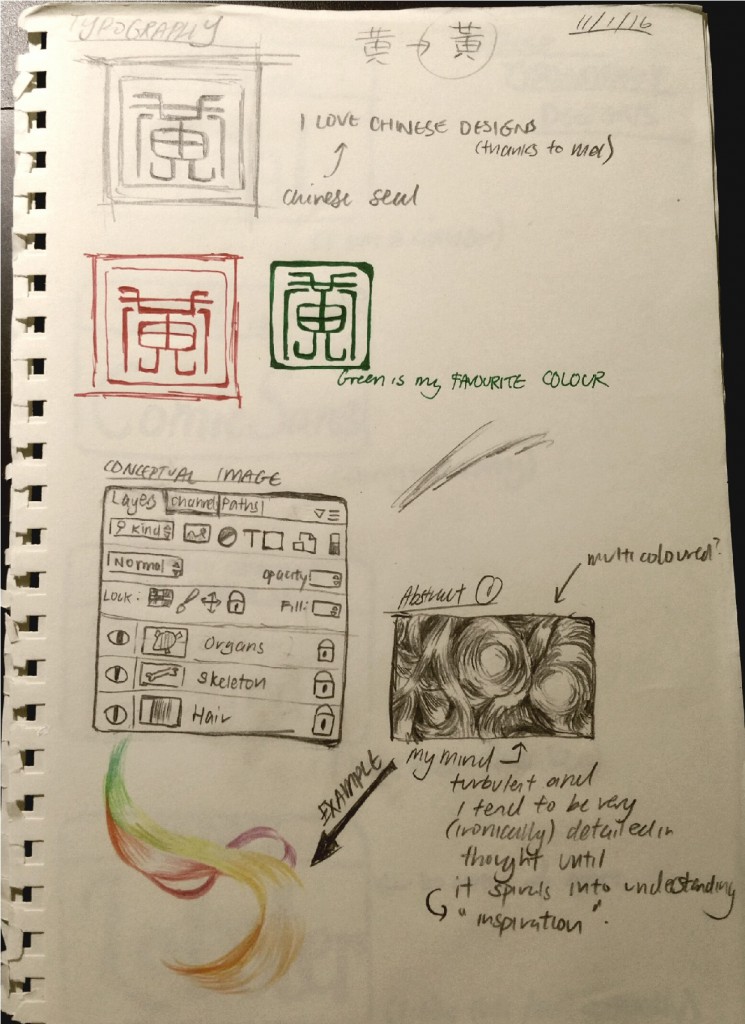 I was trying out different ideas and decided that I kind of liked the ideas that I was throwing out!
For the first, I decided to pay homage to my chinese roots and recreate a seal of my chinese surname. I tried it out in red, the traditional seal colour, but decided to go with green as I felt that it was more representative of my character (also it’s my favourite colour)
After talking to Gekkie, I decided to do something pun-related as well. Because my name can be pronounced as Layer, some of my good friends in JC came up with the pun (and I was subjected to many giggles and smirky glances every time that word was said in class- not that I minded that much)
For the abstract image, I decided to go with one of the line patterns in our very first 2D assignment in ADM, but decided to mix it up by trying out different colours. The effect was really interesting and I decided to roll with it. 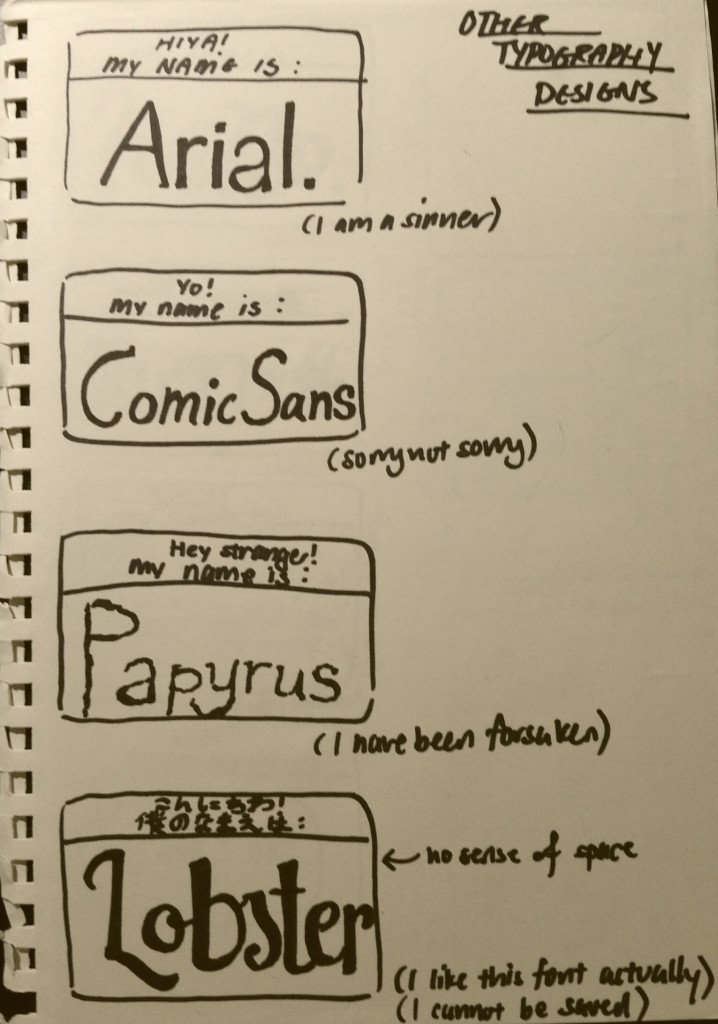 I’ve always loved the fonts that people love to hate. I thought that this was a very interesting way to represent myself (and it says a fair bit about my character) 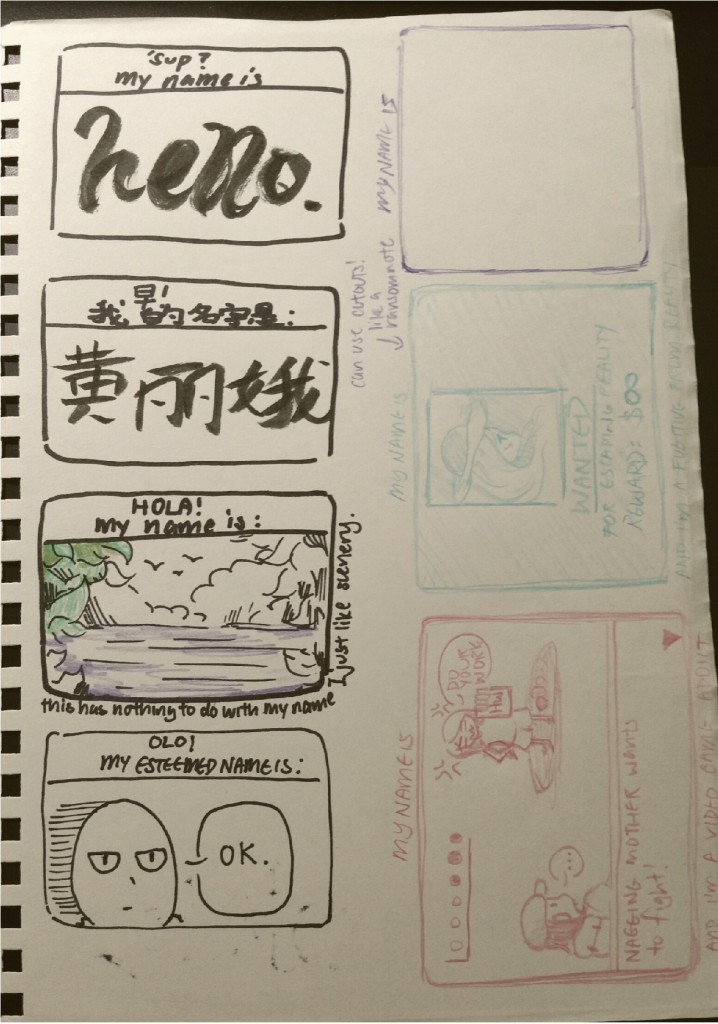 Here are some more namecards that I did. There wasn’t much direction to them, I was just playing around with ideas and stuff that I like.