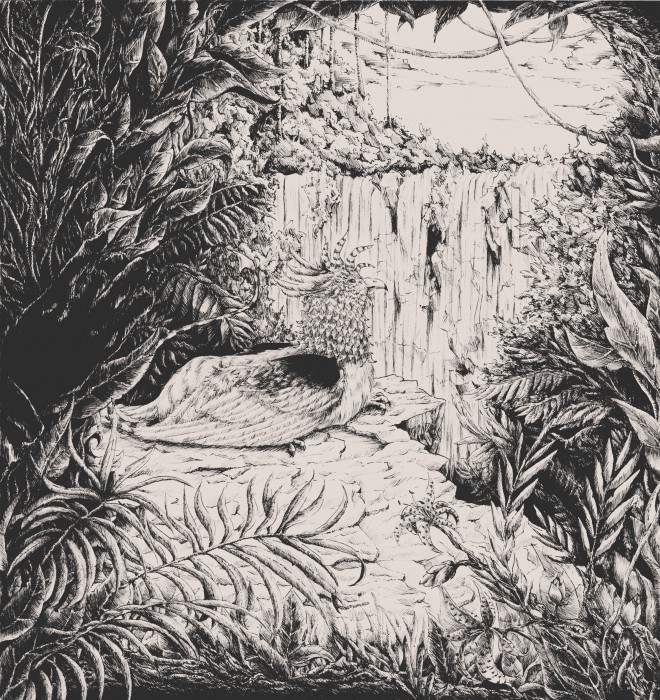 Here are my final compositions!

A Jungle in the Point-of-View of an Explorer is Perspective. 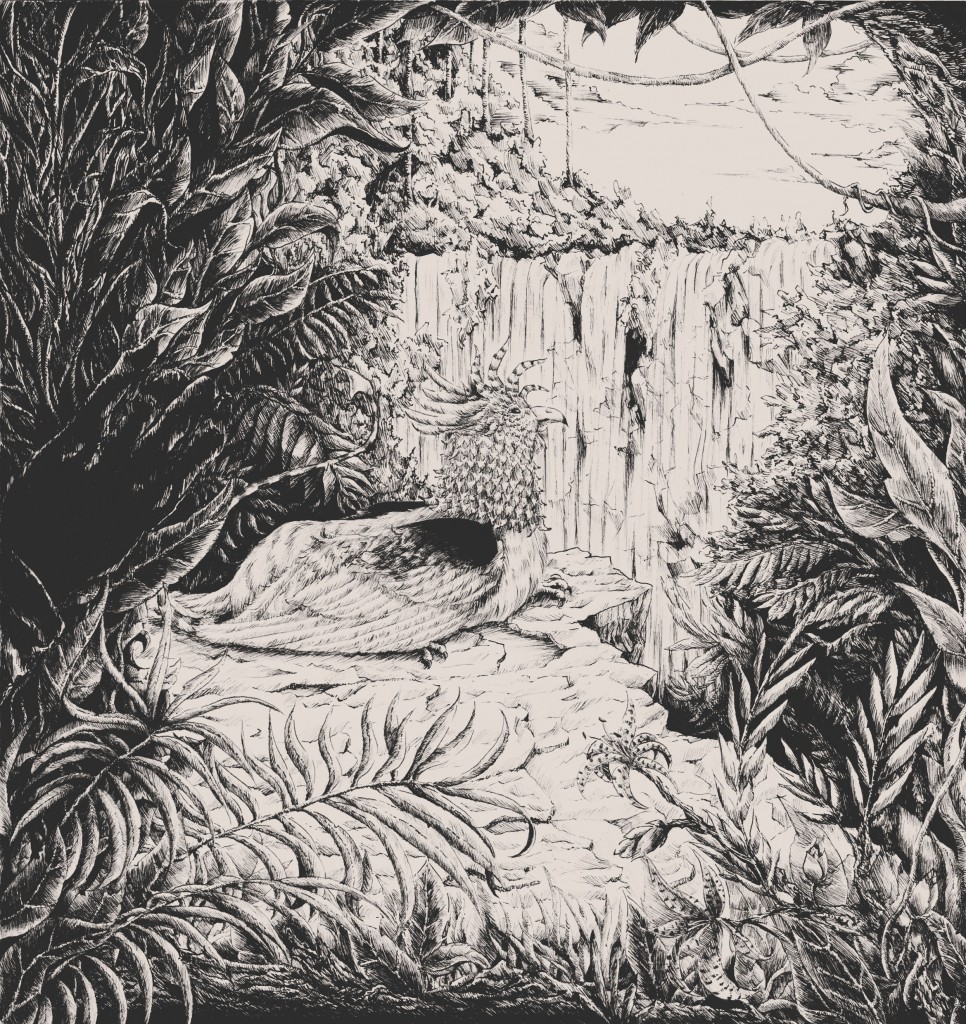 I wanted to explore the idea of finding a new perspective to things that one would usually see as deadly or dangerous. In my previous projects, I have always depicted the basilisk to be a dangerous creature, but I wanted to show the calmer side of it instead. It’s true that everything in the wild can kill you, but that doesn’t mean that they will. I wanted to portray the small moments of beauty and peacefulness in the wilderness.

A Pond in the Point-of-View of an Explorer is Temptation. 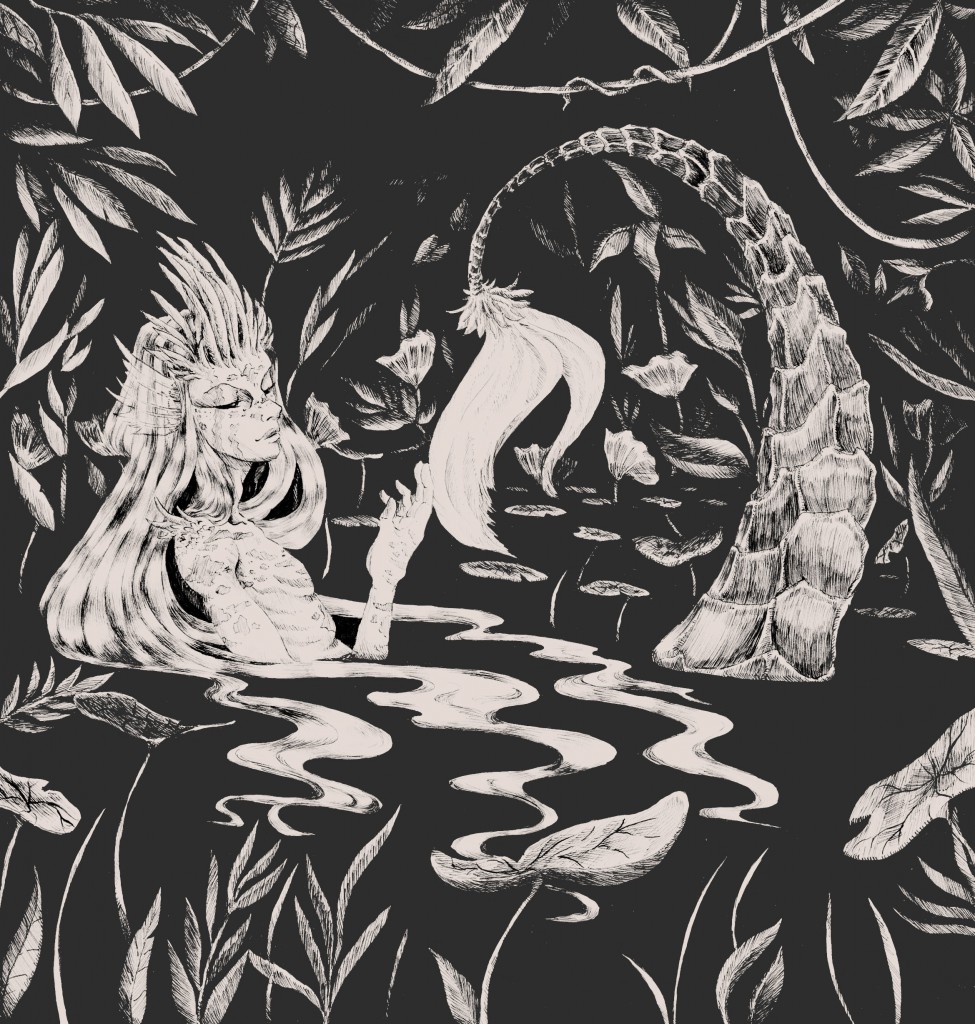 Mermaids are usually known to be creatures of exceptional beauty that lure people to their deaths with their voices. I thought that it would be interesting to show the temptation and allure that exists in nature through the personification of a mermaid.

A Temple in the Point-of-View of an Explorer is Fortune. 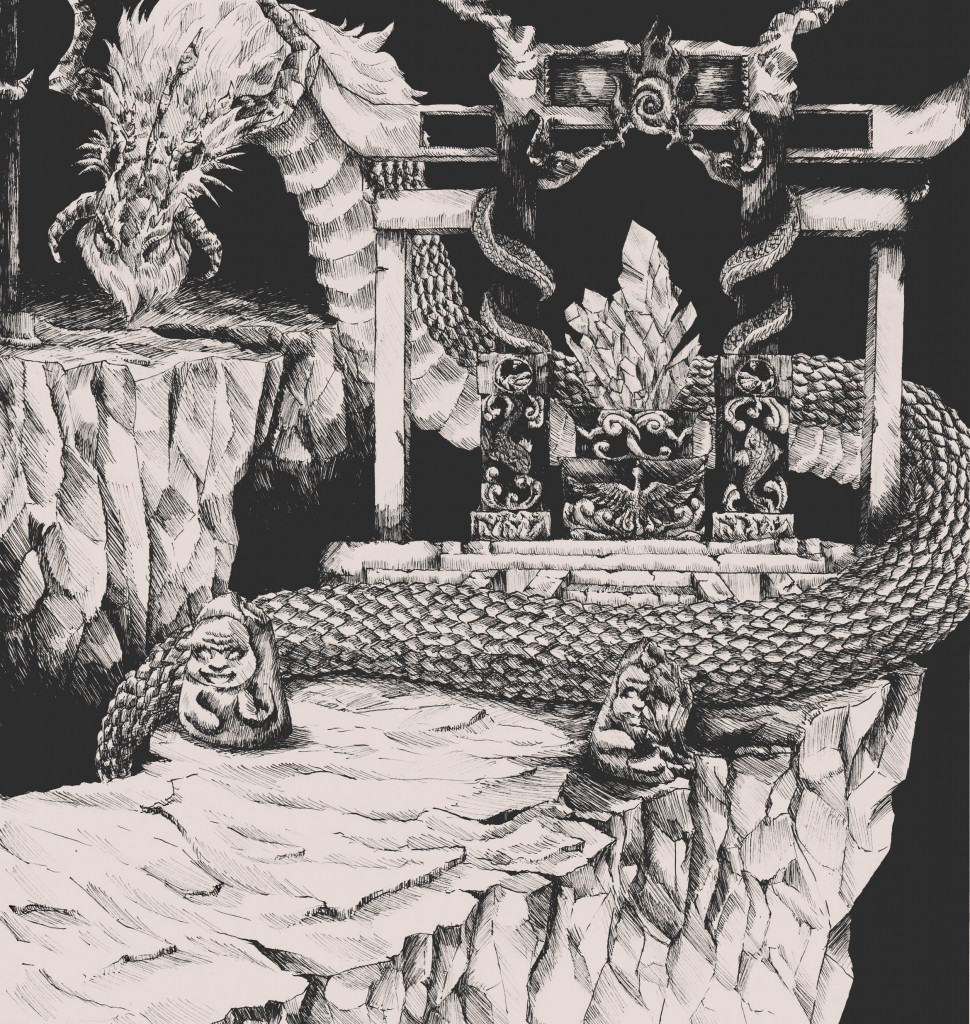 Games always have these quests where the hero or explorer has to travel underground into a cave temple that contains a treasure of immense power or value. And that treasure is always guarded by a dragon. Usually this dragon is vicious and will guard the treasure to its dying breath, but I decided that it would be more interesting to depict the idea of ‘worthiness’. The dragon portrayed and the style of the temple in this drawing are Chinese, which again links back to the idea of wisdom and intelligence. The treasure depicted might not actually be material wealth, but a different kind of fortune instead.

A Mountain in the Point-of-View of an Explorer is Trickery. 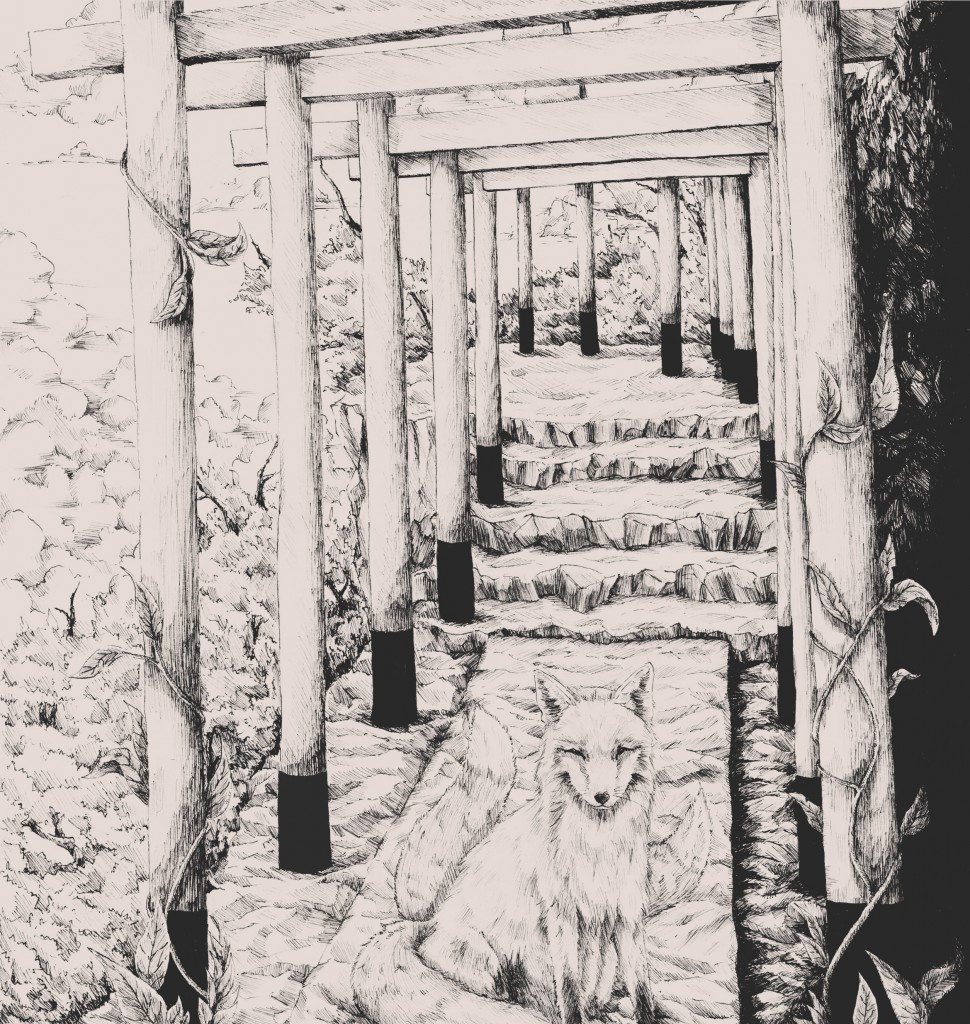 The last composition that I decided on was a mountain. I changed it from my initial design of a mountain range to that of a mountain gate. I was rather interested in portraying the idea of people getting lost in the mountains. The gates in this work are Torii gates, which are traditionally Shinto and Japanese in nature. They mark the boundaries between the physical and spiritual world, and I liked the idea of crossing the boundaries between these two realms (perhaps that’s why people keep getting lost in the mountains). The fox is usually a symbol of trickery and cunning, an animal that likes to play pranks on unsuspecting people. (This is even more prominent with tailed foxes). I decided to combine the two together to emphasise the idea of getting lost- due to a prank by a mischievous fox-spirit.

My final compositions are below! 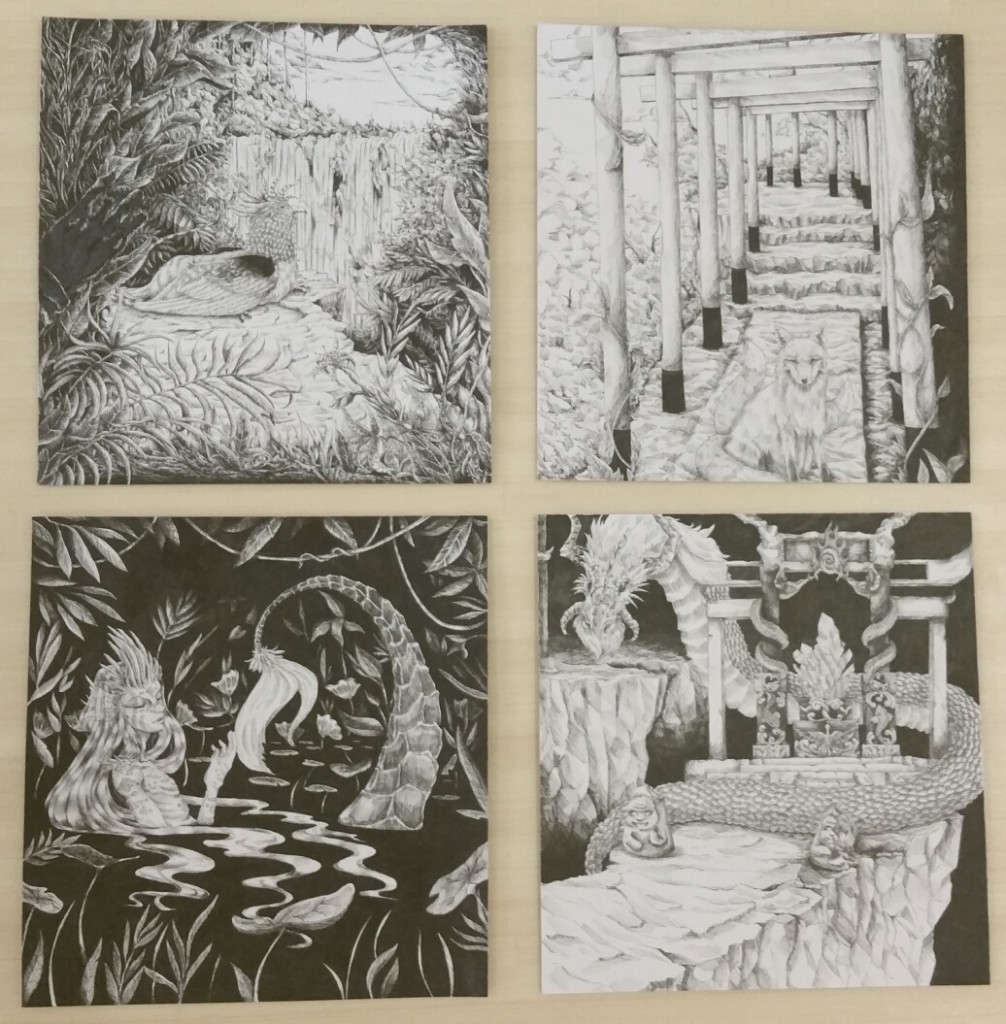