For this assignment, we decided to go with a fun idea of imagining if we were an egg, and what kind of sounds we would hear around us.

This idea grew out of an initial general direction where we wanted to play with the tension and suspense of an object breaking, for e.g the sound of glass shattering.

Thus, our narrative follows an egg who is going to be cooked into an omelette. 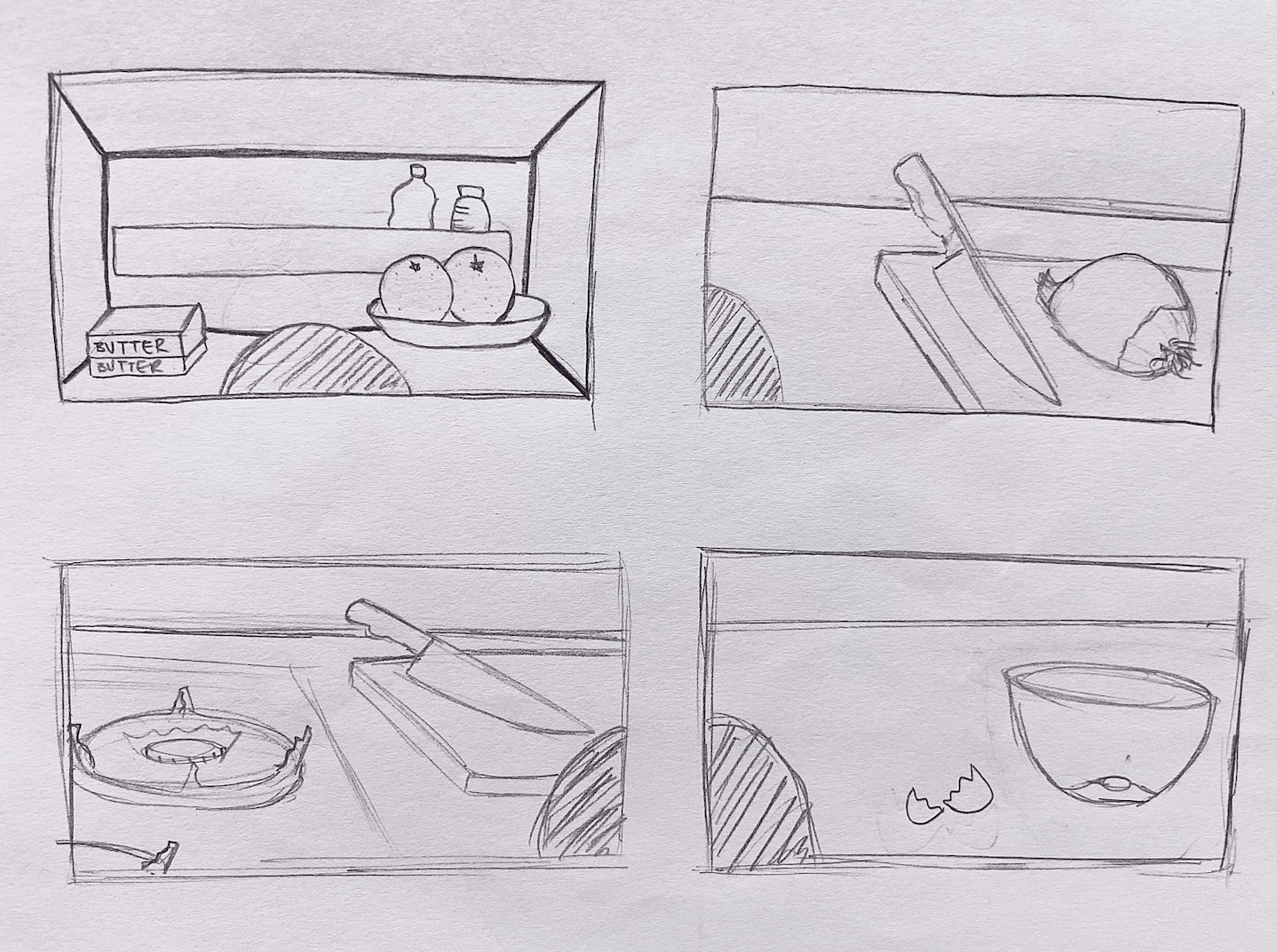 We segmented the audio into 3 scenes: opening, middle and ending.

For opening, it was more for establishing the context and the setting (e.g. kitchen sounds like kettle boiling, sink running in the background).

For the middle section, it was also more of building on the setting, and introducing more contextual sounds (e.g sound of vegetables being chopped).

As for the last section, we wanted it to be gradual build up to reach a crescendo at the end where the egg gets cracked.

Thus, the sequence for our narrative was as such: 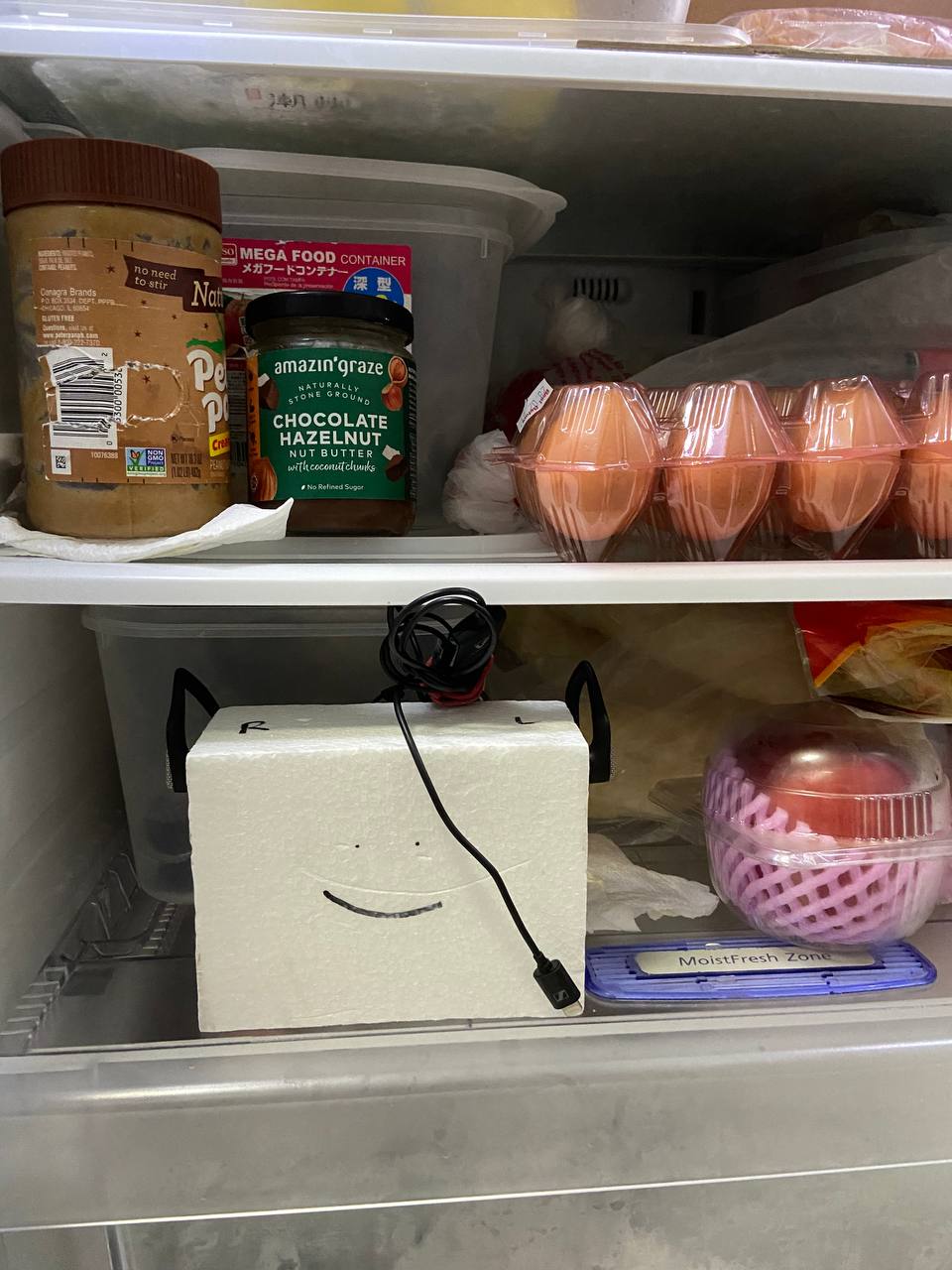 We made some holes on the side of a styrofoam block (measured to be about the same width as our heads) in order to attach the headphones on. This styrofoam block was our “egg” that the soundscape was based around, and represents what you would hear if you were in the shoes of an egg.

We recorded the three scenes individually and stitched them together in the editing software Final Cut Pro.

When recording the first scene (inside the fridge), we found out that we had to have a discernible background noise in order to distinguish the point where the egg is taken out of the fridge. We initially tried having the sounds of a kettle boiling and running tap, but found that those were not very strong and distinct sounds.

Thus we tried using the beeping noise of a timer instead, which worked and helped us to hear exactly when the egg is taken out (from more muffled beeps to clearer beeps).

For the second scene, we initially wanted to chop up 3 different vegetables: chilli, onion and carrot. We decided upon these 3 by watching ASMR Vegetable Cutting videos on Youtube, and choosing which sounds we liked most.

However, we found that whilst chopping chilli and carrot, the sound of the knife hitting the chopping board was very jarring. As such, we narrowed it down to just the sound of us peeling and slicing an onion.

For the final scene, the video below shows how we captured the audio of it. Not able to be seen in the video is me carrying the styrofoam block with headphones closer towards the bowl (and gas stove), while Mei Shan cracks the egg (that represents us).

This shifting of distance makes it sound as though we as the egg are moving closer to the fire and is a foreshadowing of the end that is to come (where the egg dies).