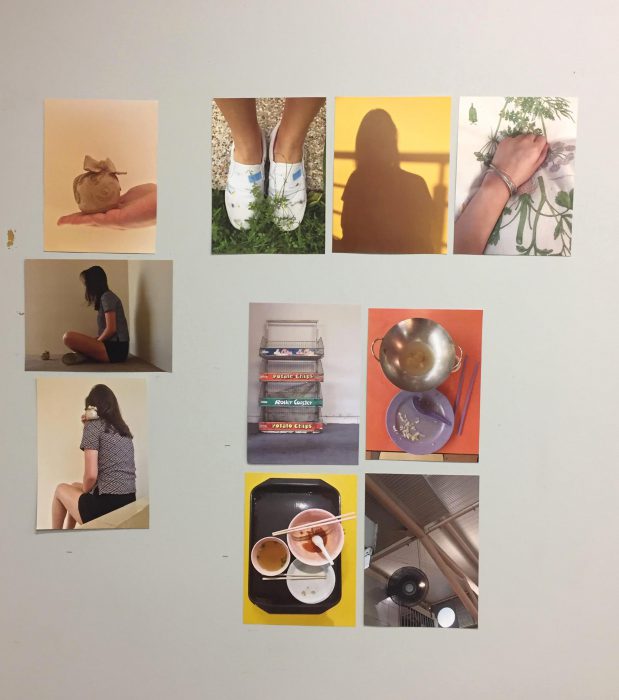 To start off the semester for 4D, Project 1 – Picture Story – Curating Self, gave us the opportunity to explore photography and the use of digital cameras. We had to be the director of all our images and experiment with various manipulation techniques in photography. Below are the final images that I had taken to complete all three tasks. 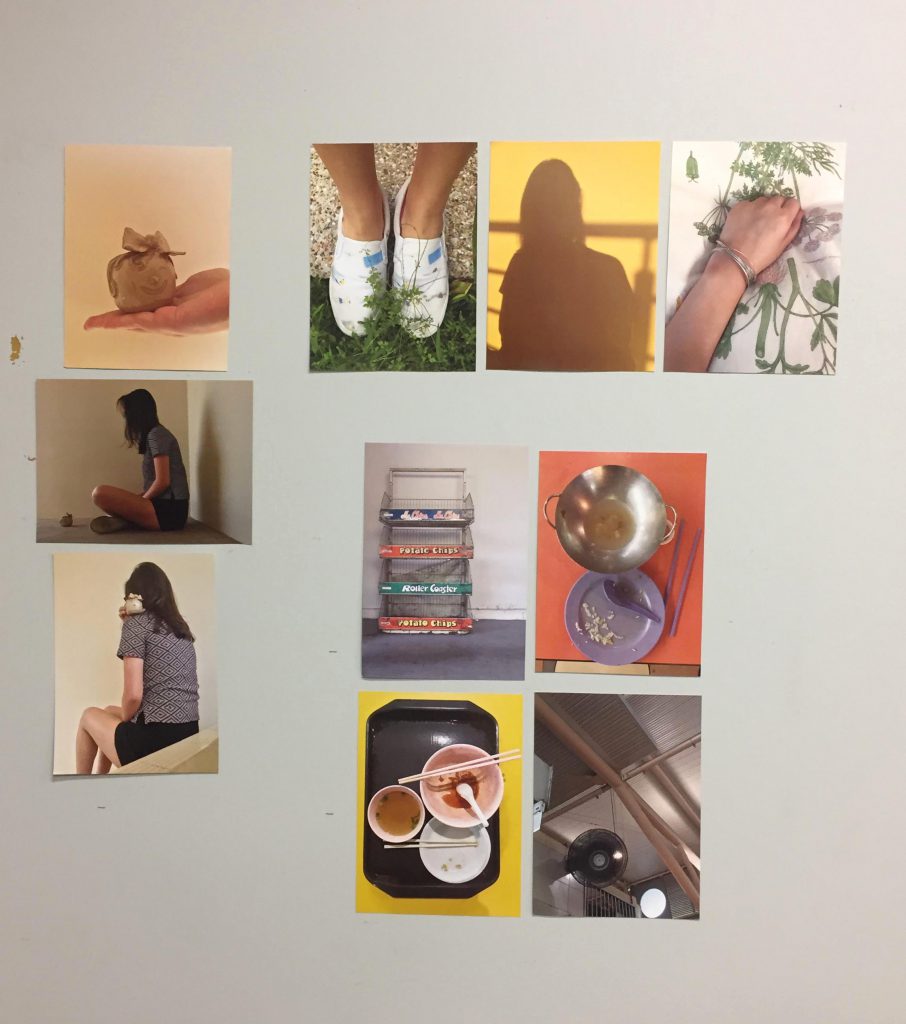 Task 1 required for us to creatively introduce ourselves using 3 photographs. Amongst all three task, task 1 was, unfortunately, the most difficult task for me to put together. Often shy and reserved in nature, I struggled to express my inner personality through images. Hence, leading me to lean towards the idea of showing parts of my physicality while including items that reflect the things which bring me comfort. 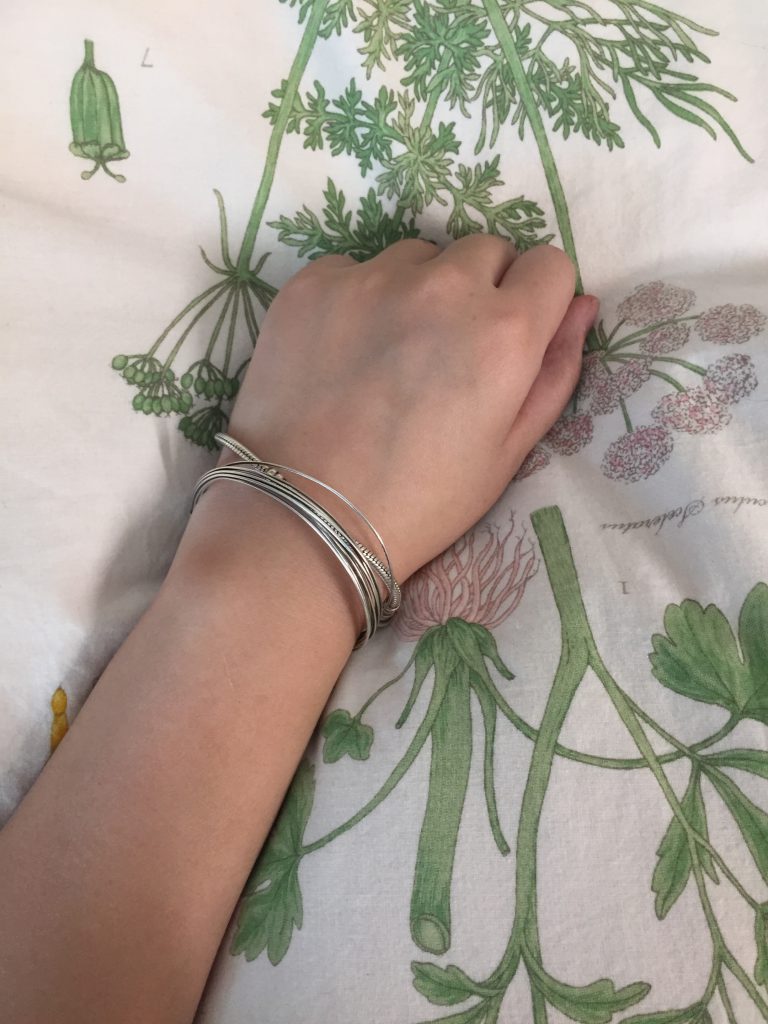 Through this first image, I wanted to photograph the two bracelets that I wear daily, expressing a part of my visual identity. As a gift from my family members, these accessories mean a lot more to me than the purpose of normal jewelry. Having worn them for over 2 years continuously, my wrist feels empty without them. I also decided that the background would incorporate my favorite set of bedding that was brought over from Hong Kong as it brings me a sense of comfort from home. 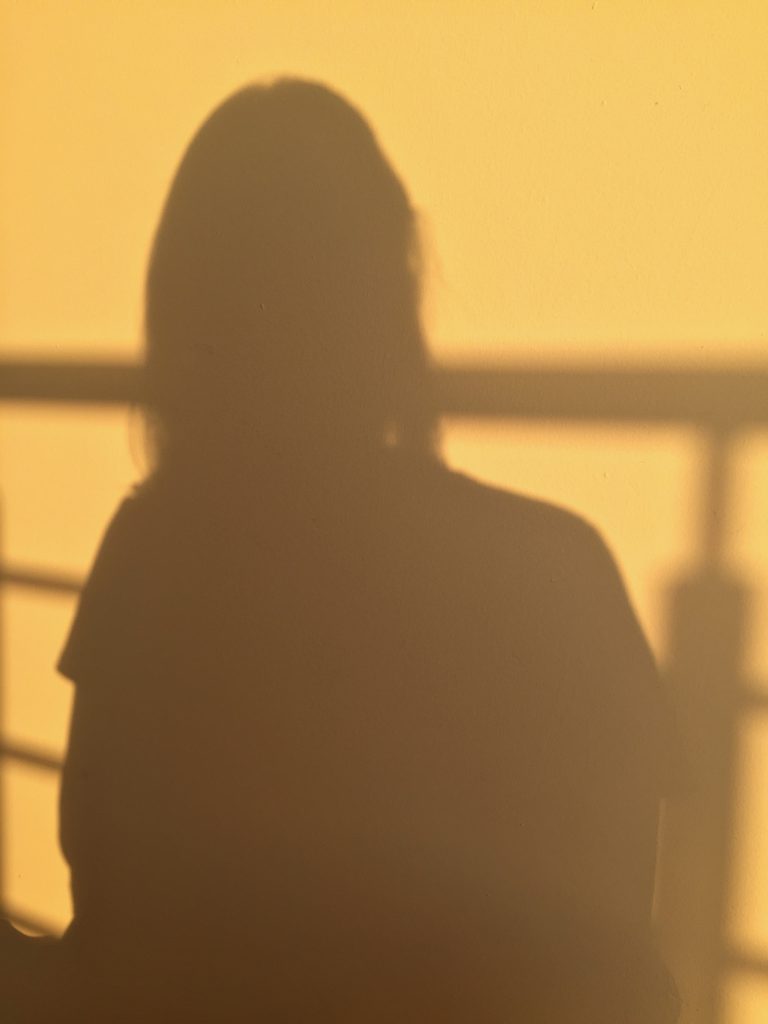 This second image portrays a silhouette of myself as an attempt to include me in the image without actually showing my physical self. I photographed this image to express the comfort that I feel when spending time alone which also reflects my introverted personality. 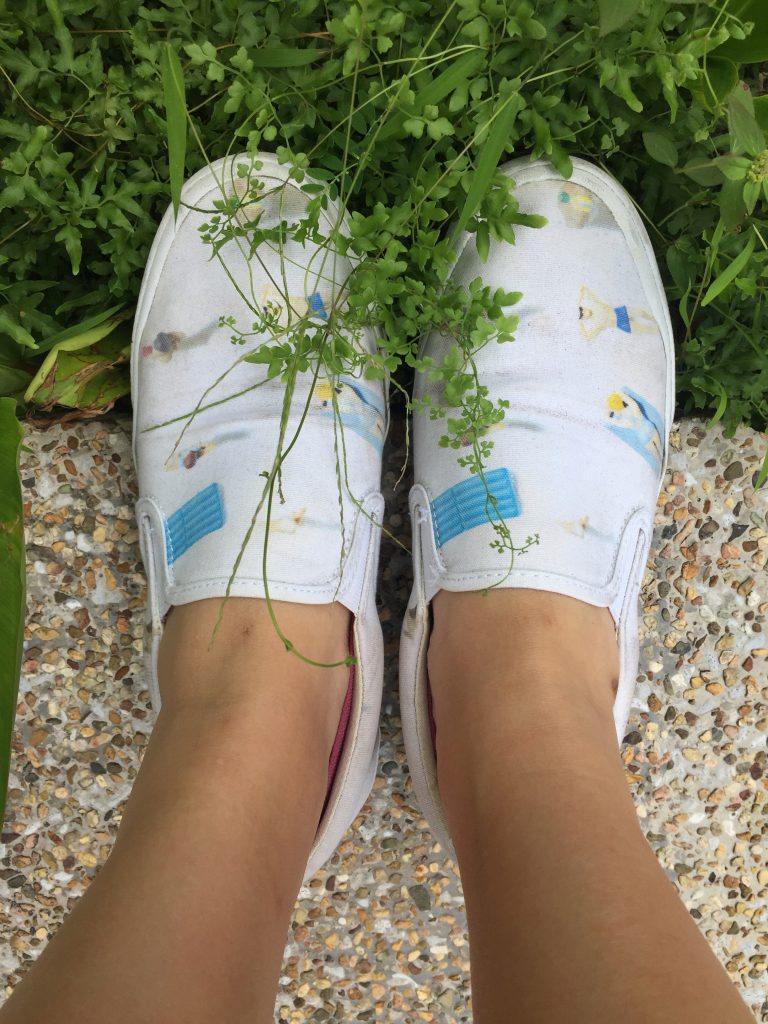 While the main subject of this image is a pair of my favorite shoes that I wear very often, I chose to work with this background that demonstrates a balance between the roughness of concrete and softness of nature. This was done to express my love for nature even having grown up in the puzzling cities of Hong Kong. 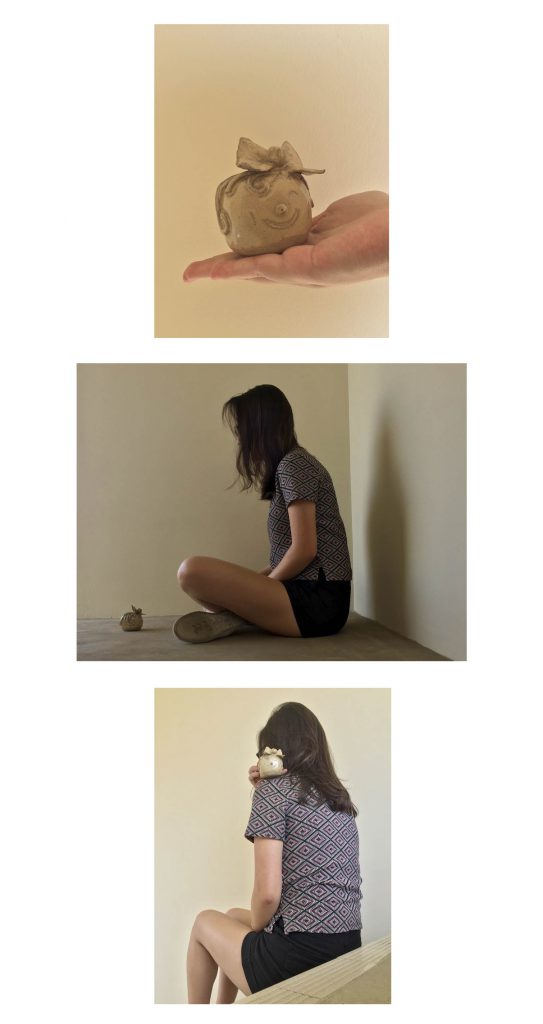 Task 2 required for us to depict an image of ourselves interacting with an object that is significant to each individual. The object that I chose was amongst a few items that I brought back to Singapore when I moved back here for university from Hong Kong in order to make myself feel more at home in a new environment. This piece of pottery was made and given to me from my mom possibly almost 10 years ago and I guess I could say that it was created to be a characterized image of my younger self. This image captures a close up of the object resting onto my hand. I chose this image as one of the finals as the tilted posture of my hand compliments the direction in which the object is facing. The natural lighting in this image brings warmth to its visuals, mirroring how I feel towards the sentiment of the object. 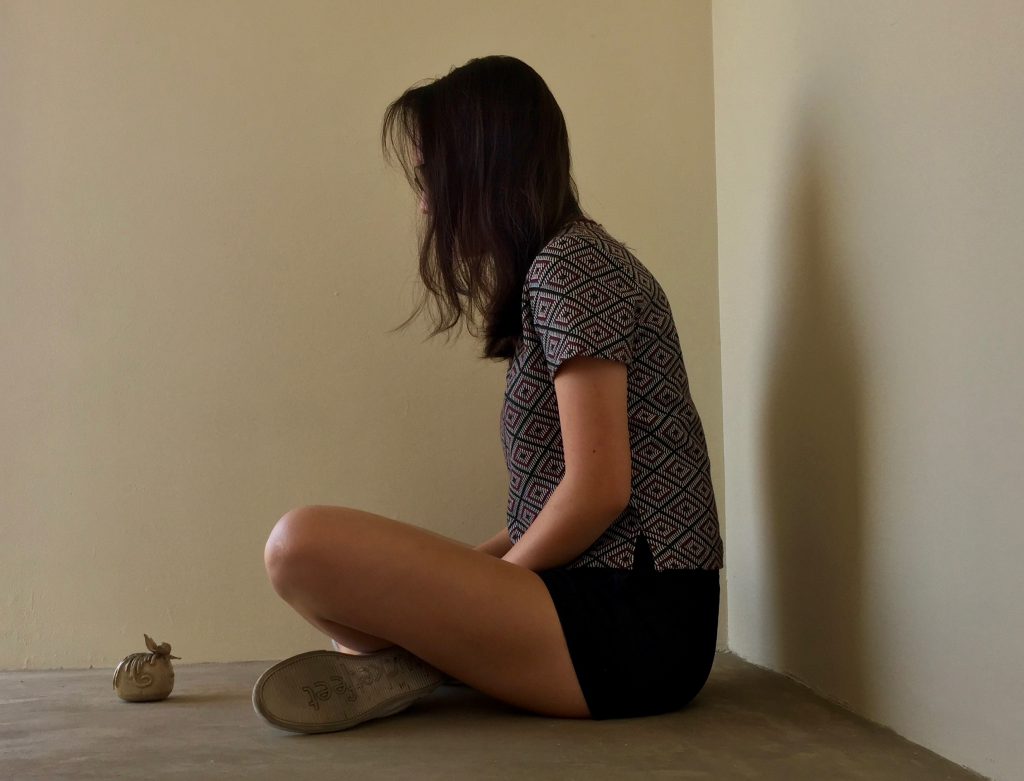 The second image of this series shows a full figure shot of myself interacting with the object. It attempts to demonstrate the intimate relationship that I have with this other version of myself and portrays a peaceful, calming moment. I really like how the shadow of the pottery figure is pointed at the direction towards me as if it was speaking to me. It was also interesting to see that my shadow on the wall ties in with the shadow in task 1. 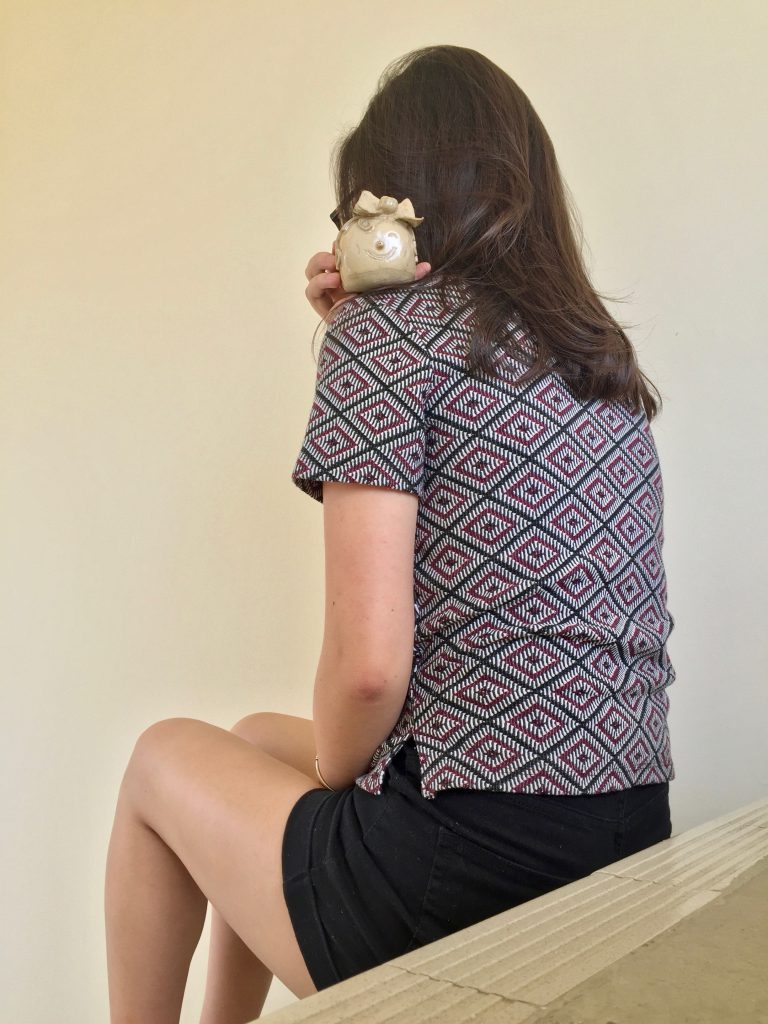 Resting over my shoulder as the natural light reflects off the face of my object, I felt like this image represents the object as my alter ego during times when I feel shy. 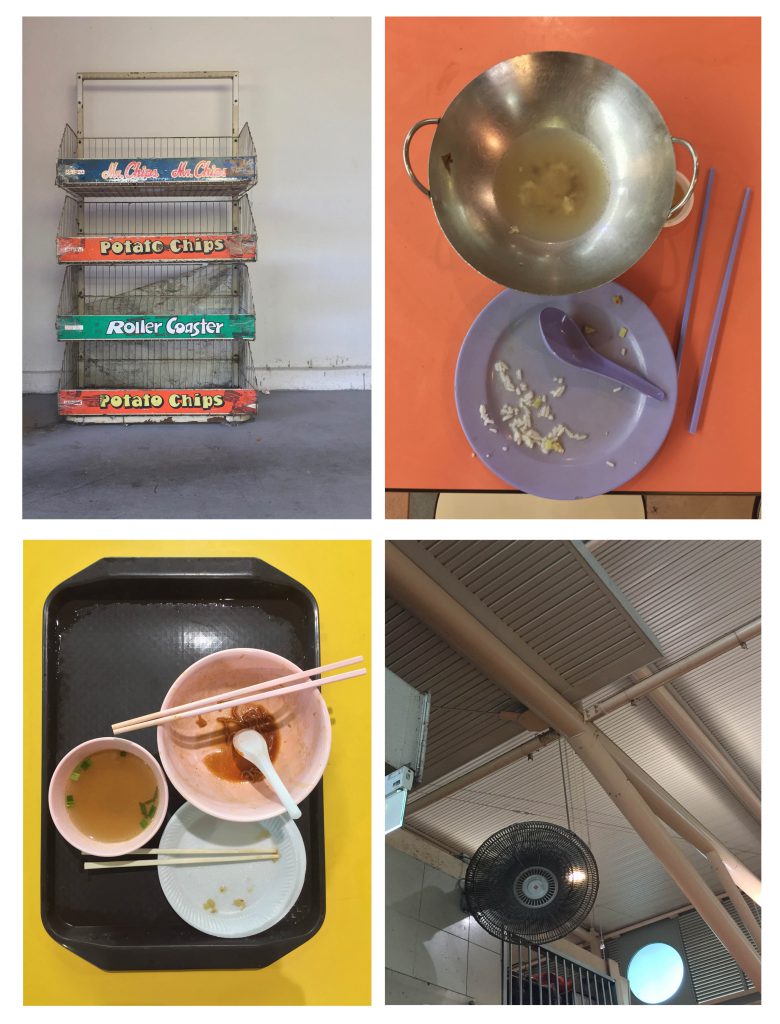 For task 3, the location that I chose was ABC Market at Jalan Bukit Merah. Having lived overseas for a majority of my life, I didn’t have a place that I would consider as ‘home’ yet; contributing to the decision to chose a place that I visited often in my childhood. Not only did I choose it because it felt familiar to me, the ABC market was specifically a place that I have always admired because of its appealing visual colors.

This image starts off task 3 as it leads into the route that I normally take to the hawker center from the bus stop. This old metal shelf expresses qualities that represent my childhood including the colors, the font, and chips as a favorite snack of mine. Its retro look and bright colors contrasting with the rusty metal bars always caught my eye as it encompasses a sense of age and timelessness. 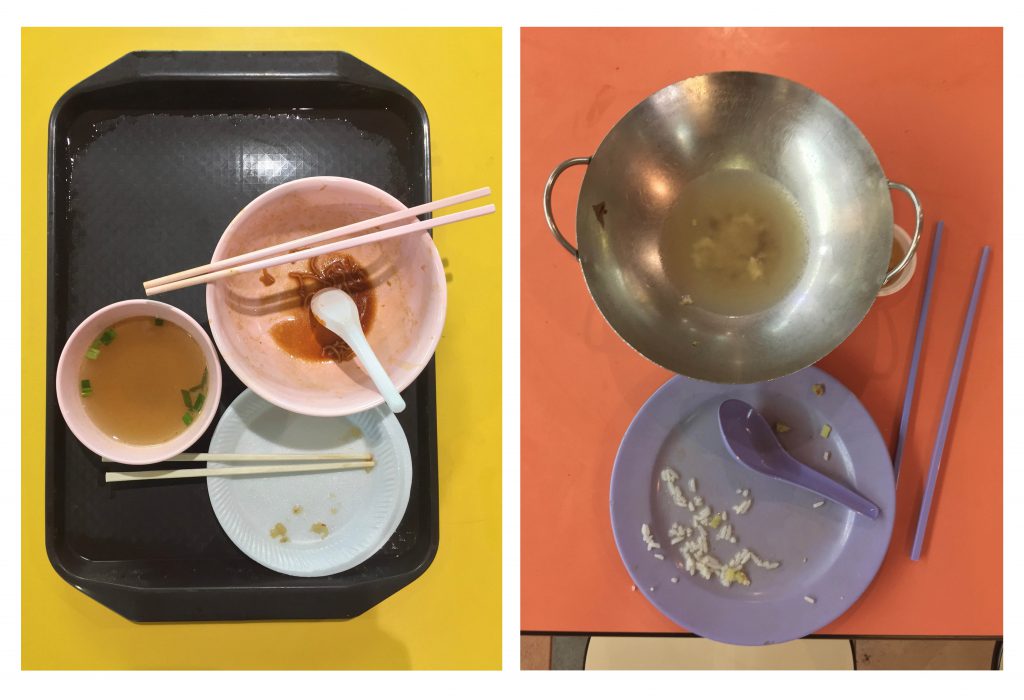 The aim of these images in this series was to convey the satisfaction that I feel after meals that I have consumed (very quickly). I had to capture this sight because I always felt a connection with the bright colors that complemented each other; reminding me of my childhood. 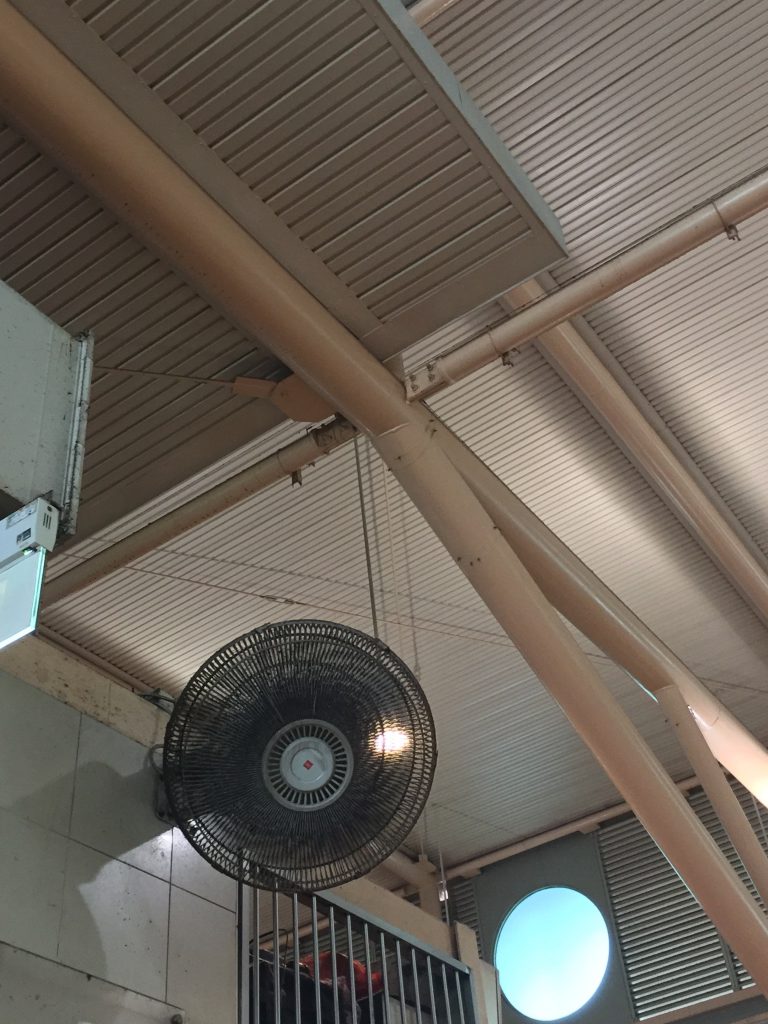 I included an image of this fan from my perspective to show appreciation for it as it is a very important factor to consider when choosing a seat in the hawker center. The image also captures the unique ceiling architecture and color of this hawker.

A visual theme that was noticed about images in this task particularly was absence. The absence of human interaction in a busy hawker, the absence of chips, and the absence of food. Subconsciously, I placed these images together possibly reflecting a missing connection that I have with a place of my childhood; considering my absence of being away from Singapore for a long time. 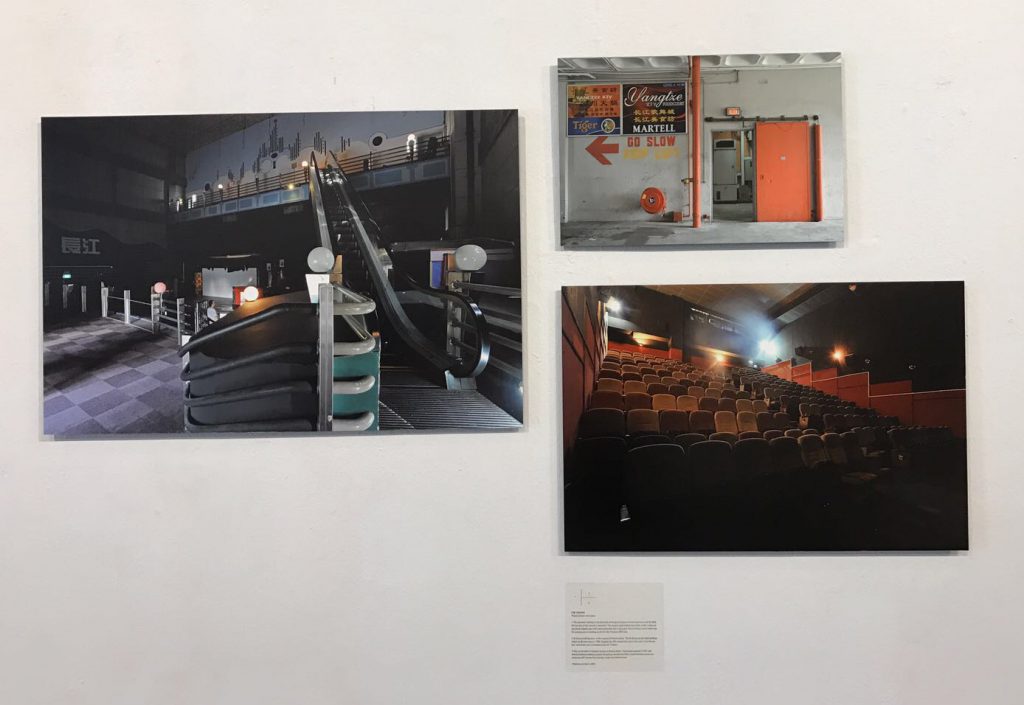 After having the chance to admire, analyze and evaluate Lim Yaohui’s series of work titled Pearls Centre’s Final Days, some ideas and inspiration started to influence plans that I had for project 1. During my visit to the Home in Focus exhibition for week 2, Daphne and I choose Lim’s series to analyze. The link below is a PDF file to our presentation slides where we analyzed his photographs by looking at the vantage point.

Inspiration from this series of photographs started to kick in after I took my first round of images for task 3 at the location that I had chosen. Before consultation for the test shots that I had for task 3, I realized that the majority of the images I took had similar subjects which were meals on the tables of ABC market because I was very drawn to its colors. 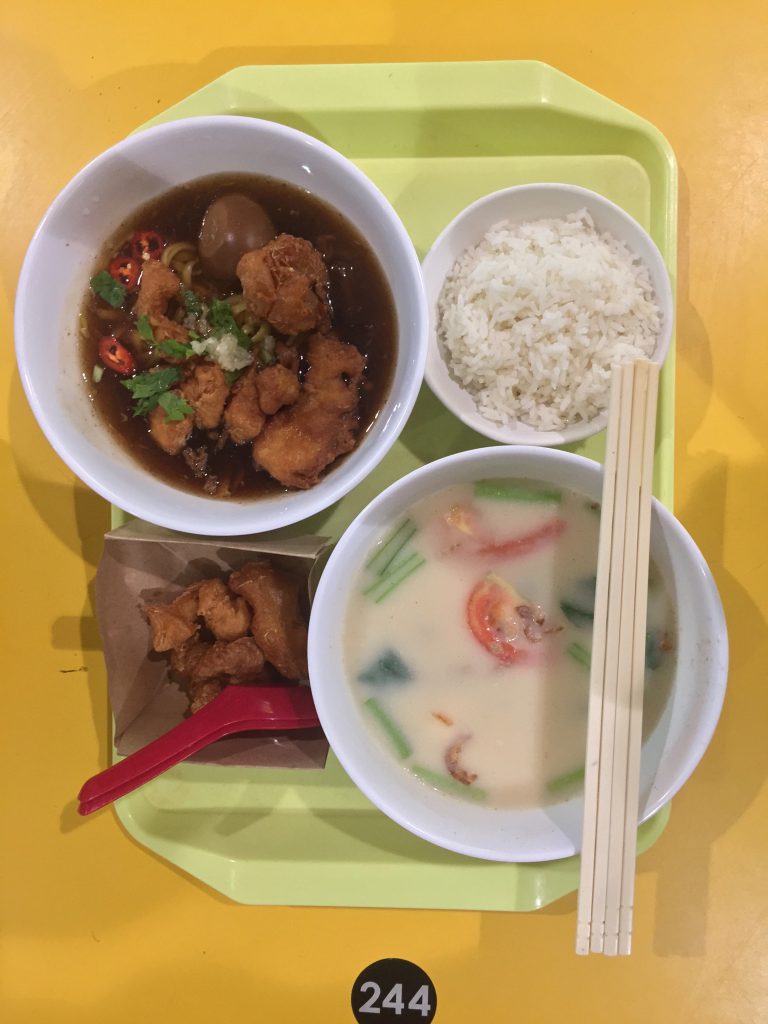 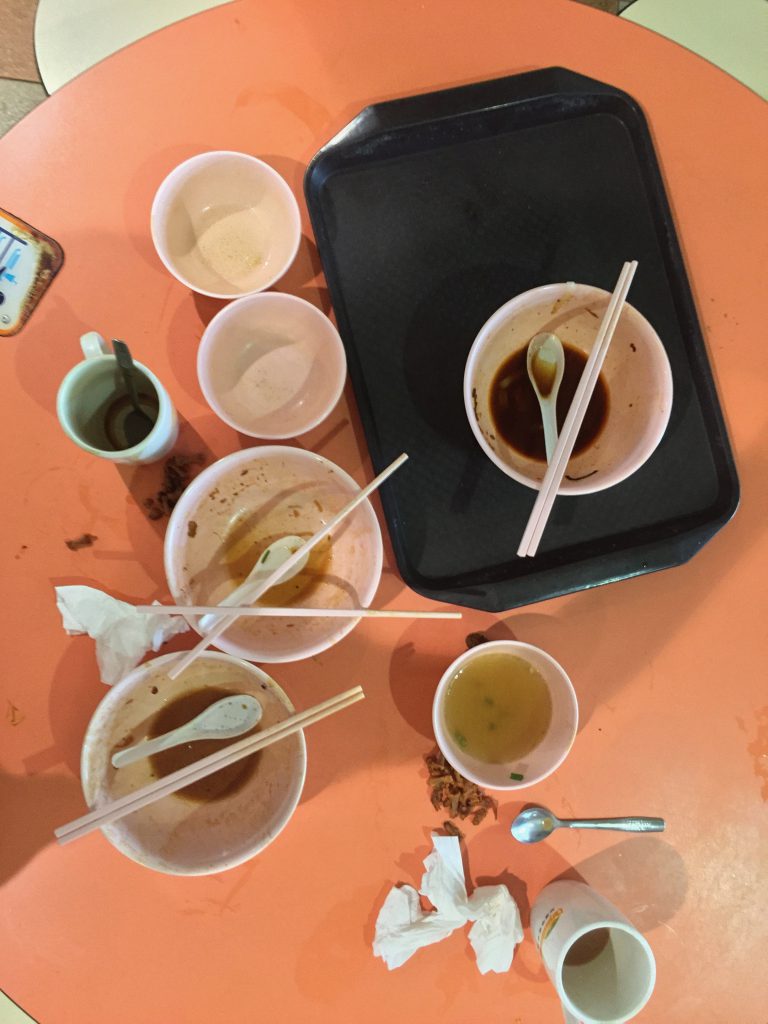 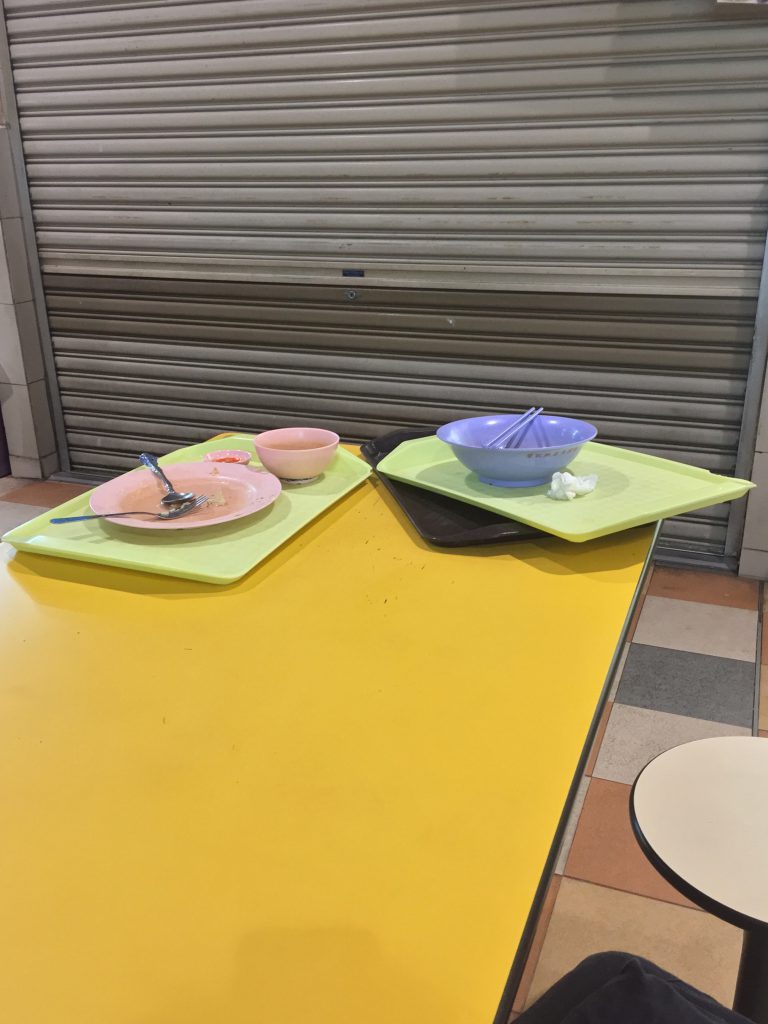 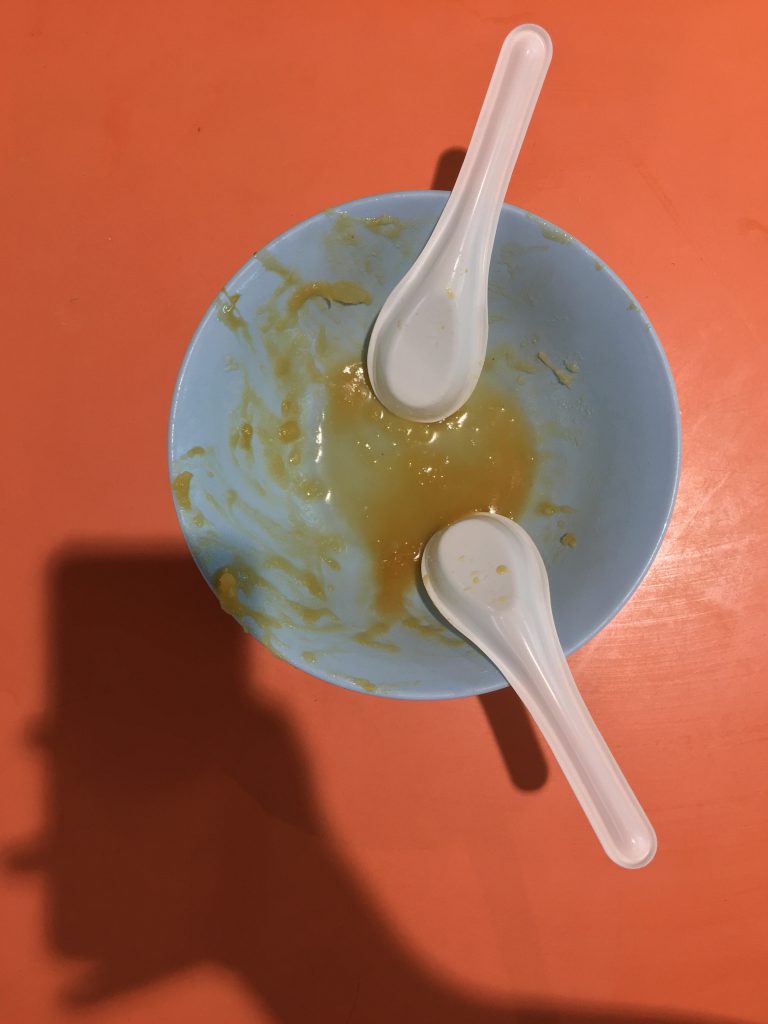 After looking at Lim’s series, I decided that the next time I went back to take more images, I should branch out into other areas of the location instead of sticking with the same subject and high angle of shooting. Apart from the variety of images of different locations, I was also inspired by how Lim captures slight pops of colors which conveyed the vintage/ retro visuals of Pearls Centre very well.

Task 2 was tricking for me because since I had to be in the photos interacting with my object, I had to set up the camera and go through the trial and error process with different angles and use of a tripod. The first two images amongst the final three were actually taken during the first round of shooting. 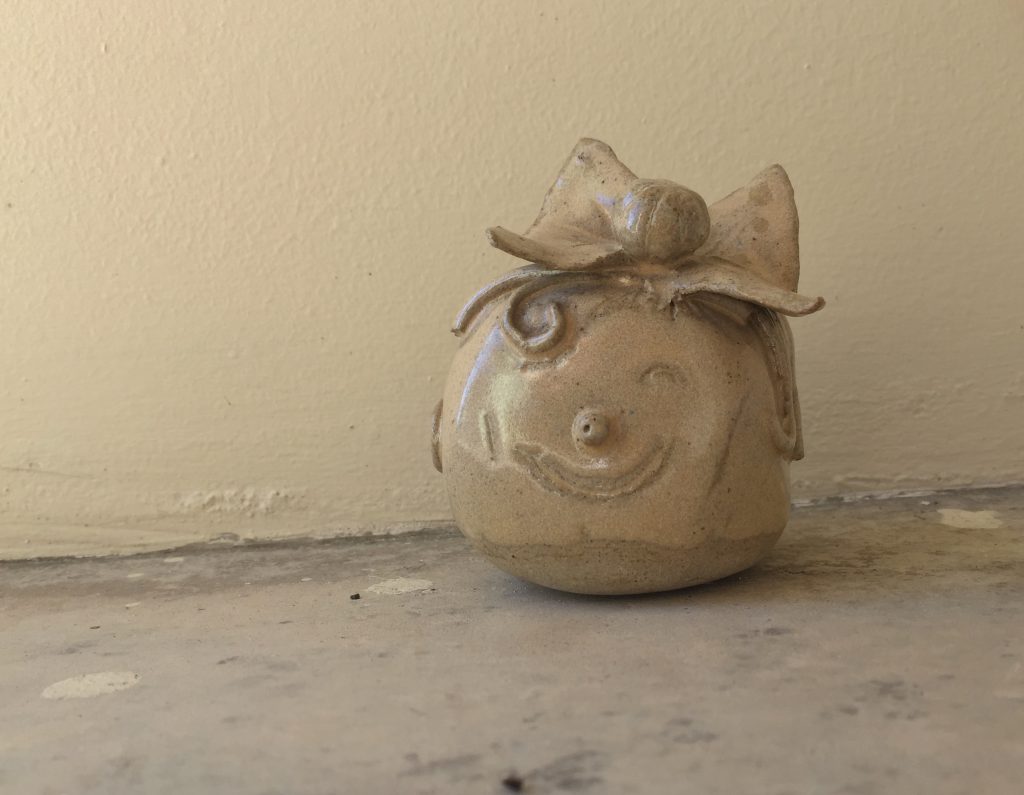 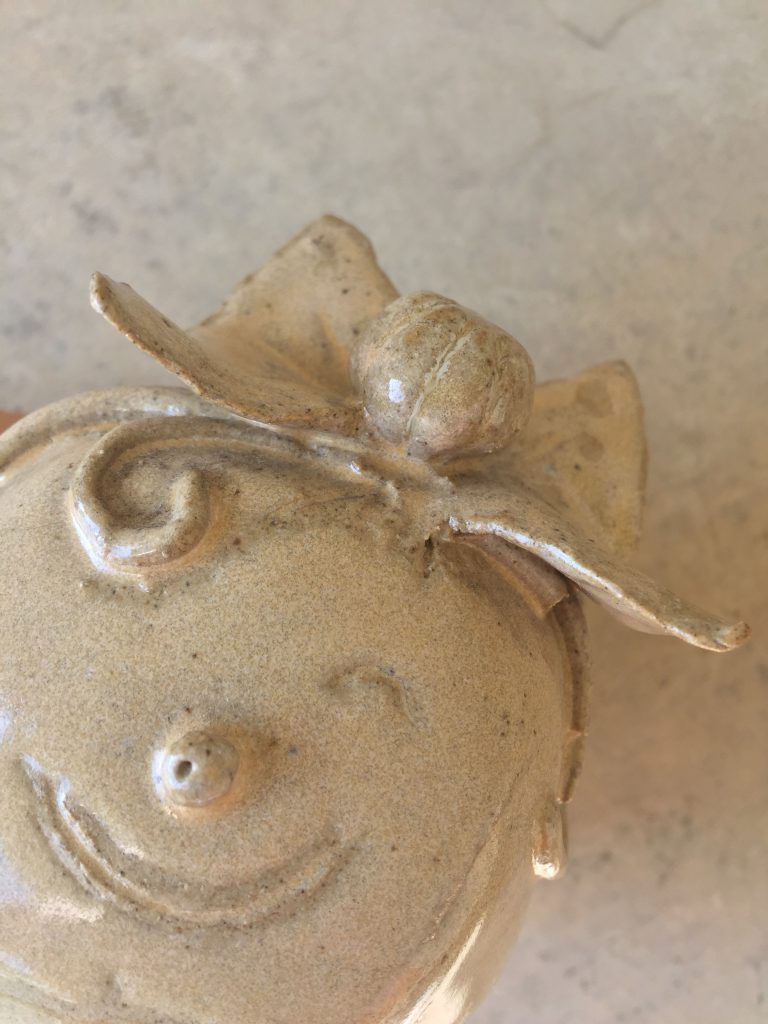 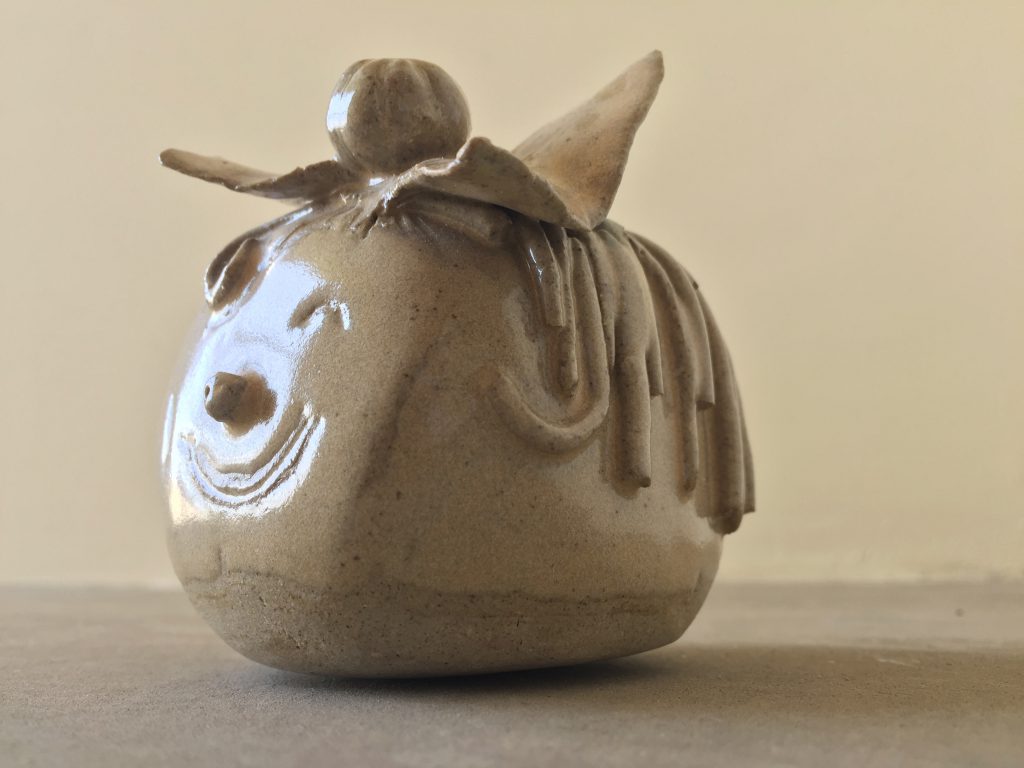 These were some of the close-up shots I took of my object. Even though I quite liked how the lighting was reflected off the object, after my discussion with Lei we decided that it was more meaningful to choose those images where I was interacting with it. Hence I did not have any shots of just the object.

Another interacting pose that I experimented with was where I was standing up. 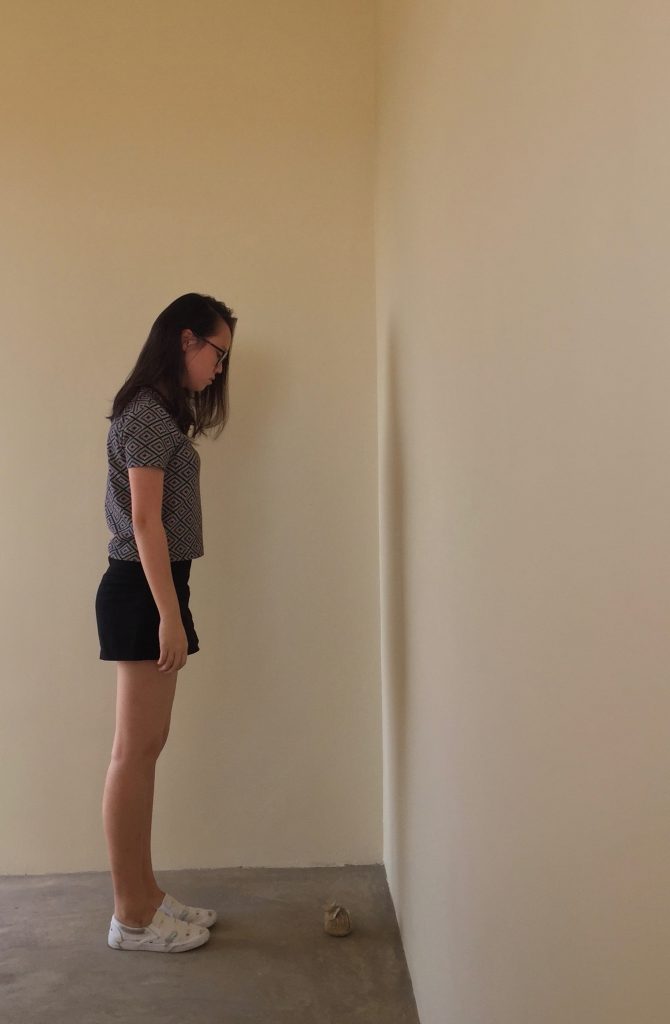 After consultation, Lei suggested that it might be better to take the standing shot from a much lower angle so I tried it again but this time in another background with different lighting. 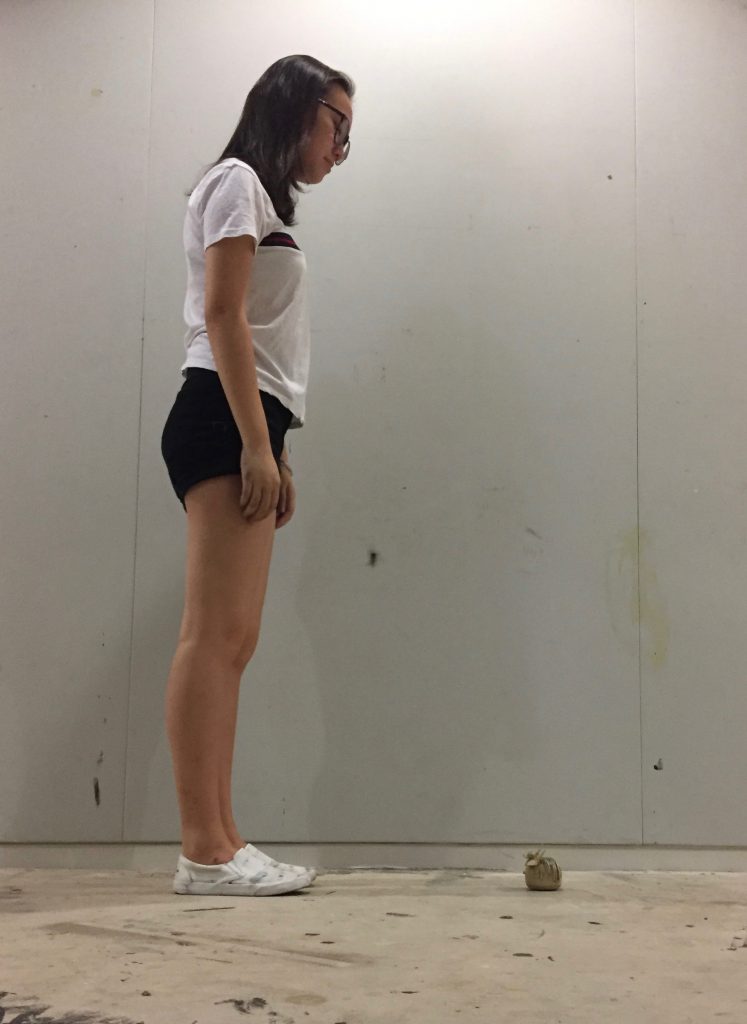 Taken from a lower angle

Even though I thought that this composition might be nice to select as one of the final images, the change in background and colors contrasted with the other images in the series which affected it to not flow nicely as a whole.