The best part of this project that that we are able to explore different techniques and methods.

It all started with this. a line of long folded triangles pasted together. Initially, I wanted to make it as a form of 3D texture art. However, I was not convinced with this end result. 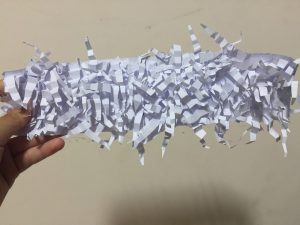 Folding long triangles and pasted them onto the paper

So I consulted Ms Ina who suggested me to scan it. Initially, I was very skeptical because firstly –  how much better can it look? Secondly – wouldn’t it look very flat, thus loosing its main feature of it being 3D?

However, I was pleasantly surprised that the end result turned out well! And coincidentally, I feel that the image also represents the emotion surprise.

Then a door to an entirely new world of possibilities opened for me. This was the power of a scanner (and photoshop).

Then I chanced upon Tara Donovan’s artwork on pinterest. I did more research and found out that it was done by layering slices of tracing paper. Enchanted by the movements of the lines, I tries to recreate it. 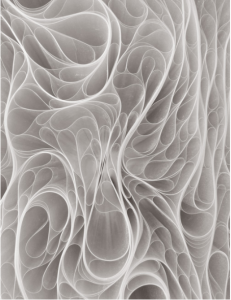 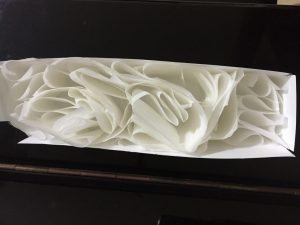 Had to create borders around the paper to contain it 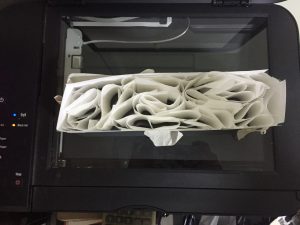 So excited when I placed it into the machine!

So I decided to push it further, and switched to ropes!

Intended for it to represent joy

Was disappointed when I scanned it, as it does not look very joyful

But photoshop is just as powerful as scanners. I thought about what makes something look ‘happy”, and thought of making the strings have a kaleidoscope effect.

I intended for this print to be 3D as well, but decided to give it a try at the scanner 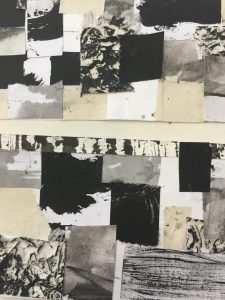 A montage of the different papers/prints that I made

I wanted this montage to represent insecurity. When one is insecure, he/she are always comparing, always not satisfied, have not found their own identity and stand yet. This montage is a physical representation of the emotion.

I personally feel that this line looks better in real life, rather than digitally. However, since the rest of my work is going to be digital it will stand out to not have it done digitally. 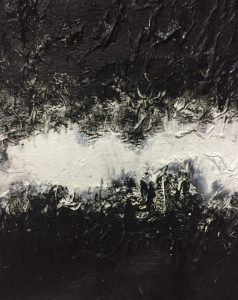 A combination of white glue, tissue paper and black and white acrylic paints

That is the end for my post! Next post will be about some fails I experienced. Because when it comes to design/art, I (and I’m sure you too) end up in this situation: 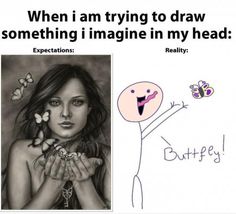