Mark Making Tool and its results 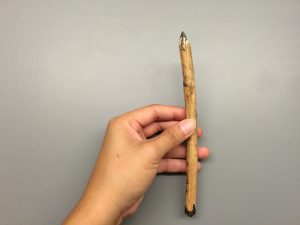 For my mark making tool, I was interested in creating something that would allow me to experiment with Chinese Ink, as I wanted to explore the difference between the textures made by the Chinese paint brush versus a less versatile tool. This is the mark making tool I made out of a wooden stick I found on the ground. I shaved the sides of the stick with a penknife to get rid of the bark to allow me to hold the stick easily, before sharpening the end of the stick to create a sharp, wooden point (similar to a pencil). 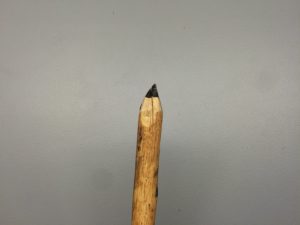 On the other end of the stick, I decided to experiment and play around with the existing texture that was already there. Since the stick had broken off, there was a very rough, jagged end, which I felt would create an interesting pattern when dipped in Chinese ink. 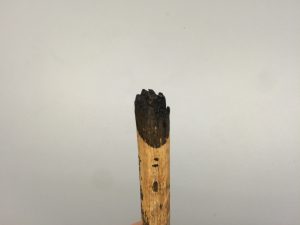 These are the results after some experimentation. I used the different ends to create various marks, which yielded patterns with different values in accordance to the surface (of the stick) that touched the paper. I also tried the technique of frottage, where I used graphite to rub over the uneven surface of the stick. However, although I liked the different tonal values that could be produced, I was not as satisfied with the overall outcome. I felt these values would be more interesting if I used a different medium, such as pen, which would allow for a more detailed, prominent tonal value. 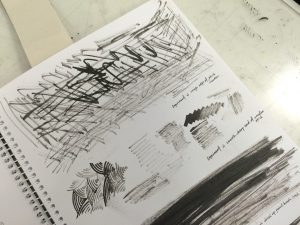 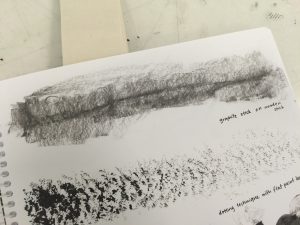