panels of ink painting  in the tradition of scrolls, with more details depicting the life of people in a small traditional town, but it is not possible to properly show them here. 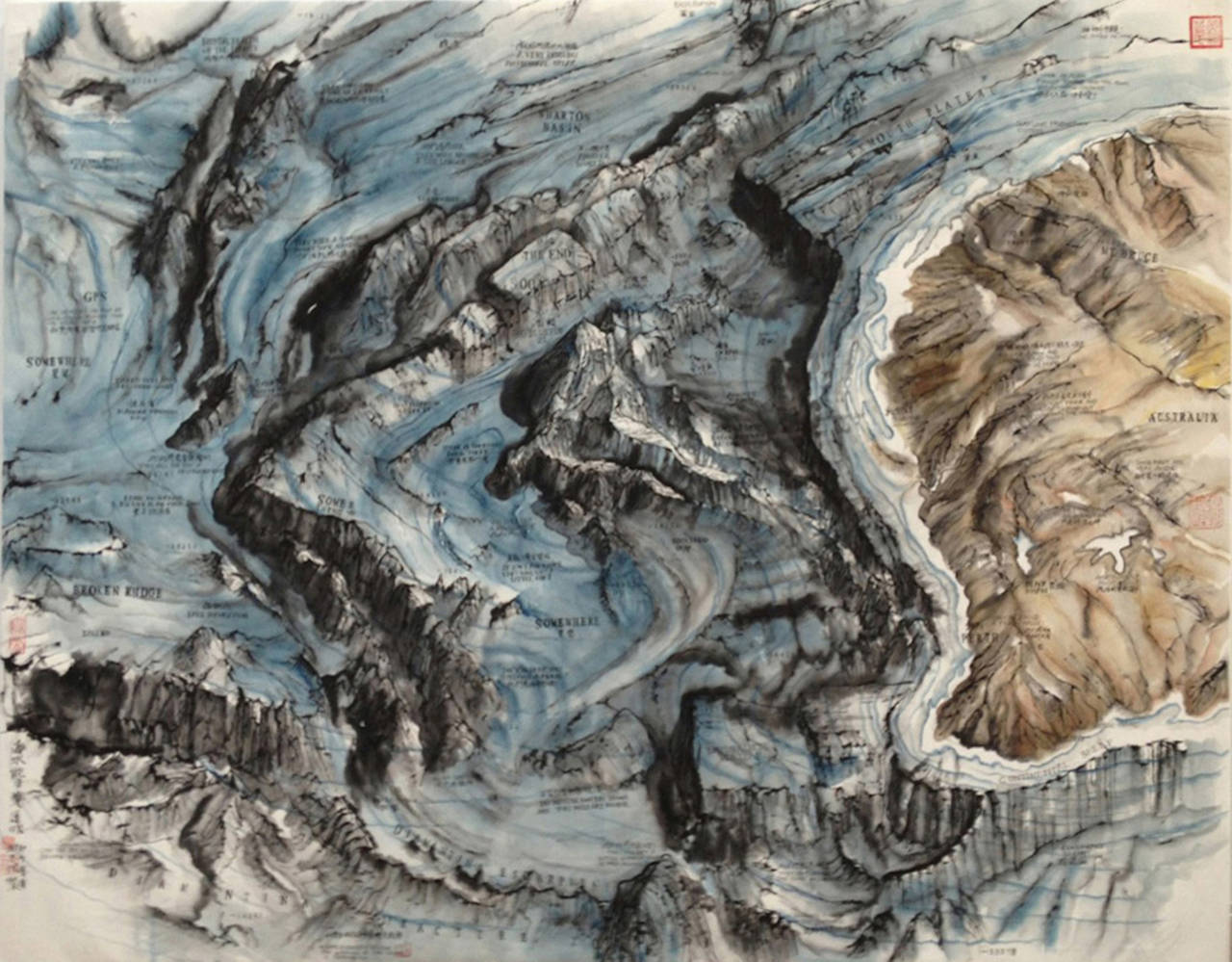 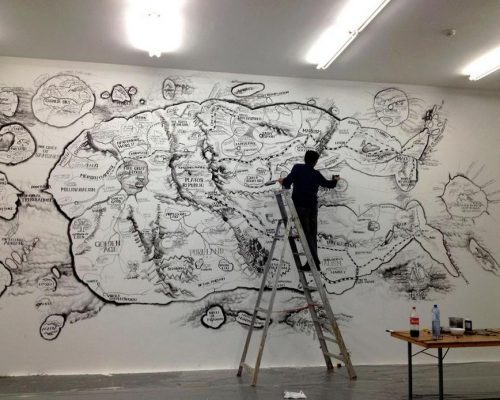 Even though not related to Silk Road the following works by Japanese Artist Takashi Murakami are expressive in scale. 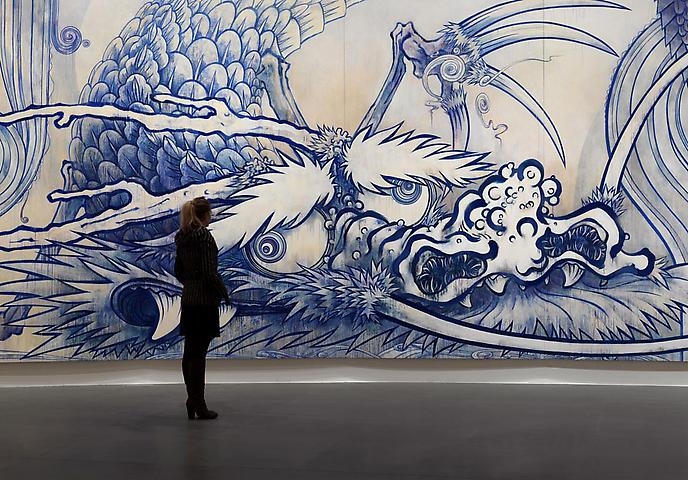 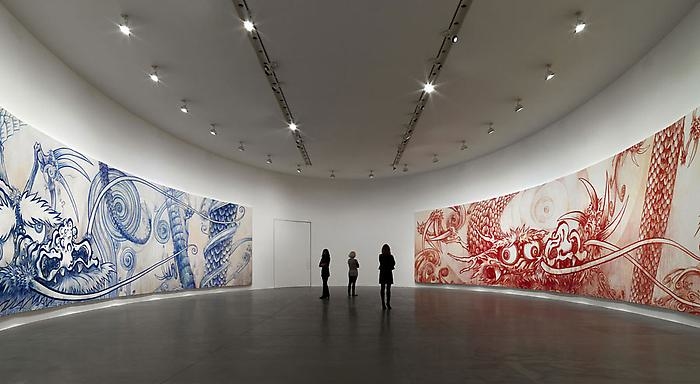 “The new artwork is a continuation of Yongliang’s ongoing commentary about the devastating effects of unchecked development and industrialization through the use of dense, photography-based collage. ”

” In his largest artwork to date, Chinese artist Yang Yongliang (previously here and here) just unveiled From the New World, a sprawling digital collage depicting an overpopulated, futuristic landscape completely overrun with construction, debris, and high-rise skyscrapers. The new artwork is a continuation of Yongliang’s ongoing commentary about the devastating effects of unchecked development and industrialization through the use of dense, photography-based collage. From the New World measures almost 26 feet wide (800cm) by 13 feet tall, and while it’s impossible to truly appreciate it online, you can see many more detail shots over on his website. ” read more on  Colossal 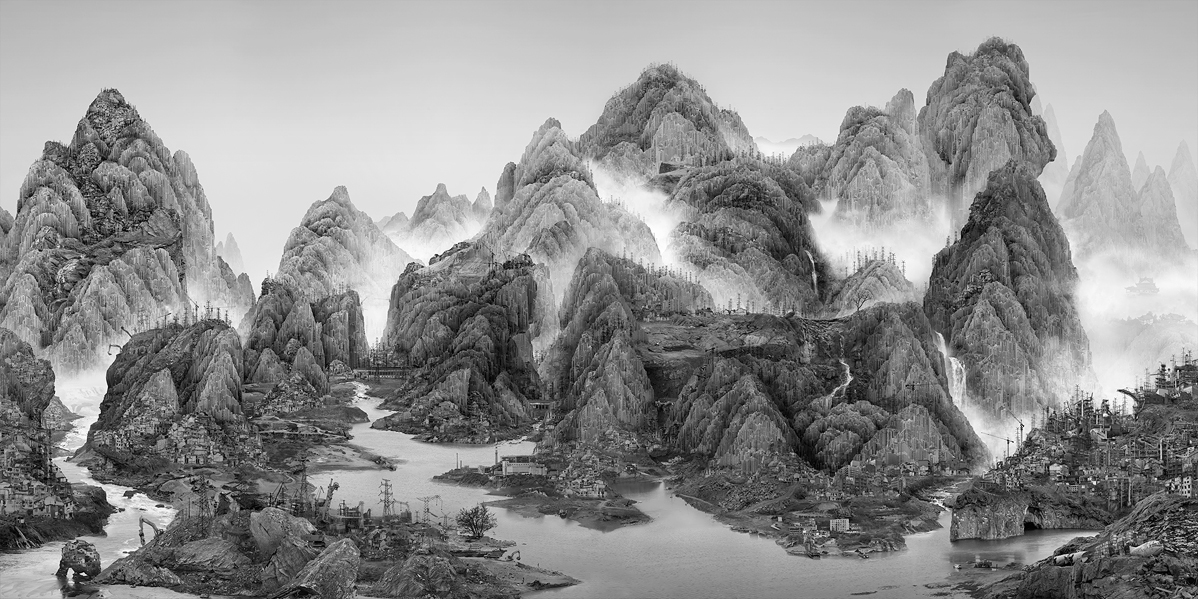 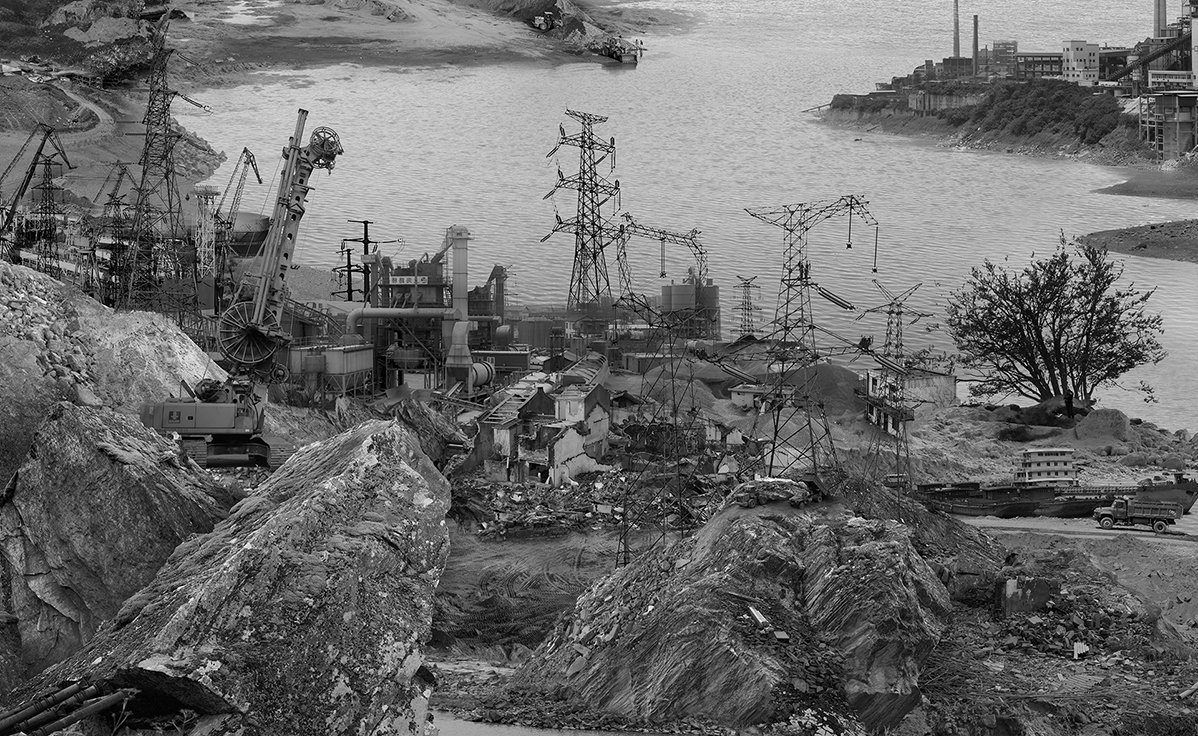 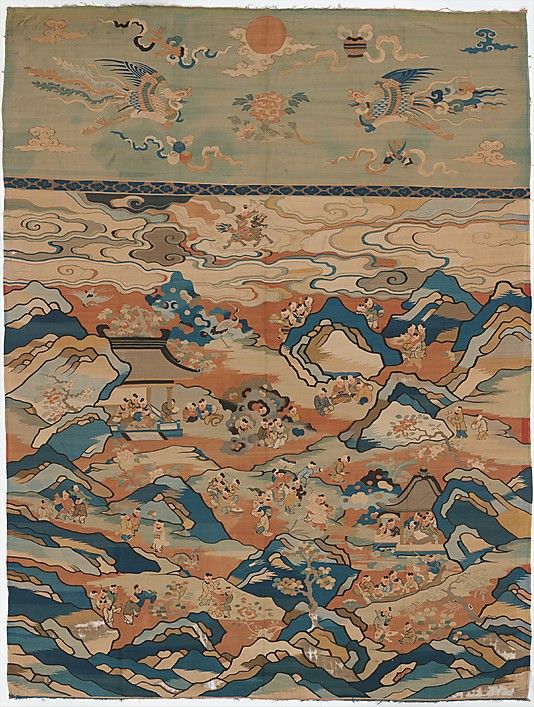 Known for several remarkable projects using gunpowder, including the firework displays for the opening and closing ceremonies of the Beijing Olympics in 2008, Cai Guo-Qiang’s work takes a material associated with violence and creates works of great beauty. 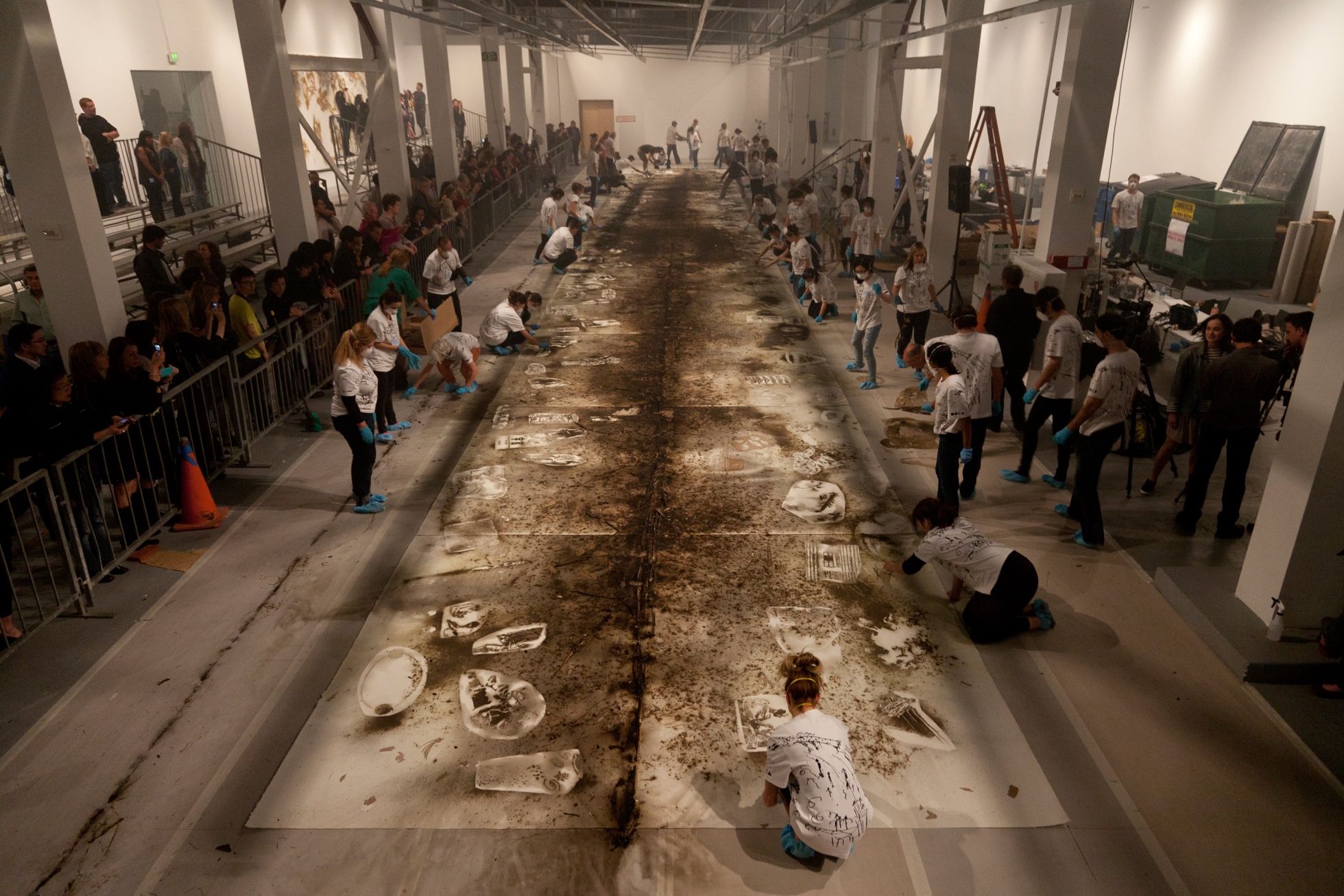 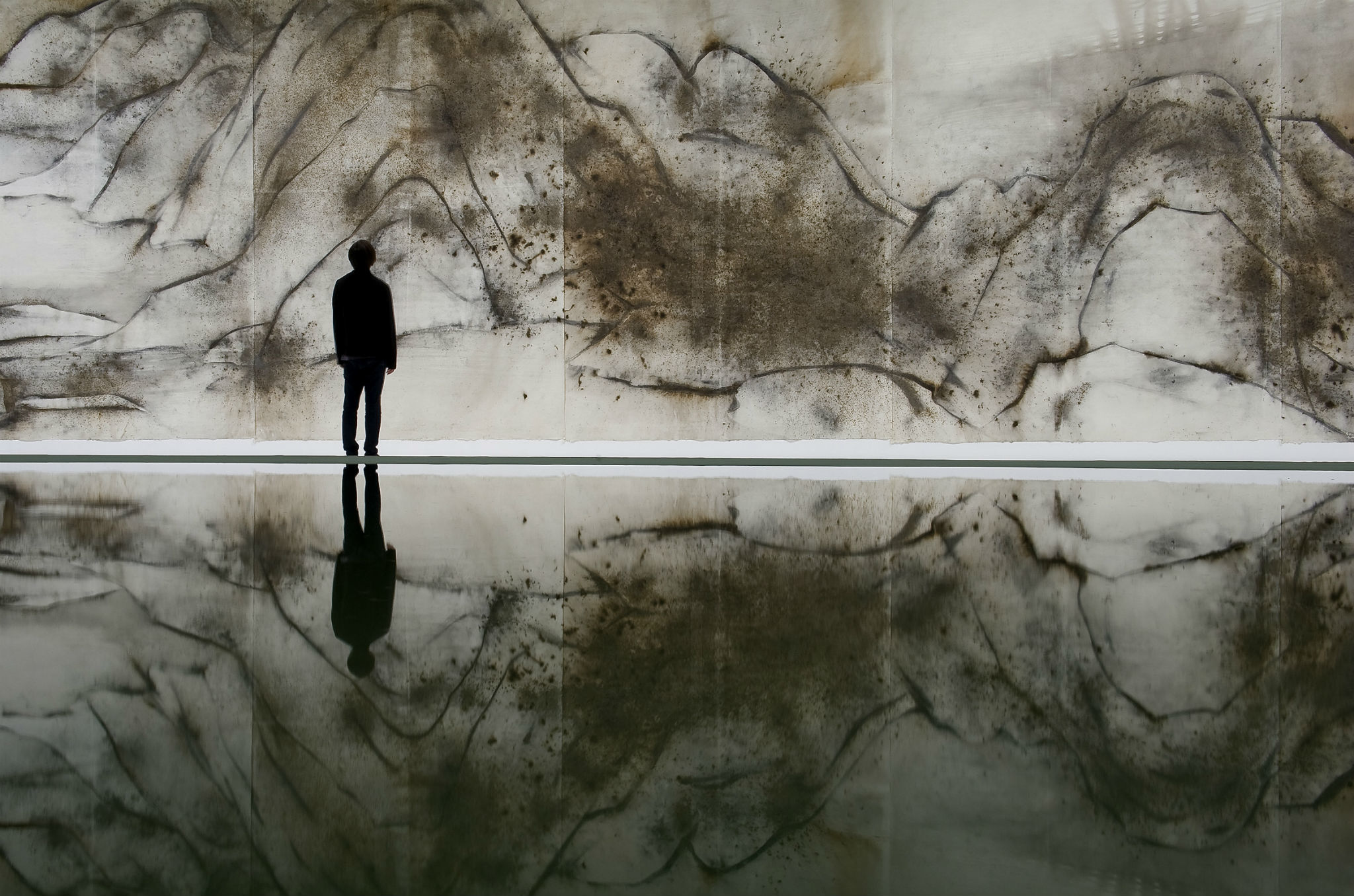 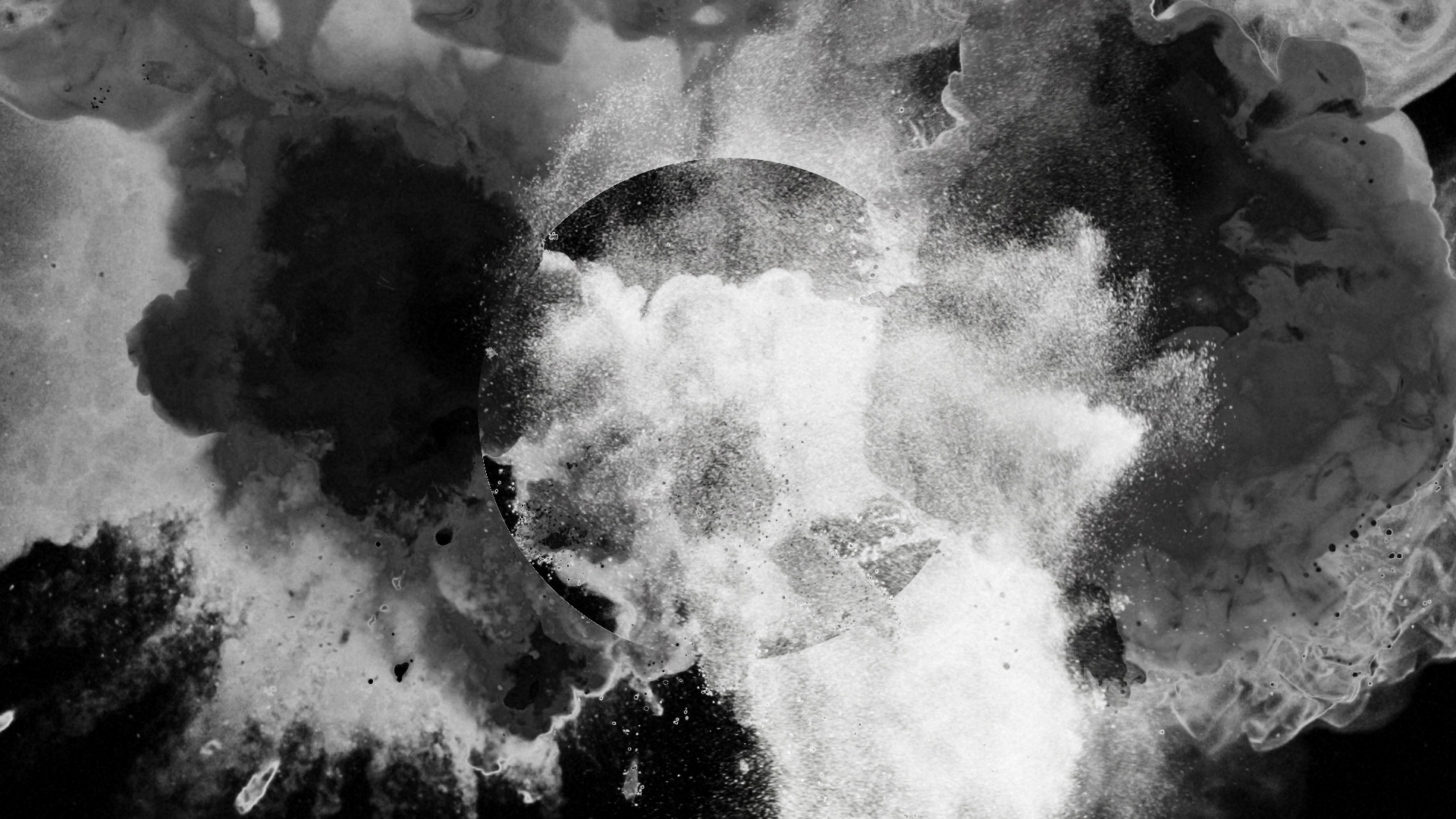 Second installation of my ongoing series focused on analog visual effects, understanding fluid dynamics, magnetism & natural invisible forces. Tiny portions of ferrofluid & other chemicals, soap, alcohol, milk etc Like a music video for the scientifically minded, the short film explores the unusual world of ferrofluid, a liquid which acts a lot like a gelatinous magnet. The second instalment in an ongoing series of experiments, the film was made by Singapore based photographer/videographer Afiq Omar. Ferrofluid looks like motor oil, but hidden inside it are nanoscale ferromagnetic particles… in layman’s terms, this liquid acts like a magnet. When exposed to a nearby magnetic field, the liquid jumps to life creating strange patterns controlled by the invisible field influencing it. The fluid also changes its behaviour based on the carrier liquid used, in the case of the first video below, that is everything from soap to alcohol and milk. It’s a window into a world of energy which surrounds us, but is rarely seen. You can find more of Afiq Omar’s projects at afiqomar.com. (Please see source)

….combined exotic ferrofluid along with metallic objects around the house to craft various footage that demonstrate the properties of ferromagnetism. Shot on a 5D with the amazing 100mm f2.8 L Macro and cut on Adobe Premiere Pro…

The following is taken from The Broad Collection Exhibit write up:
Thomas Ruff notes, “I believe that photography can only reproduce the surface of things.” As in his work of the late 1980s and early 90s, Ruff uses a recognizable image taken from a newspaper, the Internet, or a magazine and blows it up to a large format. Then, as in his famous series of nudes from the late 1990s, the image is stretched to the point of becoming blurry. Literally, the closer one looks at the photograph, the less information one is able to receive. The resolution, or the traditional essential truth of the photograph, threatens to be lost entirely while another, perhaps more important truth, emerges—that the emotional content of a photograph is in constant danger of disappearing. 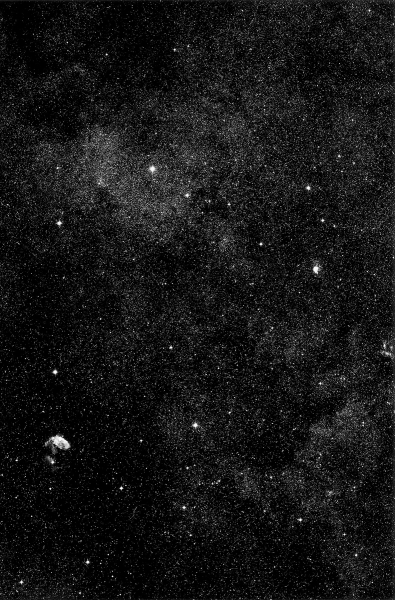 Thomas Ruff – Stars, 1990 Observation shots from the European Southern Observatory (ESO) based in the Andes in Chile. For more see Image source 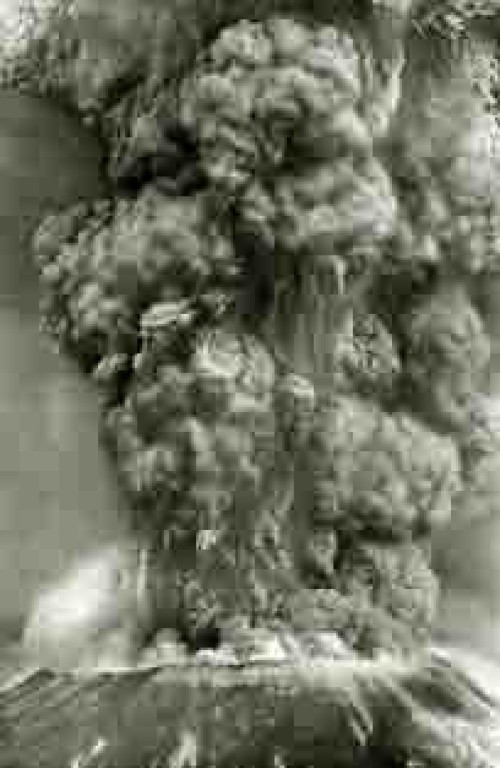 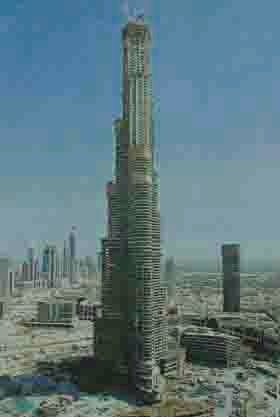 The following is taken from Art Blart  publication of ‘jpegs: photographs by thomas ruff’ from aperture foundation When viewed up close the images in Jpegs look abstract; as you move away they merge into decipherable photographic images. Like Impressionistic paintings, Ruff’s photographs require the viewer’s active participation and shift in perspective in order to make a complete assessment of the image content. The work ranges from idyllic, seemingly untouched landscapes and popular tourist spots, to scenes of war and nature disturbed by human manipulation. Places and global events that have defined the visual media world of recent decades are represented, including the familiar, almost iconic pictures of atomic bomb tests; 9/11; scenes of warfare in Baghdad, Beirut, and Grozny; the killing fields of Cambodia; and the ravaged Asian coasts after the 2004 tsunami, among others. Taken together, these masterworks create an encyclopedic compendium of contemporary visual culture that also actively engages the history of landscape painting. Jpegs is a testament to the effects of the digital age on the medium of photography.”

Taken from the About this artwork The Broad Sterling Ruby’s paintings SP272 (1) and SP272 (2) form a massive diptych of an apocalyptic sunset, a span of gritty beauty almost forty feet in length. These are foreboding surfaces, portraying a disaster soon to come or just coming into view on a smoky horizon. Ruby makes these works by spraying dozens of cans of paint onto the canvas while intuitively calibrating their overall effect. He describes the process as thousands of gestures becoming atmosphere, an idea inspired by the call-and-response exchanges between the graffiti writers and the city’s white washers near his first studio in Los Angeles. For Ruby, this is a move toward the chaos and primal flux that serves as the root of art making. He seeks a transitional state, the space between freedom and imprisonment in which the contemporary self often resides.

Black and white with color accent

“Selecting from a wealth of popular ephemera—lined penmanship paper, magazine pages, journals, and advertising—as support for her paintings and drawings, Gallagher subjects the original elements and motifs to intense and laborious processes of transformation including accumulation, erasure, interruption and interference.  Like forensic evidence, only traces of their original state remain, veiled by inky saturation, smudges, staining, perforations, punctures, spills, abrasions, printed lettering and marking, all potent evocations and emanations of time and its materiality. This attained state of “un-knowing” fascinates Gallagher and is one of the primary themes in her work. “ Gagosian Gallery Art (Reference: Arth 475: Contemporary Women Artist) 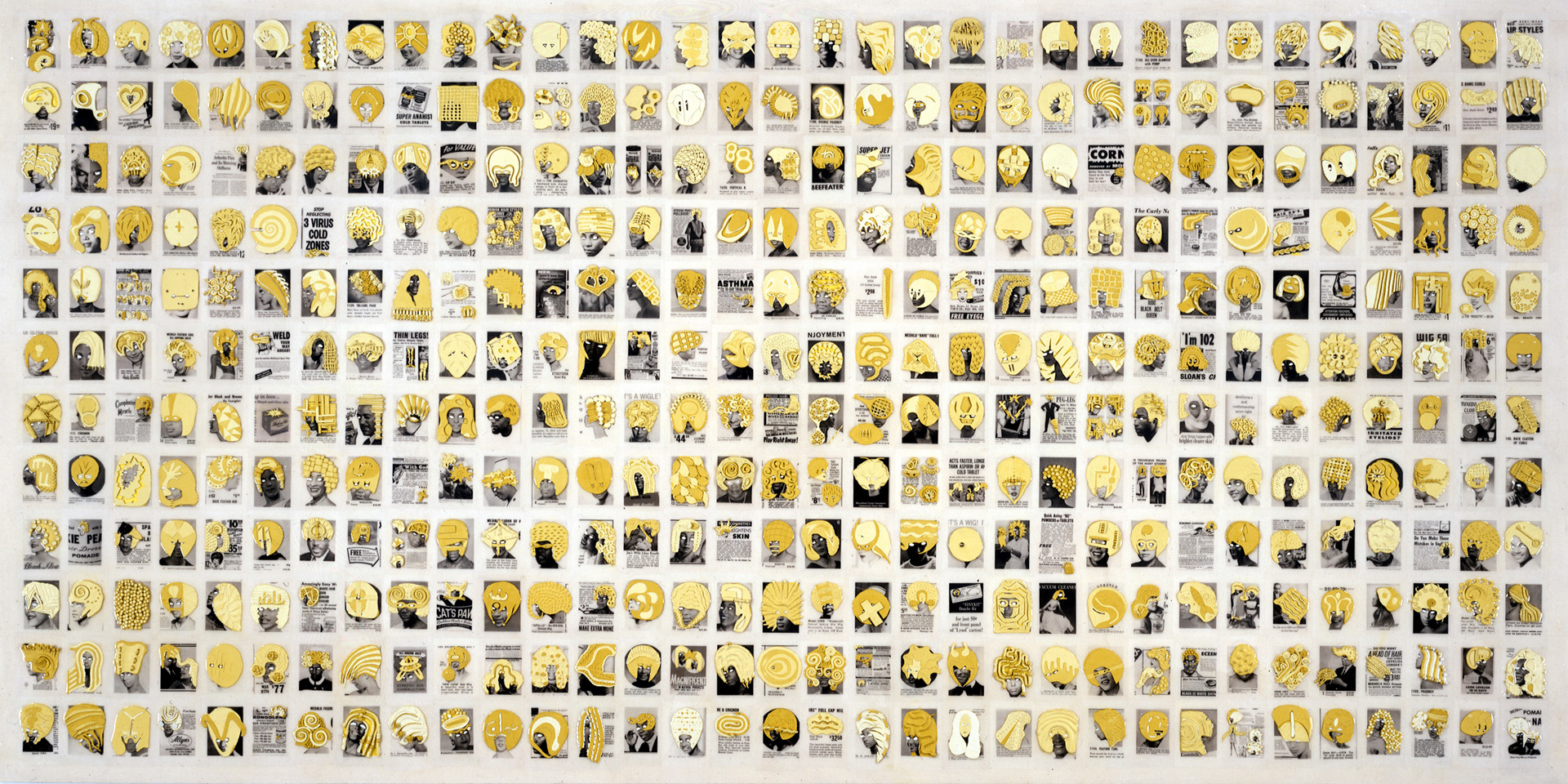 …” Ellen Gallagher’s multimedia practice explores the history of beauty and images in our collective American history. In her hands, modernism itself, both as an ideological stance and as a formal imperative, is shown to have existed through loss and suppression of the narratives of race and gender. Her inquiry takes a polyvalent approach, showing how various forms of media, such as literature, music, and fine art as well as popular magazines and films, used stereotypes to perpetuate social customs derogatory to African Americans. Her work recovers these histories, setting them into aerated aesthetic motion. ”  Reference: The Broad  On View Now Art Collection and TATE: Art and Artists  ELLEN GALLAGHER : AxME AT TATE MODERN) 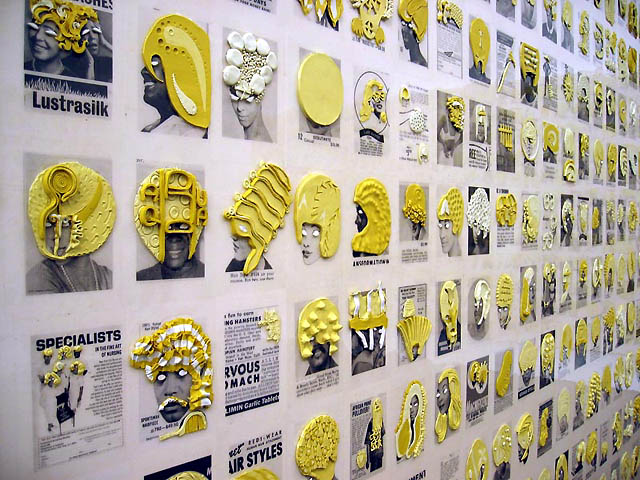