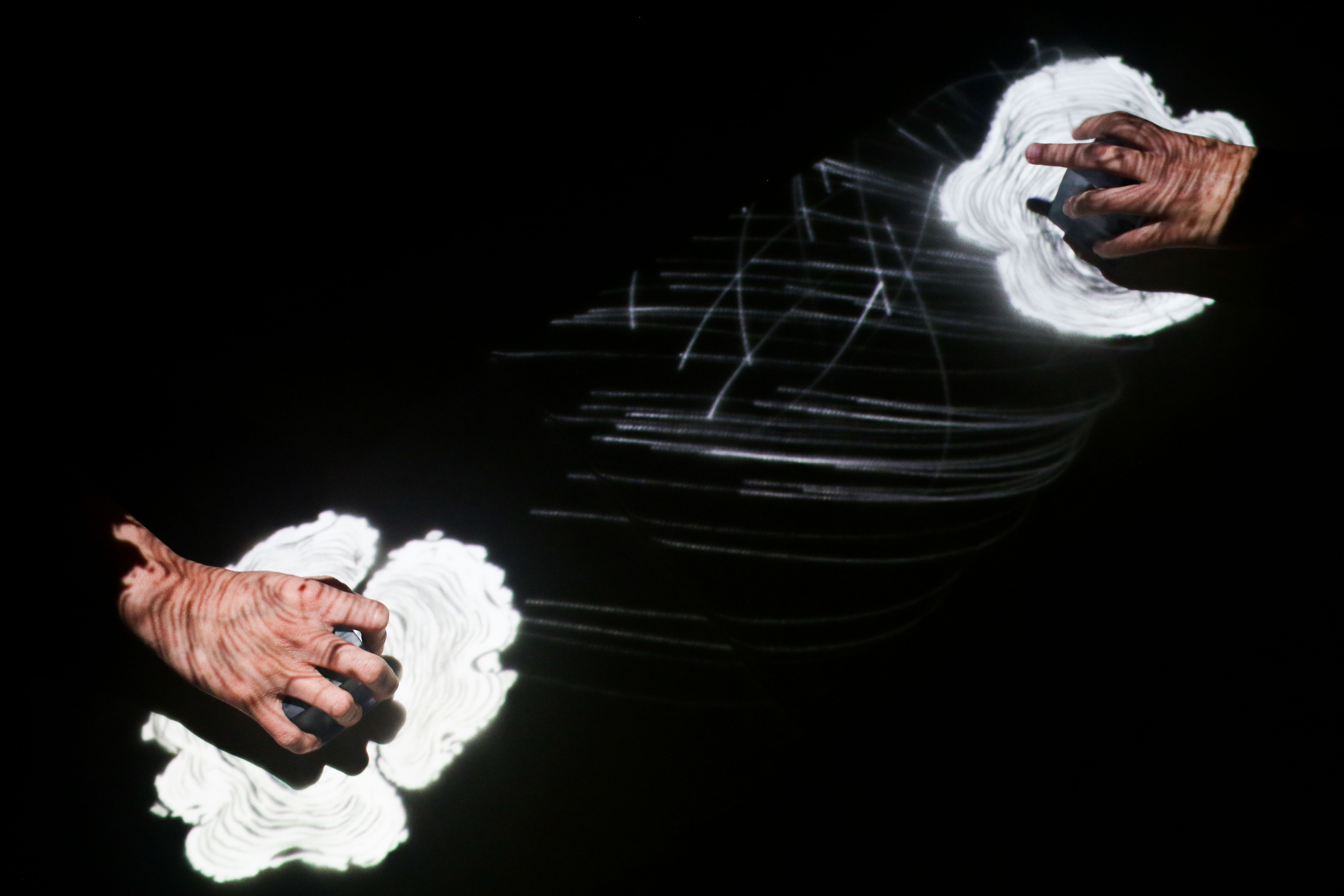 This project aims to embody the essence of bird migration, migration paths and geographical locations that birds visit. The migration patterns of birds extend beyond merely moving from one place to another; it is a symbol of interconnectedness, not just between countries, but also between species as bird often transport plant matter and seeds on their bodies while migrating. By projecting a flock of birds birds onto a raised platform, the audience can interact by placing objects (dried plants cast in resin cubes) on the table. Each object will produce a different animation of tree rings on the platform at the location the person has placed it on, and the birds animation will flock towards the tree rings. This works through AR fiducial marker detection; each object bears a different fiducial marker and a camera will detect the identity of the marker and produce the corresponding tree on the projection. The combination of tree rings and bird flock is a visual representation of the interconnectedness between birds and trees/plants, all part of nature. 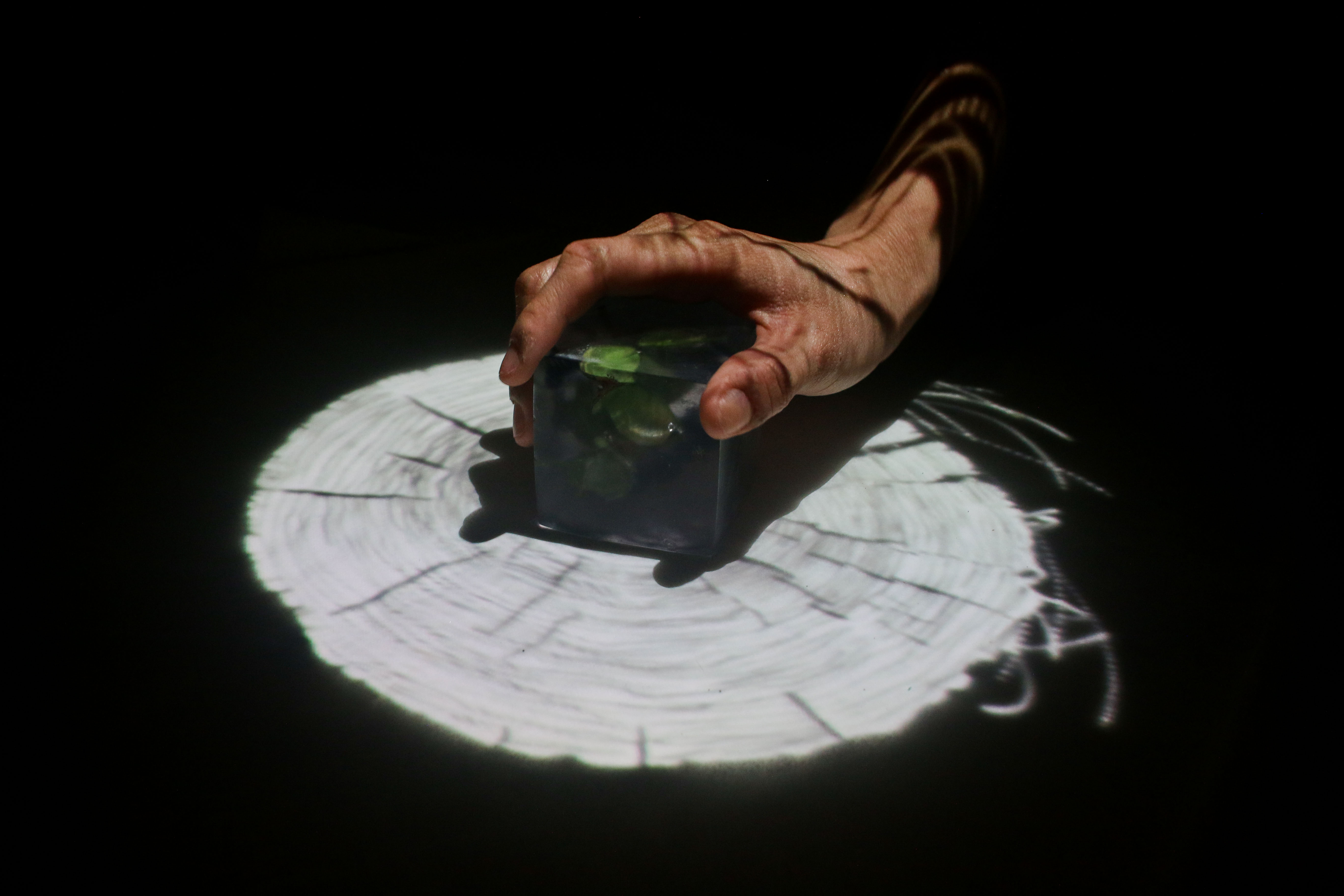 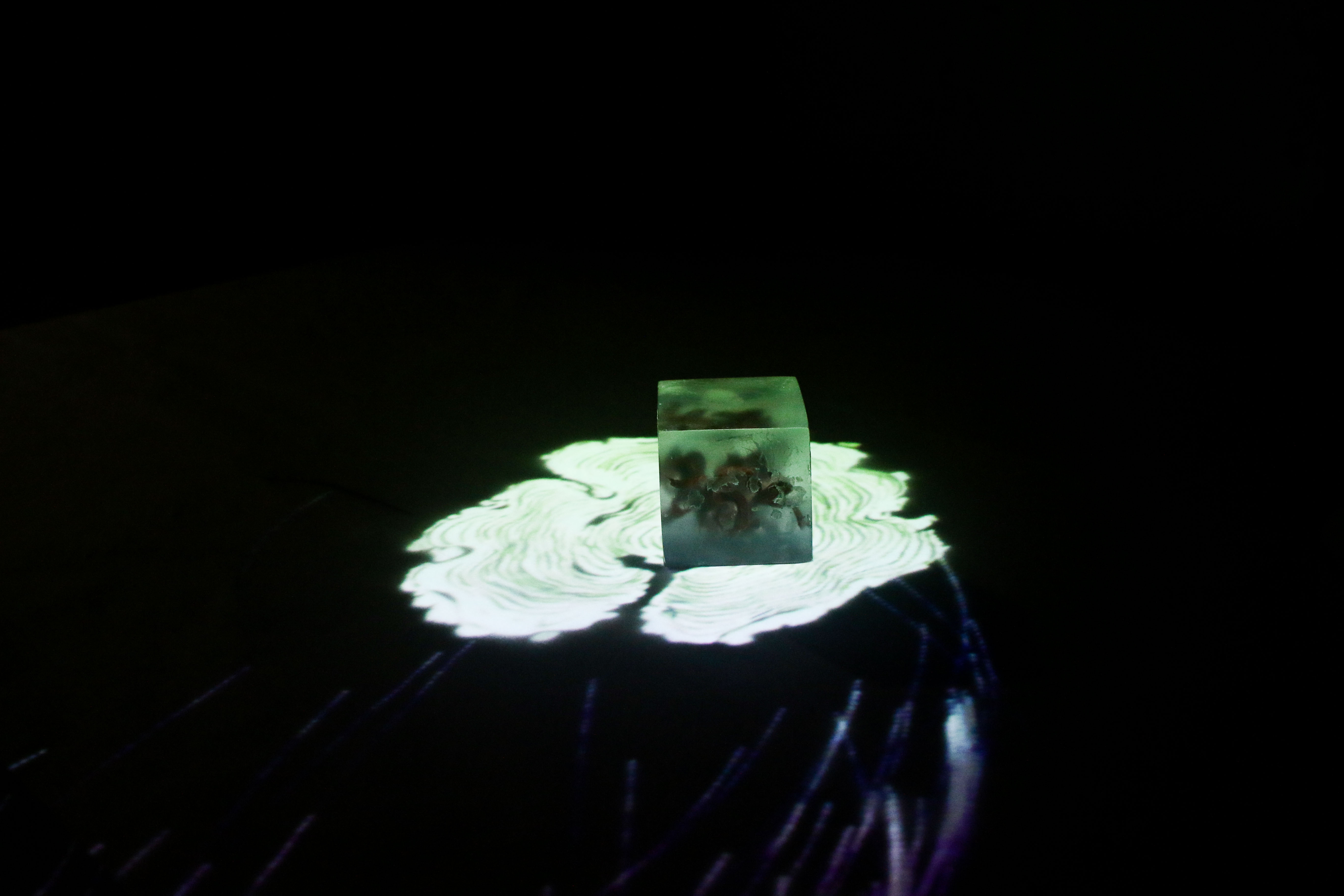 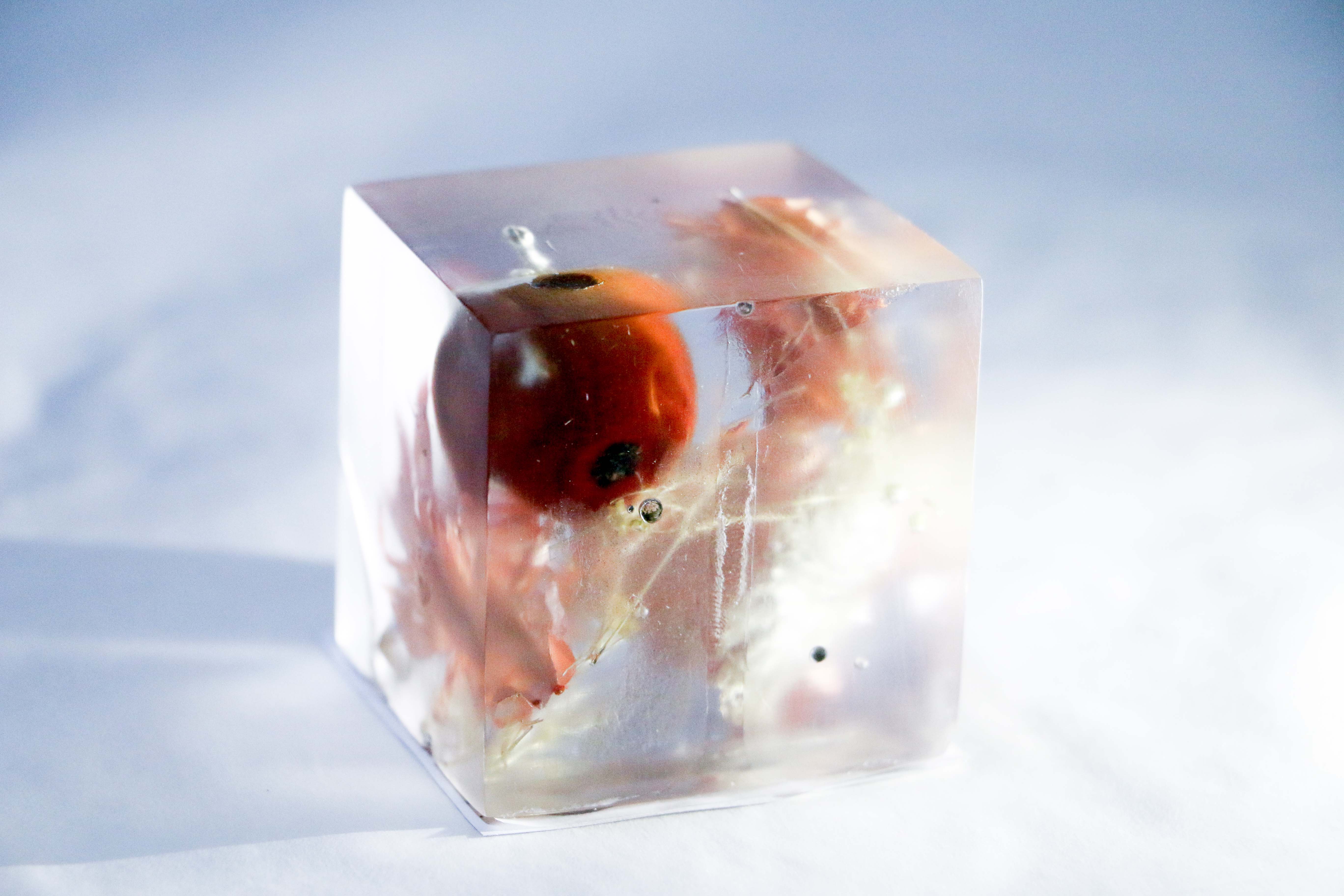 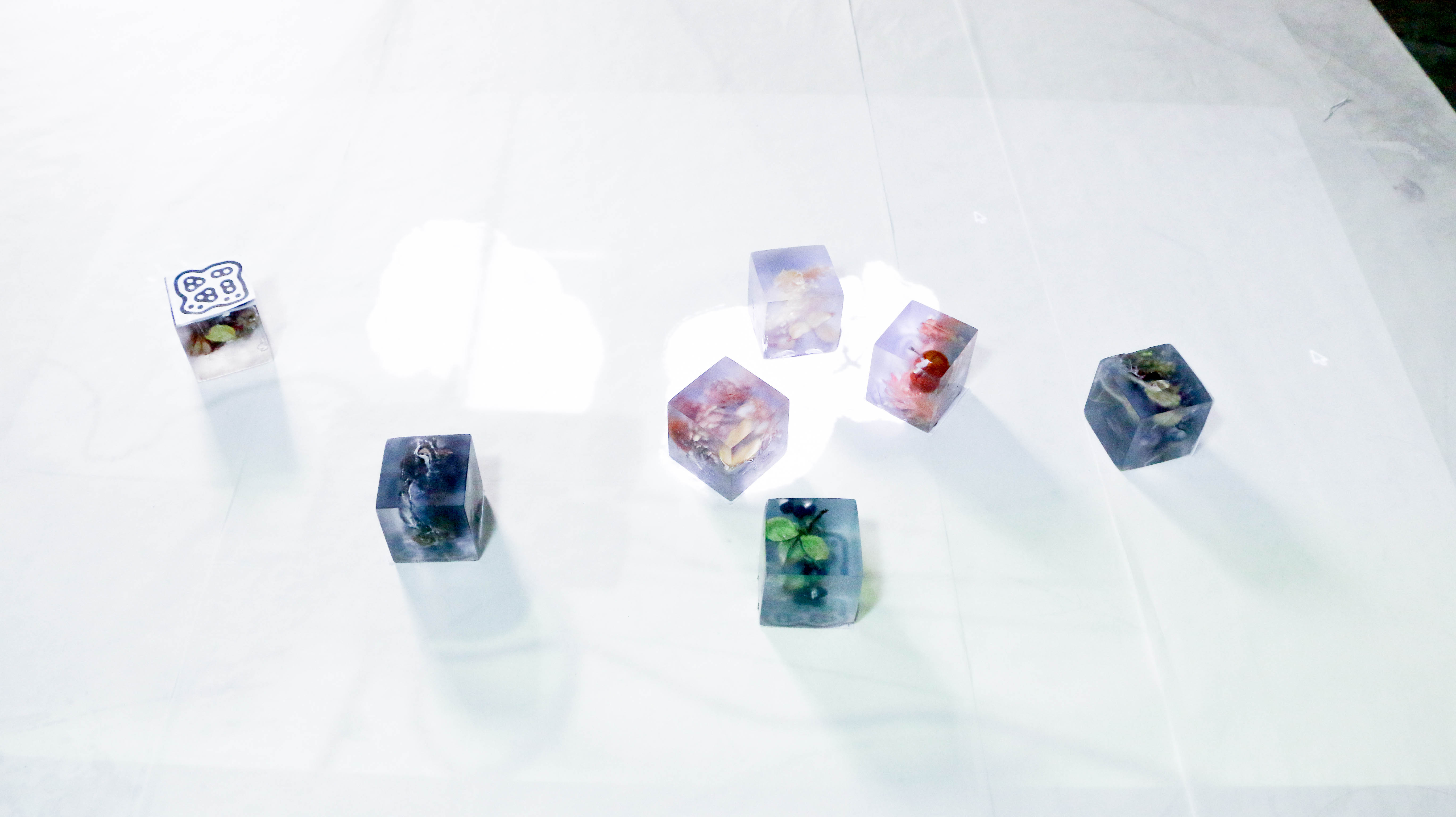 Since the last progress post for this project, we have made some changes (mostly visual wise) but other than that we have mostly stayed true to our original idea of using projection plus human interaction with fiducial AR marker objects in order to portray the interconnectedness of bird migration.

We decided that instead of using islands to represent migration locations like we previously said, we would instead prefer to use something that represents the connection between plants and birds rather than just merely showing that the birds are flying between different countries. Hence we decided to go with tree rings for our visuals instead. Below are the TreeRings we drew. 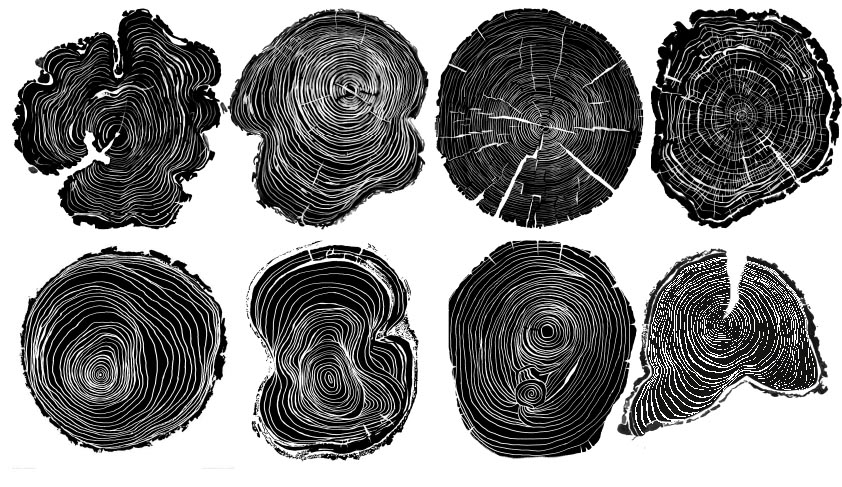 We found an artist called Bryan Nash Gill  and we referenced his tree rings ink print work in order to create our own visuals for the animated video!

Previously we wanted to make use of some plant based object like seeds and stick the fiducials onto them.

We purchased several packets of these type of dried flowers from Daiso, and from there we sorted them into different groups according to how they go together visually. Then, we used plastic containers to cast them in resin in order to create square cubes with the dried plants encased inside! This was quite a tedious process as it involves mixing and pouring the resin, as well as waiting for it to dry and then sanding and polishing it by hand several times. 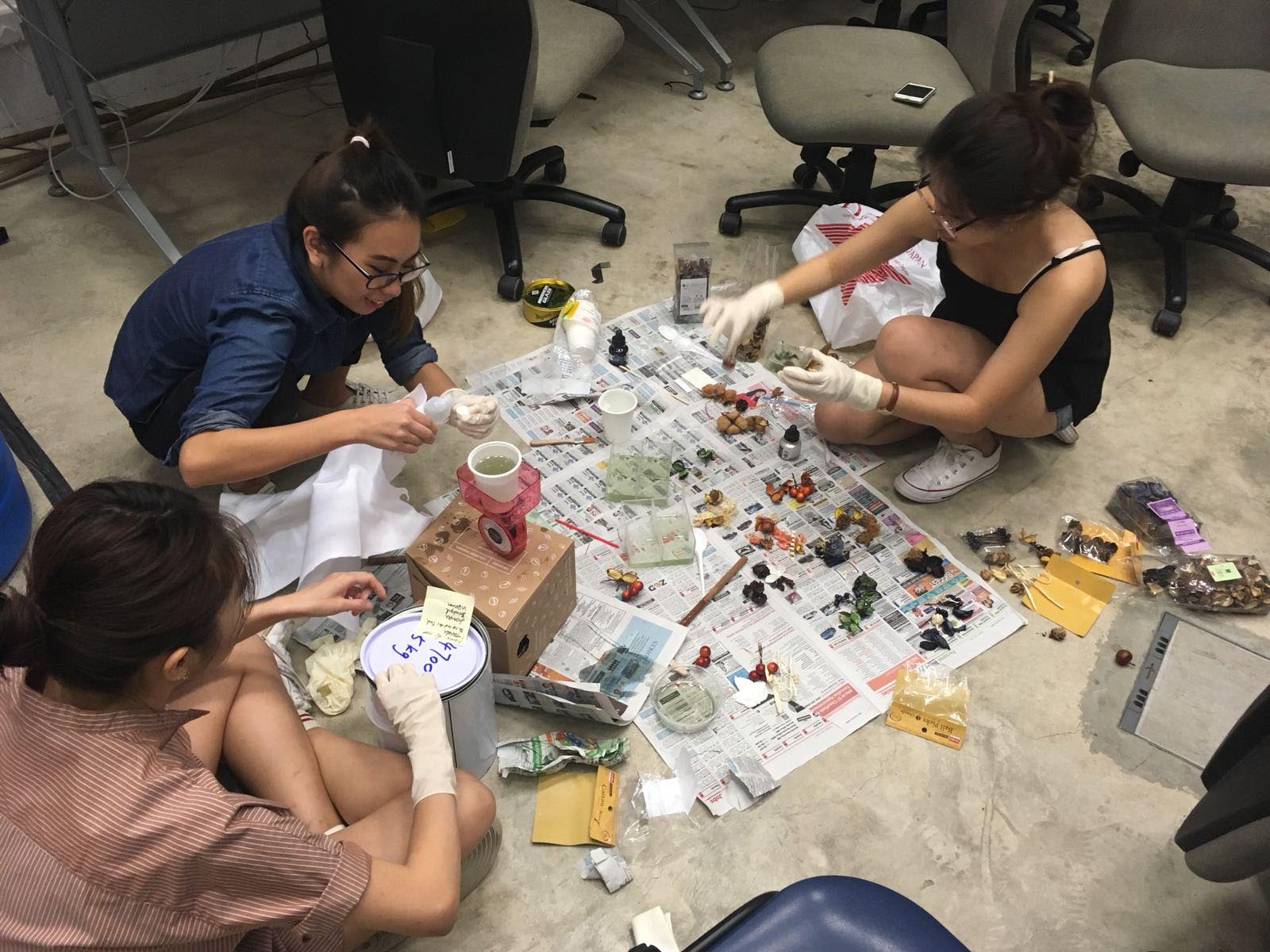 Above is how it looks like during our own test run before polishing. 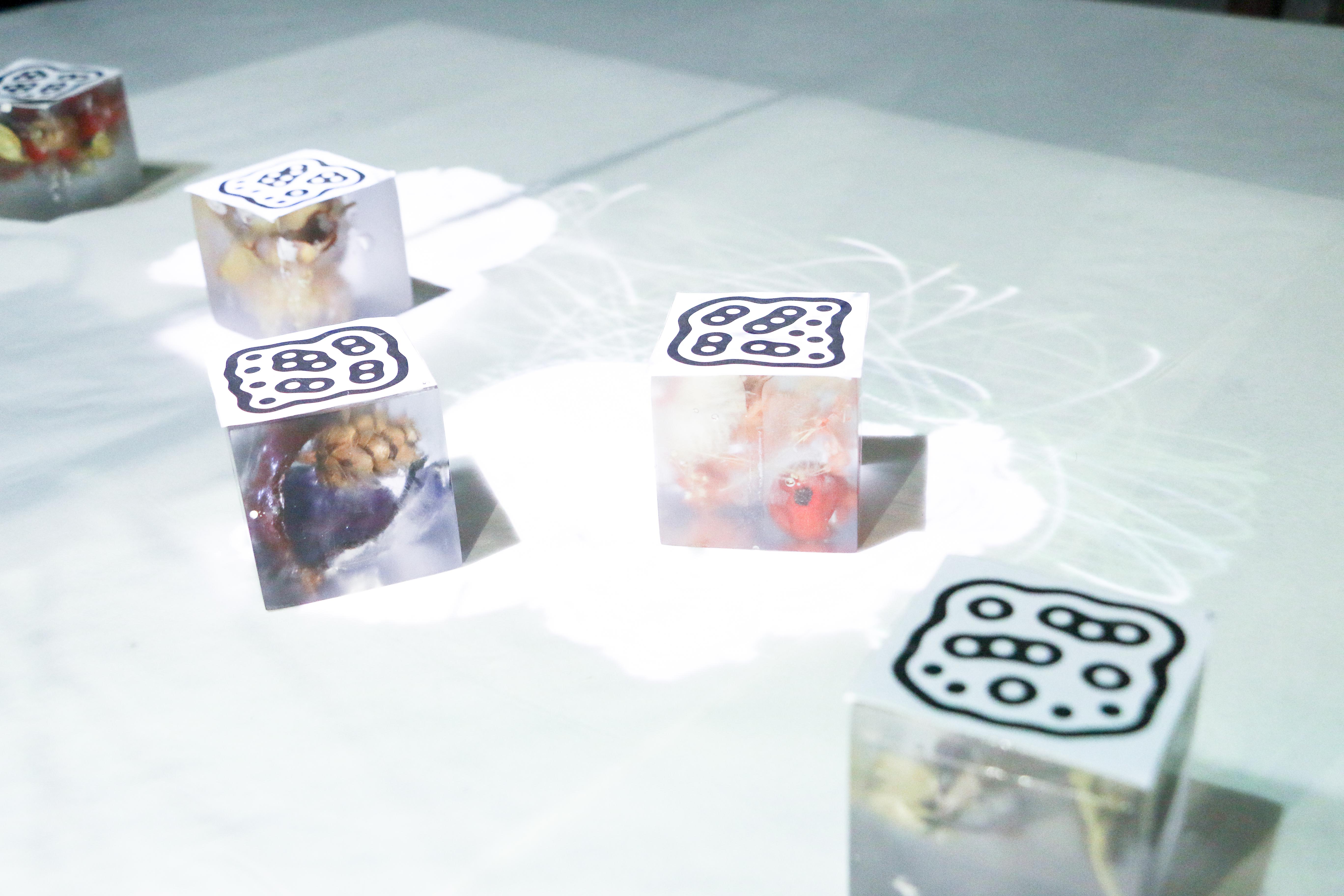 Initially we wanted to attach the markers to the objects by laser-cutting the markers onto pieces of square wood and sticking it onto the resin cubes. We even tested this out on scrap wood as well as purchased our own wood for it, however in the end we were unable to use the wood as the fiducial image was too light and did not have enough contrast against the wood to allow the webcam to sense it. Hence we made a last minute decision to just use images of the fiducial markers printer onto plain paper and stick it onto the cubes, and it works fine!

We decided to simplify the birds, instead of using actual animation of birds in the flock we decided to just use a particle system instead in order to not overcrowd the visuals and not overwhelm the computer system with frame-by-frame animation. 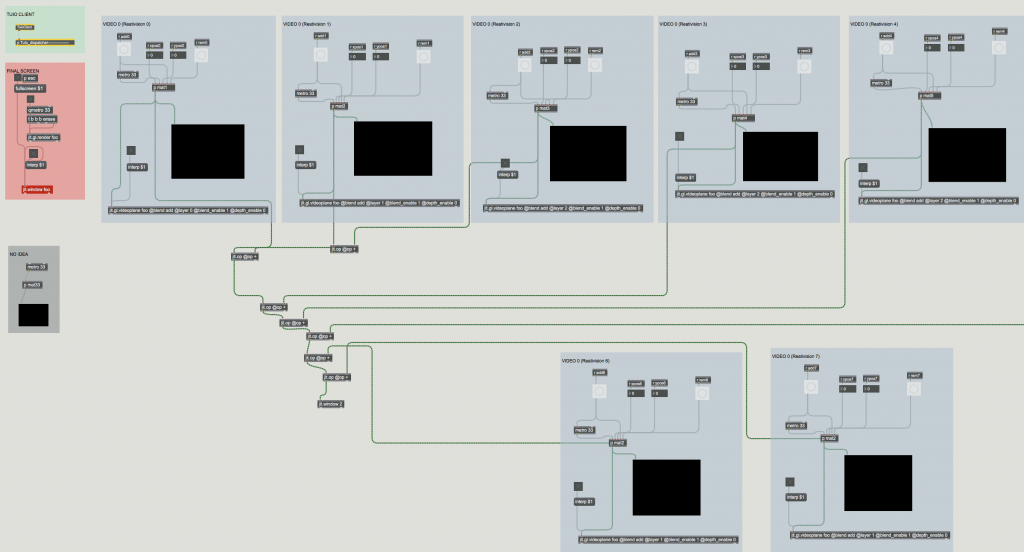 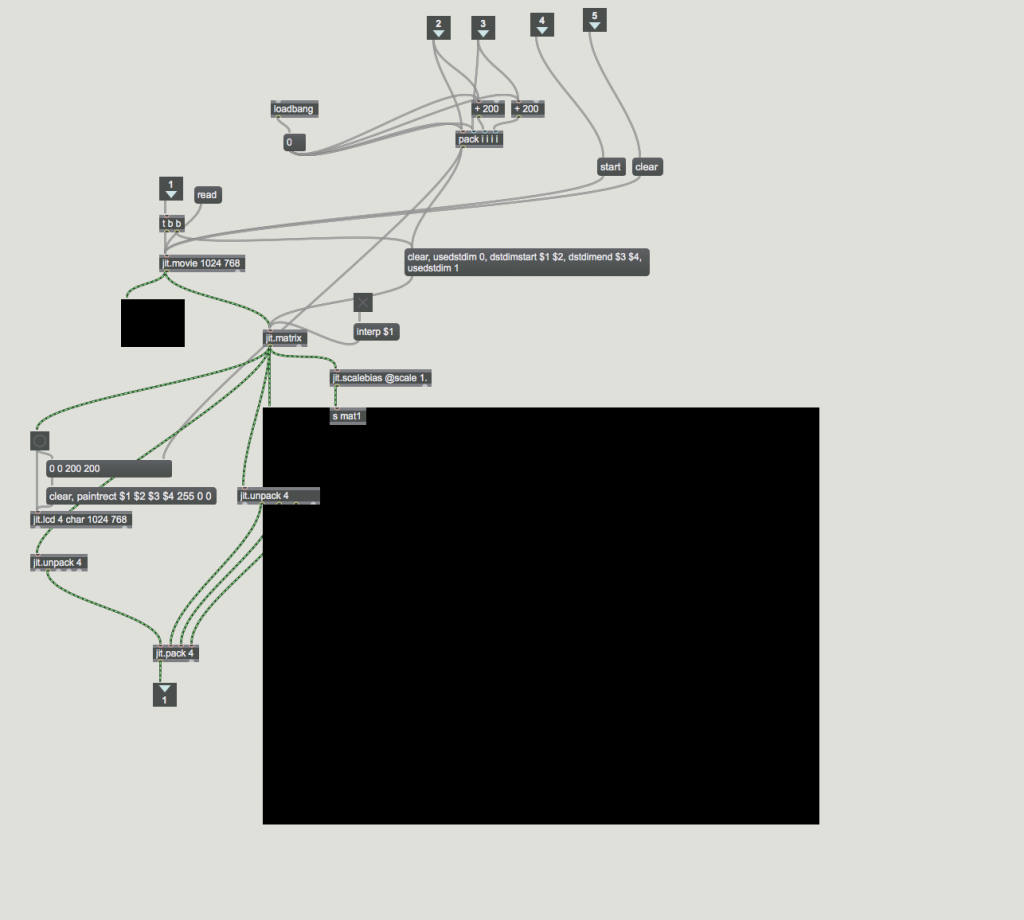 In our previous post we mention that we are using Max MSP along with reactivision in order to link to the webcam and sense the coordinates of the fiducial markers. Although in the previous post we had already managed to get the code to “work”, when we started to come up with our own video content we noted there were a few problems. Main issue is the video must have transparent background as there is a possibility that audience members might place 2 markers very close to each other resulting in overlapping animations.