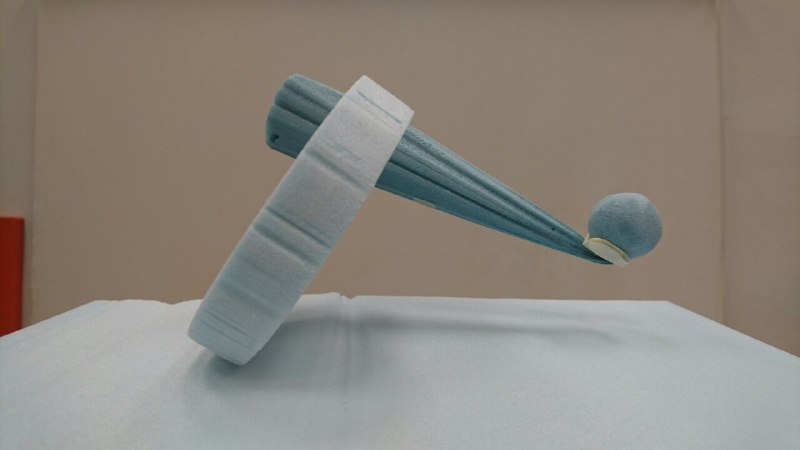 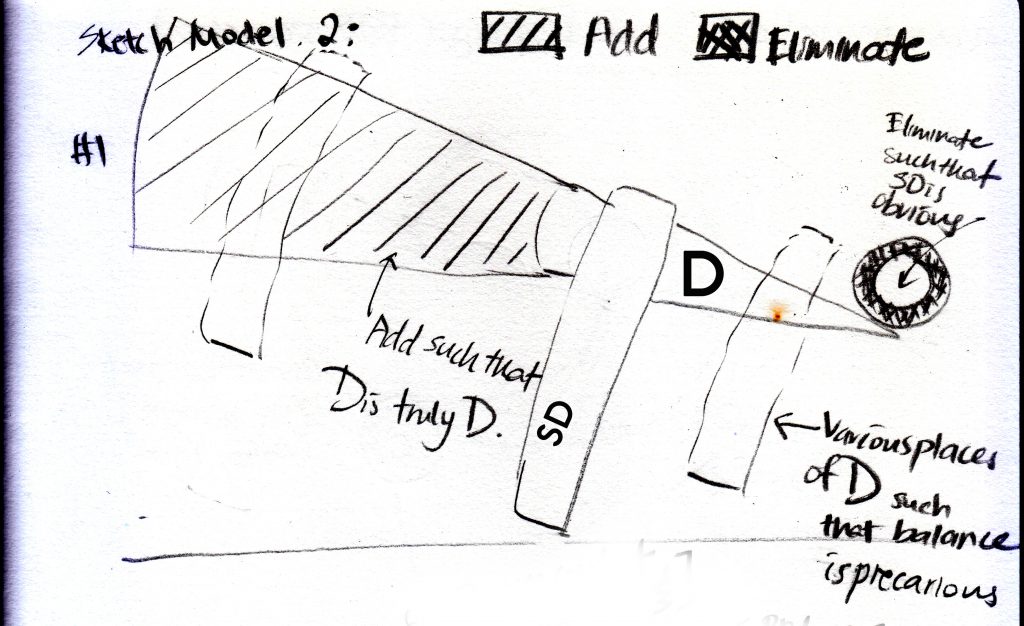 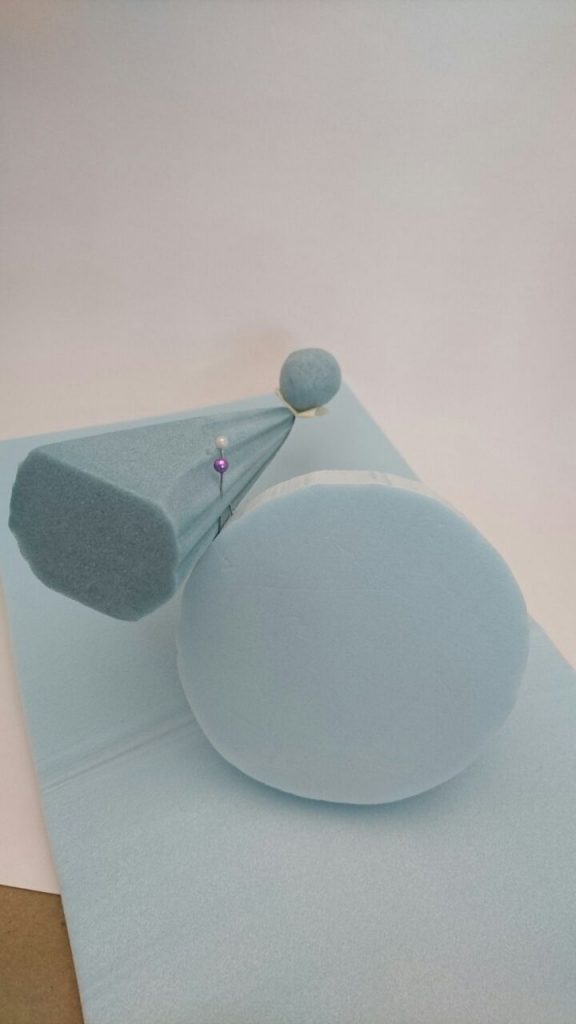 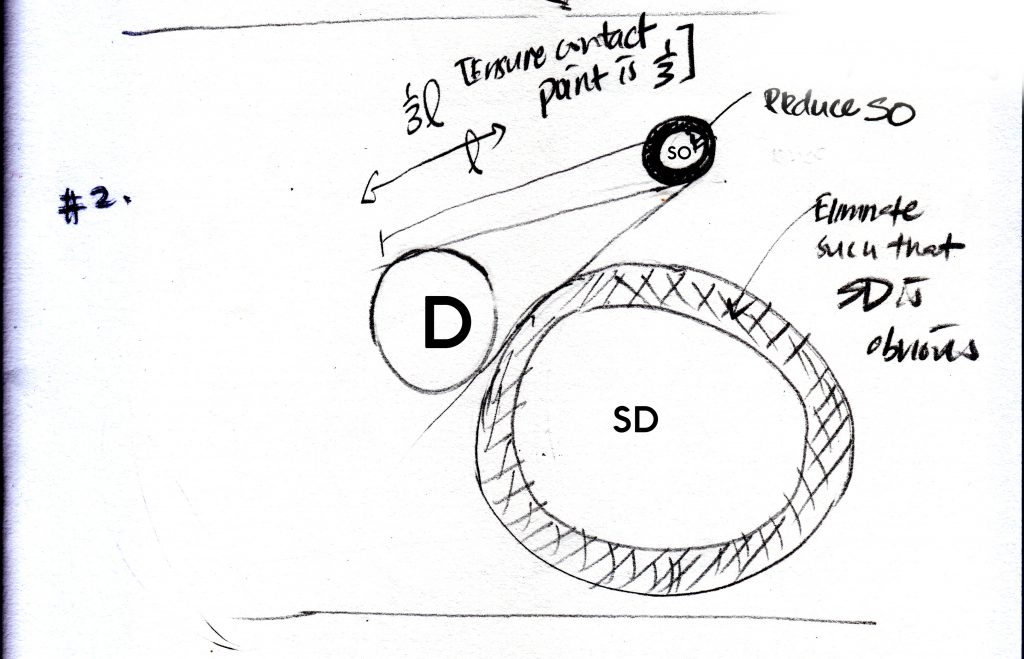 For this model,  i aimed for the Cone to be the Dominant hence, increasing the D to more than 2/3 times of the SD would be great. Otherwise, the SD can be reduced greatly too to place emphasis on the D as well.

#Sketch Model 2: Ready for take off 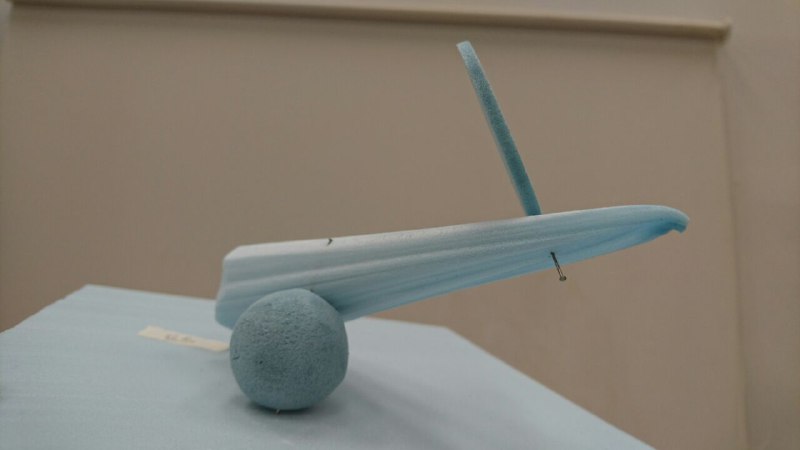 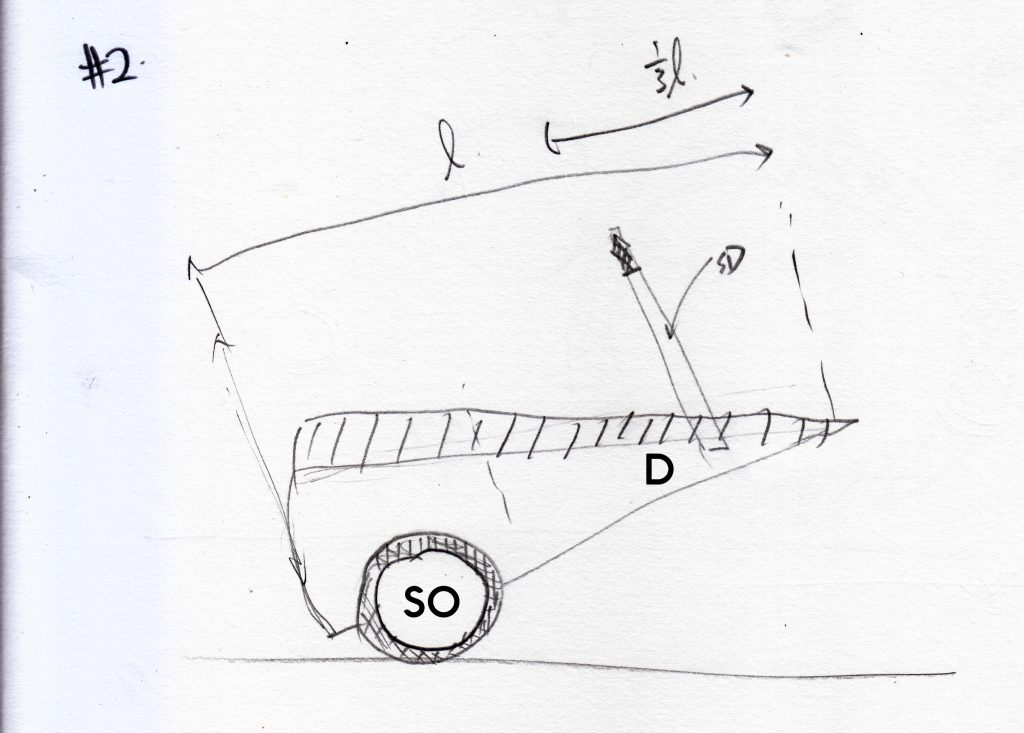 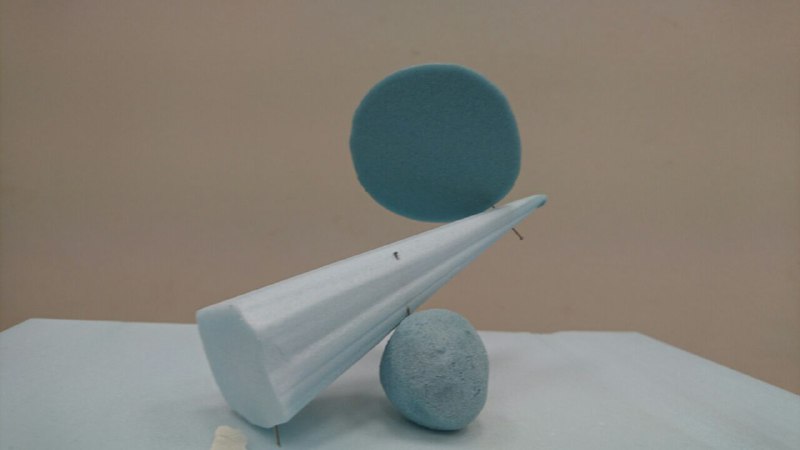 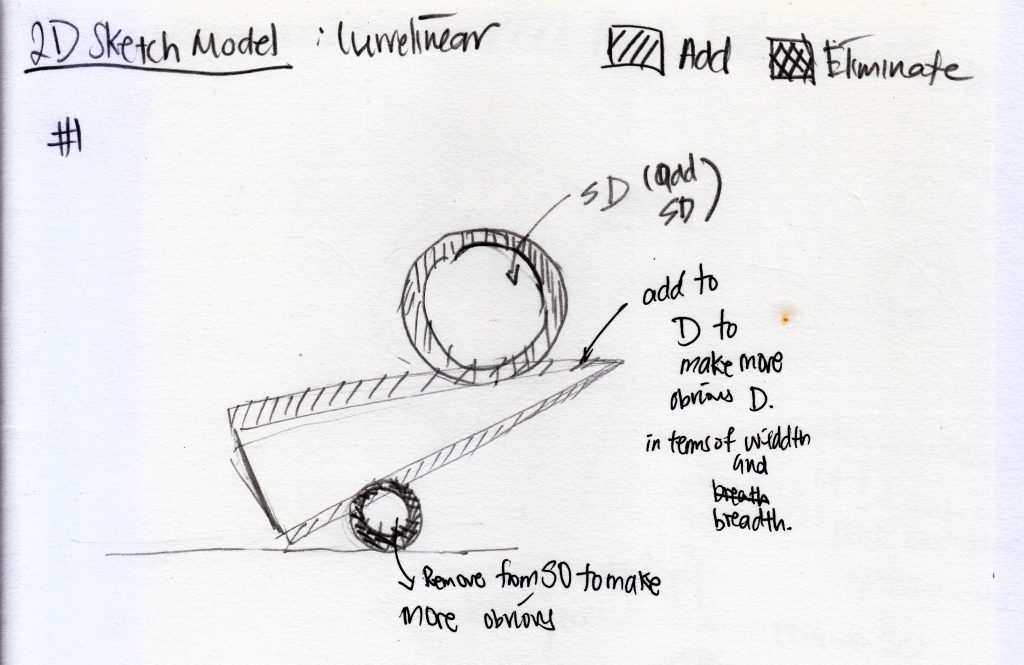 FOr this, the cone is meant to be the D while the disc like cylinder and small sphere do its best to compliment it as the SD and SO  respectively. The SO once again proved itself problematic when it was competing with the SO for the glory thus i had to size it down. The radius of the Cone also had to be adjusted to make it more attention seeking. hmm 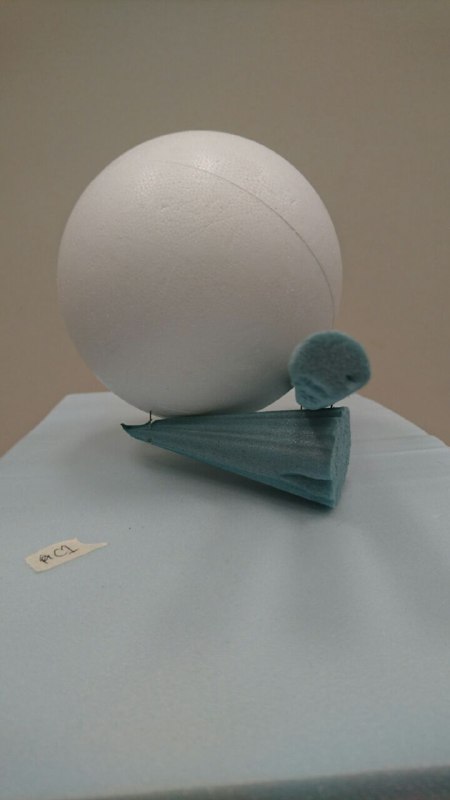 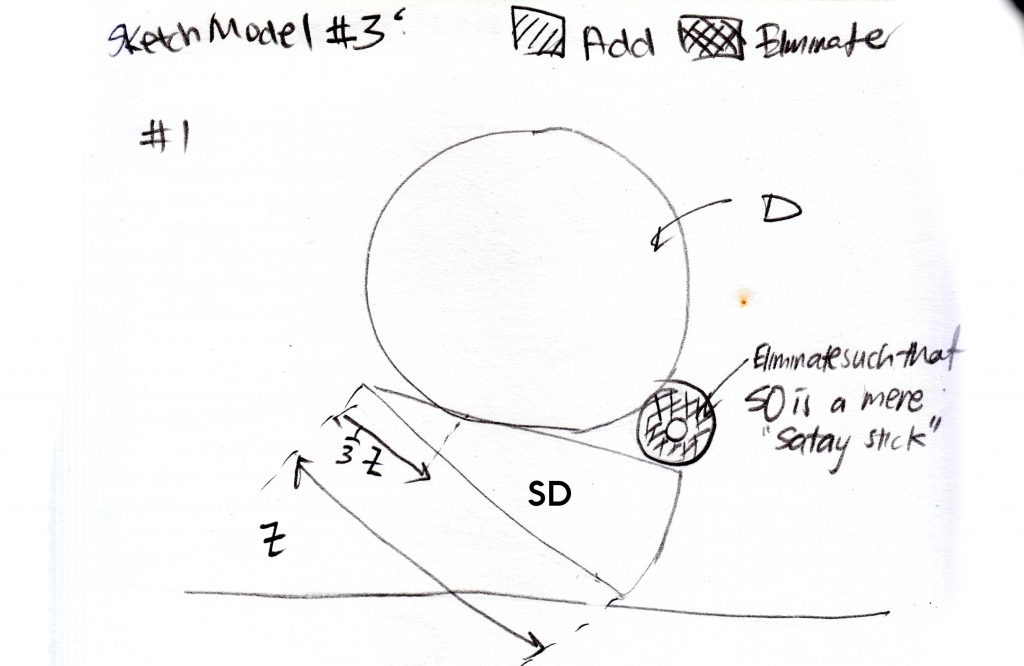 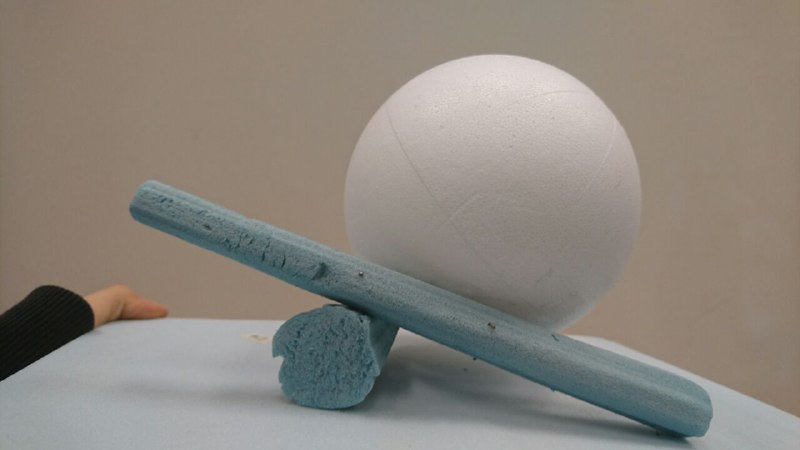 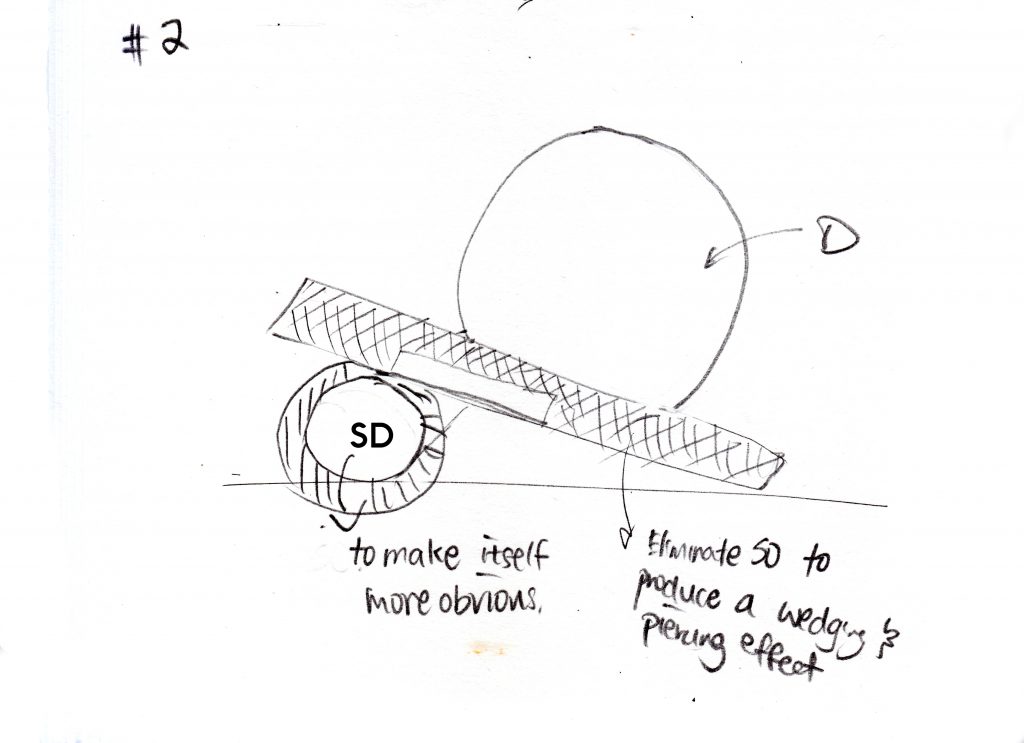 Thought this was pretty cool because the hugeeeeeee sphere would precariously balance between the small cylinder (soon-to-be) as  well as cone while the cone hangs above at a none- parallel angle!

The SO has to be cut down severally and ultimately only about 1/3 of the SD’s length to ensure it is an SO.

thus my fav is pretty much model 3! hopefully it will turn it better when i remake some of the parts! 🙂