‘Critical Making’ is a term coined a little over a decade ago in 2008, by Matt Ratto, an Associate Professor in the Faculty of Information at the University of Toronto. The term was subsequently disseminated through his first publication in 2009 [1].

In Critical Making, both cognitive and practical involvement come together in an inquiry into societal cultures and the human condition through tactile technological mediums. The marriage of conceptual, critical thinking and literal, material doing forms the essence of Critical Making [2]. The purpose of Critical Making is in the process of making, and much less on the actual final product which is regarded to only be the by-product of such an investigation [3].

Often in standard methods of technological design, the outcomes produced are generally cold and sterile.

Regardless of the execution through consumer culture or orthodox fields of science and engineering, the end-products that emerge usually carry a “lack of cultural richness, emotion, and human-oriented values” [4], as they are often built towards efficiency and productivity [5] optimization with little regard for the idiosyncrasies and nuances in humans, whom ironically, they have been designed for.

Standard methods of technological design have devised mechanisms and systems that mostly advanced profit and convenience-driven avenues. These designs have allowed us to live seamlessly and effortlessly if we can afford it, taking the burden of thinking and manual effort out of the equation as much as possible. In the same line of thought, these ultra-conveniences and mindless solutions have inculcated a consumer condition of becoming thoughtless, careless beings who blindly go through the motions designed for us.

This is the reason for Critical Making – to disrupt desensitizing habits by providing avenues to question and challenge the set norms and redefine the rules and actions taken; to be more introspective and critical about the way the world works for, with and around us.

For designers, the function of Critical Making advocates the challenge to explore, question and reinvent. It opens up avenues to take what they already know and are proficient at, combining it with other fields to produce outcomes and test scenarios that champion “why’s” into “why not’s”. This facilitates bettering their own fields and industries of work. 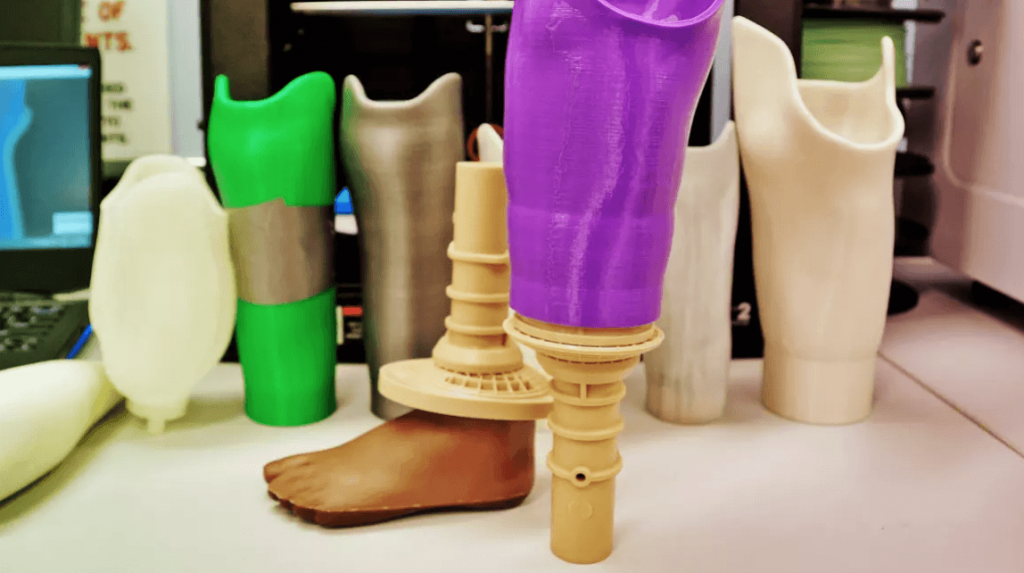 For example, using 3D-printing technology, low-cost prosthetic limbs were created for Ugandan amputees who are financially incapable to address their needs through traditional methods [6]. The act of helping another human being live better seems so innate and extremely possible in this medically-advanced world, yet this project still exists, clearly addressing the white elephant in the room of human ethics versus power and profit.

For the public, they would often be on the receiving end of the Critical Making movement. These practices and projects offer a deeper, more meaningful insight into previously mundane objects or formally inaccessible materials. It turns blind receiving and acceptance into investigative thought and self-reflection. 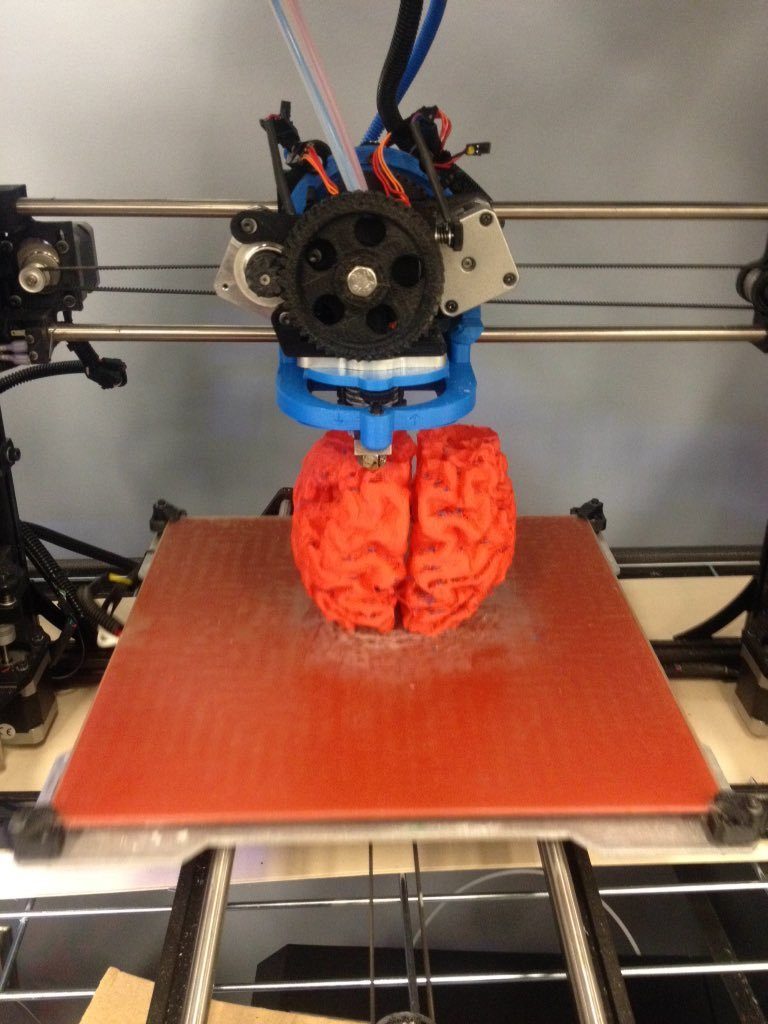 In another example using the same 3D-printing technology alongside some gelatine and solvent, accurate models of the human brain are reproduced [7]. Instantly, there are so many various avenues for this to be applicable for; in medicine, law, science, forensics, the list goes on, providing opportunities unto various fields with one breakthrough and the bravery to ask why not.

Regardless of the size of the waves of change, through all these efforts, challenges to the status quo in consumer culture have been and will continue to be made, and Critical Making plays a major role in it.

Researcher of the Week Presentation Slides on The Knitted Radio 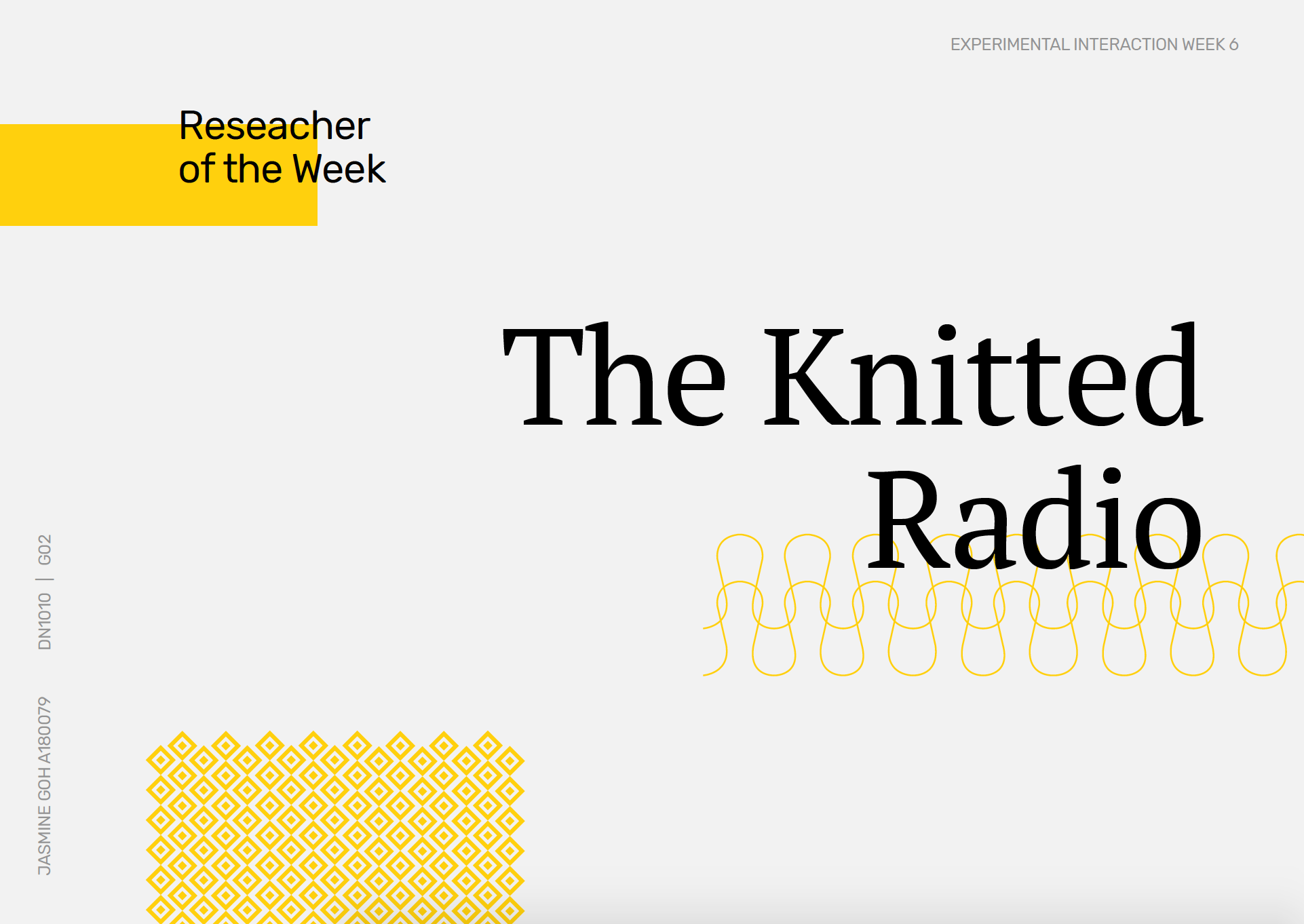