Personally, I find it hard to appreciate typography, because I’ve always just taken it for granted as it has always been a basic means of communication. Never had I ever thought of the difference between Sans Serif and Serif and the use of different font styles to carry different meanings before I came into ADM. I’m sure many of us face the same issue, that’s why I have decided to discuss something that is more pictorial and far away from us: Petroglyphs and Pictographs. 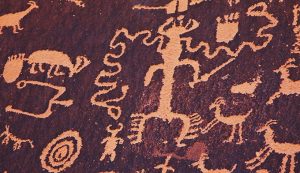 Unlike Petroglyphs, pictographs are pictures used as a symbol for an idea or word, painted on top of the rock and not carved into it. They are also typically found only in caves or other areas where they can be protected from the elements of sunshine, wind-blown sand, and precipitation. Pictographs show the start of humans being becoming more abstract and standardised in their way of communicating but both of these were certainly not considered alphabets yet. 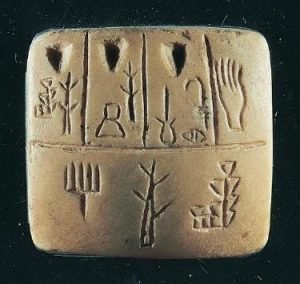 The Sumerian Civilisation (4500-1900 BC) was a civilisation comparable to that of Ancient Egypt with the invention of writing during the prehistoric times. I also found something interesting online which seems to link ancient Japanese petroglyphs to the Sumerian pictographs where it is mentioned that 30% of the Japanese petroglyphs could be deciphered with Proto-Sumerian and Sumerian cuneiforms. One speculation would be that Sumerian seafaring tribes threatened by Akkadians invasions fled to the seas. Some tribes could have reached prehistoric Japan, thus spreading their culture and concepts.

I personally support this reason as I believed that Sumerians even though small in number would have definitely baffled the prehistoric Japanese with their advanced technology and ideas which could have been common knowledge for them, but advanced tech for the Japanese. Therefore the adaptation and use of Sumerian pictographs in their petroglyphs would have been inevitable. 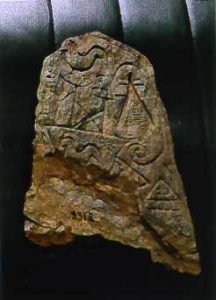 Do Japanese Petroglyphs reveal prehistoric connections with the ancient Sumerian-Akkadian-Elamite or Phoenician civilizations?