Treasures of Belitung: The Testament to Gongxian Potters’ Ingenuity

The Belitung shipwreck is a recent discovery that reveals a piece of the grand history of Chinese ceramics during the Tang Dynasty (618–907). The Arabic dhow headed for the Abbasid Empire was carrying not only spices but a great number of ceramics hailing from different kilns. There is the Yue ware from Yuezhou (越州) with its beautiful green-tinted glaze, believed to be the inspiration for the Song celadon wares, and the numerous utilitarian Changsha bowls of Chang’an (長安) and Luoyang (洛阳). However, the most interesting discovery is the range of ceramics from the Gongxian kilns. It varies from a simple white dish with a Middle Eastern influence (see fig.1) to a complicated green cup with an appliquéd straw (see fig. 2). This essay will discuss how the competition between the kilns to appeal to the foreign market prompted the Gongxian potters to produce innovative designs. They achieved this by experimenting with decoration, form, and glaze.

Despite the two ceramics being both from Gongxian and were made for basic utilitarian purpose, their uses were different. The stem cup was used for drinking wine. During the Tang dynasty, drinking warm wine was common. Surprisingly, alcohol was ubiquitous in the Abbasid Empire too. This increased the demand for bowls and cups as drinking vessels. The dish, on the other hand, was probably used to serve food.

In terms of decoration, the pieces also differ. With the dish, made around 830 C.E., the main focus is the beauty of the blue flowers and lozenge (fig.1). The blue is attained by applying imported cobalt to a white tin-glazed ceramic. Cobalt blue was most commonly used by potters of the Abbasid Caliphate (750–1258). Hence, this can be seen as Chinese potters using foreign inspiration to create new ceramics that would appeal to the Middle Eastern market. The cobalt blue painting and the distinctive Arab lozenge might have been a marketing strategy but it is the aesthetic centre of the ceramic. In addition, it is important to note that according to Krahl, “The blue-and-white stonewares from Gongxian have been hailed as the earliest representatives of China’s blue-and-white porcelain tradition.”

On the other hand, the green stem cup is a different story (fig. 2). Instead of using painting like the previous piece, it uses sculpture as an aesthetic enhancement. At the bottom of the cup, there sits a tiny duck. One can imagine the amusing experience of finishing a beverage and finding a surprise at the end of their drink. Beside this purpose, the placement of the sculpture is unclear. Curators believe that it might be there to keep out wine dregs. There are other similar pieces from the shipwreck with different animals inside the stem cups such as turtles and fishes (see fig.3). The diversity in the choice of animals, similar to the Abbasid-inspired cobalt blue painting, may have been another approach of attracting a wider clientele. 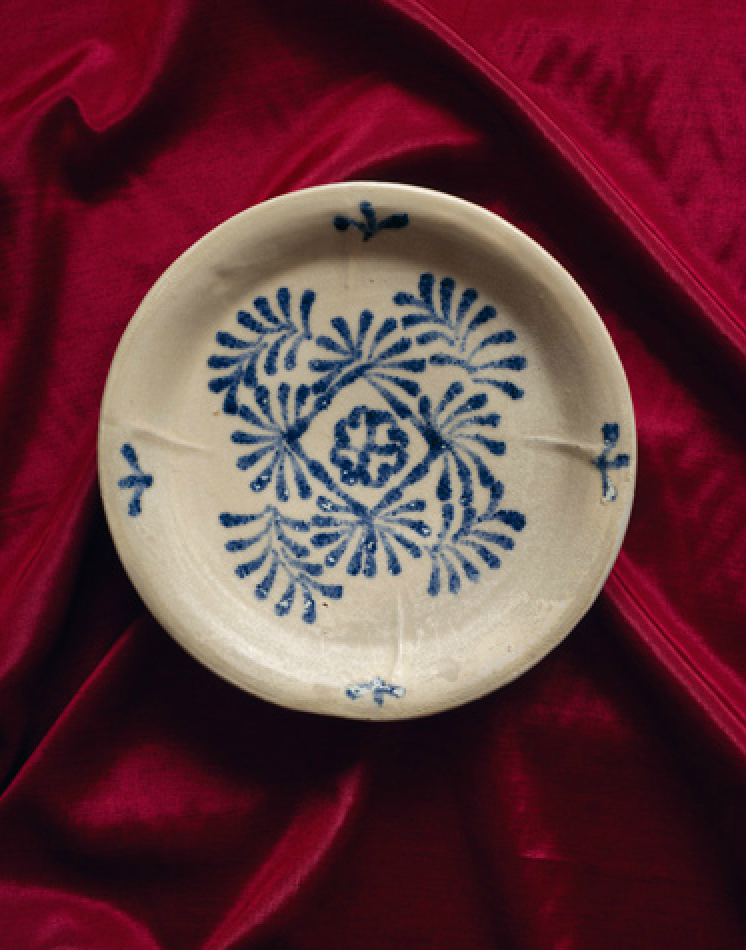 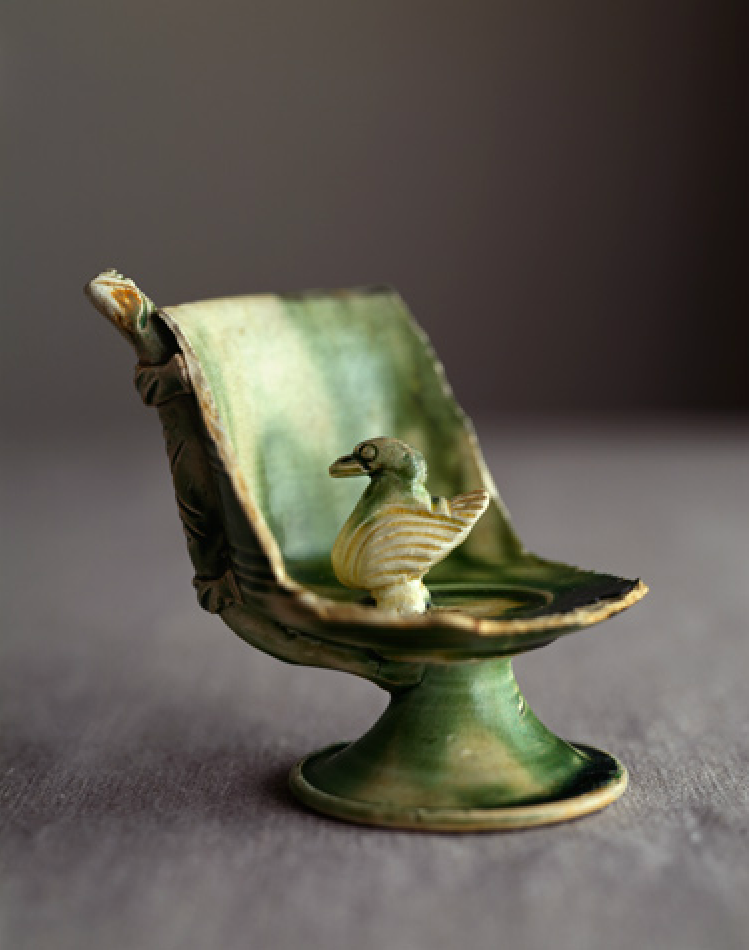 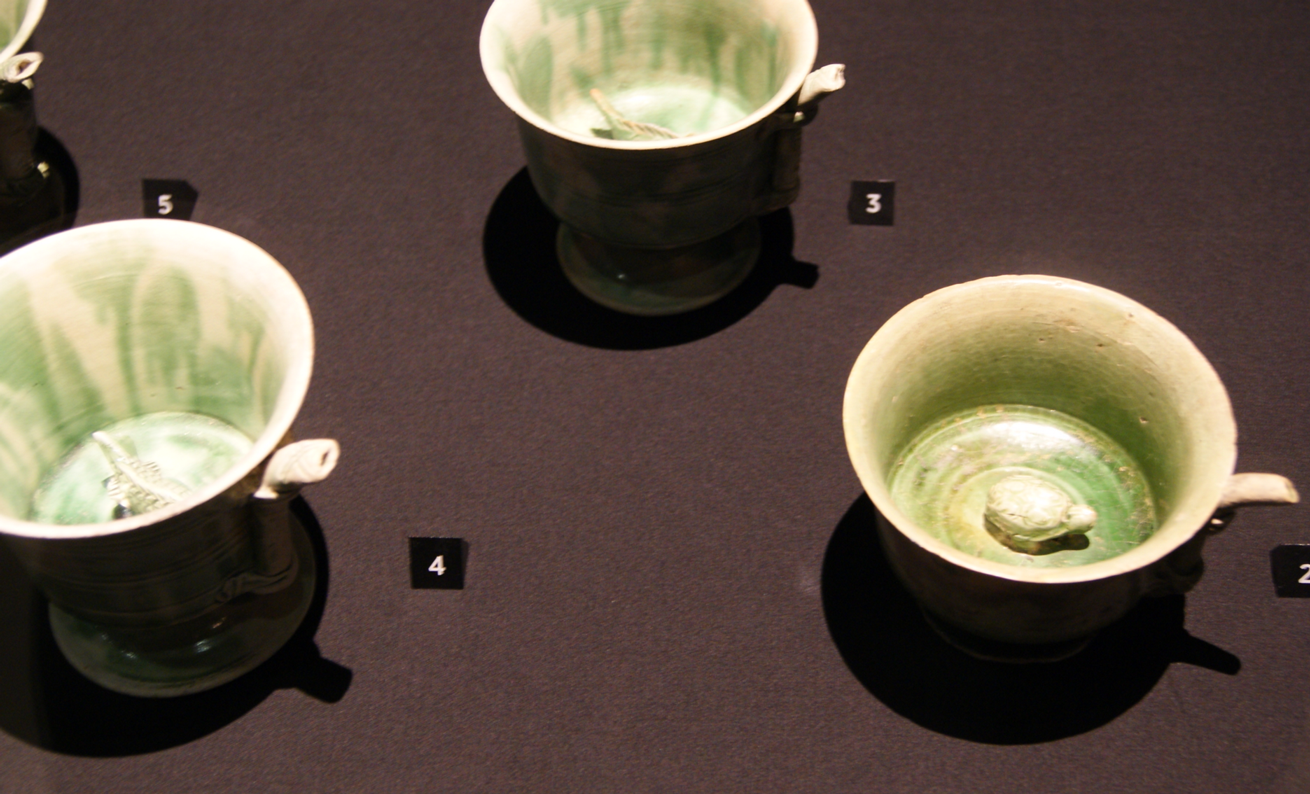 One thought on “Revised Research Paper”