For my individual project, I would create a visual novel. It will have multiple endings, a true ending and is choice-based.

Premise: 18 year old Aki lives in an unnamed modern city, where there is a huge shopping mall with a world-famous sky garden known for its camellias. But this sky garden has been closed for the last decade after a series of horrifying incidents. One day, it’s suddenly re-opened to the public, and Aki realizes she has been to this flower paradise before…

The VN’s mood and feel will be semi-realistic and done mostly in monochrome with limited tones, to reflect the themes of waiting, memory and death. 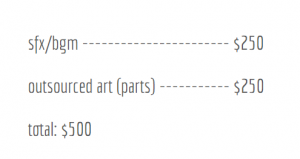 For my group project, I will work with Peng Cheng and Faye to create a 3D hack-and-slash game.

Premise: you are a child being bullied in school. One day you decide enough is enough when the bullies steal your belongings and hide them around the school – it’s time to get back at them.

One thought on “Assignment 3: Two Ideas.”