After all those research, I came up with my initial compositions. I admit that they are pretty direct since I initially didn’t really take satire illustrations as a consideration. I was more into the style and story-telling, which did not represent the irony. 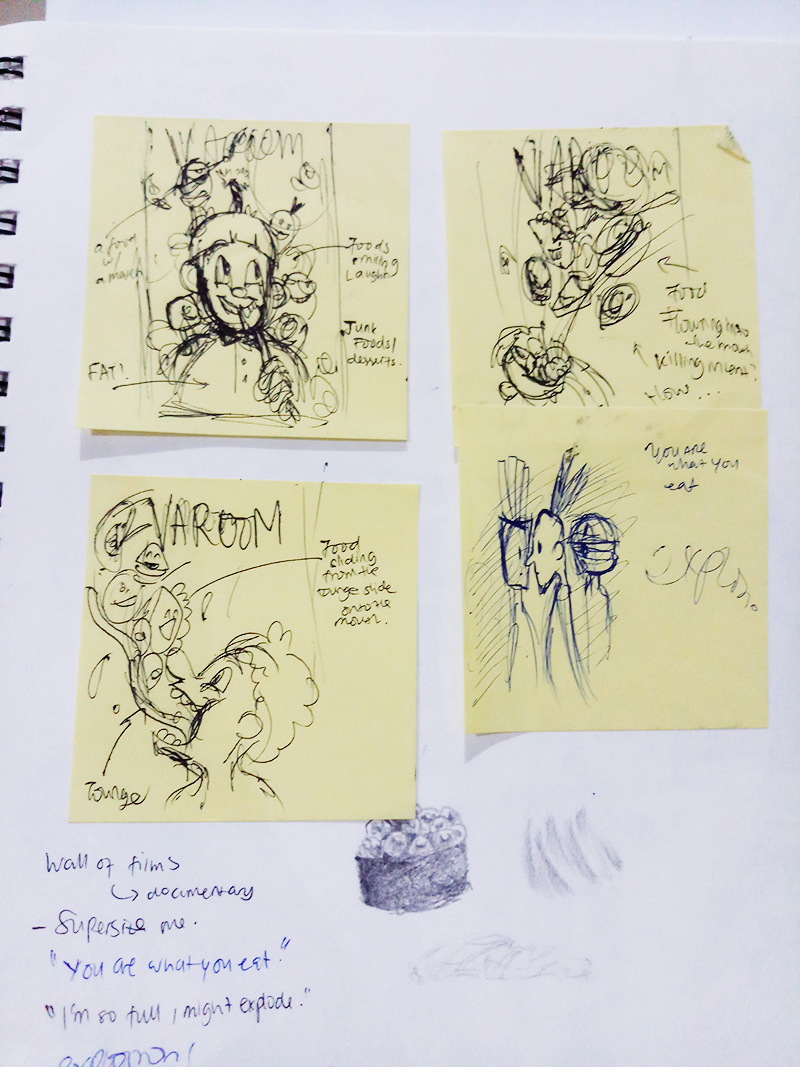 So after some class sessions, I found an idea. That is to portray a quote into the illustration itself. And the quote I chose is “I’m so full that I’m about to explode.” For me, this quote represents obesity and illustrates it in a hyperbole manner. I’ve decided to use the idea of using oversized human that’s about to explode because of food. So, here’s my compositions. 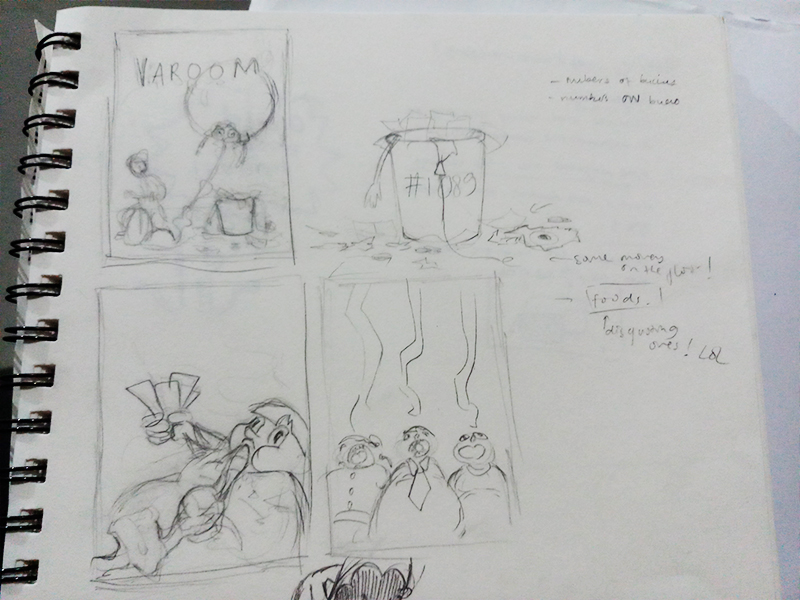 Then I decided to use the first one since it’s the most indirect and somewhat creepy and cartoony at the same time. Featureing two characters, a fast-food employee and, an obesity kid. The employee pumps something with an air pump into the kid’s mouth. The kid, however, is represented as a kid shaped balloon. I don’t want it to be too direct. So here’s the design of the two characters. Then, after some more feedbacks, the teacher gave me an idea to make chewed food leaking from the balloon, to show that it is food (junk foods) that is pumped inside the ‘balloon’. And also the idea to slightly feature a ‘certain’ junk food restaurant to make a more relatable illustration. 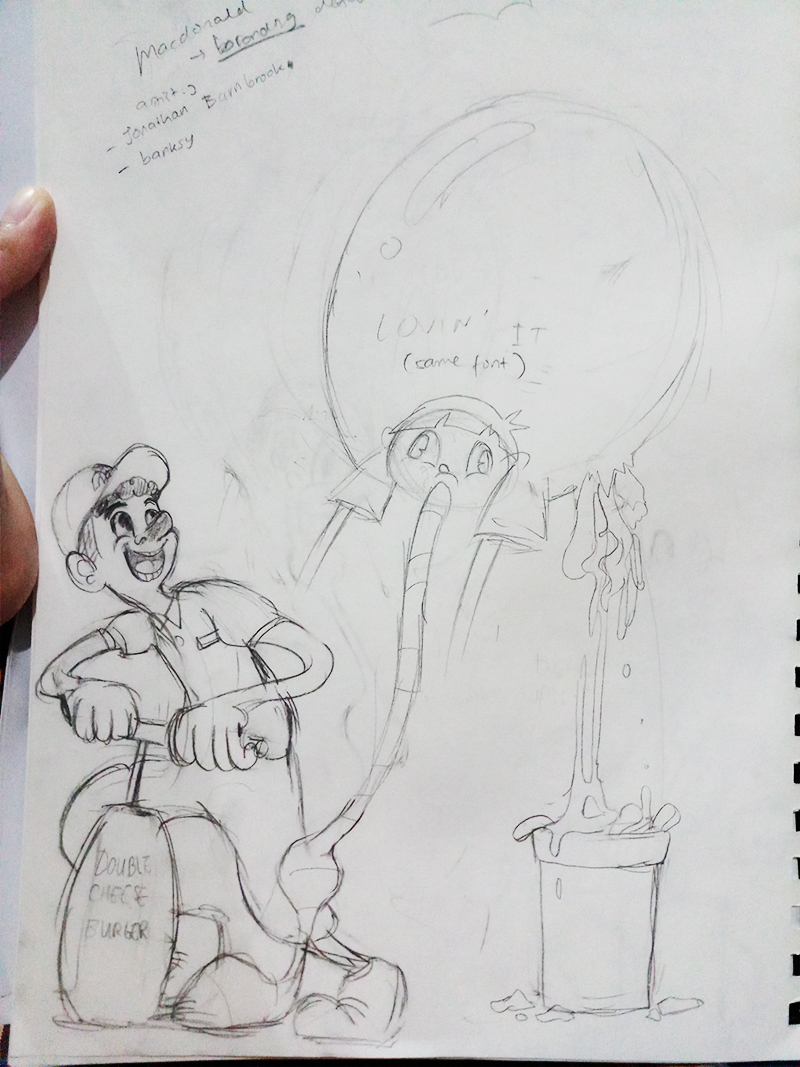