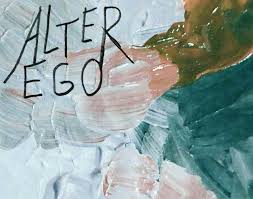 Truthfully, i’m excited to be doing alter ego. I have known myself since young that I have many many alternative personalities of me in my head that I think about and feel about. But moral education and my own set principles lead myself to who I am today.

This project would kinda be stripping a part of my inner a little and I’m just excited to do that.
Haha oh, you don’t know me man.

Harley Quinn
she reflects our own dark desires, our own animalist nature that most of us suppress with religion, cultural values
voluntarily dives into the acid to prove her love
walks the fine line between dependent and independent
crazy and lovable to slut and bimbo
constantly seeking a sense of identity but doesn’t know how
a character full of conflicting personas
and another one of her personas is her rational, Harleen Quinzel side
ultimately, Harley is a character of passion
instead of allowing societal constraints and accepted norms dictate her action, she feels she is only free when she is allowed to do absolutely anything she wants
and she doesn’t hate people like the Joker, she loves people
Harley has a strong sense of compassion and loyalty towards the people in her life

The Psychology of Harley Quinn: A character analysis

I feel I have conflicting personas similar to her.

She does shows our dark desires, one of them 敢爱敢恨 (dares to love and dares to hate). Her love for Joker so strong to willingly do almost anything for him, and sticking by him no matter what.

People may say she’s dumb to be his puppet when he doesn’t reciprocate her love. But she’s brave.

Most of us today have reservations about showing our vulnerability and about being dependent and clinging onto what we love and what we want. Sometimes, we let go.

Yet understandably, we suppress our dark side with morals and values we think are more important in the society. That is the rational, Harleen Quinzel.

Wanting to break free from societal norms and constraints to do anything she absolutely wants, that is Harley Quinn.

And that is me too.

Squidward
ill-tempered, pretentious, and cynical who strongly despises his neighbors for their constant boisterous, noisy behaviour
also has a passion and interest in reading, arts and music
a darker side of his personality where he sometimes became wrathful, indifferent, and sadistic
however, Squidward is not a heartless character as he had softer side
to some degree, he actually friends with SpongeBob and Patrick but incapable to see the positive side of their childish antics, reason why he tend to loathe them more than truly love them
deep down, squidward wants to integrate himself into the world of zaniness his bikini bottom, but his intelligence and inability to ‘turn off his brain’ means he will always have high expectations that the thrills of bikini bottom can never meet, meaning his only hope is to save up and move somewhere that he prefers.

Perhaps the personality of Squidward could be relatable to most of us Generation Z teens.

Grumpy 24/7, ill-tempered, indifferent and a little unconcerned about life.

I feel like that most of the time though deep down, I really wish to integrate myself into this world and socialise with everyone else.

But I also feel that I’m too old and grumpy for all these, and reality just falls below expectations all the time.

Despite how we really feel like squidward, we hide this self just to integrate into society, to make friends so we don’t really end up a sore and lonely squidward.

I was drawn to the personality of Bruce Banner and his alter ego, the incredible hulk.

I have been known to my family and friends as an easily hot-tempered person, but most of the time socially awkward and reserved about expressing my feelings and emotions. I agree I get mad easily and I didn’t manage my anger issues well enough in the past. I regret that I used to let them out on my closest kins, having hurt them physically and emotionally. ):

After regaining my rational sense, I was deeply upset by myself, seeing the disappointed and saddened faces of my family. I promised to learn to control my emotion with better ability, learning to change ‘hot anger’ into ‘cold anger’ at times, and even to not be as easily angered.

Under high emotional stress and anxiety, for example academic pressure, I am vulnerable to being annoyed and getting mad.

This has happened just not too long ago when I was extremely stressed about taking my ‘A’ Levels but my family wasn’t helping me at all in doing so. I had to take up much of the responsibility in taking care of my grandmother and my parents, while managing with the heavy academic workload. The home environment was especially disruptive, not allowing me to rest well nor being able to revise my work when I get home. I forced myself to cope with all the commitment but eventually, I couldn’t hold it in and things happened… pretty badly.

The more I hold my emotions in, the greater the anger reflected in my actions.

I finally decided to do it based on Hulk, as it relates to my life more.

Candy is an emotionally reserved and shy student. She tries to mingle around but is socially awkward.

Under high emotional stress and anxiety, such as academic pressure and social expectations, she becomes vulnerable to being annoyed and getting mad.

The more she hold my emotions in, the greater the anger reflected in her actions.

Dialogue/monologue/narration is especially important in this assignment. Therefore, to construct a scene and script, it is imperative to first know the way Hulk speaks.

From watching movies and from comics, I found out that Hulk speaks in third person. It is the most crucial find, with others including the fact that he is stuck with very little vocabulary and very little speech as well.

I wanted to it to be a close reflection of my life, that it has happened similarly to me before with the characteristics and traits of the person whom I decided to work based on. From Hulk, I found relativity in his simple mindedness and easiness to anger. I follow a close personality of a usually shy and reserved person, but is able to ‘explode’ and change into a different person when triggered.

Paying close attention to how little Hulk speaks, when does he speaks, and how he speaks in third person with simple language.

The greatest challenge is to portray the similarity in characteristics and behaviour, without outrightly displaying or changing the outside appearance. Meaning, I have to show distinctly who was my inspiration for this video, without giving obvious physical hints. This has to be done with sufficient character research.