At this stage, I aim to complete 99% of the final project outcome. The remaining 1% relates to minor aesthetic additions such as interaction guides (ie “press here”, “choose a mood”, etc) for End of Semester showcase.

The following is a documentation of how I got to this stage above.

Since my last work-in-progress update on Week 12, I have revised the push buttons used. This is to better accommodate users’ interaction, as the buttons are bigger and not super tiny/inaccessible and hidden amongst the circuit and wires. I have also revised the circuit arrangement to better house and increase ease of accessibility to my project’s internal components.

Here are the new buttons used: Here’s a comparison of the new push button (left) vs the original one I used (right): 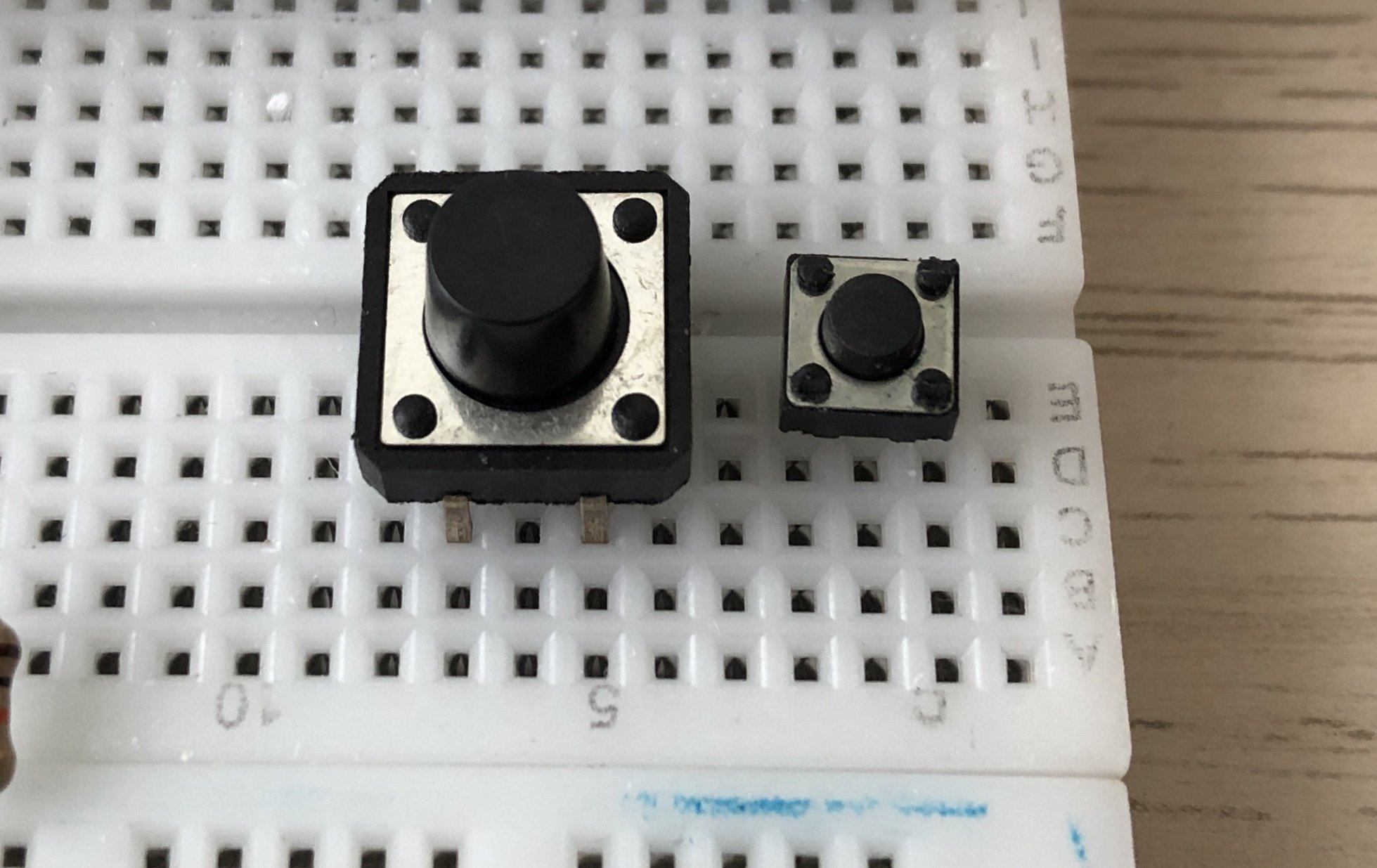 Also as mentioned above, I have revised the wiring of my circuit. I opted to use shorter connecting wires instead of having the jumper wires stretch across the whole breadboard and hindering the structure/shape of my container (which will be shown below in this documentation): 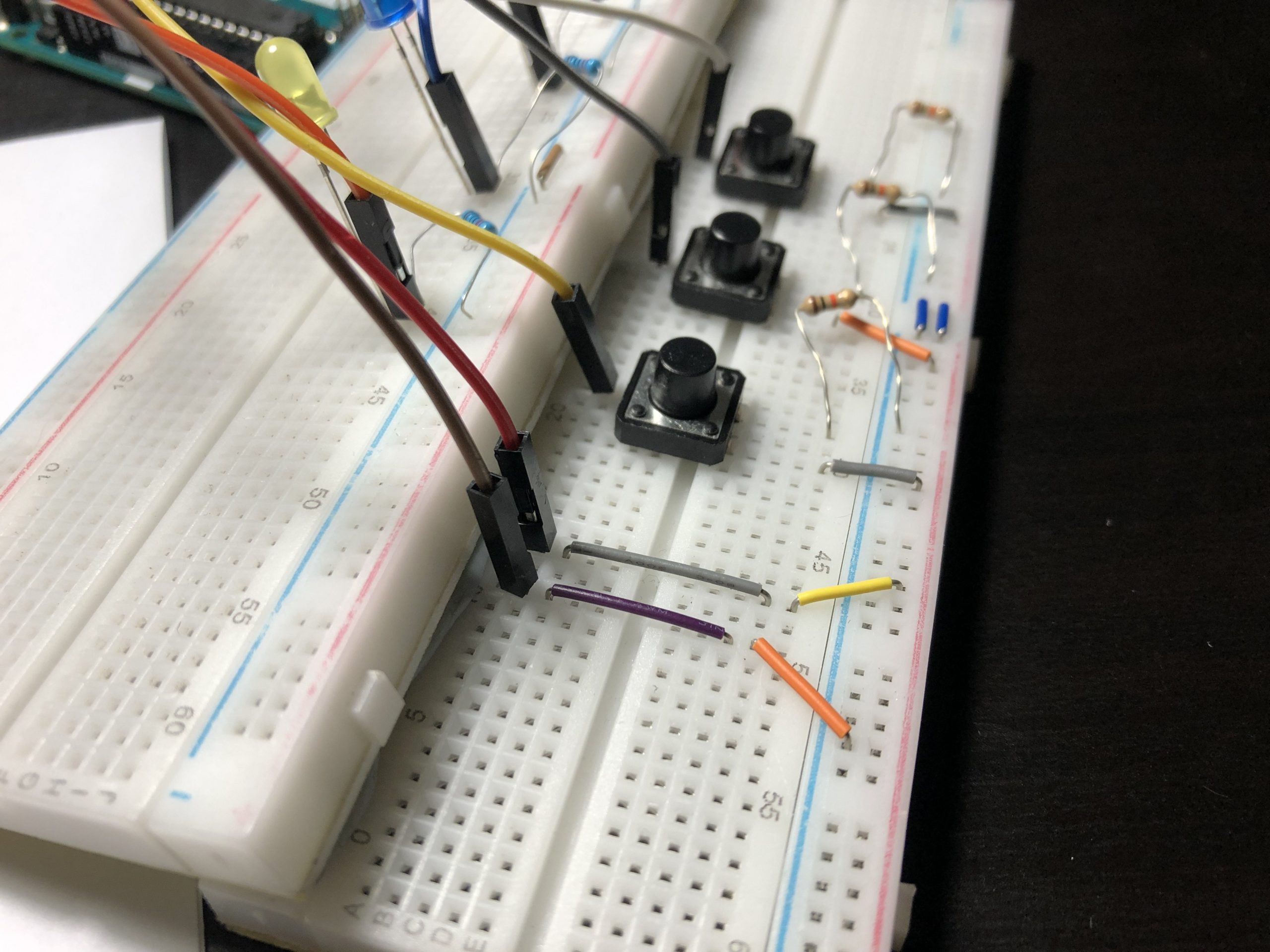 As I was making my connections and measurements, I realised I needed to accommodate for even more connections for GND and 5V as there were alot of wirings I haven’t attached yet. 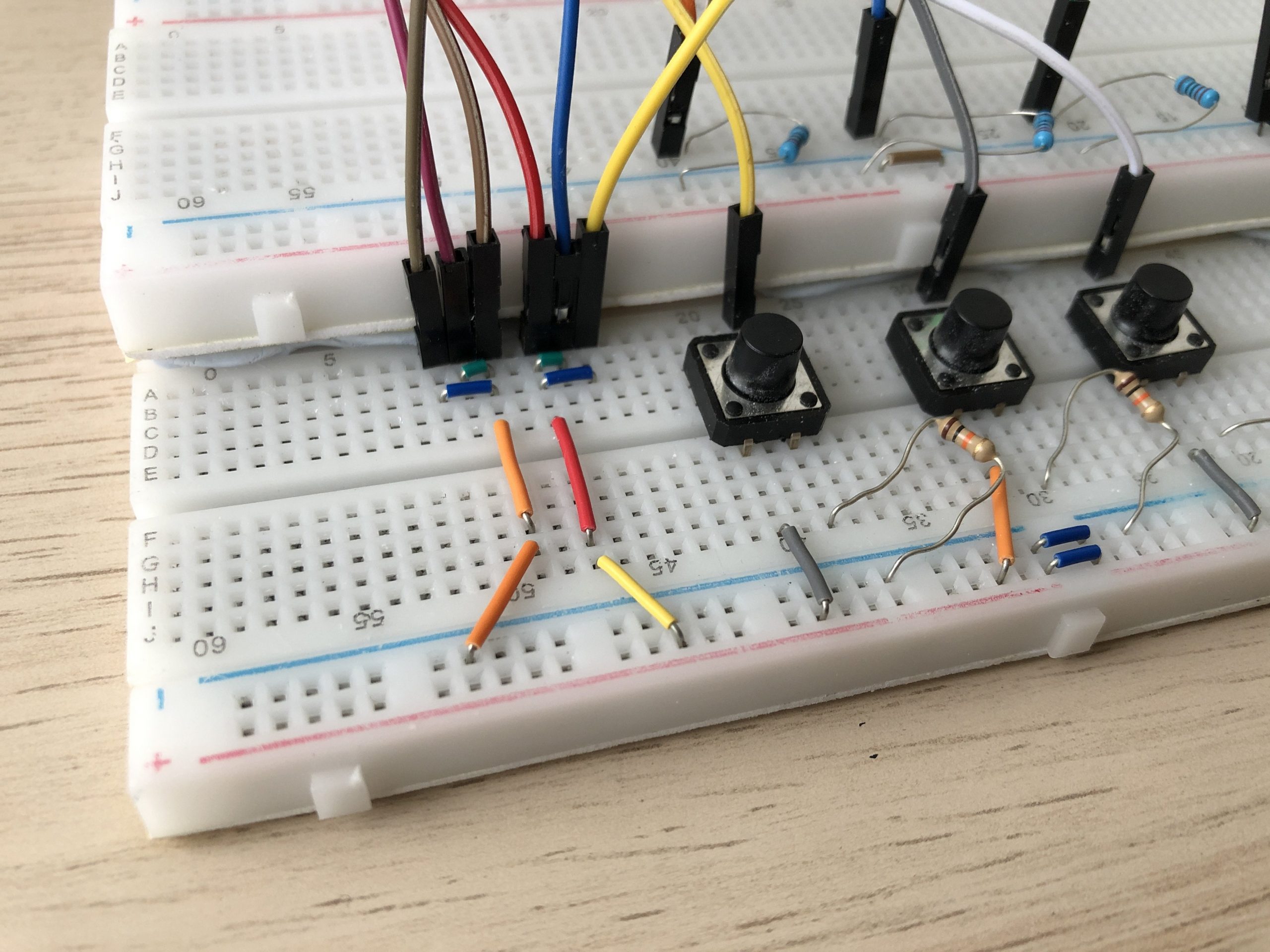 **Ideally, without hardware, budget, software, time constraints, the doll device + buttons box would be built into 1 interactive interface device. This device is meant to be small and portable enough for desktop placement.**

However, due to the nature of the project, I had to make do with what resources were available to the best of my abilities, and sell this as a proof of concept for my project idea. Thus, this prototype has 2 parts as explained below.

After finalising my circuit layout and components used, I can finally begin to create the housing container to present my project with. There are 2 parts of the user interface to build in my project:

Due to hardware constraints, I had to use and stack 2 breadboards on top of each other to best present the Button-LED interactivity. Here, I added extra foam board supports at the base to make sure the structure does not topple when unattended and handled. 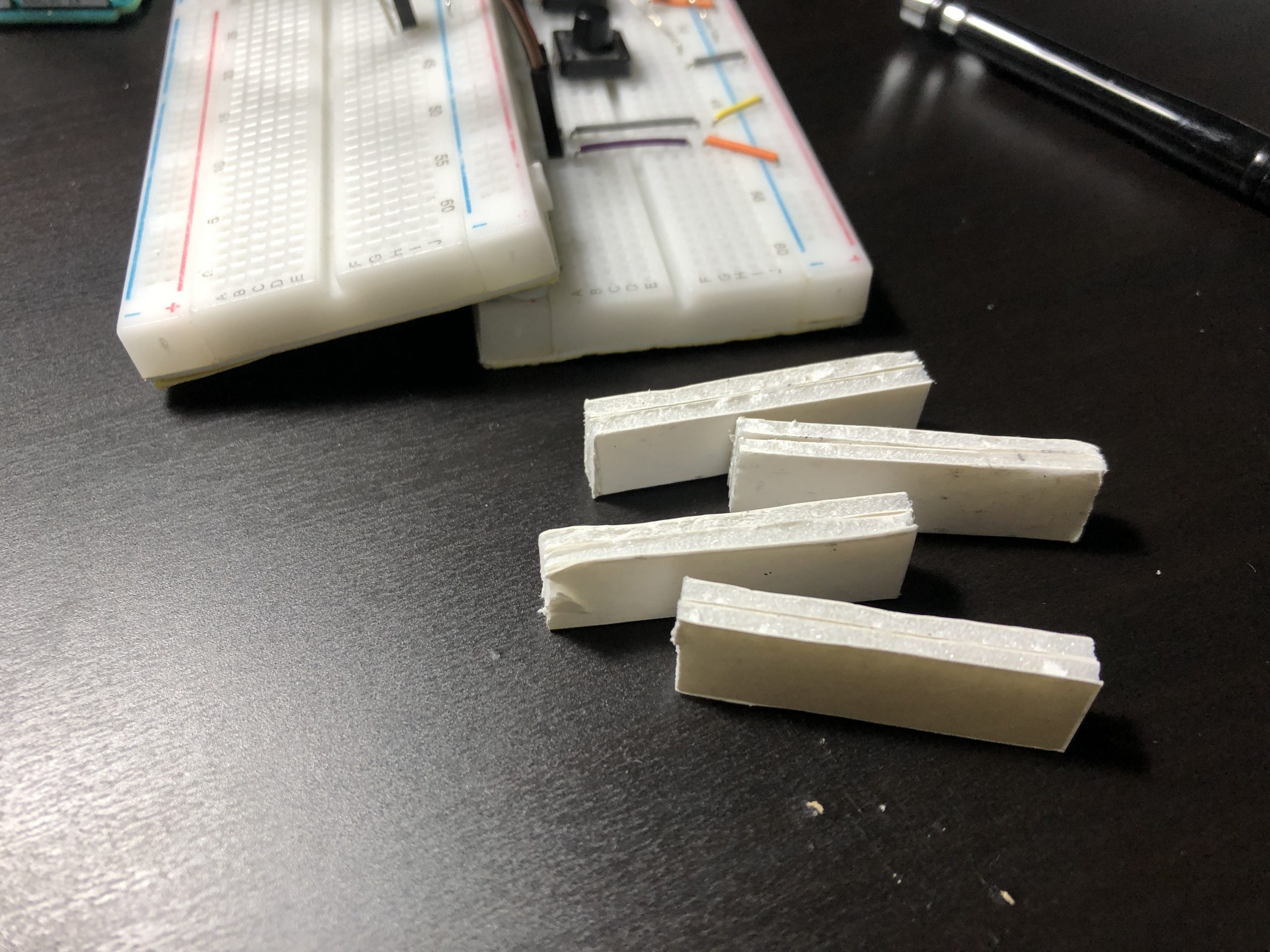 Then, the rest of the container was built to house buttons and LED lights: 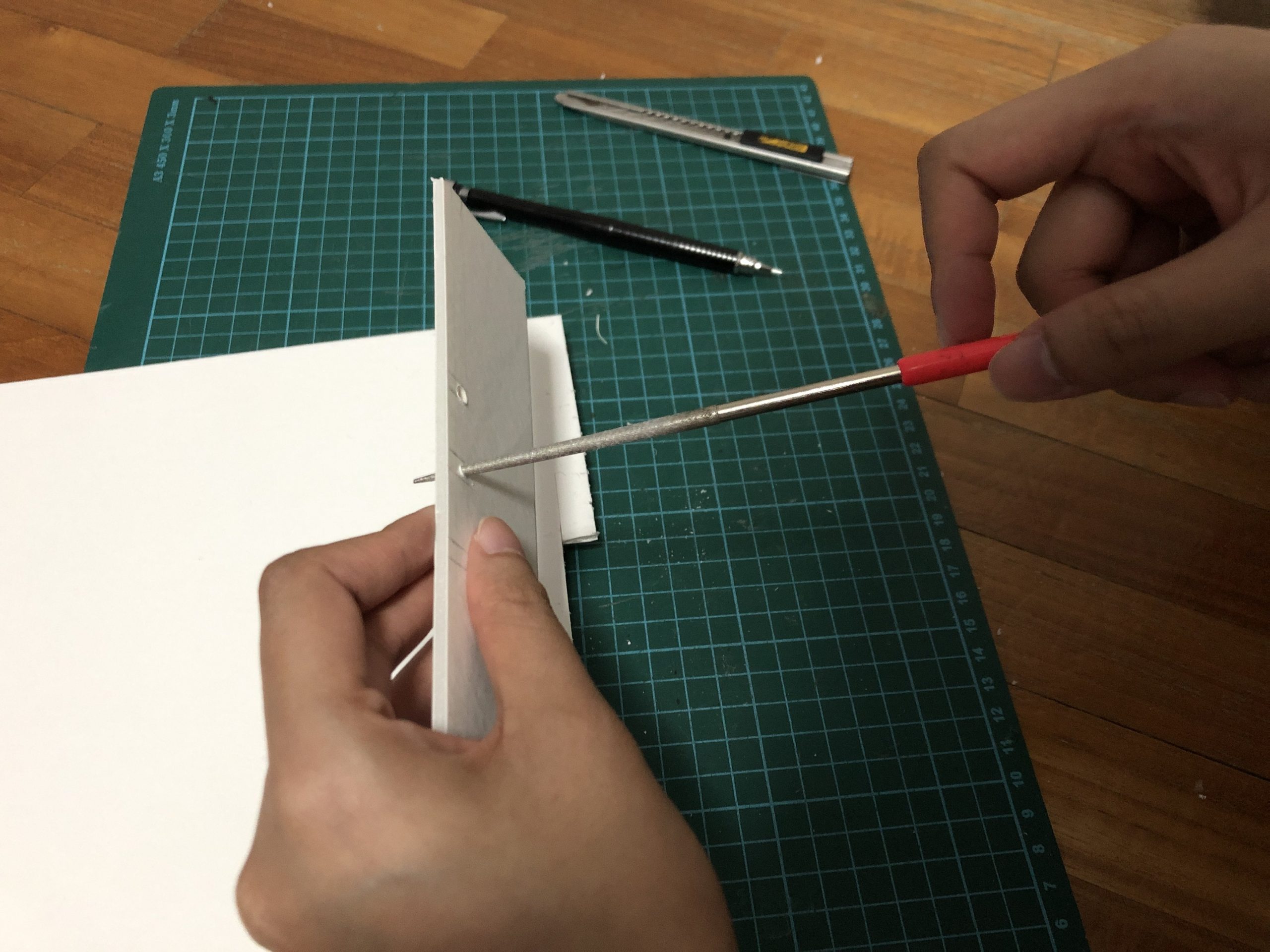 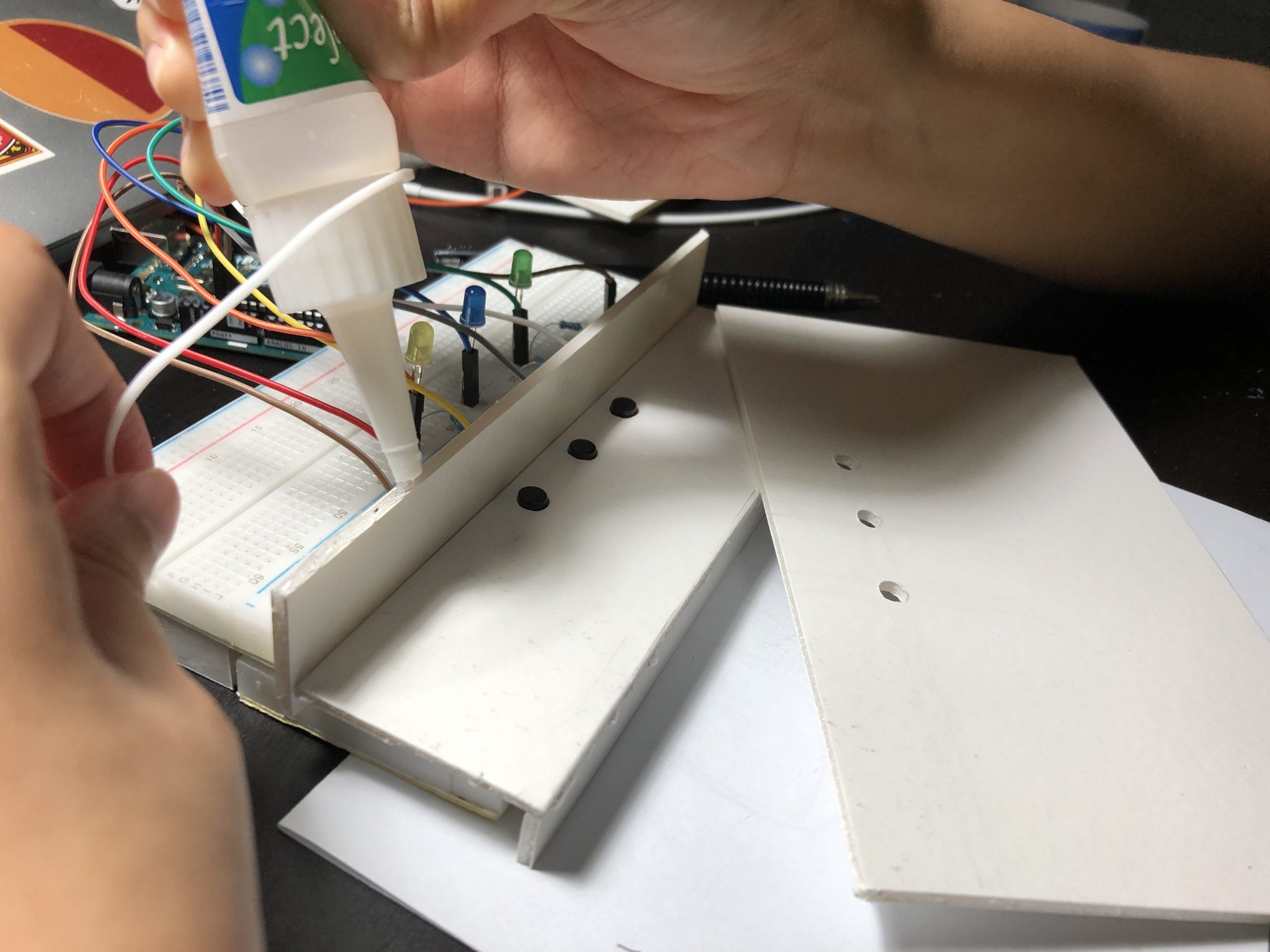 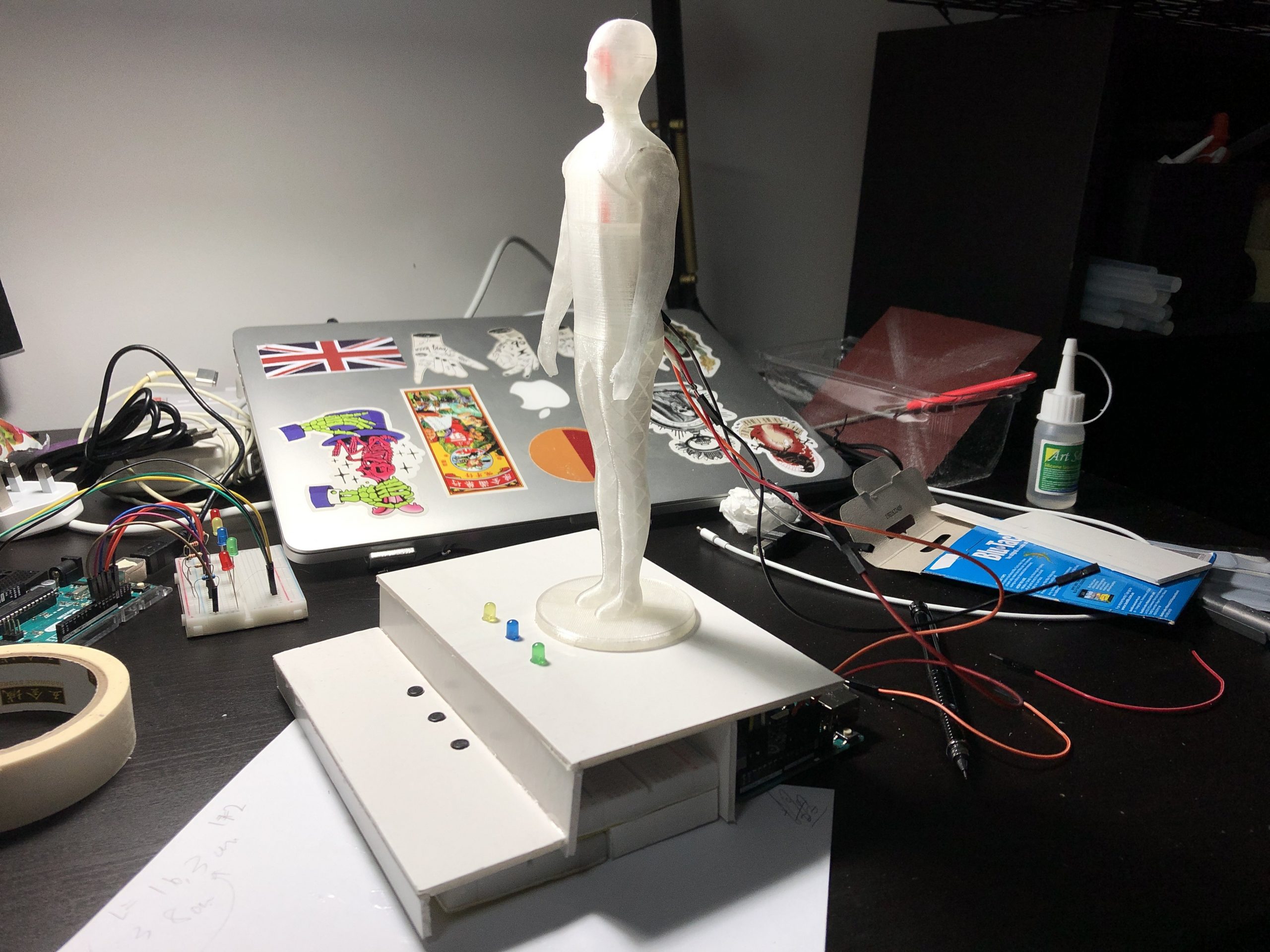 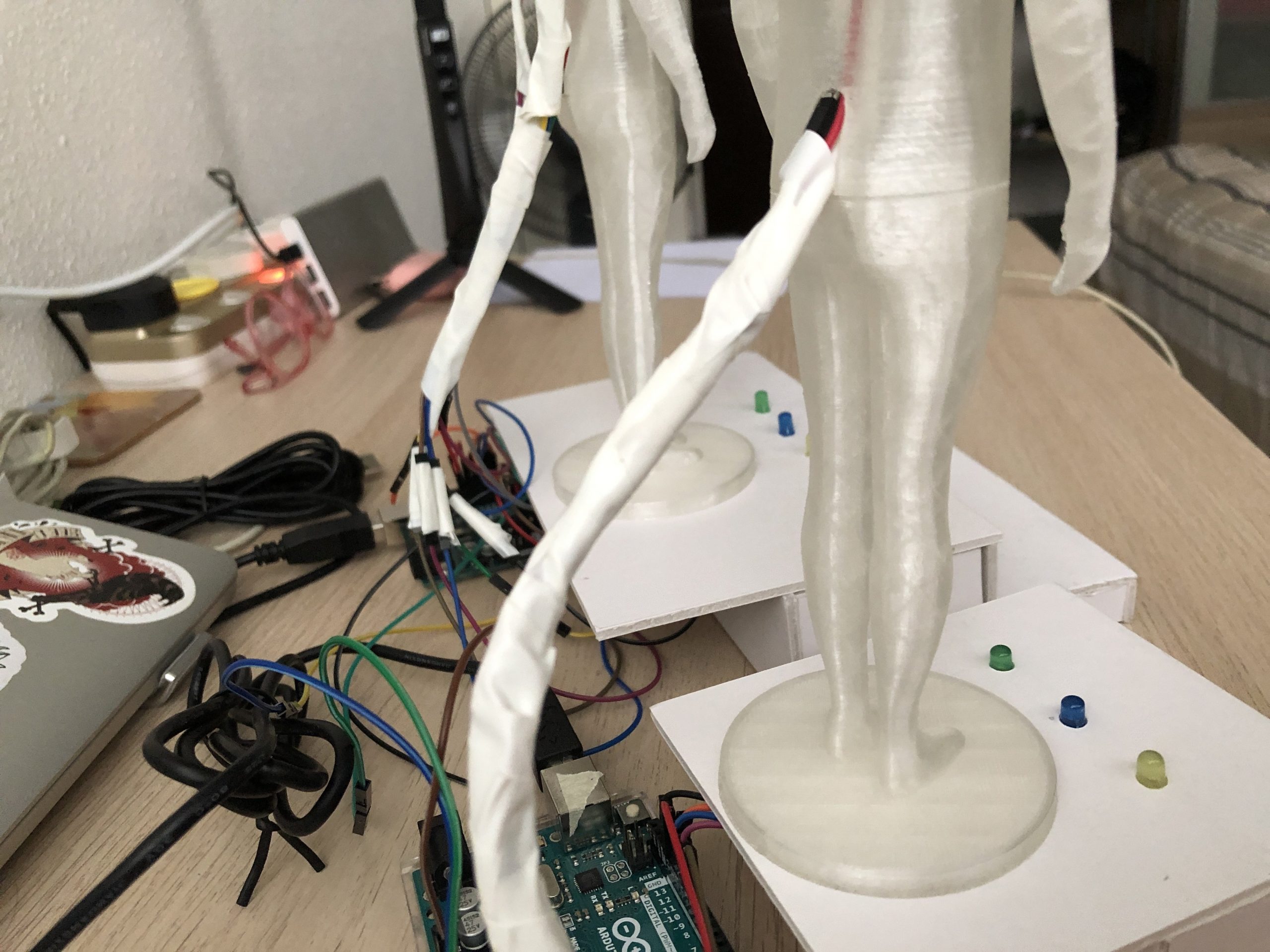 I also decided to create a ‘platform’ for the human model to stand, to add cohesion and to package the project’s interaction and interfaces nicely together.

Here’s a short timelapse of construction/assembly:

Since my project is about 2-way relaying of communications, I’ve used a Master-Slave 12C on Arduino Uno. As such, I would have to produce 2 button boxes + 2 human models in total, one for each receiving/sending end.

Here are the 2 boxes:

Notice the Slave side has a smaller container than the Master. This is partly due to hardware accommodation as well as the Master has additional buttons to control.