Article selected
From provided Bibliography for Reading Assignment:
Turkle, Sherry. “Video Games and Computer Holding Power.” In The Second Self: Computers and the Human Spirit. Cambridge, MA: The MIT Press, 1984-2005.

Rationale for Article Selection
I selected this reading as the title seemed to address a much debated topic since the advent of and through to the prominence of video games and computer in popular culture that has transcended all ages worldwide.

I decided to read more about what the author, Sherry Turkle, an Abby Rockefeller Mauzé Professor of the Social Studies of Science and Technology at the Massachusetts Institute of Technology (her impressive credentials alone is one motivating factor for me to select her writing to research and read about), had to share and was surprised to find many interesting nuggets of facts and information, as well as insightful perspectives. 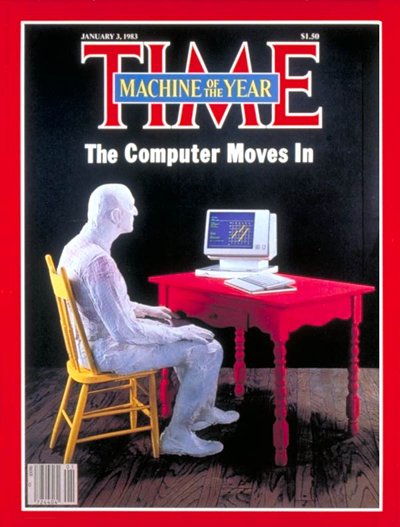 The most interesting fun-fact I’ve learnt from Turkle’s insightful chapter is that world renowned TIME magazine once nominated the Computer as Machine of the Year in its January 1983 issue, an honorary role traditionally given to a Man, Woman, or Persons of the Year. Upon learning about this nomination, I interpreted the prescribed ‘Machine of the Year’ title to be most definitely an ambiguous one, as the recipient’s eligibility is not measured by his or her ‘good’ work — take Adolf Hitler (nominated 1938), Bill Clinton (1992), and Donald Trump (2016) for examples — but by their degree of influence on society, economy, and overall humanity that year. This ominous ambiguity of being the Machine of the Year poses a great discussion opportunity on the benefits and harms of the Computer’s influence on humanity. Turkle follows through in her writing by discussing her own insights and analysis of the progressive and persistent allure of video games and computer on humanity throughout the years.

I felt that the discussion was relatively easy to follow as Turkle presents her arguments by ensuring examples given relate back to the reader, with mentions of notable games such as Asteroids, Space Invaders, Pinball, and Pac-man. The author delivers her points by inviting the reader to recall how they felt playing the aforementioned games, driving home identified aspects of the attractiveness of video games in our culture. Key ideas that stem from users’ points of view of the topic at hand are supported from interviews with consumers of games at various ages and occupation.

I find myself fully agreeing with Turkle’s presented analysis of user control, escape, identification, urgency/real-time response, and altered states that video games provide. I also found it to be particularly interesting, as these intangible and highly prioritized states of the human mind are ironically programmed by using numbers, algorithms and code. 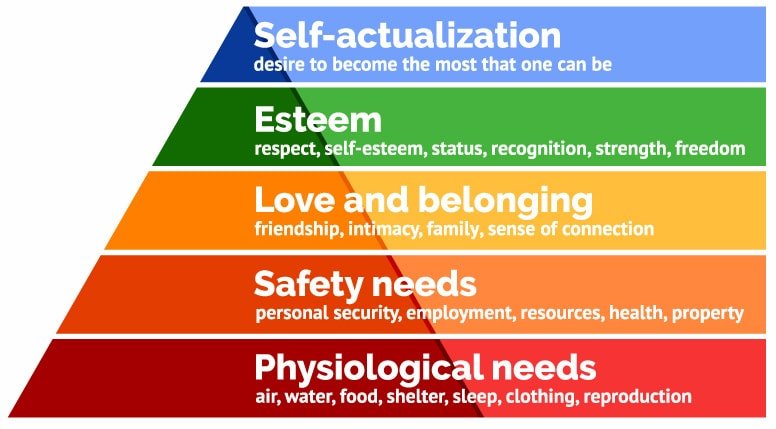 Illustration and description of Maslow’s Hierarchy of Needs model

With my own knowledge of Maslow’s hierarchy of needs, I drew relevance and links to the points presented in this discussion, as they resonated with the top 3 tiers of the pyramidical table, namely, Belonging, Esteem, and Self-Actualisation. This correlation further supports the perspectives of how the advantages and endeavours of video games and computer technology outweigh the perceived cons. This established link also helps us to understand better why video games and computers have that persistent appeal to humans’ needs.

Additional Reflections and Takeaways
As I’m sure most of us, myself included, have inevitably faced many lectures of baseless claims from our parents, relatives and educators about how the computer and video games are bad for us and that we should stay away from it as much as possible. This universally-experienced tension between the younger and older generations regarding a seemingly newfangled technological device makes me laugh, even more so in today’s context. In 2020, the tables have drastically turned, as every day and everywhere we go, we bear witness to our elderly relatives, neighbours, and even strangers glued to their mobile devices and tablets, either entranced in games, dramas, videos, or social media. They obliviously block public pathways and spaces as they find themselves absorbed into the content that their digital screens are feeding them with. I’d like to imagine what would ensue if youngsters today confronted these seniors with their same original logic.

In my perspective, the Computer and its power and hold on humanity should not be feared or suppressed. Instead, it should be embraced, and most importantly, harnessed. It is imperative that humans learn to utilise and optimise the powers of computer technology as it is inevitable and ubiquitous. As humanity, we should not impede technological progress, but work with it to better our quality of life and the environment that sustains us. As thoughtfully illustrated in the selected chapter, Video Games and Computer Holding Power by Sherry Turkle, the progressive evolution and ever-growing engagement of users and games, from analog machine-based Pinball, to arcade games of Space Invaders and Pac-Man, to video games like Robotron, and Pong, to computer games such as Dungeons and Dragons, each generation and evolution has made gameplay, content, and engagement better than ever before. As we continue to embrace these advances, the next steppingstone for games and adventures in Extended Realities of Augmented, Virtual, and Mixed can be further perfected and explored, and eventually further exceeded beyond those endeavours and so forth.

Lastly, seeing how video games and the computer continue to allure users throughout time by identifying and providing the intangible validation, recognition, escape, control, and other desired needs of the human psyche, I’ve further learnt more about how powerful and influential tapping into primal human psychology can be, and how it can elevate the value and power of my art and design works that I continue to pursue and present in the future.