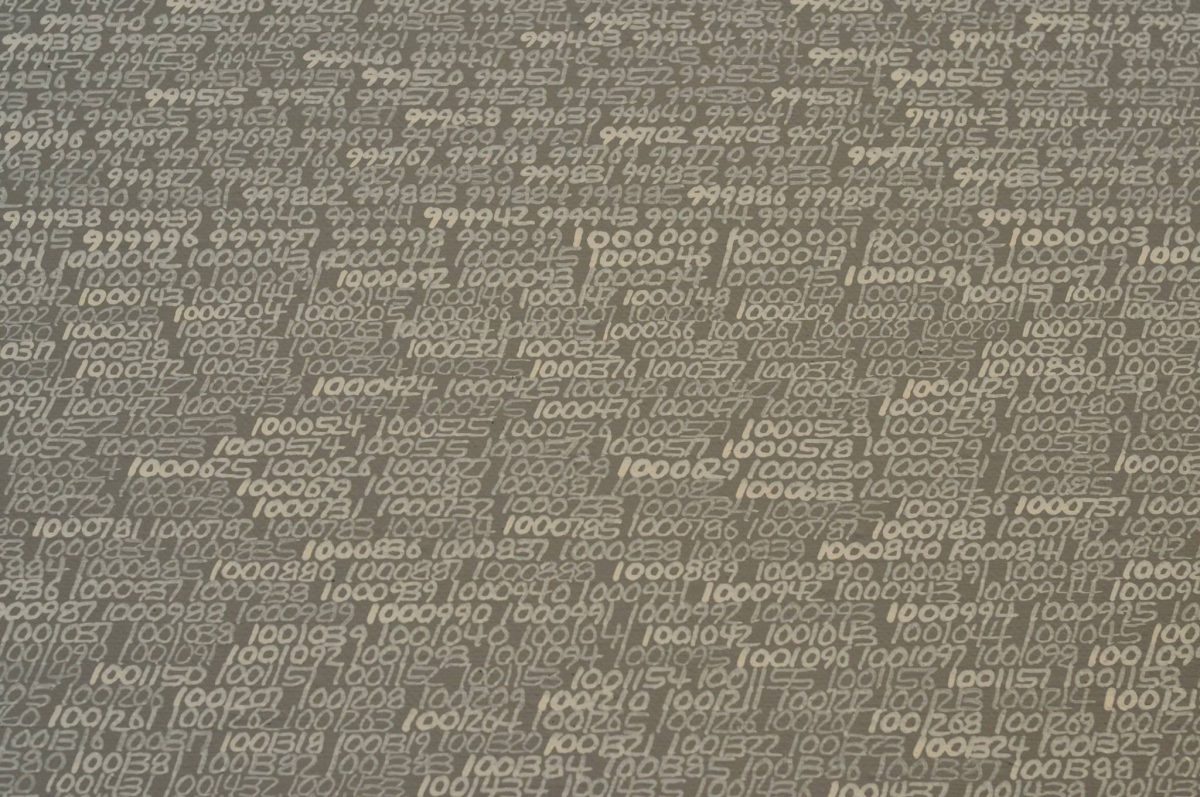 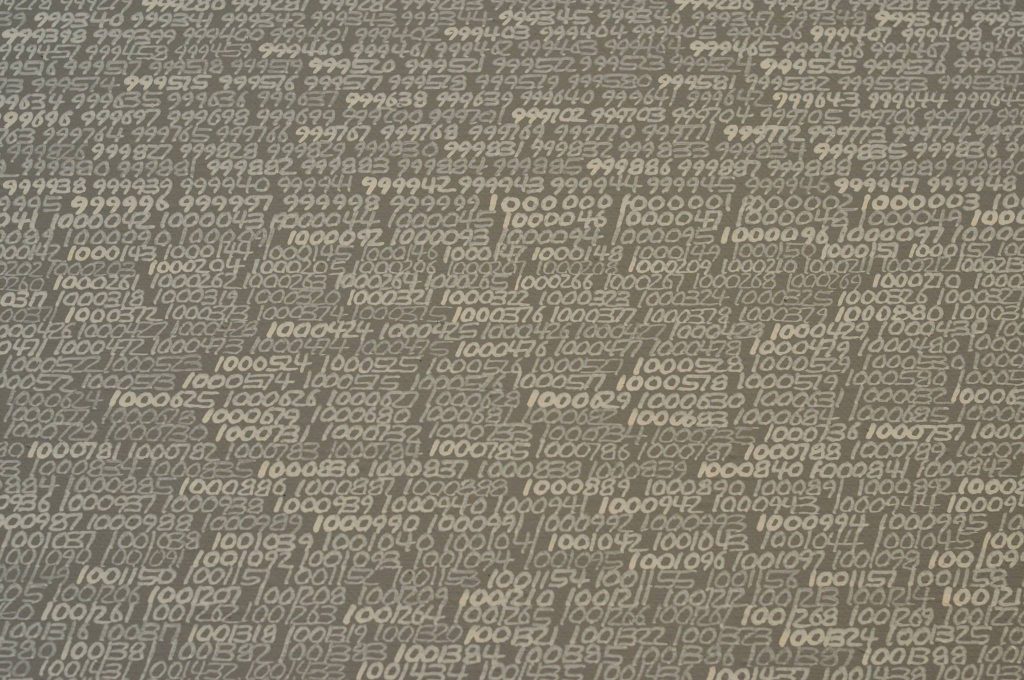 “It’s important that my last Detail should not be finished by me, but my life.”

Opalka was painting small numbers in white pigment using a number “0” brush, creating rhythmical horizontal striations against a black background. Each canvas, or Detail, as he called it, would begin in the upper left corner and gradually move to the lower right. Each application of white paint would continue until the brush became dry whereupon he would dab the brush and continue on as before. This process (or procedure) would occur slowly over time. His painterly method was to embed the trace of these white numbers against the black surface, to make them appear tangible.

He would count aloud each numeral while coordinating the tiny movements of his brush. In the process, he was inexorably bound to the medium in which he worked. Upon completion, each canvas — or Detail — constituted a part of the whole.

Opalka began to add 1% white pigment to the black background. Gradually, over time, as more paintings were painted, the black surface would become gray. As he continued to count and to paint five, six, and seven digit numbers, he discreetly added 1% white to each canvas, thus making the surfaces appear increasingly lighter. In the late 1970s he declared that the background of his canvases would eventually appear white, the same white used to paint the numerals that would finally dissolve into the surface, embody the surface. Ultimately, there would be no distinction between the white numerals and the white surface; they would culminate as a form of blankness, possibly transcendent, as the numerals grew invisible within the prospect of infinity, the Samadhior highest level of meditation.

The work of painting has become meditation. The intellectual and emotional sides of the work are absorbed through the medium of the spiritual.

His work was always just beyond the present, like Heidegger’s phenomenology, where the horizon of thought kept appearing and disappearing.