For my final project I have decided to do a set of illustrations for KVIFF – Karlovy Vary International Film Festival. This anual festival takes place in the recreational city Karlovy Vary in the Czech republic each summer.

A little bit of introduction first:

KVIFF is the largest film festival in the Czech Republic and the most prestigious festival in Central and Eastern Europe. It is one of the oldest A-list film festivals (i.e., non-specialized festivals with a competition for feature-length fiction films), a category it shares with the festivals in Cannes, Berlin, Venice, San Sebastian, Moscow, Montreal, Shanghai, and Tokyo.

Every year, the festival presents 200 films from around the world, and regularly hosts famous and important filmmakers. The Karlovy Vary festival is intended for both film professionals and the general public, and offers visitors a carefully designed programme, excellent facilities and a broad range of other services. (http://www.kviff.com/en/about-the-festival/festival-description)

The first year of one of the world’s oldest film festivals was in 1946 in Mariánské Lázně. The festival moved to Karlovy Vary in 1947, and the following year the festival became competitive awarding its first Crystal Globe. In 1956, the International Federation of Film Producers Associations (FIAPF) officially designated Karlovy Vary a category A festival.

The Karlovy Vary festival spent 40 years operating under political pressures in socialist Czechoslovakia. In 1994, a new team headed by well-known Czech actor Jiří Bartoška and leading film journalist Eva Zaoralová took over the festival’s organization and decided to reshape the stagnating festival into an film forum deserving of international attention. In just a few years, the new programming and organizational approach implemented by Bartoška and Zaoralová helped the festival regain its previous level of prestige and win back the interest of film professionals and the general public.

That being said, it is needless to point out how important this festival is in Czech culture. This summer in Karlovy Vary will mark 53th year of the KVIFF. As the theme for the festival has not been announced yet, I decided to work on some ideas without being pressured with the theme that I would feel like I had to follow.

I researched previous years and particularly 52nd were the one that I found to be the most appealing design wise. However, I won’t necessarily do anything similar. 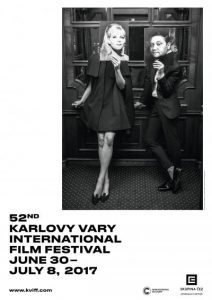 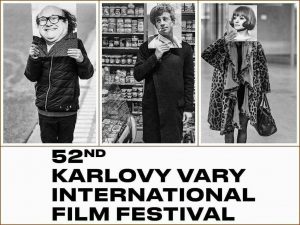 For a change, the 50th year of KVIFF was my least favourite when it comes to design and theme. I have done reseach up to twenty years ago, and I was surprised how many designs were not really engaging or interesting up until last year. 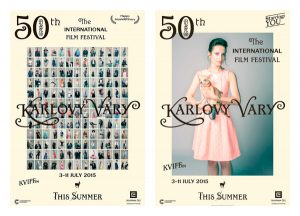 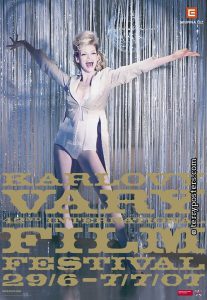 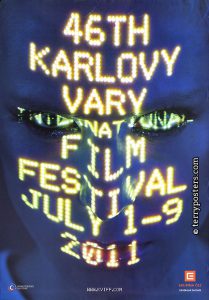 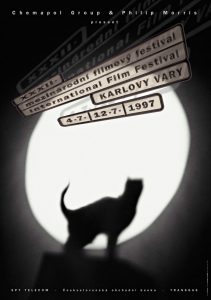 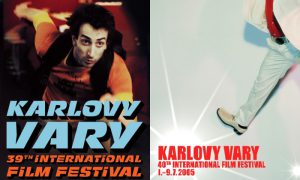 I have always viewed festival as part of my summer, something that was always discussed in all media when it was happening. However, this is the first time actually searching through all years and looking at it design wise. I was surprised with how difficult is it to find any information that comes before 45th year.

PS: The items I would ultimately like to design would be poster, festival tickets, champagne/wine bottle, phone case and playing cards. This would all be included in a “festival kit” that a person purchasing the premium or early bird tickets would get as a gift (also available for customers to buy during the festival itself, however the amount would be limited).  The items included in the kit might still change as I will progress with the work.