I had another idea initially – to be able to send emotions and moods over to another person.

How it would work is that a person can send their mood in a simple way to another person, in the form of colour of a LED lamp. 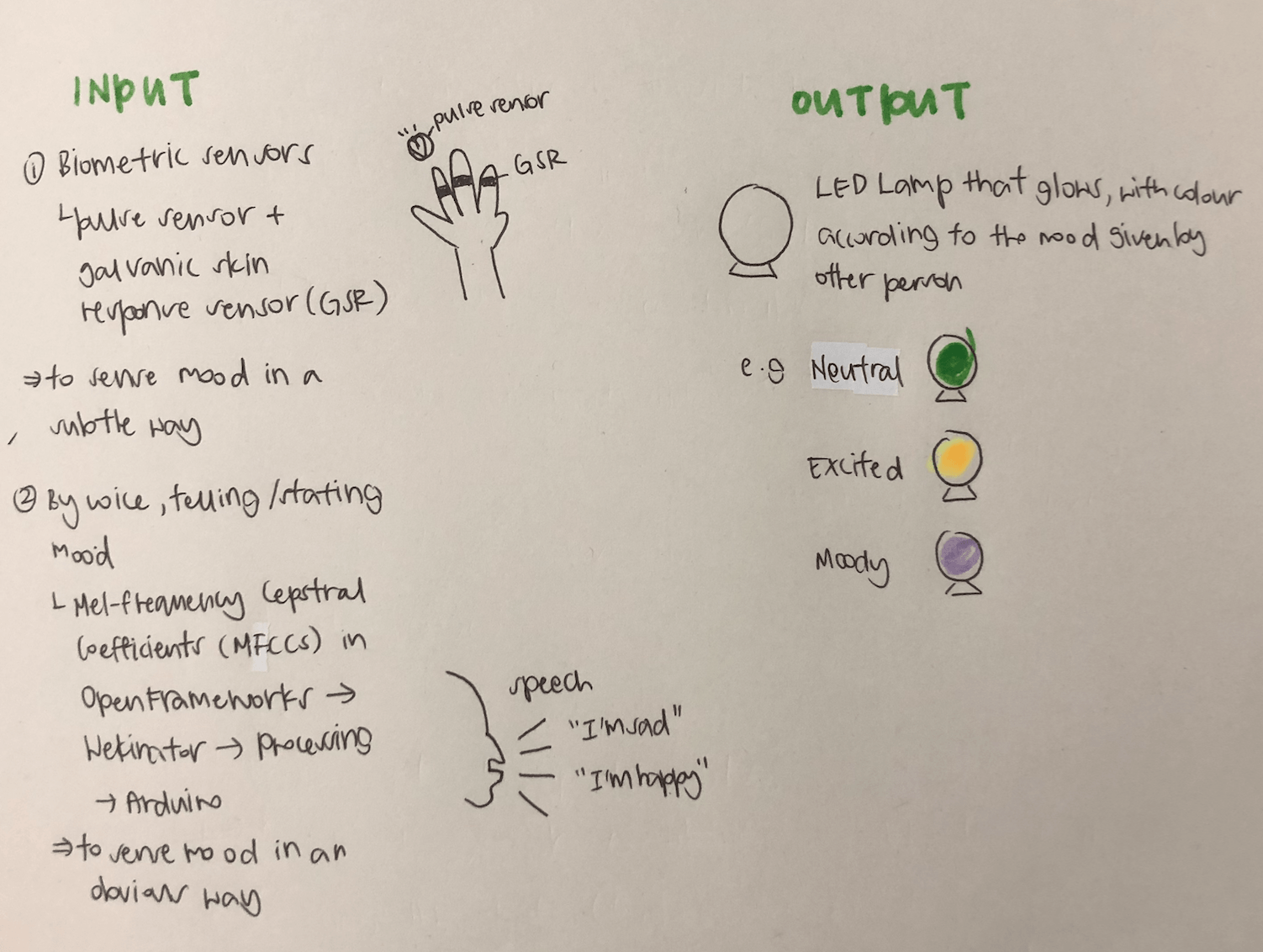 For the inputs I was considering, I was leaning towards biometric sensors such as pulse sensor + galvanic skin response (GSR) sensor. It would be the most effective and subtle way of sending a mood over without being overly obvious like having to literally state one’s feelings.

However.. the GSR sensor is way too expensive/ difficult to source, and simply using the pulse sensor would not work so effectively alone.

Along the same lines, I was looking at tracking facial features with FaceOSC. But since I had already done that in a previous project, I did not wish to pursue this idea further – I wanted to try something new.

Workflow would be from MFCCs (Mel-frequency Cepstral Coefficients) in OpenFrameworks -> Wekinator -> Processing.

But I felt that this was way too obvious.. and so unnecessary. I could just achieve this by for instance setting up a Telegram messenger bot and simply sending an emotion over.

From arduino, the data will be sent to a LED lamp that changes colour according to the mood sent over.

However, I felt that if I could not use biometric sensors, there was not much point in pursuing this idea. Simply because having to simply state emotions would be quite unnecessary, especially for people who are more reserved where sharing emotions is a bit harder.

Therefore, I brainstormed more and came to my current idea of “Personal Sun”! Presentation lides can be found at the top of this post.