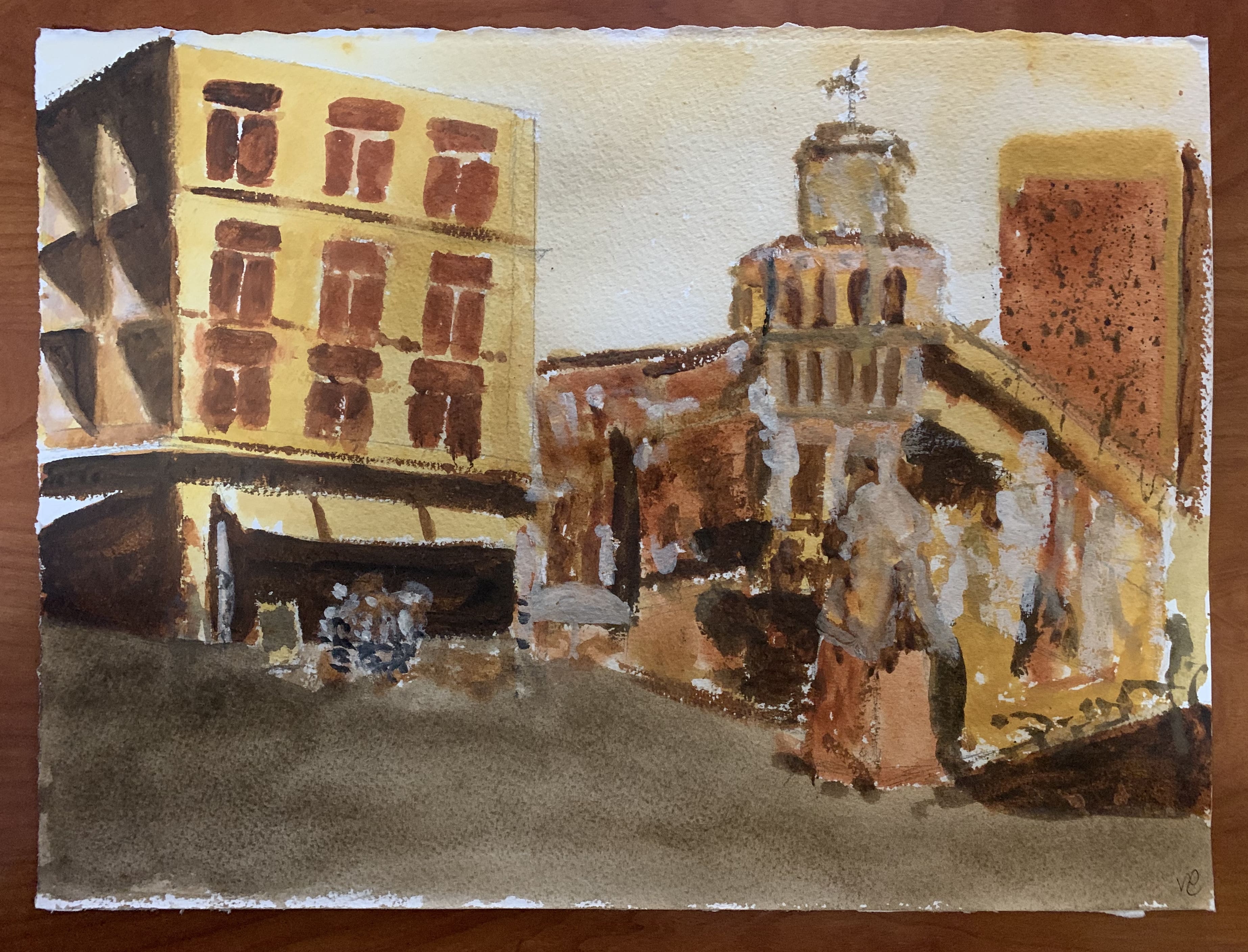 The building on the left was more structured and it was easier to determine the tonal ranges. However, for the the building on the right and the alley in between the two buildings, it was a lot harder as there were a lot of different mid tones.

I realised that I was better able to differentiate the tones for buildings or structures that had no obstructions in front of them, such as the building on the left and the statue on the right. However on a more positive note, I did notice that with the previous tonal exercises done in class, I was able to determine tonal differences better than before 🙂