Made some new motifs, ditched a few old ones. 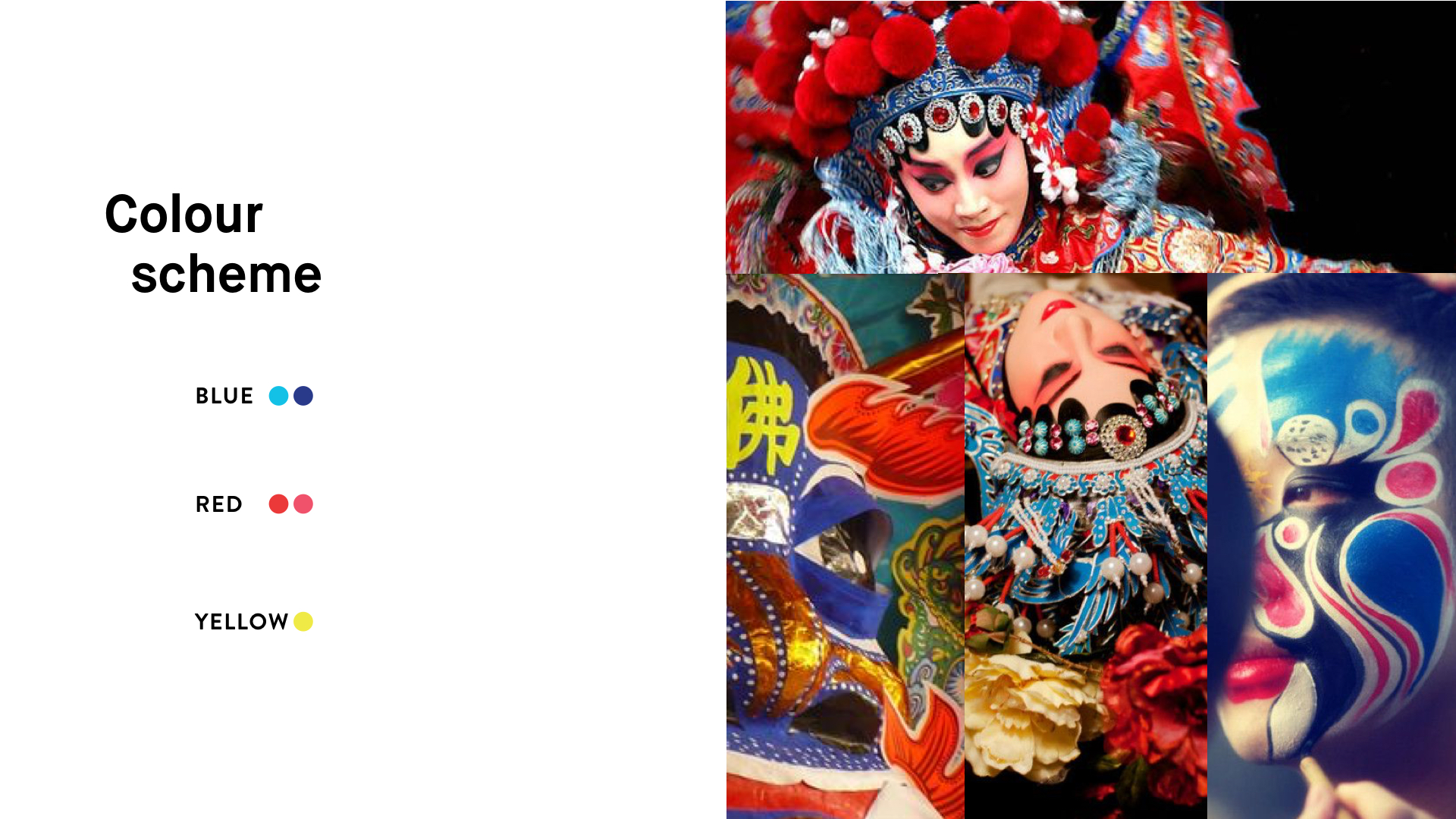 Started with three initial colours before deciding to expand my colour palette with gradients! It felt important that the banner would reflect the vibrancy of ghost festivities. 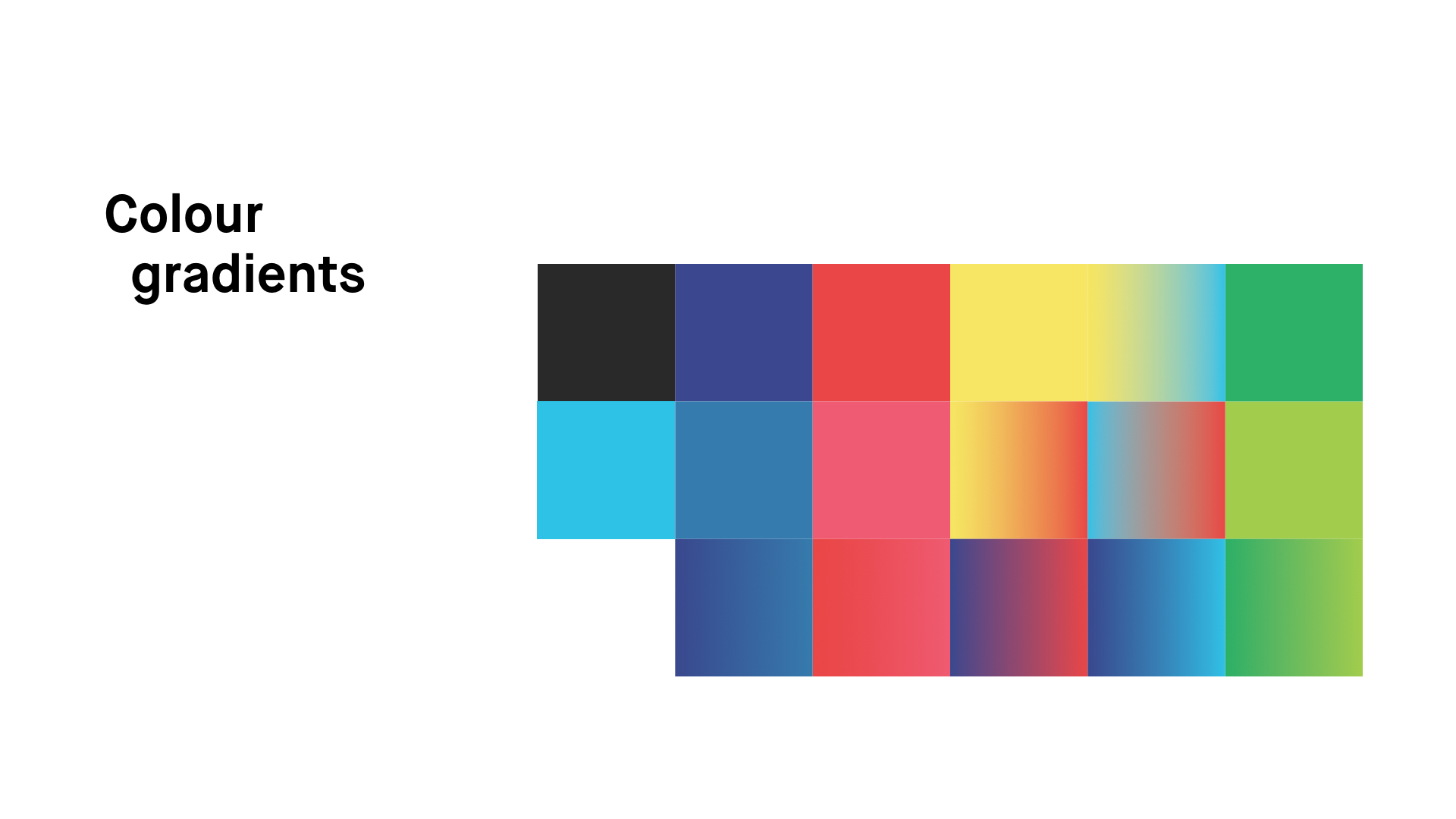 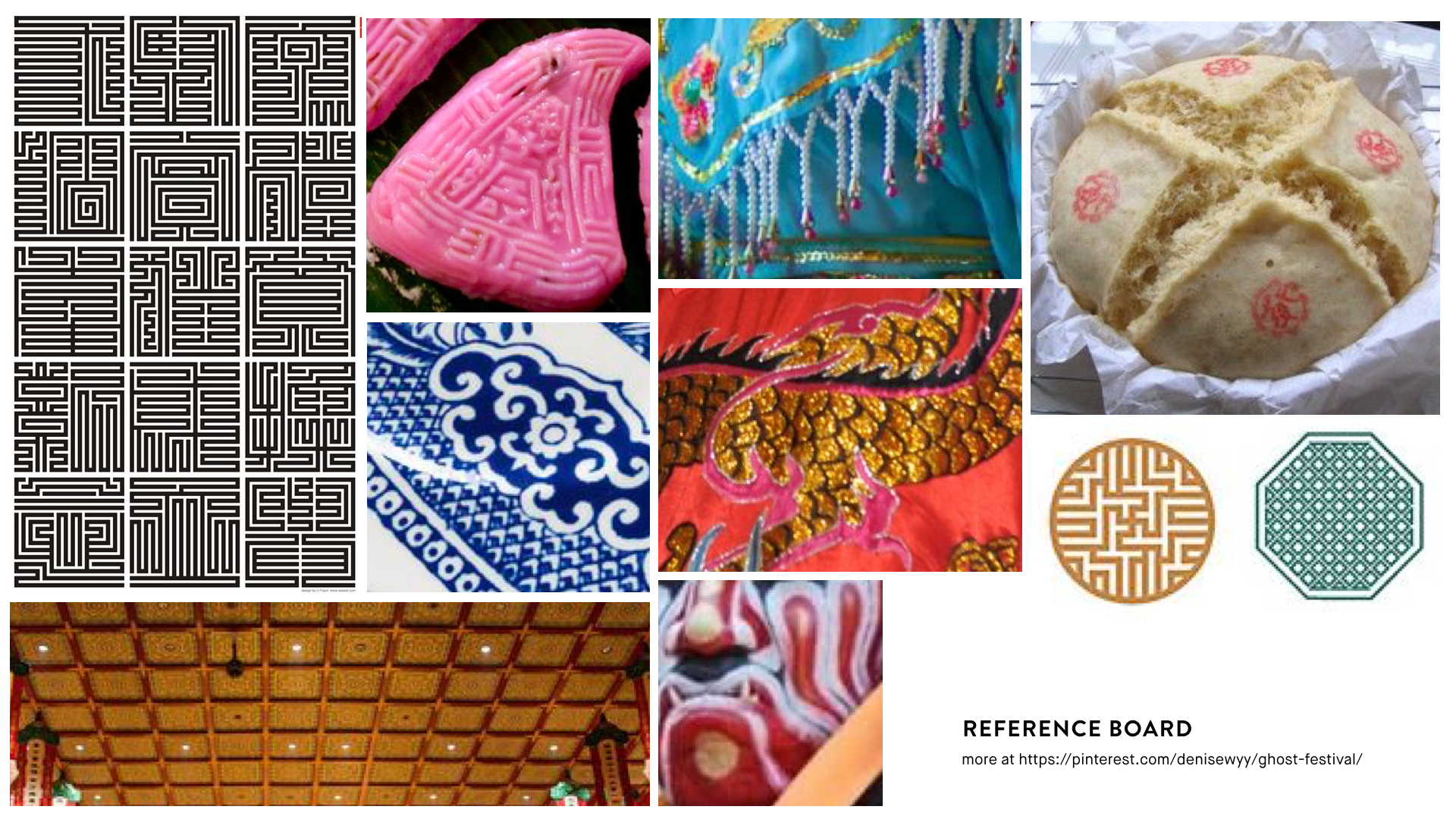 Eliminated some of the old designs from weeks before and narrowed the swatches down to a handful that I’d like to work more with. Am hoping that all scintillation experimentations will be still be effective when printed on something as massive as the banner (fingers crossed). 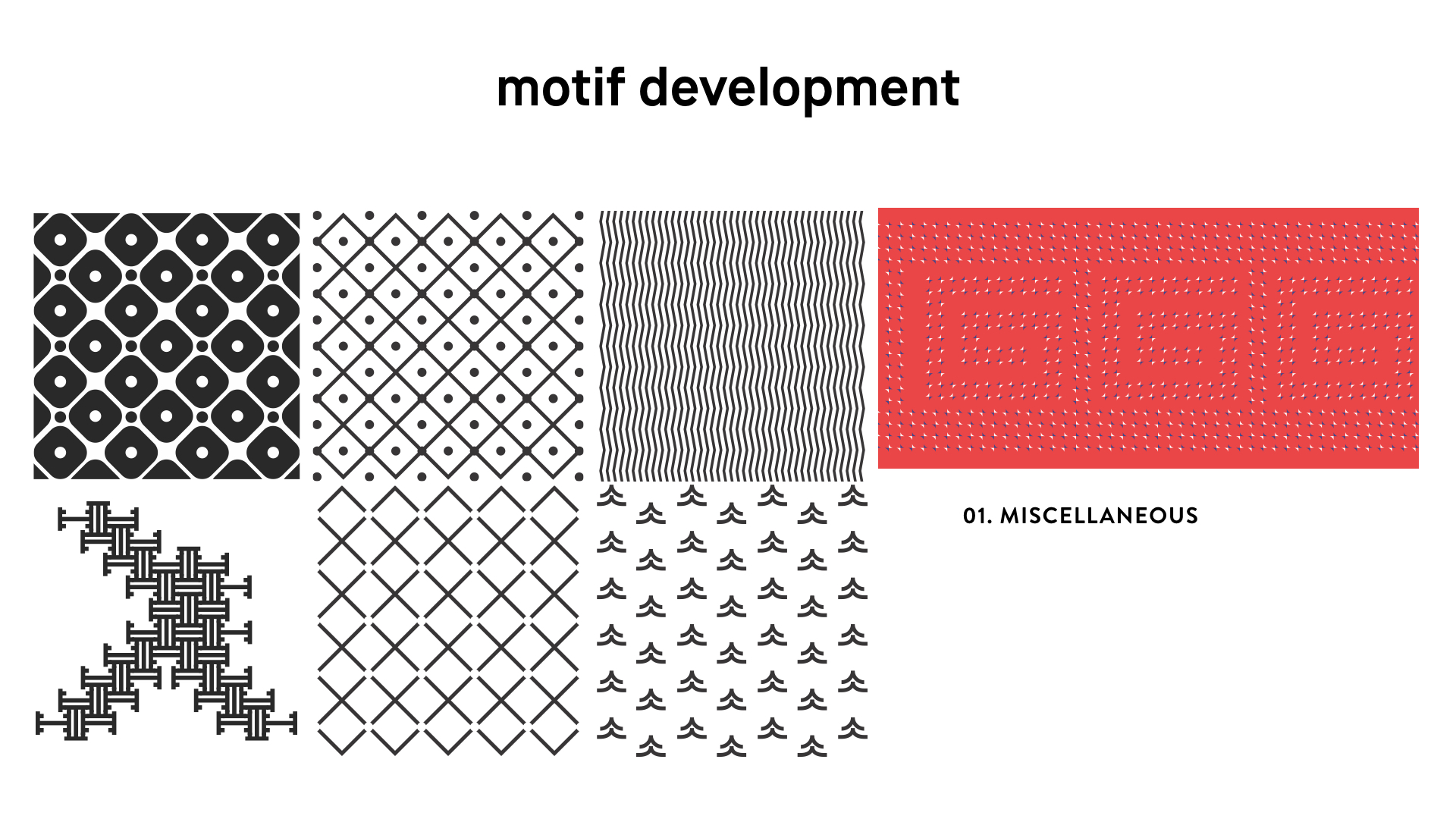 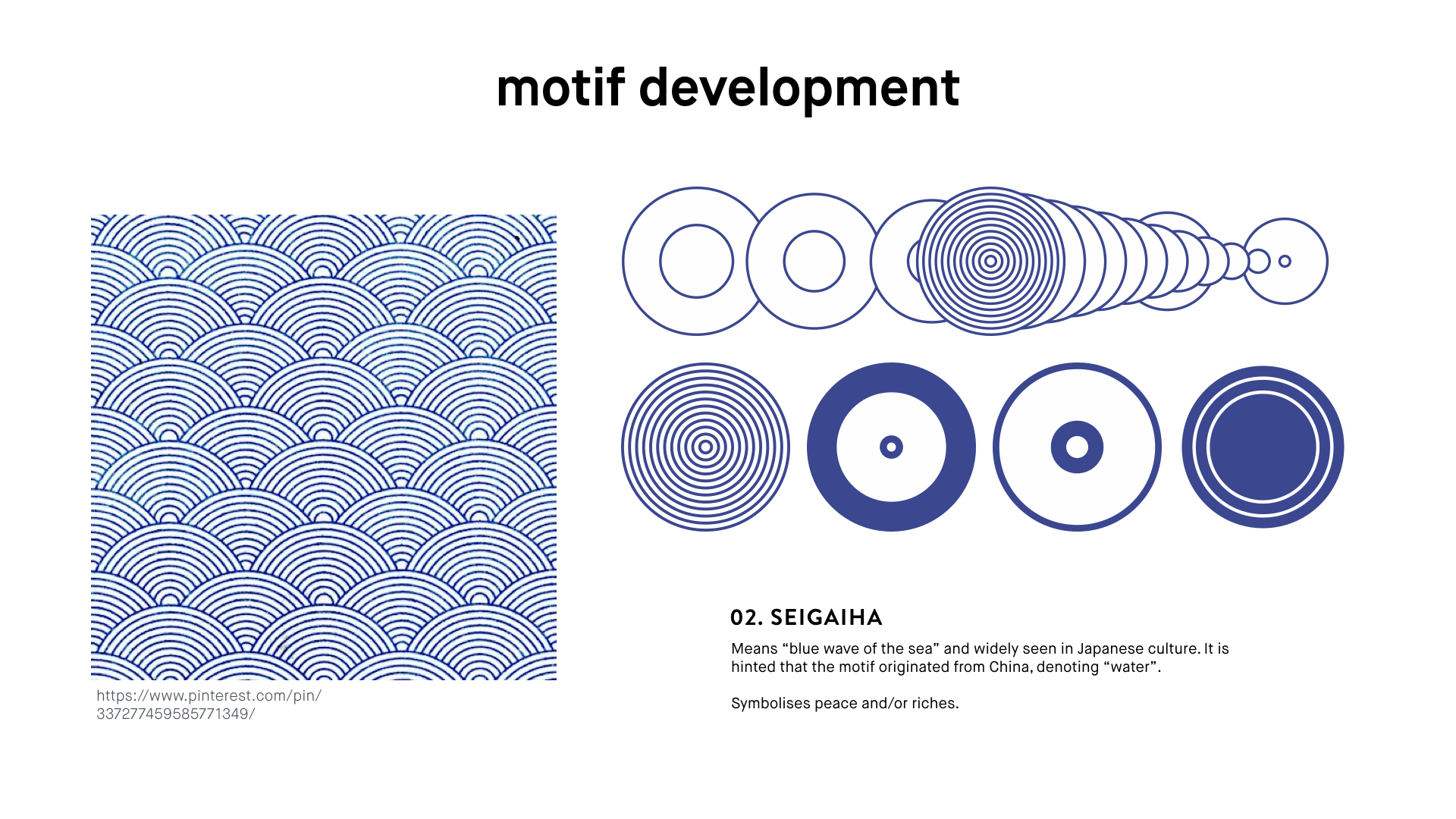 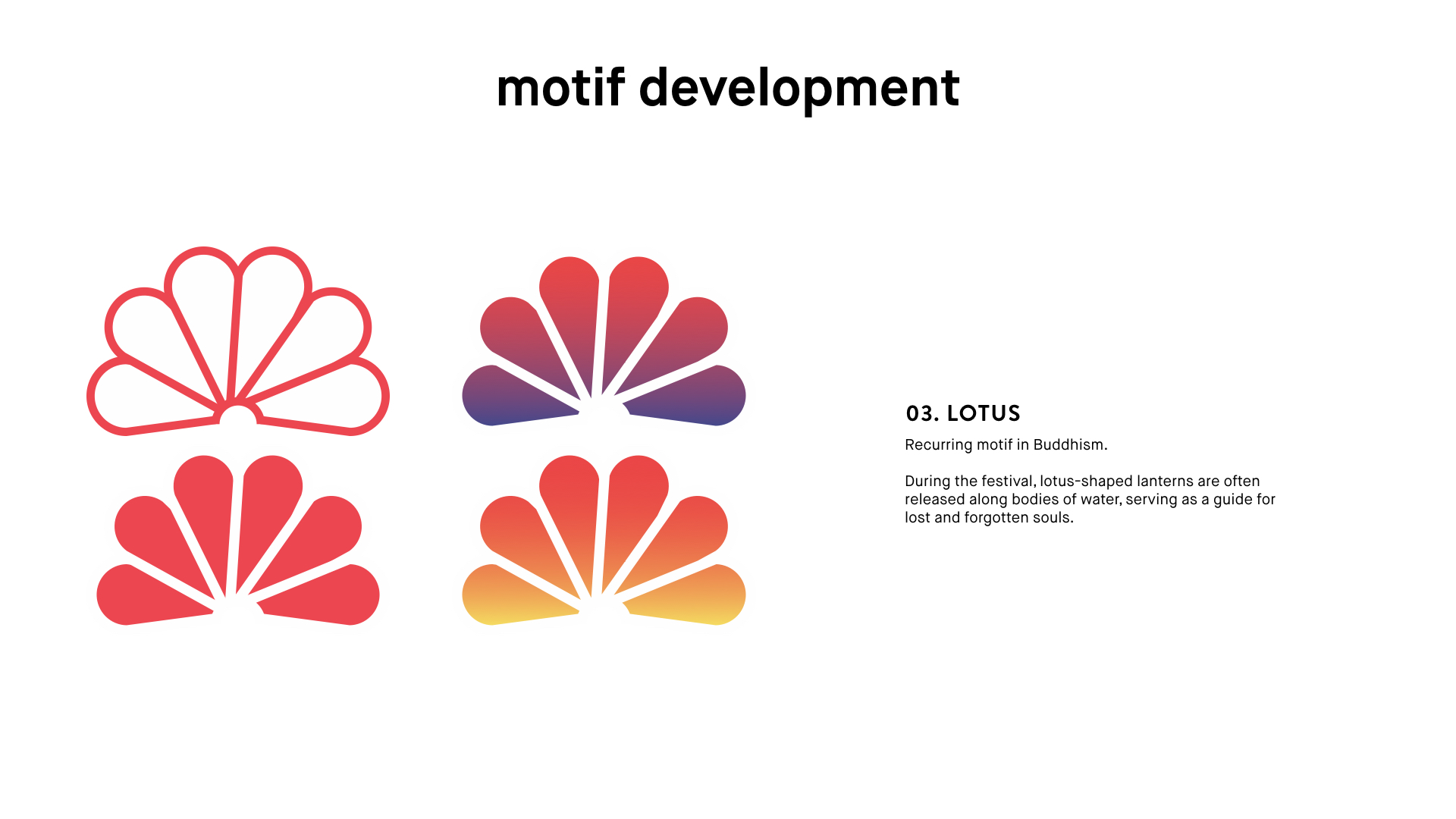 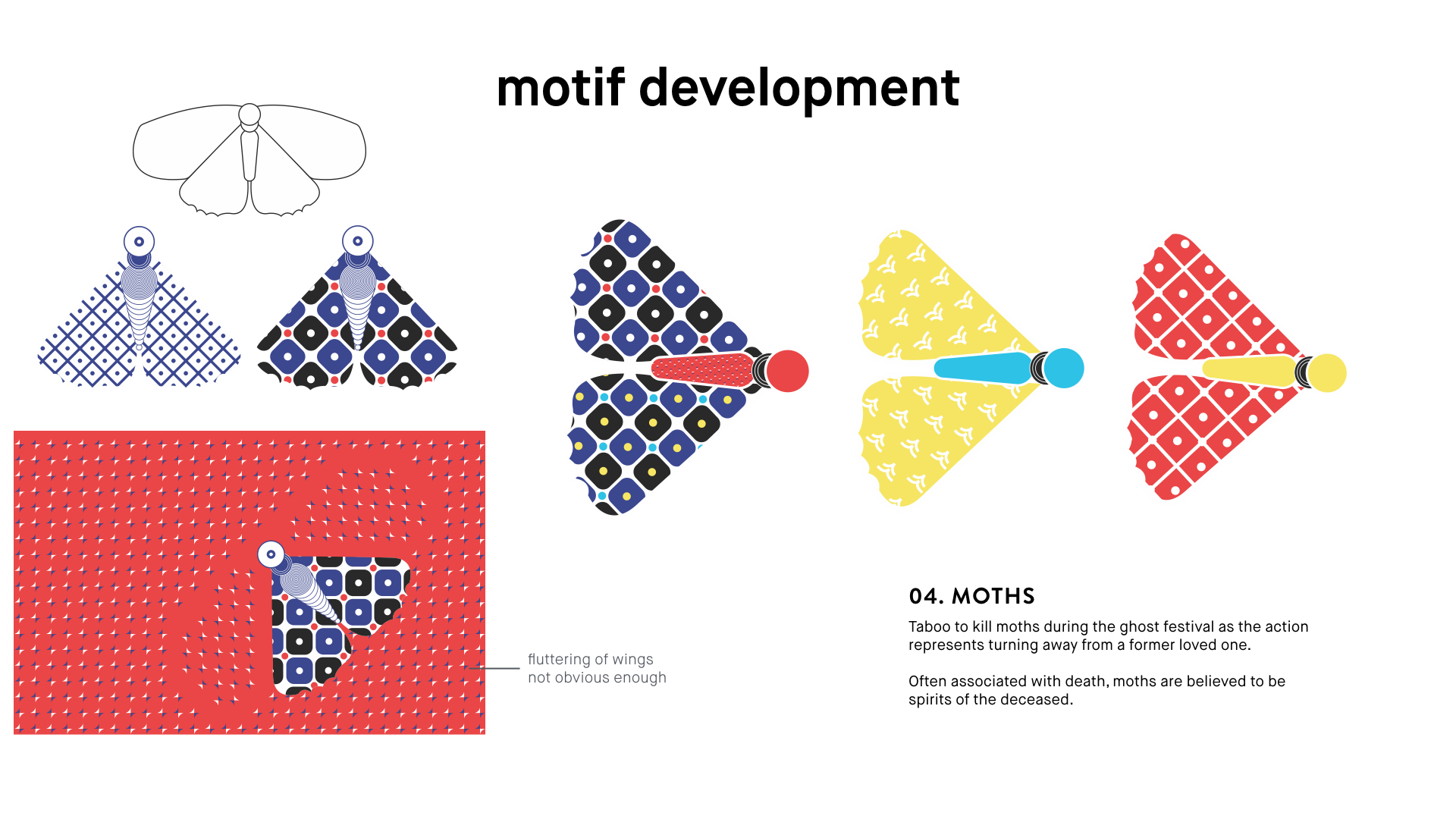 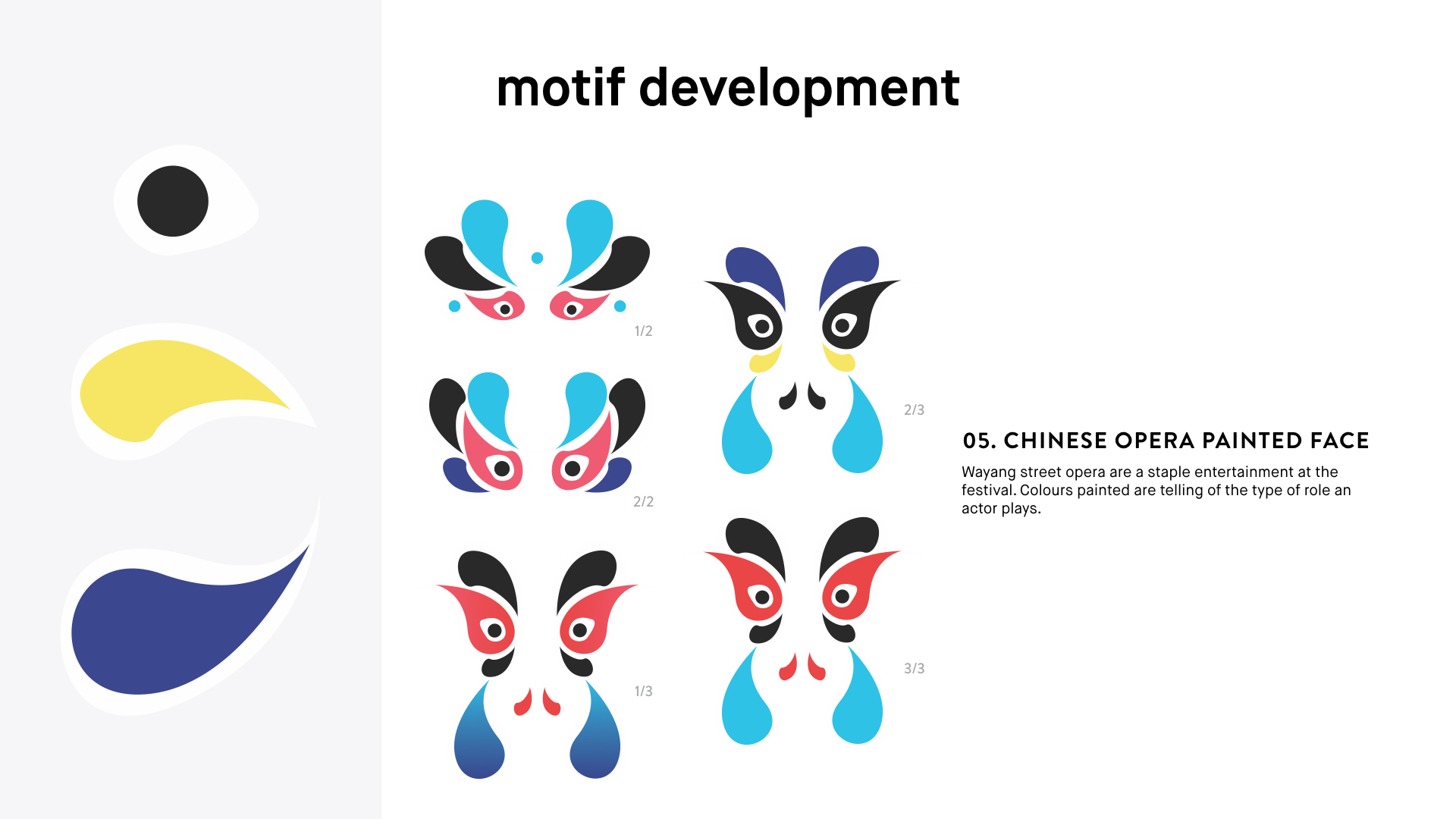 There was a lot of back and forth, and experimentation when it came to laying out the banner as certain colour combinations just did not work when laid out alongside each other. Many of the initial drafts had too much blue in them that it began to look more like a Japanese-oriented banner. To counter this, reds were used to subdue the blues and many of the elements needed to be reshuffled to maintain some manner of flow throughout the banner. 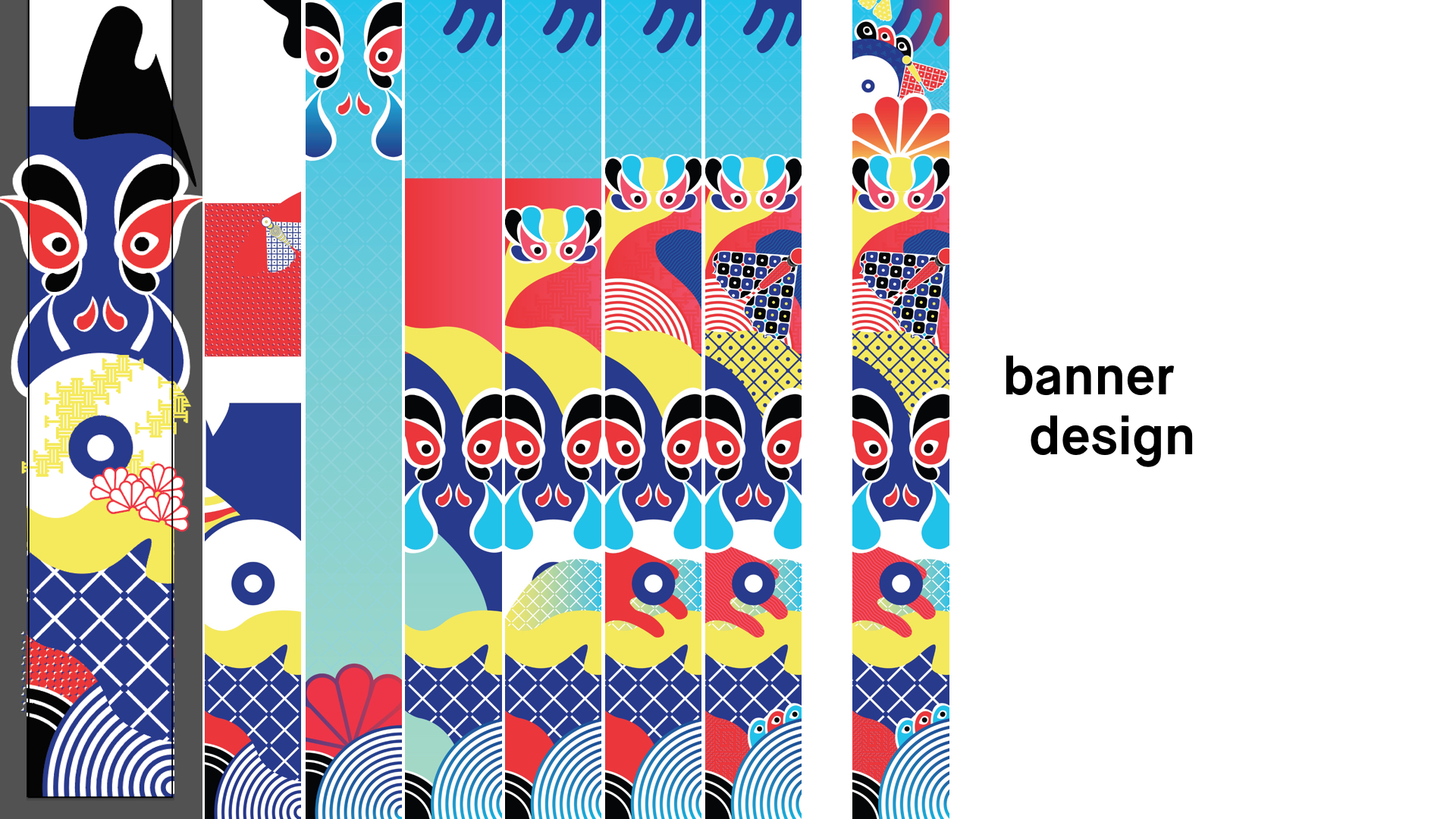