So to bring this project to a close, I will just share the things I talked about (and more because I was so nervous I forgot some stuff).

Here are my final works for crit with lovely notes, from sweet classmates. 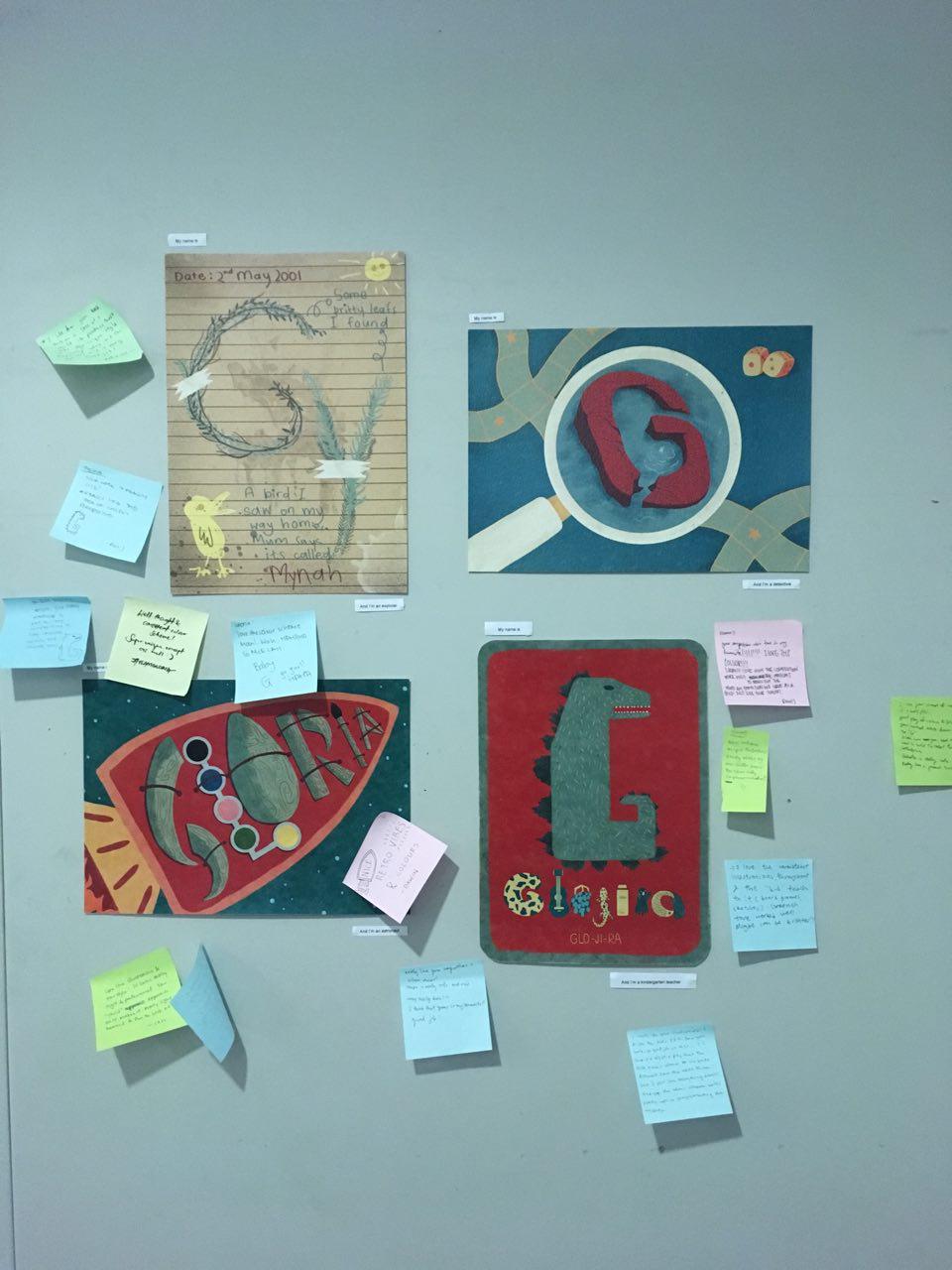 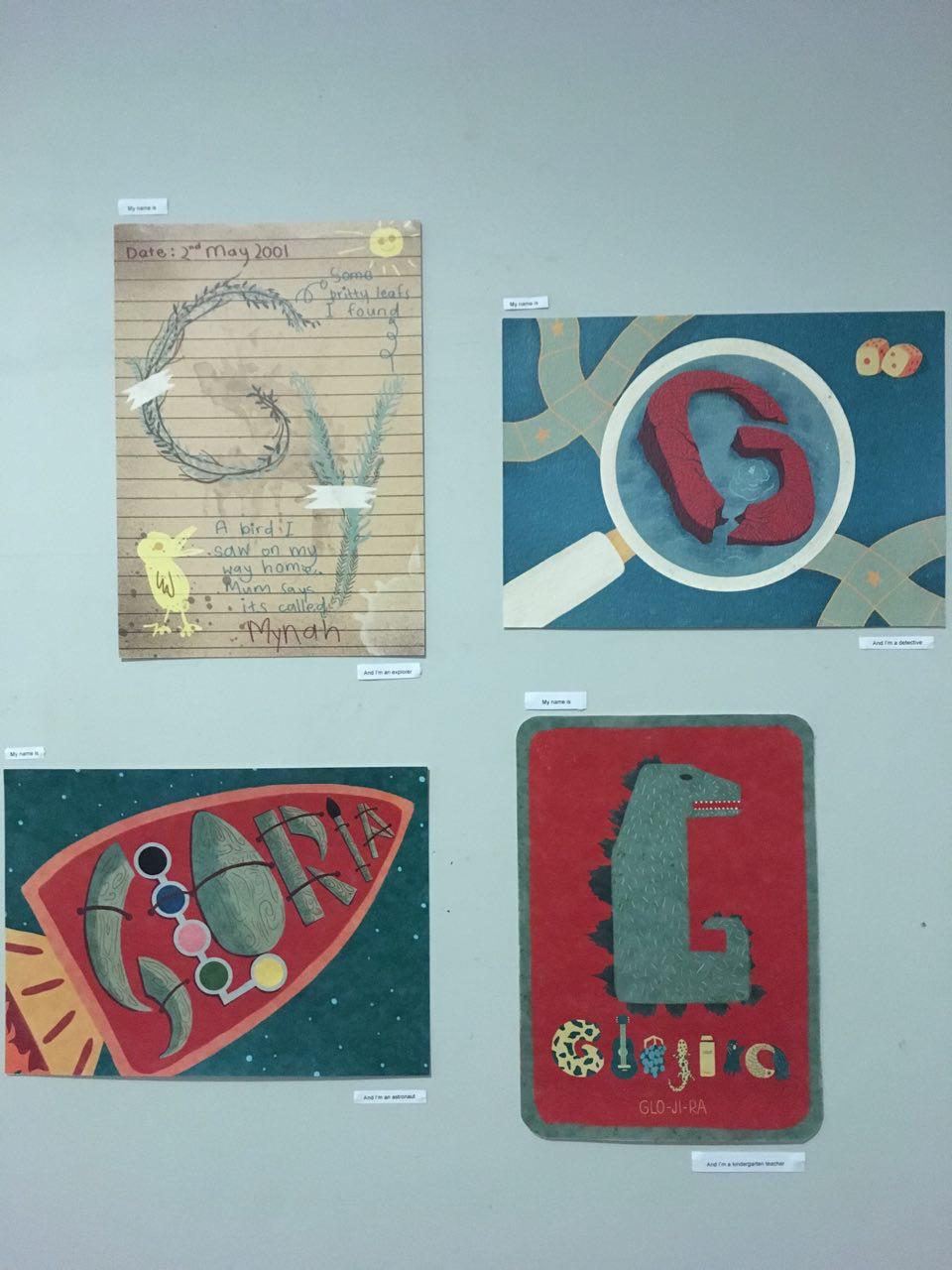 Concept : For this project, I wanted to focus on jobs that I wanted to do as a kid. I thought about how children are naive and childlike, they don’t overcomplicate things and everything is very simple in their minds. Hence, I wanted to take on this project from a child’s pov.

Message : I want to invoke in people something that is slightly more lighthearted, of recalling this childlikeness that we all have experienced when we were young. But also, I wish to get people thinking (subconsciously) about how that has changed as we grow up, how we have kind of lost the ability to look at things creatively.

Will talk about each composition below:) 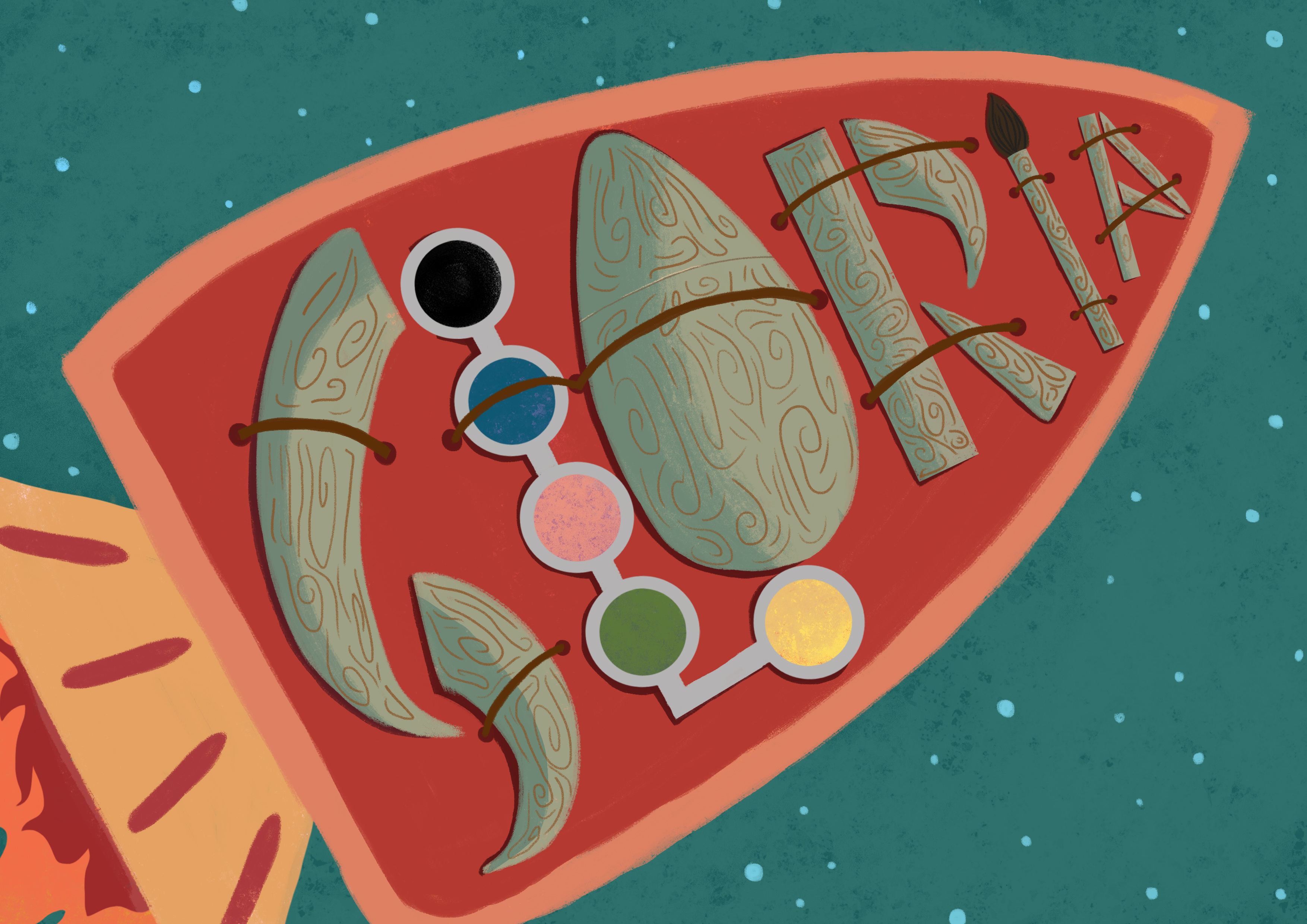 For this, I was mainly inspired by a gentlemen’s kit, where they have items for a gentlemen neatly placed in this box. I thought of this as a space kit for children and even though as adults we know that its just a toy, as a kid, that is their idea of being an astronaut, to build a rocket and go to space. They don’t really think about the struggles and challenges that comes with the job. 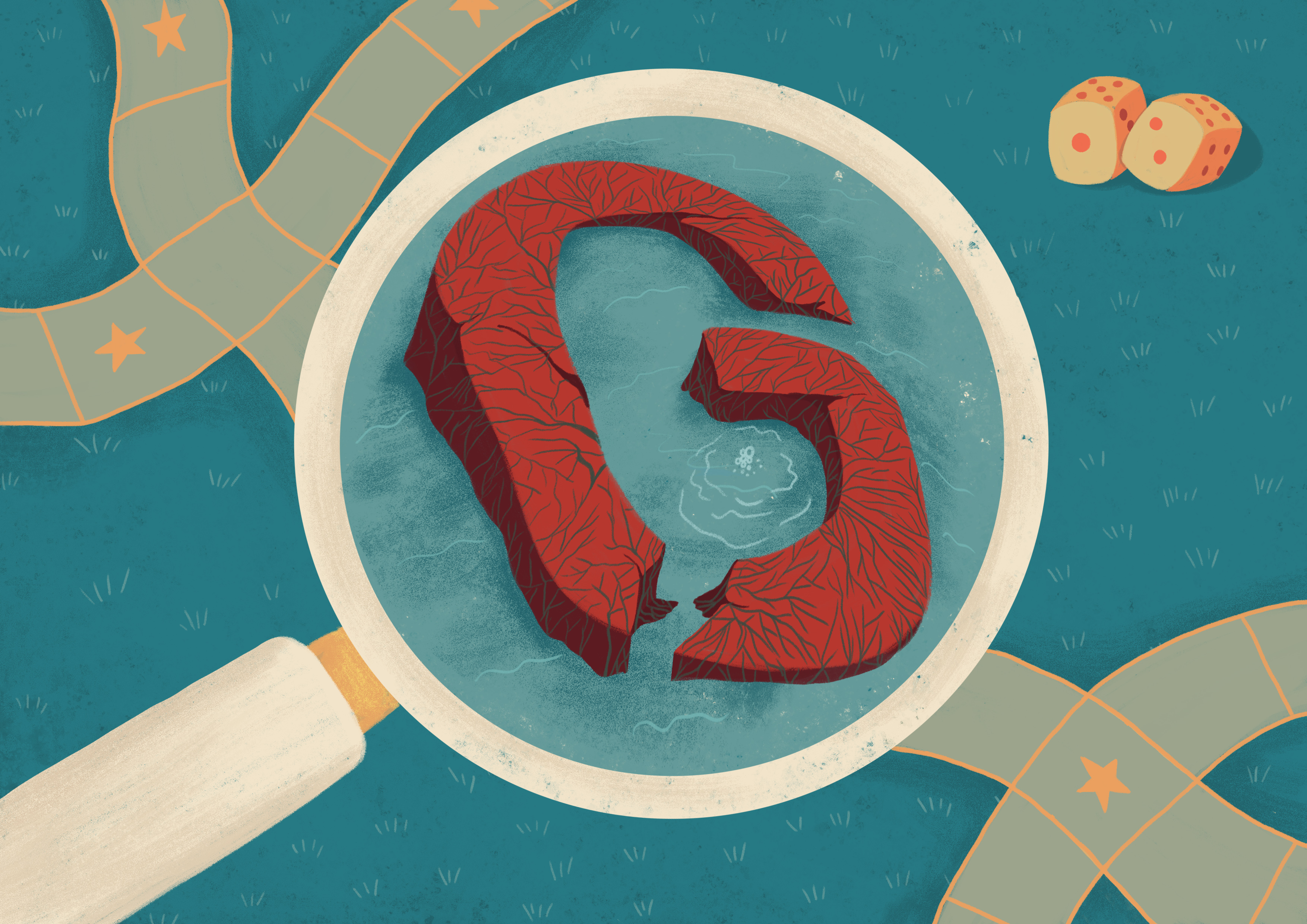 As a kid, I used to play boardgames like cluedo, watch shows like scooby doo and read books like Nancy Drew, and to me, that was my idea of being a detective. So I decided to mimic a boardgame for this composition and the detective part in this is solving whatever the mystery is in the game. In this case, I’ve created a deserted island that makes up the letter G and bubbles in the middle, to hint the mystery behind those bubbles. 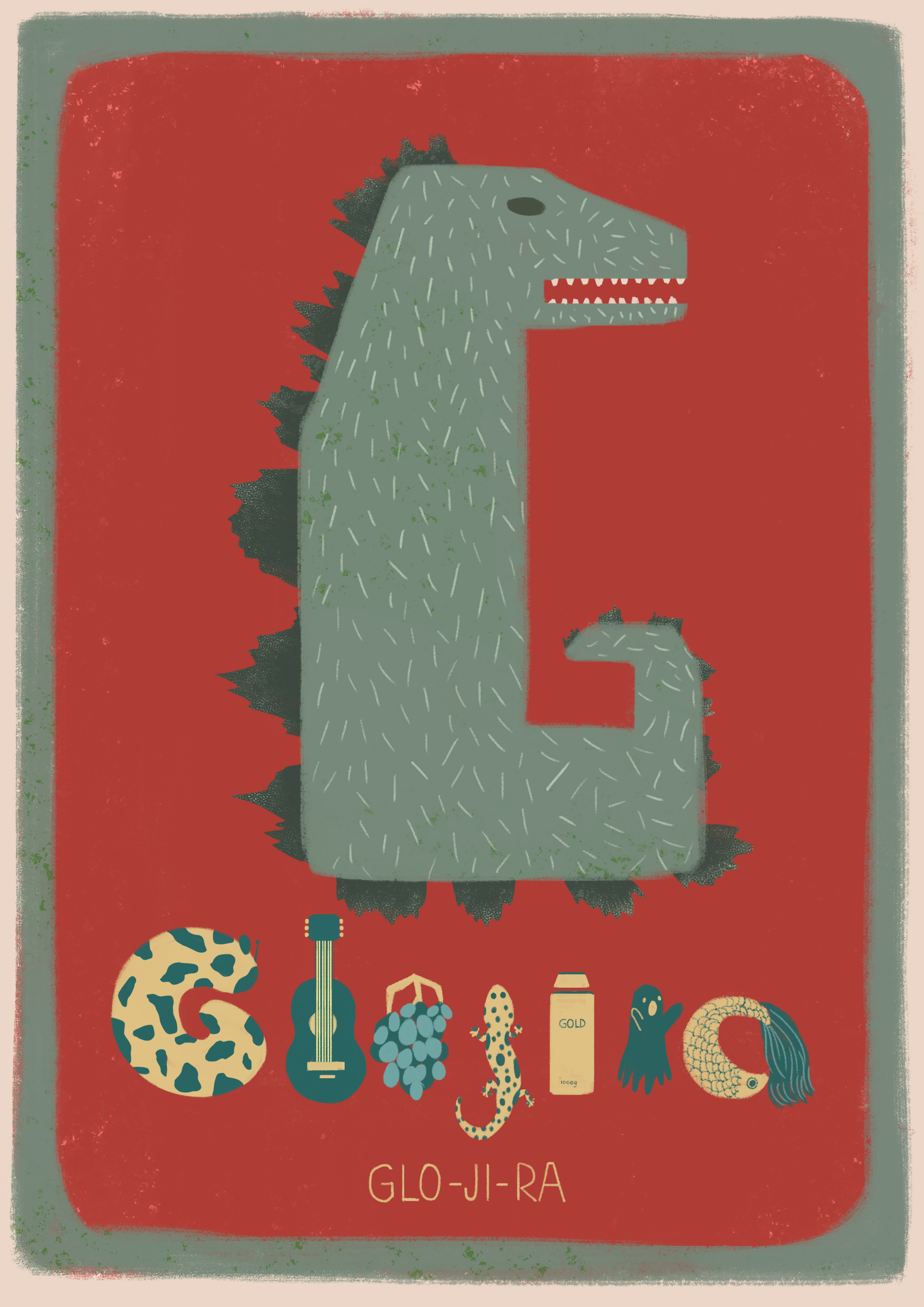 For this, I thought about how I thought being a kindergarten teacher was really simple, they just need to teach the alphabets, something adults must be really familiar with. So I decided to portray it in alphabet flashcards. I used different things that start with the letter G to make up the name glojira. 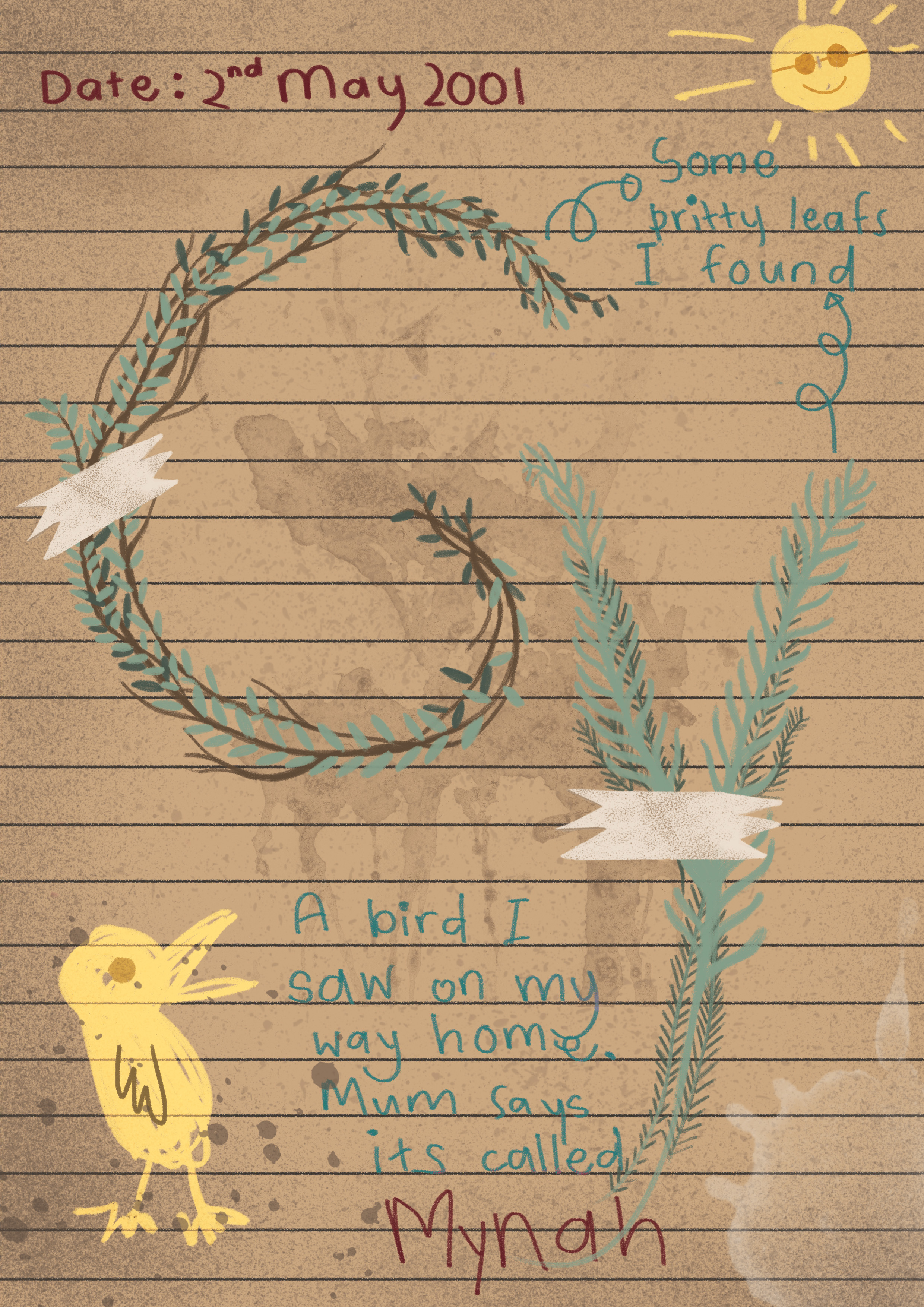 For this, I thought about how explorers usually keep a journal, drawing or collecting whatever they see, and to a kid, it is as simple as that. Hence, I thought making it into a diary form will be a good way to represent it. I decided to add in kiddy drawings and make the handwriting look like it was written by a kid (the trick is to write with the opp hand, which is my left hand). I thought adding the spills and splatters will make it look a little more authentic, knowing how children can be quite messy.

Something that I completely left out during presentation was actually the choice of paper!! I did put thought into it when I went to print. For the explorer composition, I knew that I would get something that was thinner and in the end, I went with a paper that was 140gsm (I think I could have gone a little thinner). I used a 260gsm paper for my kindergarten teacher and astronaut composition because I imagined them both to be thicker. Something about the paper that made it a little faded and I thought it worked well with my concept of it being a little rustic and retro! The one that I was really happy about was the detective composition because I actually used a paper that is slighly embossed and I thought it kinda fit the board game concept.

While doing the project, I did face some challenges

In conclusion, I think this was definitely a really great project to have worked on, something that I have never done before:) Am really happy to see everybody’s work, a product of all the hard work that was put in and enjoyed listening to everybody’s stories 🙂