A ghost girl, Ellie, comes back to roam the neighbourhood every Halloween night but for as long as that day lasts. Growing lonelier and tired each year, her life changes when she meets a little girl on that one Halloween night.

A ghost girl, Ellie comes back once every year on Halloween night. Unknown to her the purpose of what she is doing back on earth, she grows lonelier each year as she sees the lives that could have been hers. However, still playful, she tries to make best use of the time she has on earth. While flying around the neighbourhood, she notices a little girl at the window staring at her and calling her over. Curious, Ellie heads over and her life is changed from that moment on.

A ghost girl Ellie comes back to the neighbourhood every year on Halloween night. However, communicating with her only friend, the moon, she feels increasingly lonely as each year passes and questions her purpose for being brought back to the town yearly. She mingles with the trick or treater children on the streets, wanting to be a part of them, but after each interaction, realizing that she can only be a part of their lives from the outside. Just as she was about to continue down the street, she notices a little girl by the window in the house across the street. She signals to Ellie to come over. Confused and thinking that she was calling someone else around her, she realizes that the little girl is indeed calling for her. She floats over and communicates with the little girl, Dahlia. Dahlia tells her that her dog is dying and wants Ellie to take care of it. However, upon hearing this, Ellie feels the pressure and unwanted responsibility of doing so and rejects Dahlia’s request.

What sets off the events – plot (every Halloween, Ellie returns to the neighbourhood)

Climax – when Ellie refuses Dahlia’s request and Dahlia wants to follow her.

How do we learn about the character :

witness – the times when she is alone after failing to interact with the humans- the idea of loneliness and not being able to physically touch anything in the human world until she finally has contact with the ghost dog.

Testimony – what she says to Dahlia

Arguments – with Ellie and Dahlia 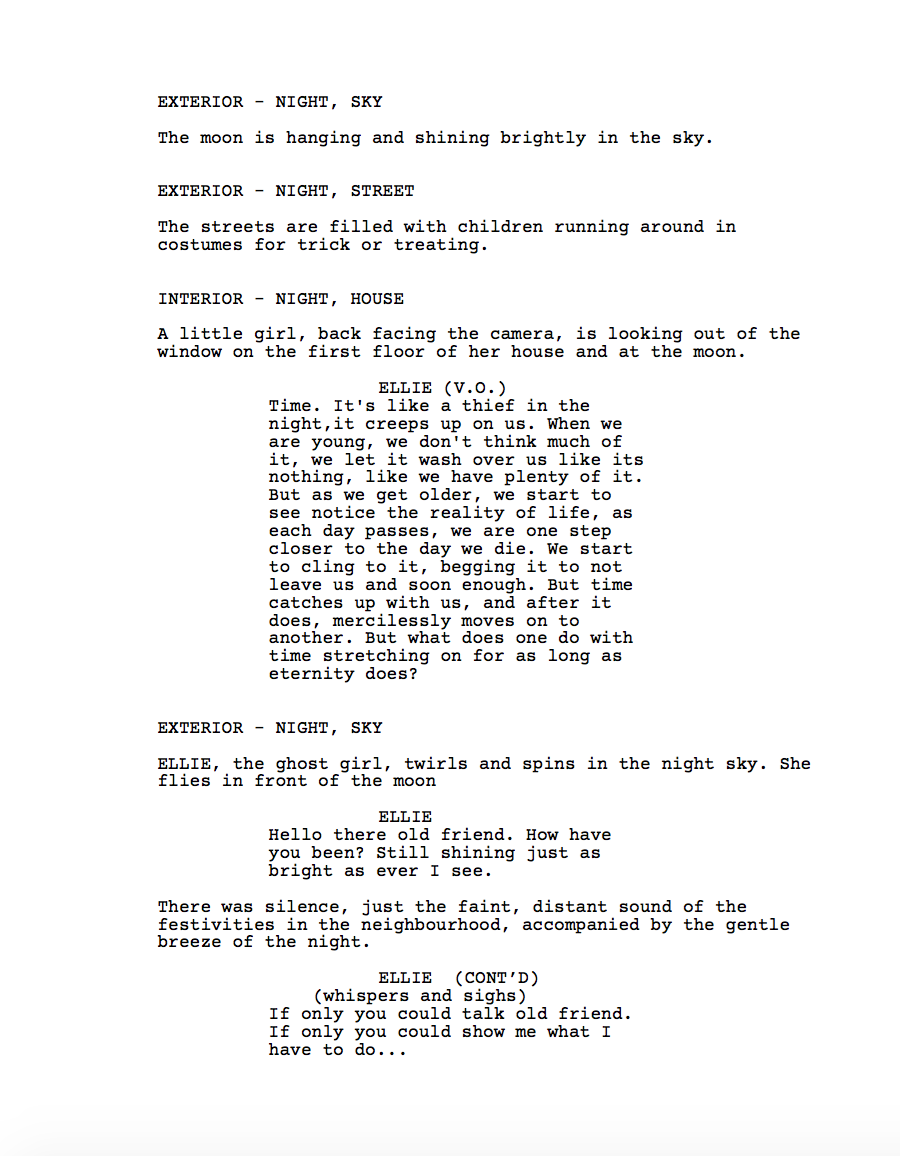 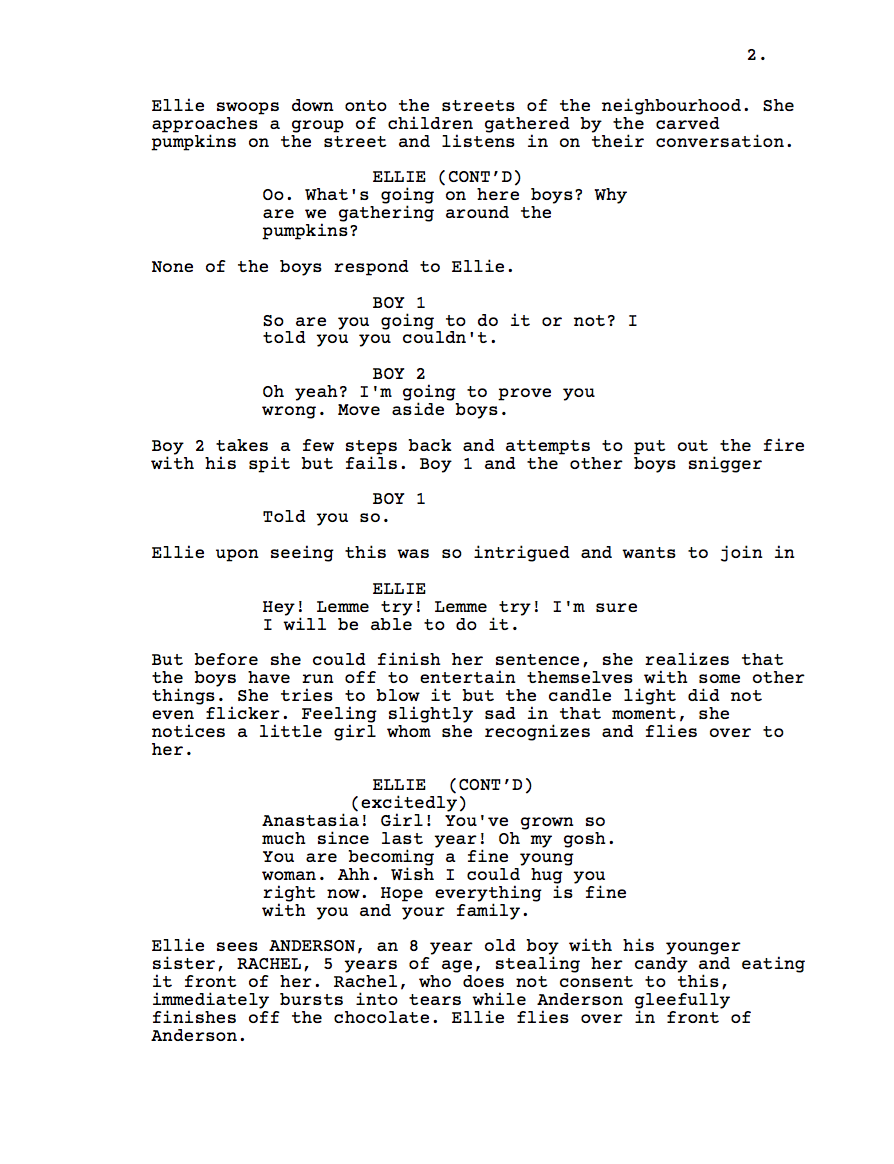 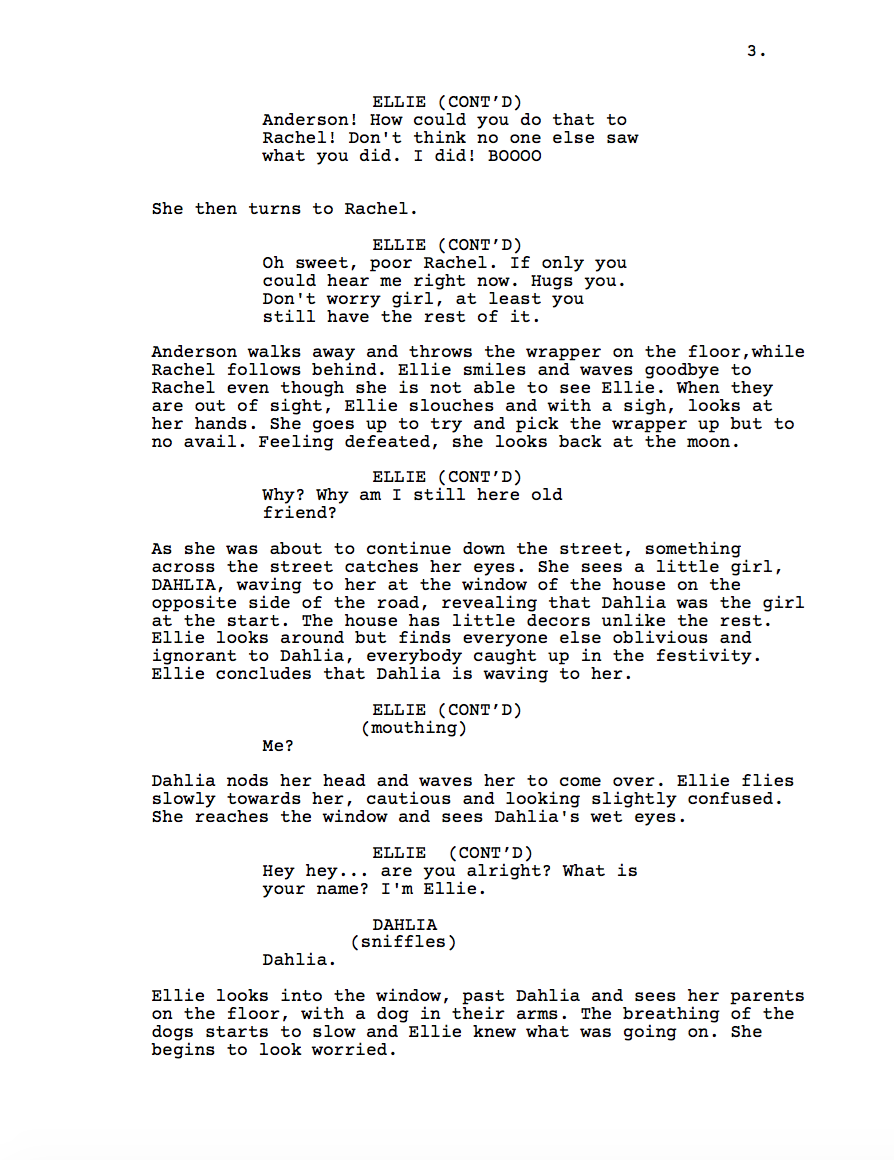 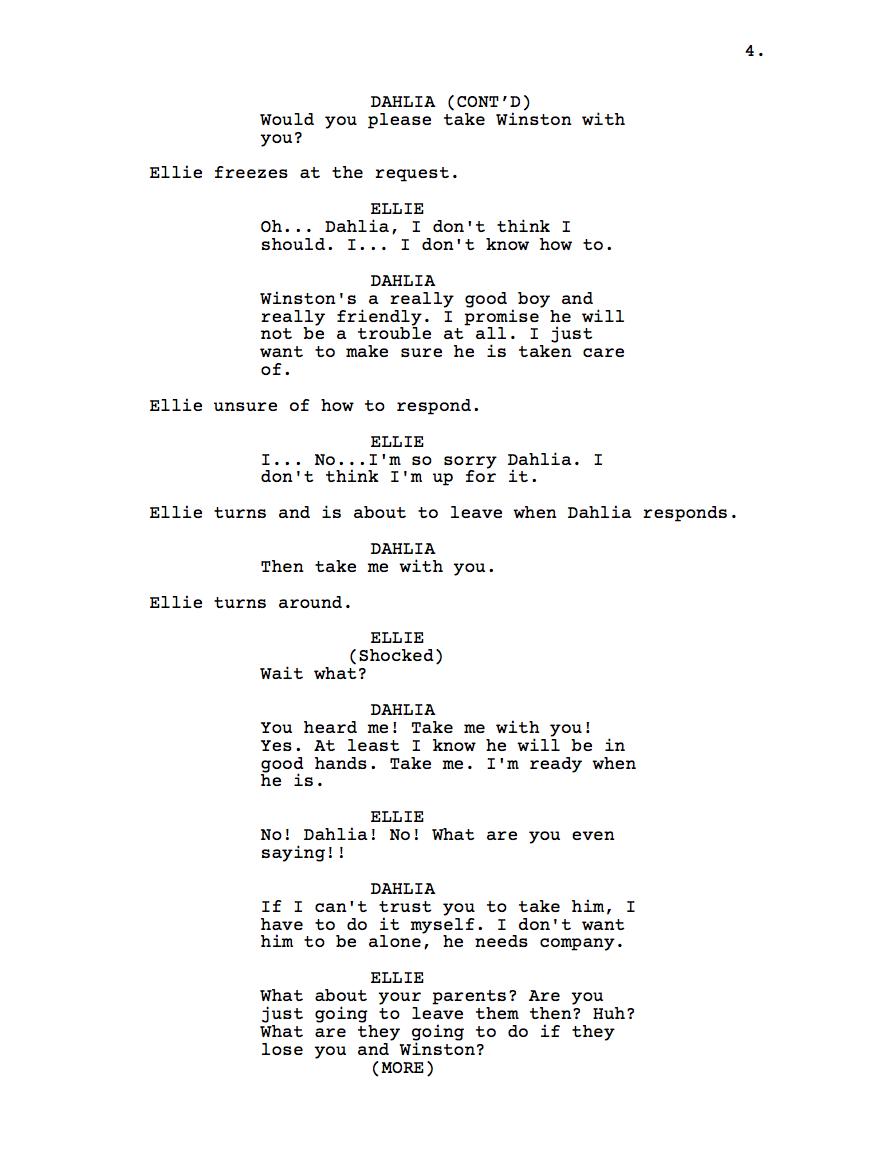 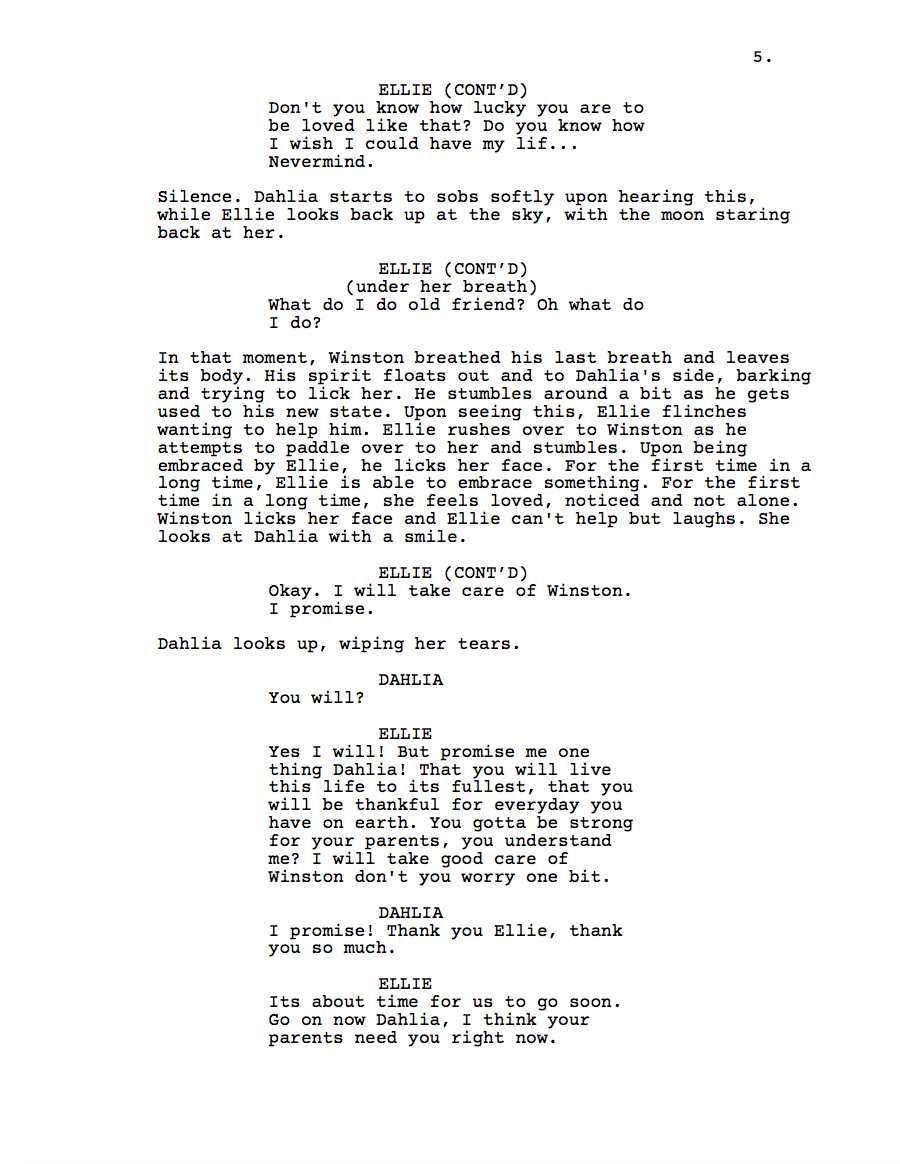 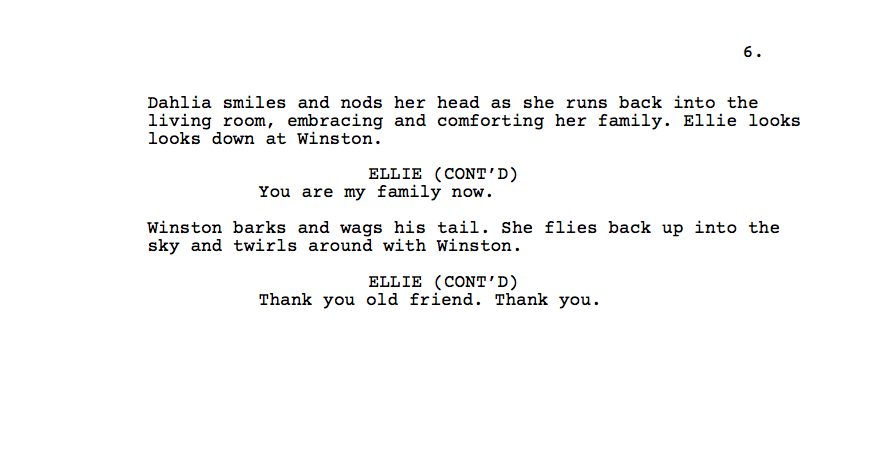 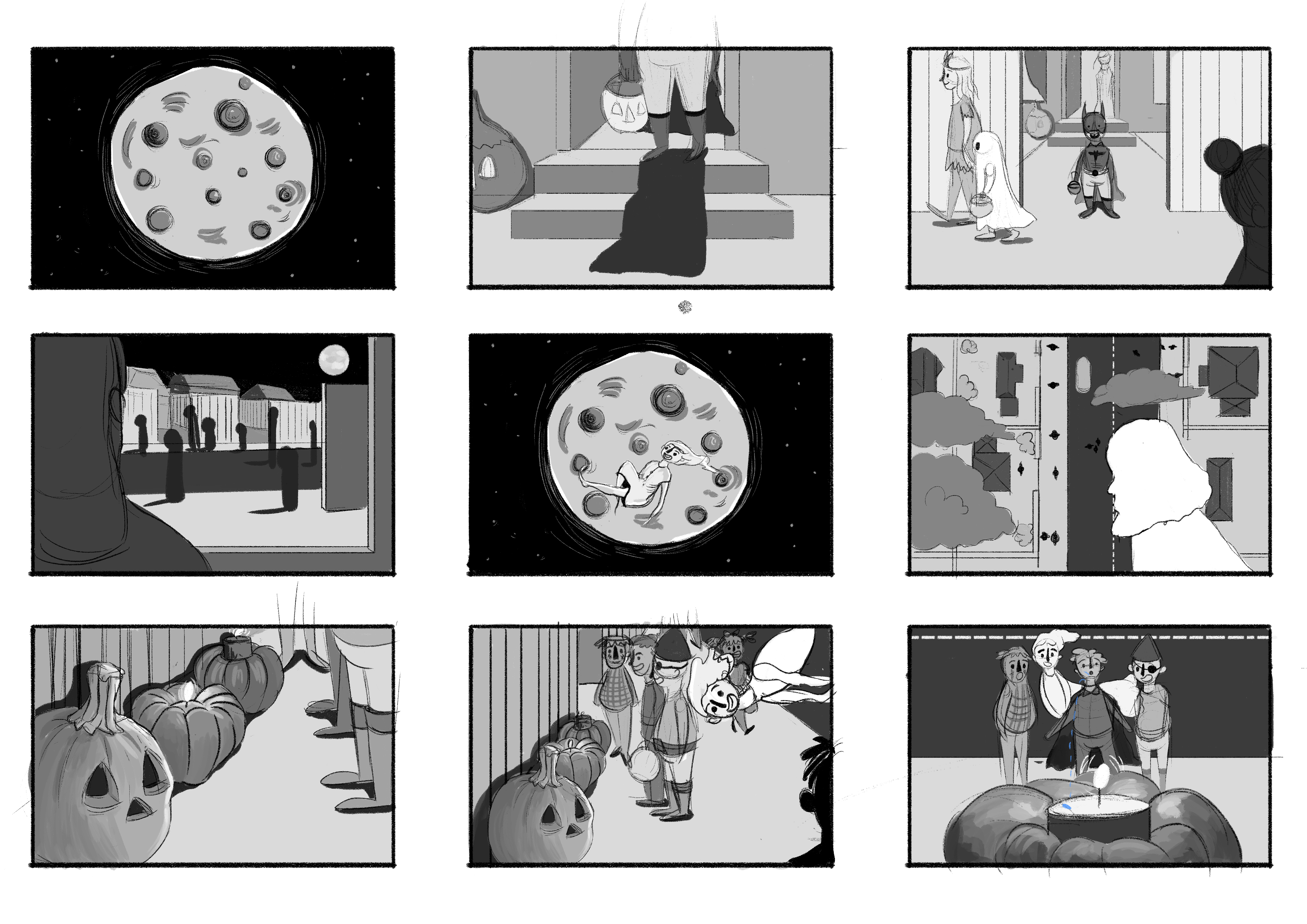 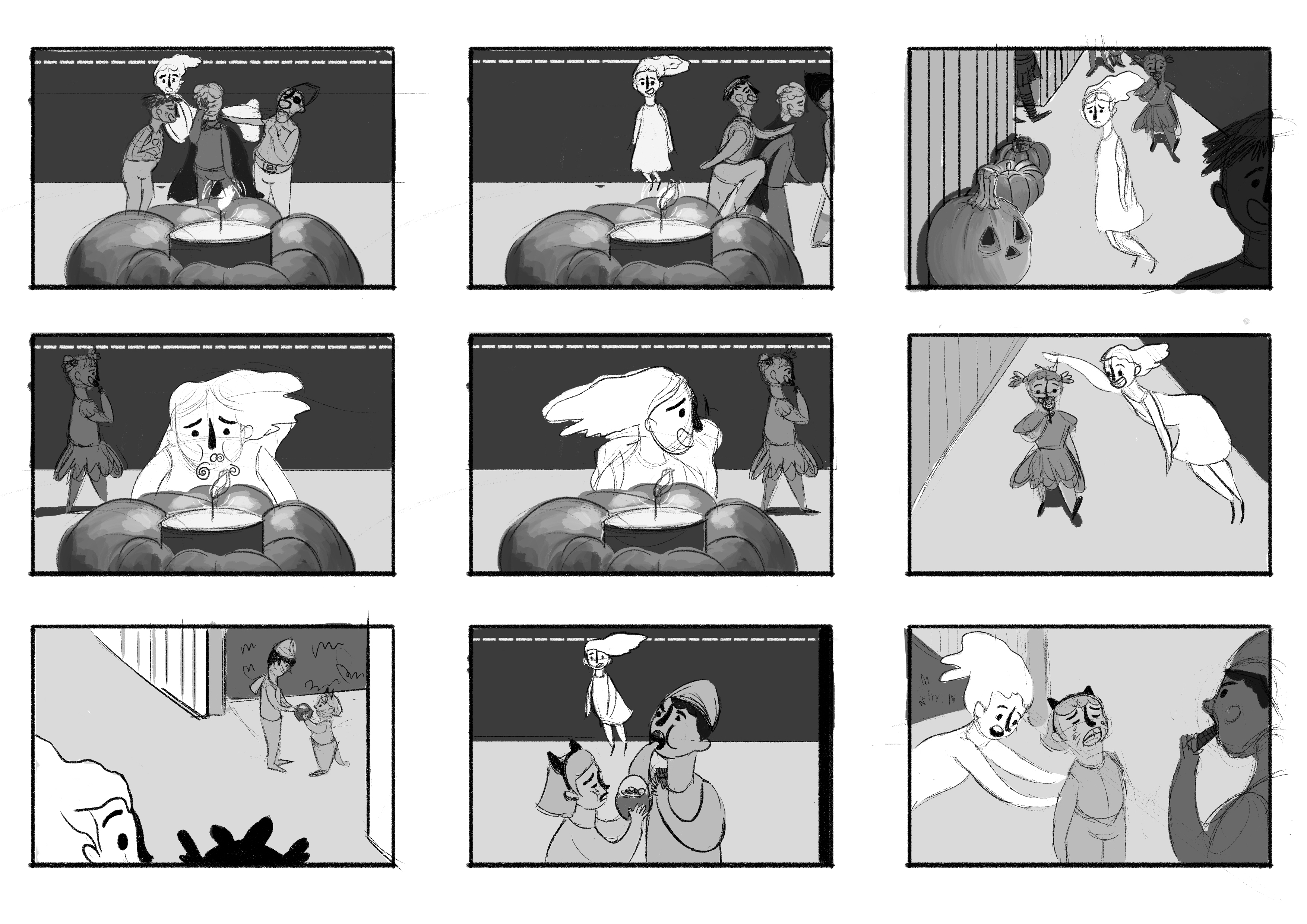 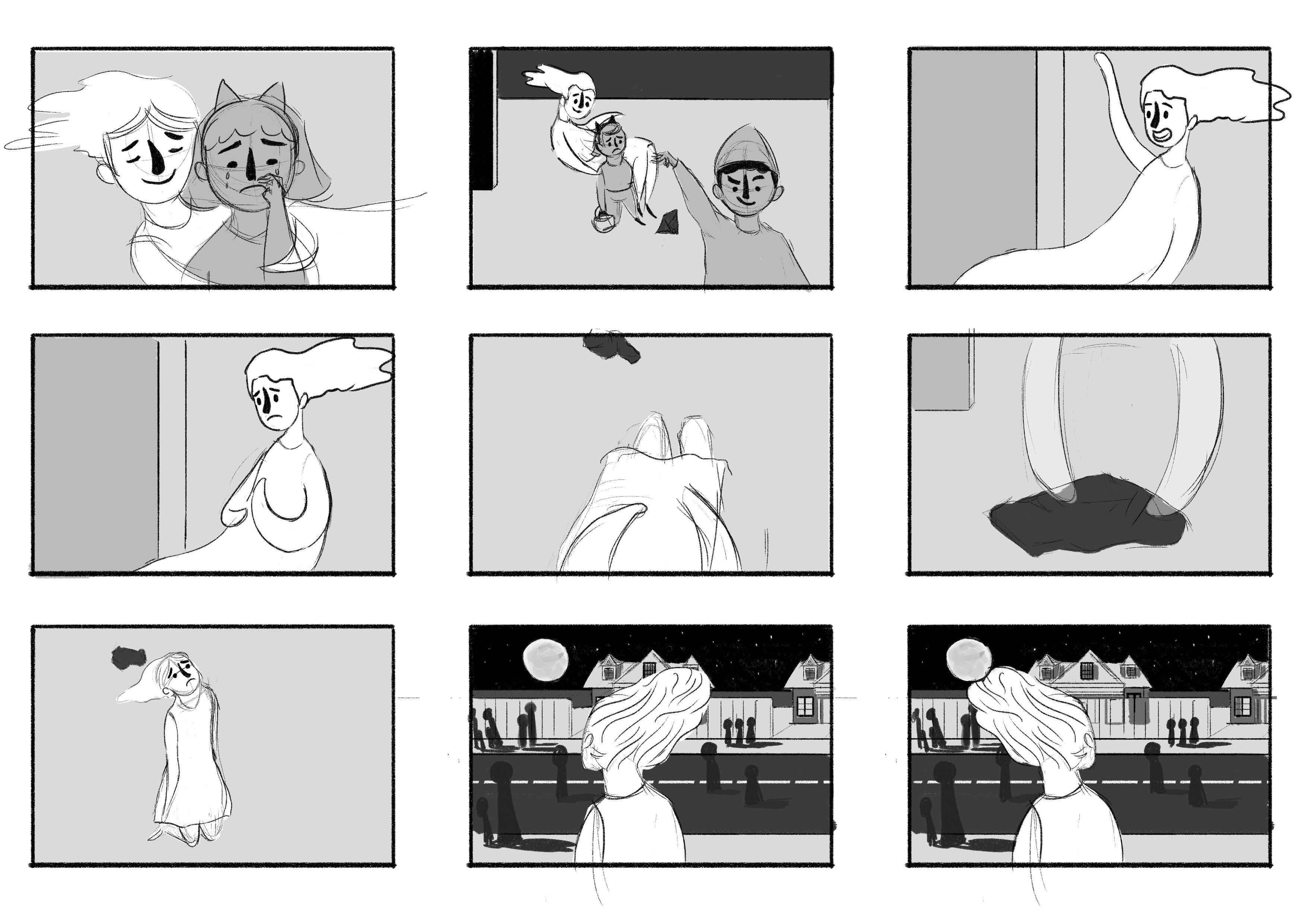 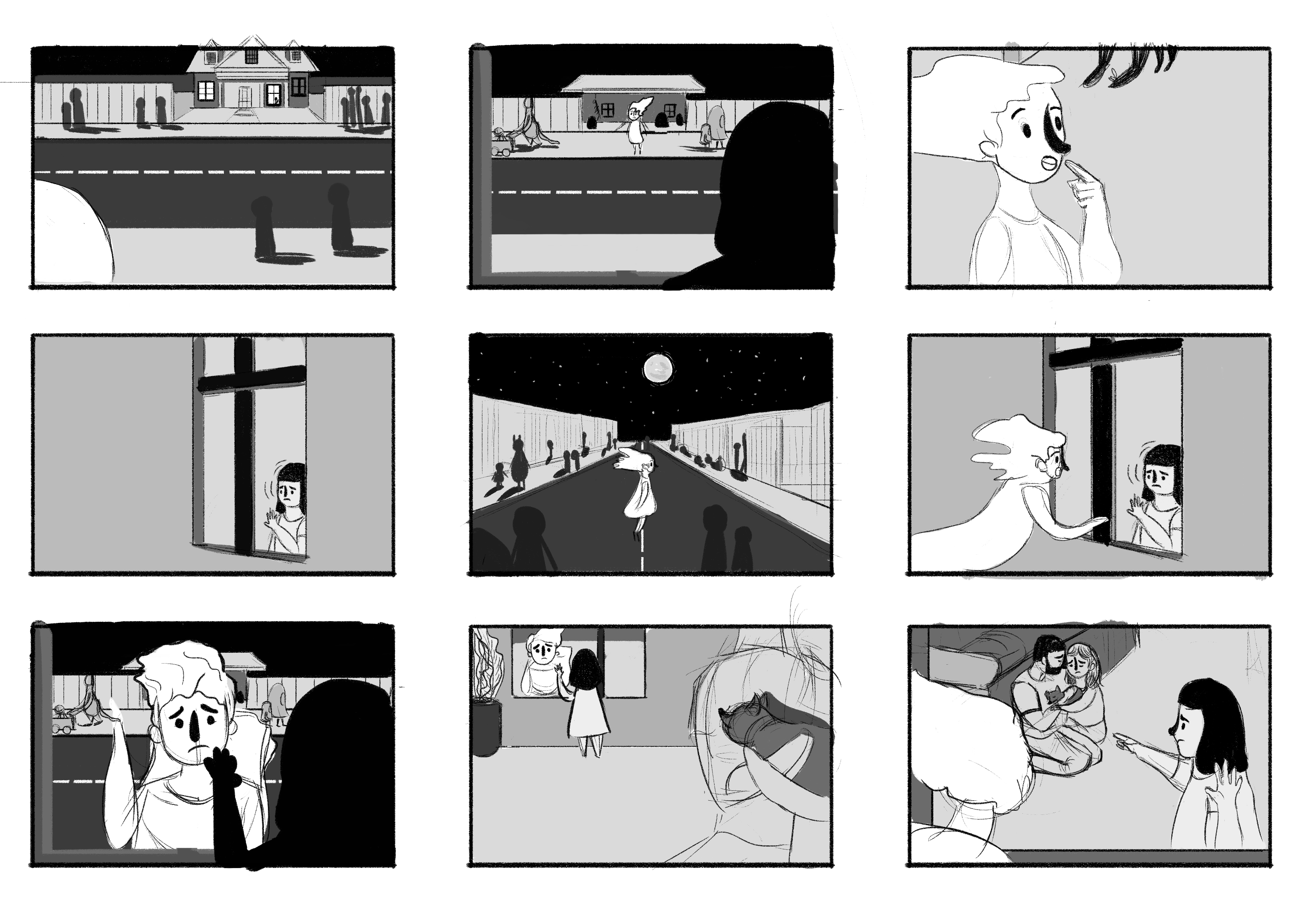 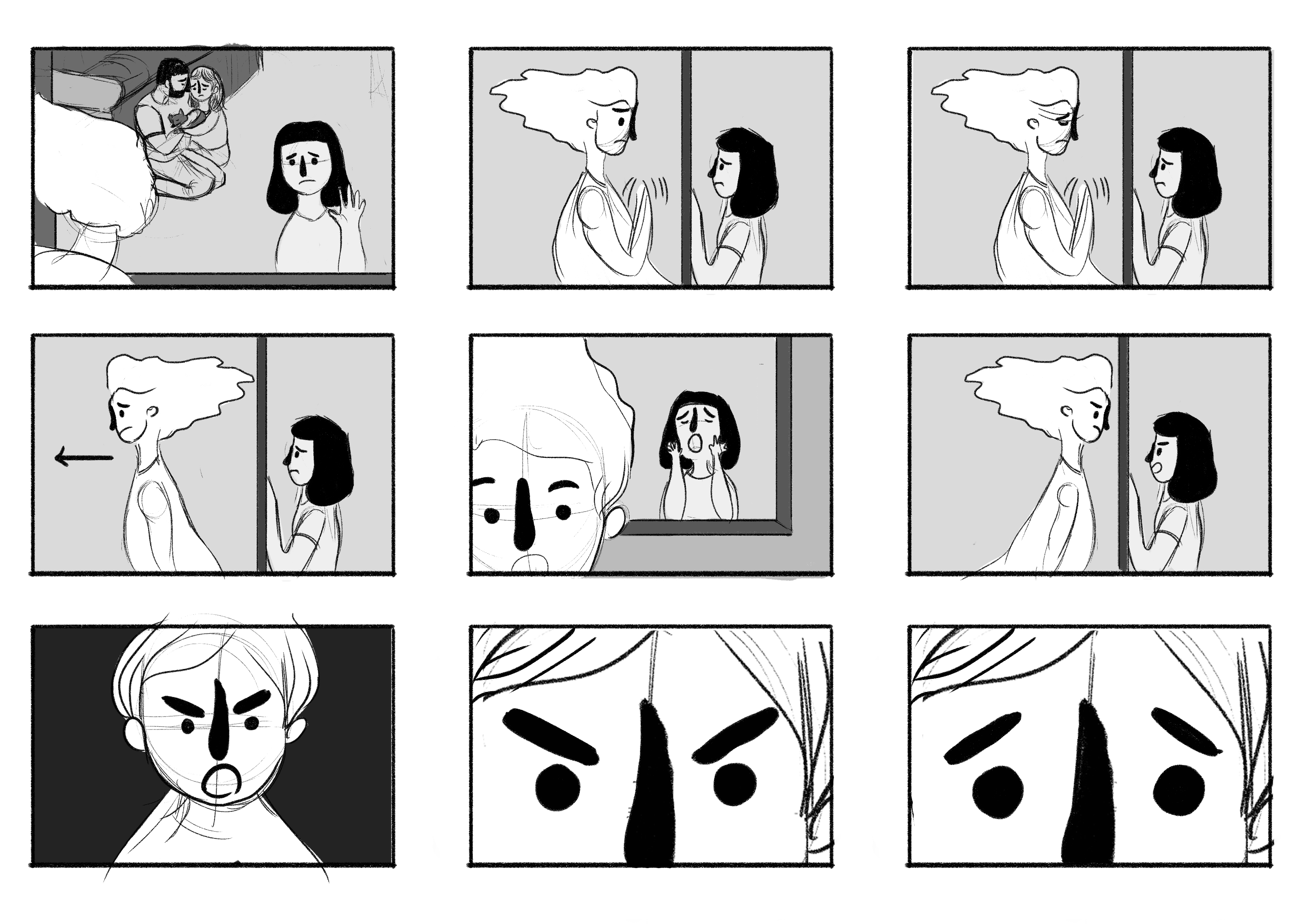 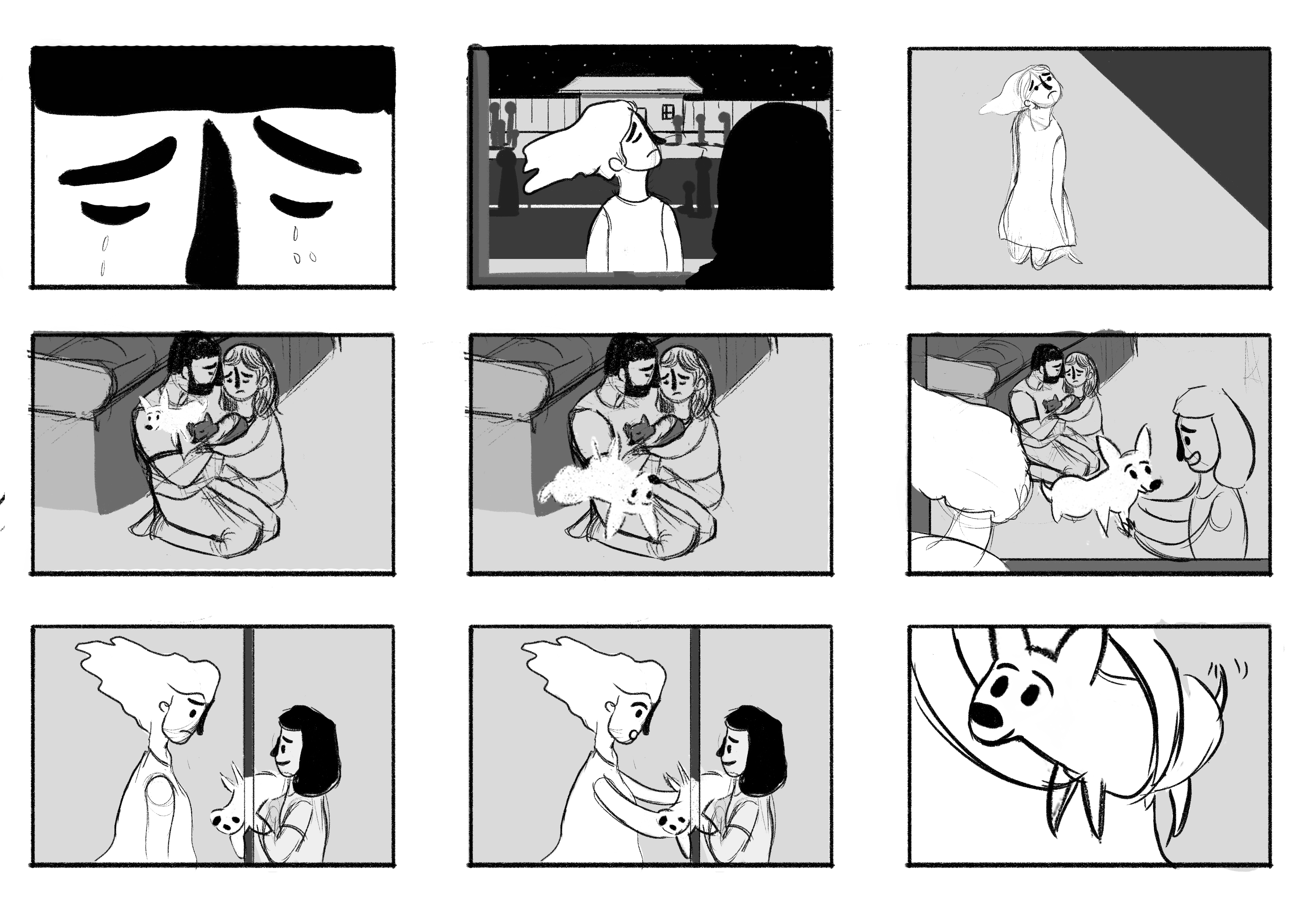 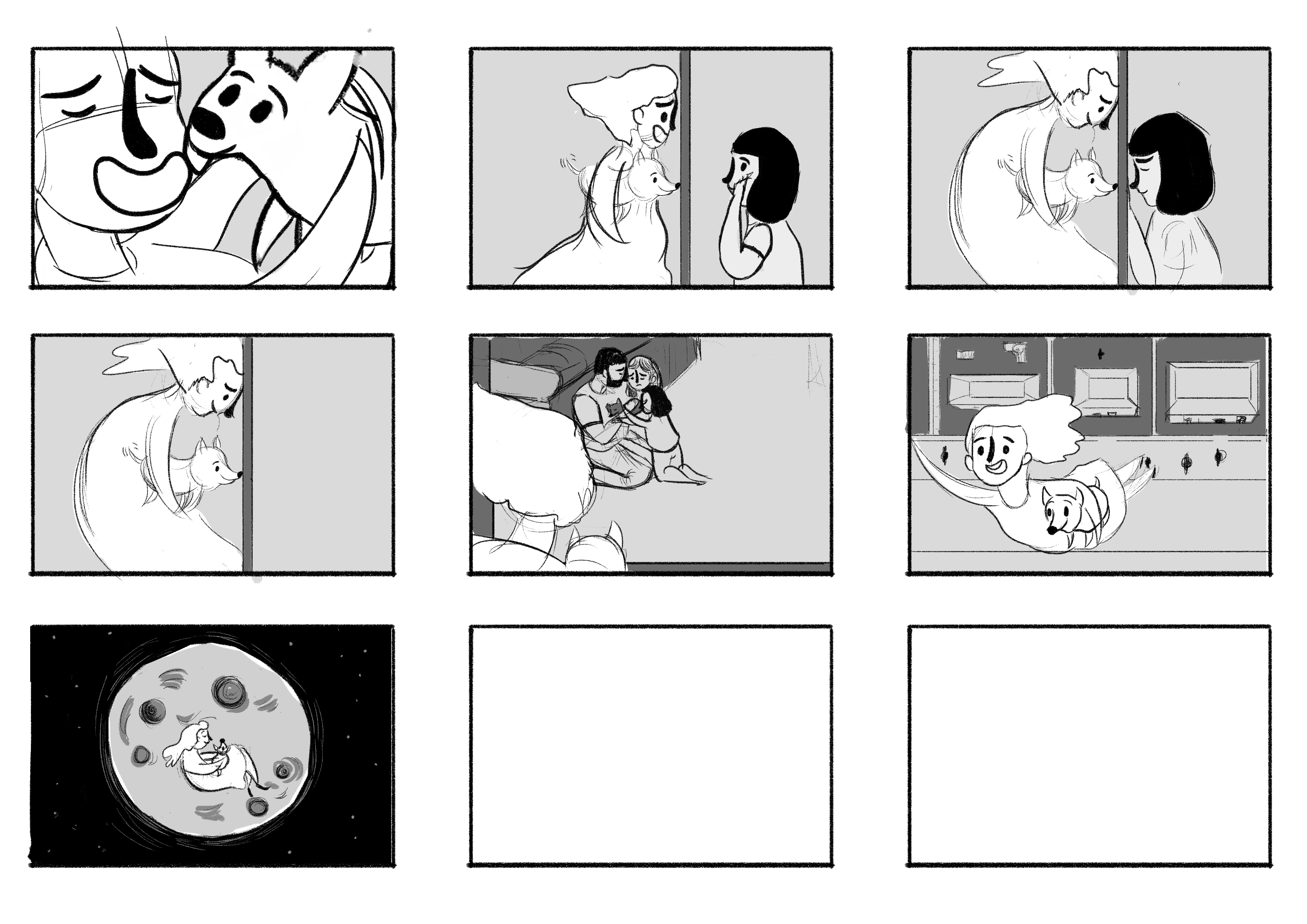