“That night it was different”

A 6 year old boy, is often home alone while his single father is out working. He develops a fear for the dark and what lies in the cupboard. One night as he was dozing off in his bed, he hears the creak of the door opening. Afraid to turn around, he calls out, thinking and hoping that its his dad. Hearing it open even more, he slowly turns to see his cupboard door open. He races to his bedside and finds his torchlight and finally spots a creature tangled in his clothes. They both scream and are startled. However, they both form a bond quickly and their friendship blossoms quickly.

Jennifer, a woman in her 20’s, works as a waitress at a rollerskate diner. Usually juggling between jobs, she works the nightshift at the diner, serving the same few customers throughout the night. She starts to notice a man in his 50s, mellow and quiet, coming into the diner at 11.30pm every night. He goes into the same booth, ordering the same food and almost always, just gazing out the window, as if waiting for somebody. After seeing him do this for about a week, Jennifer decides to approach him one night.

An orphan girl, Ellie longs to be part of a family and longs for an adventure. She spends her free time reading fairytales and dreaming of a life better than this. One day, her baby tooth drops and remembering reading before about a tooth fairy, she decides to put her teeth under her bed. And just as she was about to fall asleep, she hears a tinkle of a sound and sees the tooth fairy in front of her. She reassures the tooth fairy that she does no harm to her as the tooth fairy feels slightly startled at the turn of events. However, a bond between them soon forms as the tooth fairy stays and talks to Ellie.

A ghost comes out every year during Halloween to hang around people even though she can’t be seen. However, she loves feeling of being a part of something and every year, she visits the same area, seeing familiar faces and how everybody has grown or how newcomers have come to live – a one sided friendship. However, on the night of 2017’s Halloween, while playing around with the locals, a little girl in a house catches her eyes as she waves to the ghost girl and calling her over. Feeling a little suspicious but curious, she flies over to the house. Upon doing so, she realizes that the little girl’s parents are gathered by the living room, crying as they hold their dying dog.

I decided to go with story number 4 and proceeded to do a script for it. 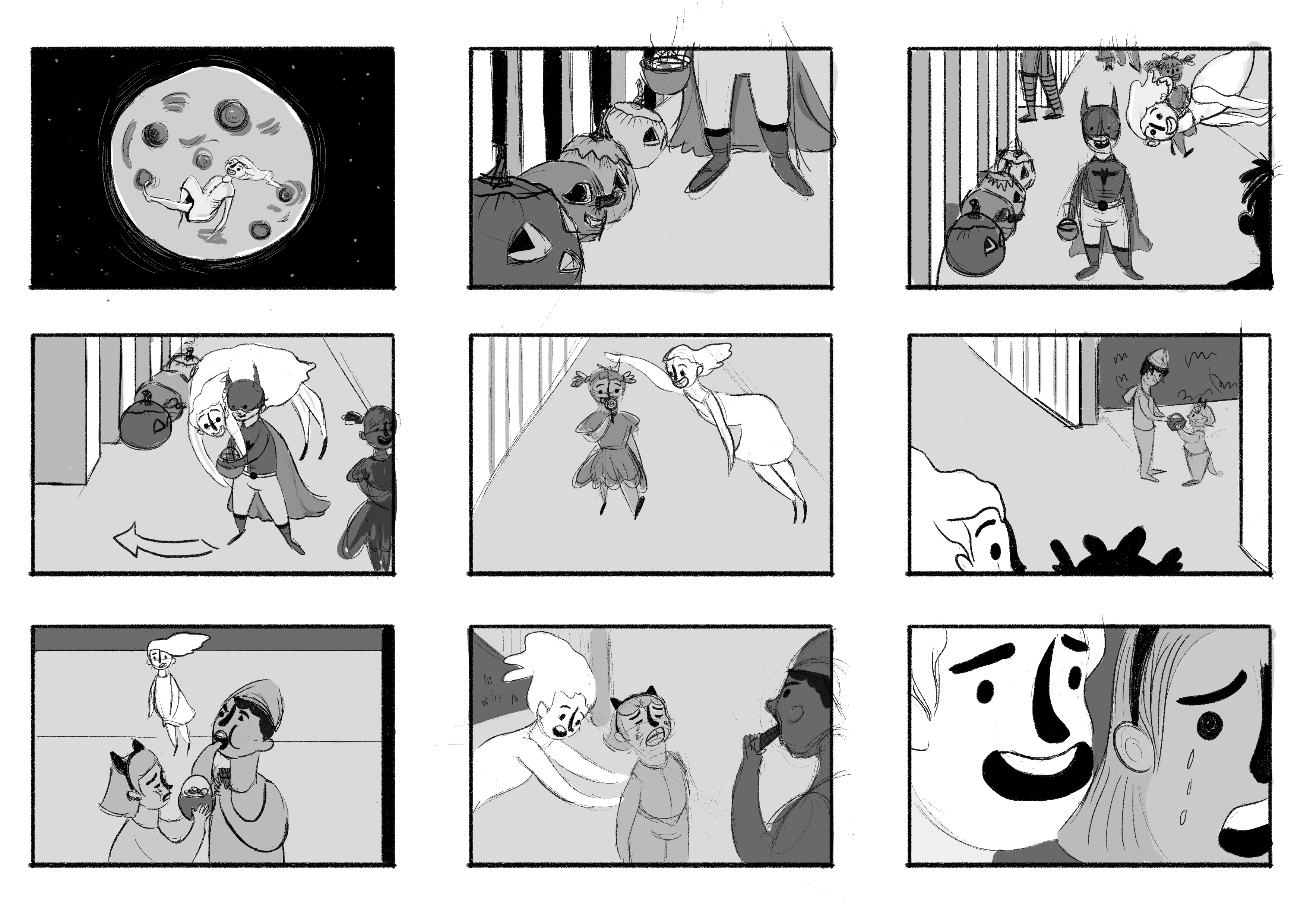 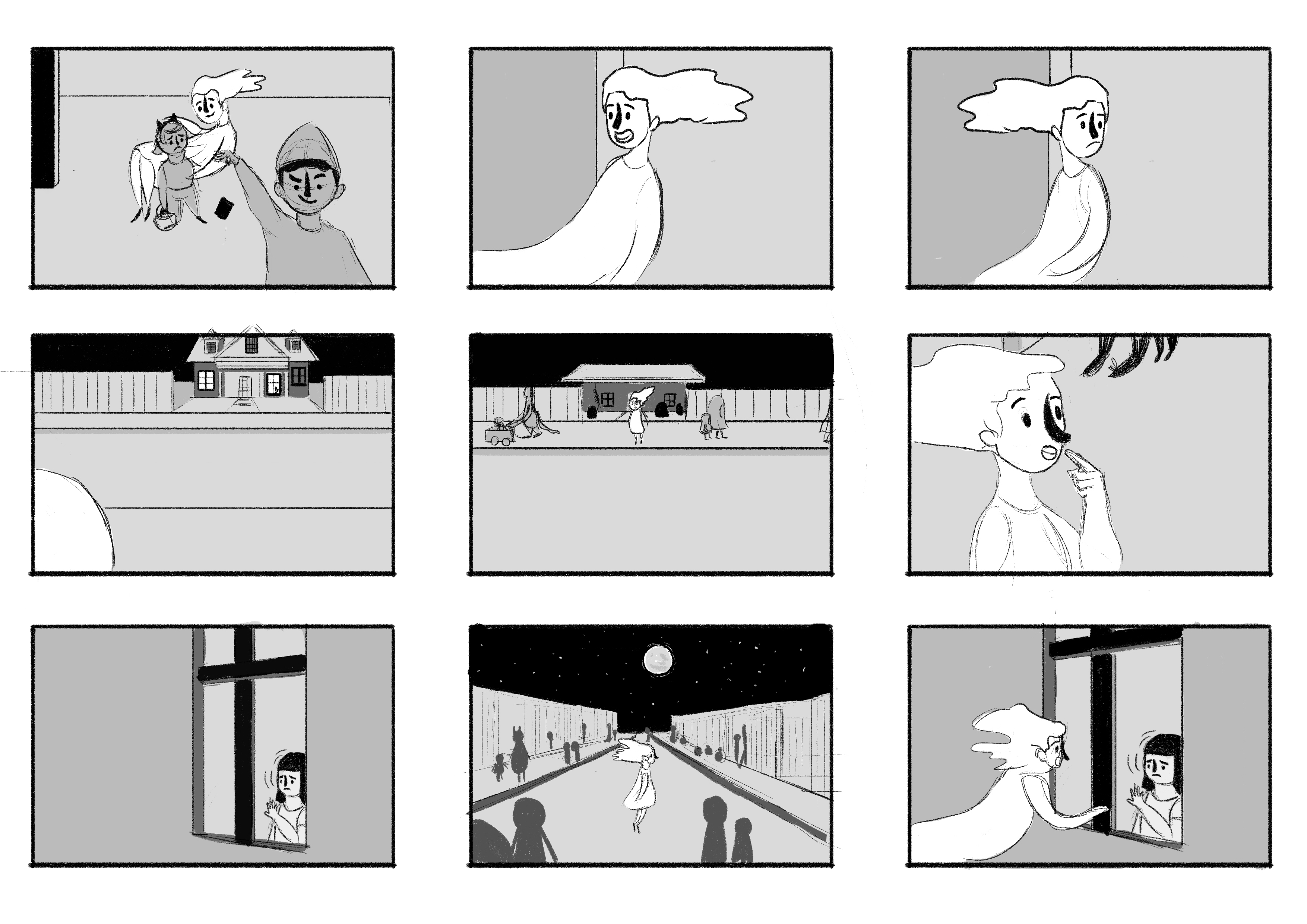 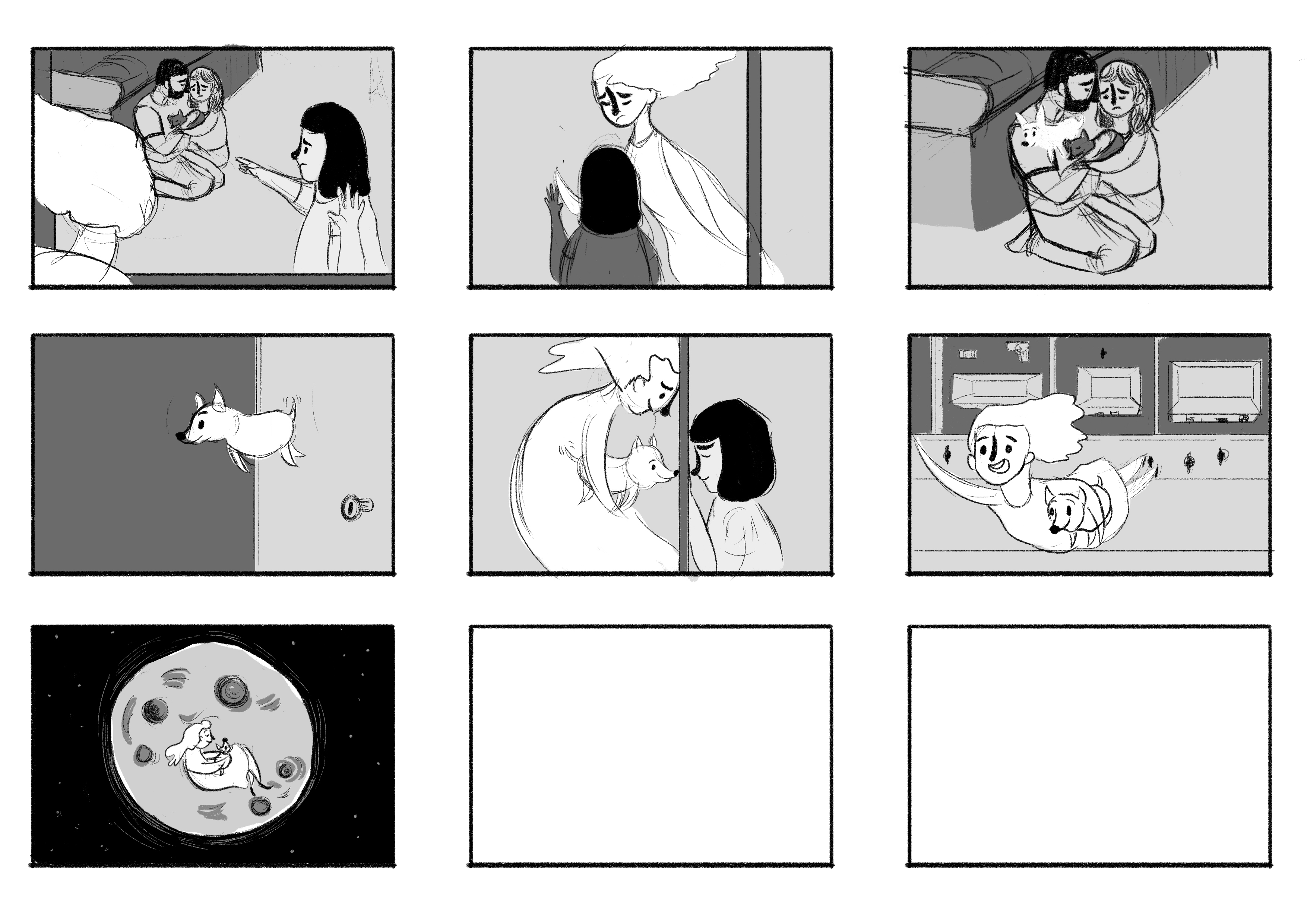