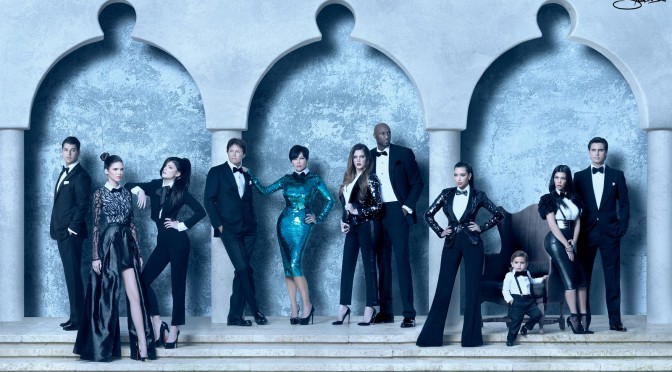 When it comes to family portraits, I always imagine the the awkward posing in front of the camera, the need to wear what and pose  would seem the most picture perfect in that moment to capture the most ‘perfect’ looking family.

The modern day famous family portraits tend to be of celebrity families such as the Kardashians, which have recently gotten a massive spread in Cosmo magazine. They are famous for, honestly, nothing very substantial except for being dysfunctional and rich.

I guess nothing much has changed from the past as most famous family portraits are commissioned by rich patrons as in the past, in order to commission such pieces, I believe, cost a lot of money considering the amount of skill required to capture such detail.

I mean, can you imagine sitting like this for hours on end to be painted? I think that would be pretty funny but also very antagonising. 8) “The British Empire was often described as “the empire on which the Sun never sets” when it was at its peak. This was due to the extensiveness of the empire which stretched across the globe in the form of dominions, colonies, protectorates, and various other territories under British rule.

In this exhibit, we will be looking at the art pieces that have emerged from the British colonies in Asia during the 19th Century, and how the art pieces reflect the colonial rule and influence during this time.

At the beginning of the British expansion into Asia, the British were faced with immense odds, arriving in Asia much later than the other European powers such as the Portuguese and the Dutch. However, this did not stop them from claiming territories as their own, including taking over other European colonies. The East India Company that settled in India had trouble finding its footing, due to an already well established Dutch East India Trading Company. However in 1757, the British East Indian Company had dominions in India surrendered to them, establishing a strong British presence in India.

The British continued expanding their trade routes and their empire by going further east, eventually arriving in Burma. At the end of the first Anglo-Burmese War in 1826, which ended with British victors, the British were ceded several Burmese territories, and by 1885, the British gained full control of all Burmese territories and made Burma a Province of British India.

Sir Stamford Raffles arrived in Singapore in 1819, and on behalf of the British East India Company, developed the southern part of Singapore as a British trading post. However in 1824, the entire island of Singapore became a British possession, eventually becoming part of the Straits Settlements in 1826.

After establishing British Malaya, Britain had access to the Straits of Malacca, a maritime gateway to China. While initially just being a trading port, after the mass destruction of over 20,000 chests of opium, the First Opium War was declared by the British. After several Chinese defeats, the British occupied Hong Kong Island in 1841.”