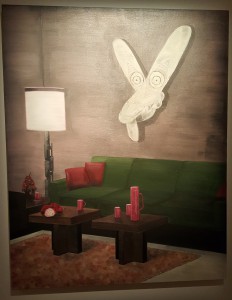 My first impressions of this work were how in the midst of a modern-looking living room, tribal-looking masks, weapons and items had both a aesthetic synergy with the painting, yet were distinct enough that they contrasted with the rest of the images as much as they added character to them.

The images also seemed slightly absurd, especially the ones with masks – almost comical. I felt that this was intentional to question if tribal items were being reduced to a form of wealthy entertainment, but mostly I identified it also helped them to stand out from the rest of the room; without their absurdity, they would have easily blended into the background.

For me, this series was very thought-provoking, as before reading the description I sensed it was about either the exotification of tribal customs and culture in the modern world as simply art to be hanged on a wall, or about how the customs of the old world still have an influence on today’s culture, albeit in an evolved fashion.

Upon reading the description, I found that the artwork straddles the two in a very inquisitive way; the Old World objects question whether they have been reduced to collectible status in modern day society, if they have simply become rich men’s toys, while at the same time are meant to let us question if they still have power and influence over modern culture; the objects’ blending into the lounges while still exuding a level of uniqueness over everything else begs the question – are they a subject of the room, or the dominating centrepiece? 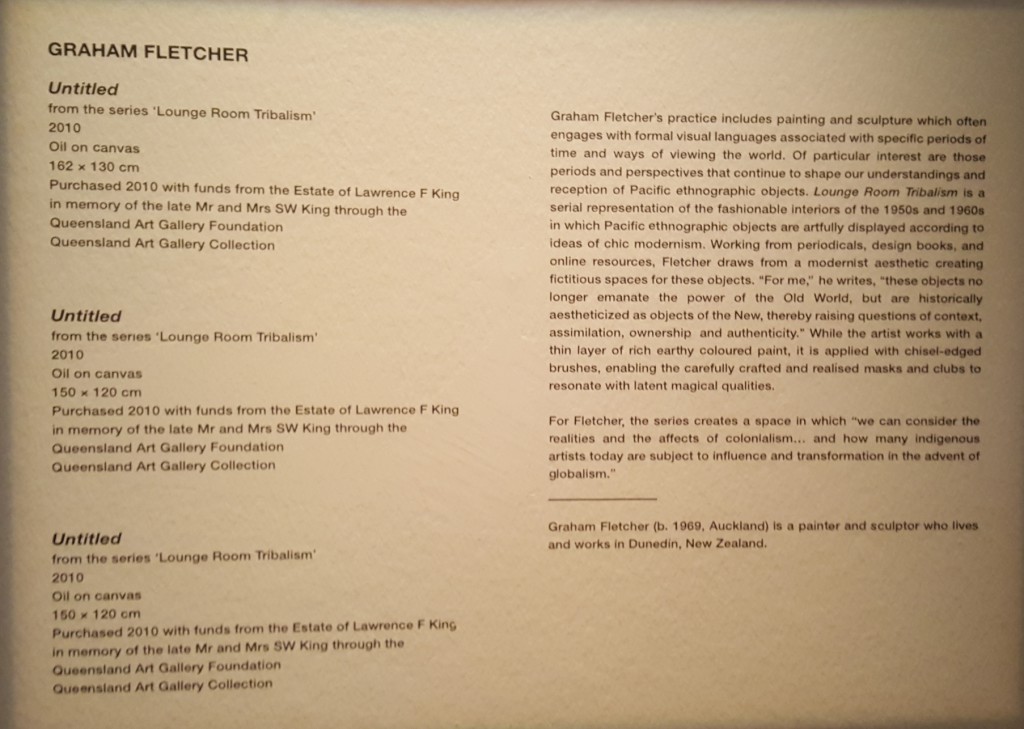 My initial impressions were trying to find out what the images were trying to show – and indeed, at first it was not apparent that the subjects across all 5 images were the Shinto Shrines. They were all either hidden behind heavy vegetation, blending in with the rest of the urban environment or diminished in size and easy to miss.

The question that came to mind when realizing that they were Shinto shrines was – why were they in such a state of disrepair or abandonment? The inclusion of jungle vegetation suggested that these were not in mainland Japan – and the fact that people were sitting on one as a bench further betrayed that these were likely Shinto shrines built overseas.

The description confirmed my suspicions – that these were Japanese Occupation-Era shrines built in both the aim of eternal life, as well as maintaining dominance of culture and religion – and at the same time, they were built because the Japanese had intended to stay in Southeast Asia as a colonial master. The irony would be that they have remained, but not as a symbol of power, but as relics.

It is also interesting to note how the torii have become absorbed into their environment over time in unique ways – Taiwanese using it as a seat oblivious of its true nature/in defiance, or swallowed by the jungle. In this way, it raises questions about the shrines – have they achieved their goal of local subversion, or have the localities subverted it? The fluidity and two-way nature of the cultural subversion, paired with inherent ironies, made this the most compelling exhibit for me. 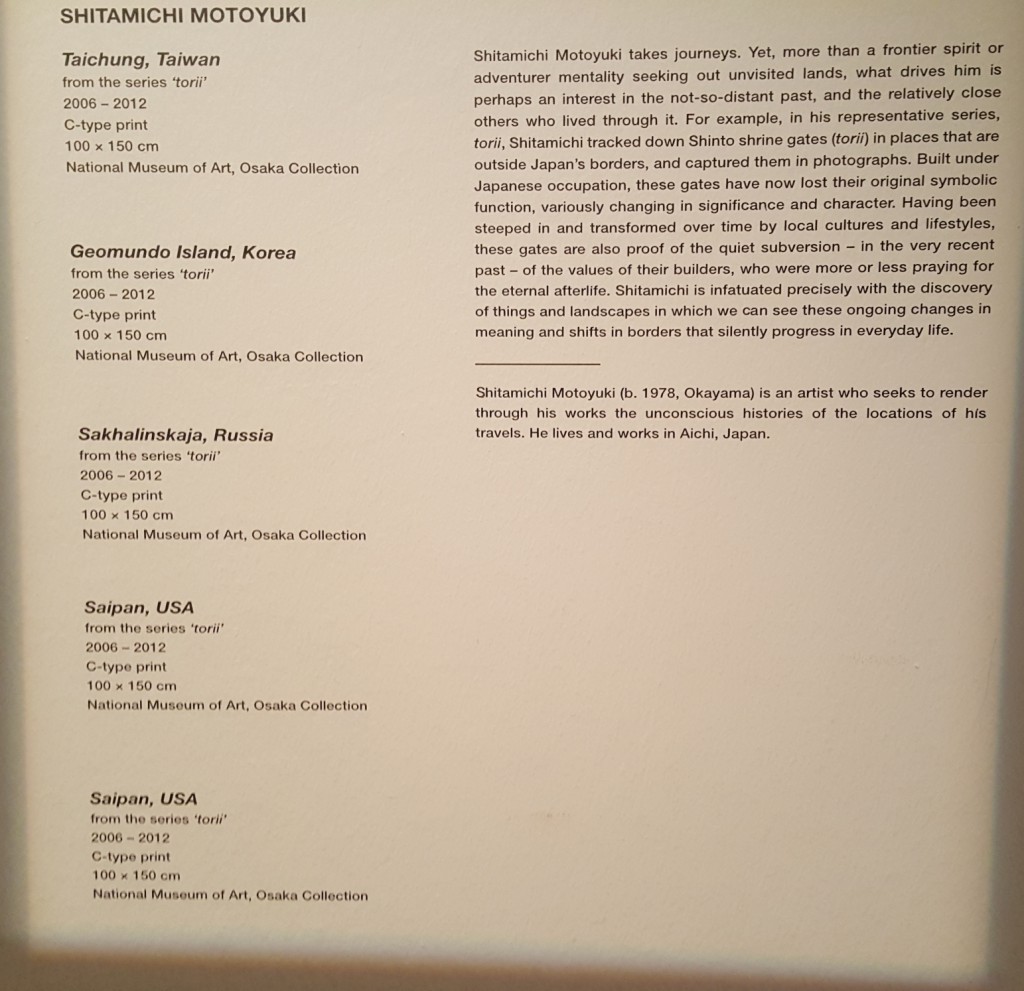 One thought on “SAM JAM”