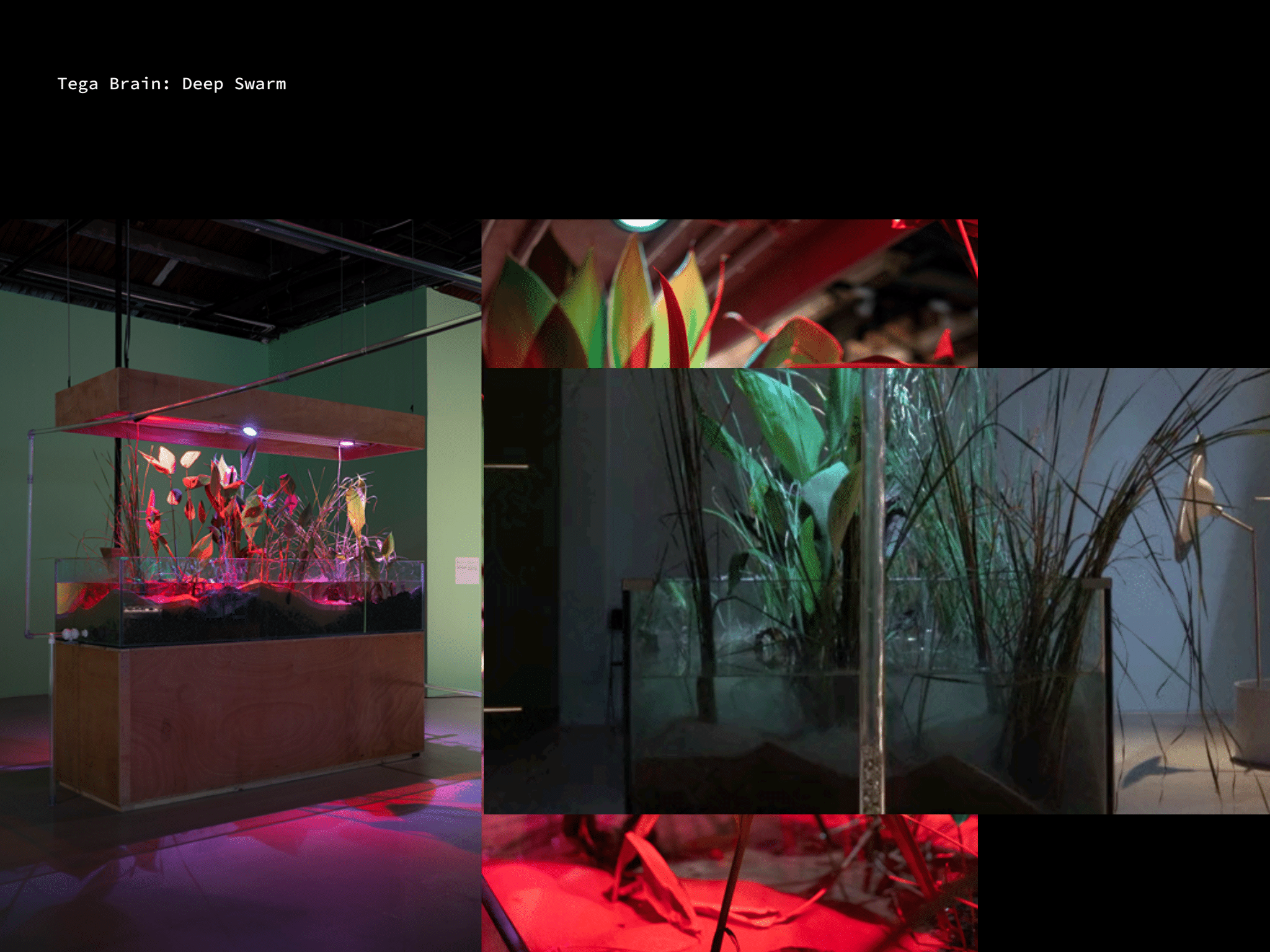 Bin’s introduction of art in relation to Artificial Intelligence was engaging and eye-opening. I found this especially so when he introduced the notion of Western vs Eastern treatment and sentiment of AI.

A work that caught my attention was Deep Swarm by Tega Brain: an autonomous living environment that has sensors to check the plants within the environment constantly. The environment would check in on the well-being of the plants and adjust lighting and water and more accordingly. Deep swarm posed the question: could a deep-learning system sustain the autonomy of nonhuman ecological processes at designated sites without human interventions?

I had my own questions: how did the plants do under so much care? Surely, organisms that have evolved to adapt to their environments would not need such detailed care. Did they die? Did they flourish? or did they grow in perfect conditions to be evolutionary weak plants?

I think that this question can be posed throughout art and AI; would an artwork created by a perfect algorithm be a perfect work of art? The role of an artist is now challenged even more now than when it was during the rise of technology. Artists versus the camera, artists versus film. But as always, I believe that art and its makers find its way to relevance and take on the medium posed.

At this point, artists like Tega Brain, Bin and Yuri Suzuki have been integrating AI into their pieces. Because AI is still growing and at times unreliable or imperfect, it is easy for an artist to still “over-power” it with human intellect. However, the potential that AI has is immeasurable as a machine mind and could possibly, eventually create better artworks than humans can.

The claim that a machine can never be human is suddenly challenged. AI builds and harvests knowledge fed to it by humans. At what point will AI take over us not only pragmatically, but creatively as well? I am interested to see that day.