This is where it came about. My idea for Project 3. 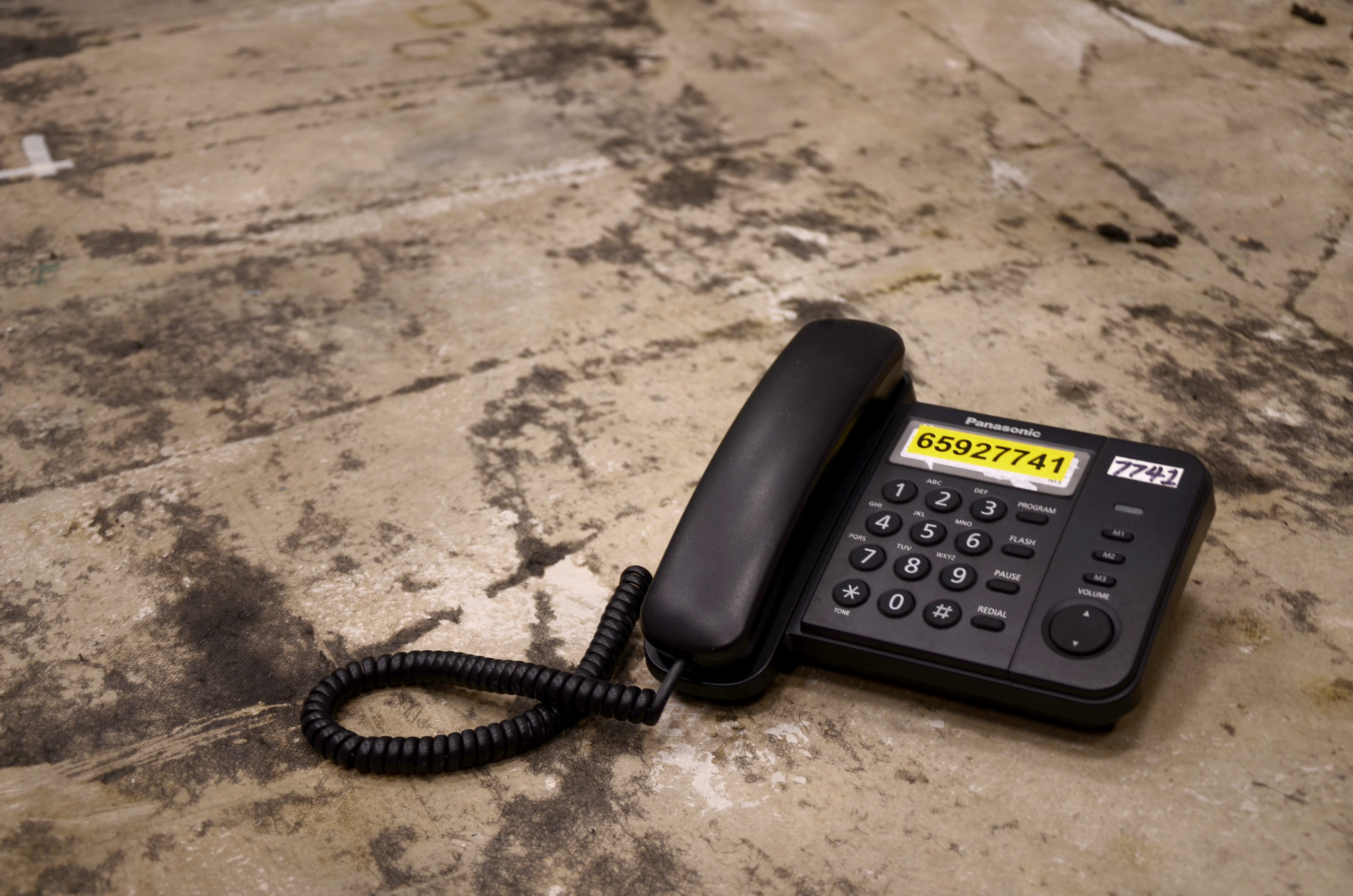 At first, I thought of continuing the topic of belonging. When I was looking for a place for my installation, I found an empty room that seemed to be quite abandoned. I thought that it would be perfect for my topic – the idea of feeling abandoned and hence one starts to question where she belongs. But I sat and absorbed the stillness of the room and saw the phone beside me. The phone reminded me of how sometimes we’d want to reach out to others when we feel distressed and empty.

With that, a little story popped into my head. It was as though someone just moved out and left the room in shackles (sort of). Or perhaps even vice versa, wherein the persona had just moved in and couldn’t seem to feel settled in her new home, which is seen in how worn out the place looks, there’s no cosy and comforting feeling in the room. And because of this, the persona misses her old friends from her old place, longing to reconnect with old loved ones to feel cosy once again.

Through this, came the thought of missing someone. How we’d long to reconnect with people though time and distance may not permit us to do so. 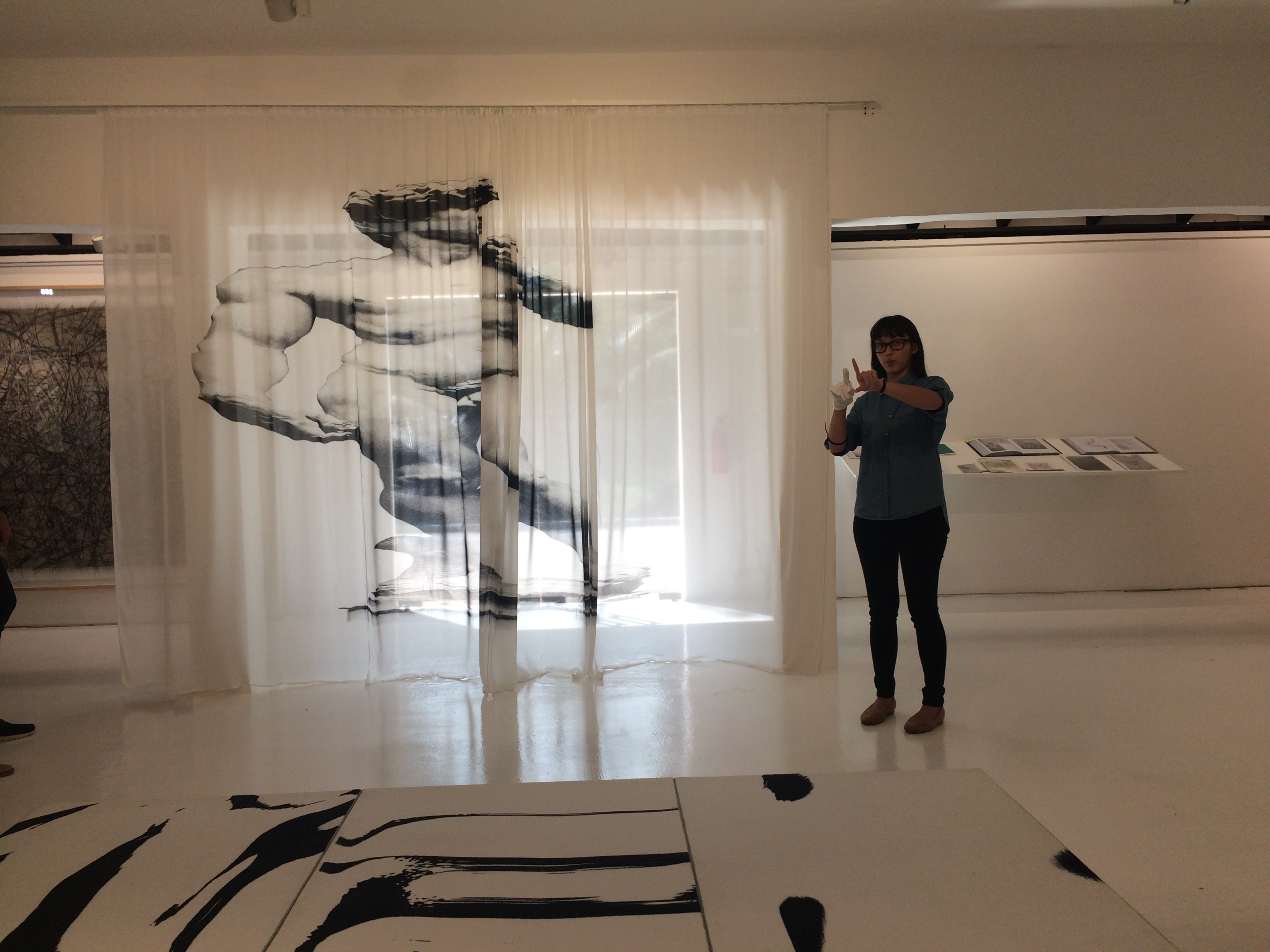 Xue Mu‘s use of a curtain was fascinating, as it offered a delicate touch to her work, which inspired me to display my video on cloth rather than solid wall.

Moving on from Xue Mu, I researched for more video art that was projected unto cloth. Pascal Gaudefroy‘s work intrigued me as it made me feel quite solemn despite having a simple composition and minimal actions within the video.

Personally, video calls would be the ideal way for me to catch up with others, apart from messaging each other, though busyness and time difference make things difficult. Incorporating my own experiences in the topic of missing others, I thought of adding boxes in the installation to highlight my vagabond upbringing which caused me to miss many people growing up. Additionally, moving only slightly away from my previous topic, I decided to bring in the essence of having a home as well. With this, I wanted to display the idea of a person who hasn’t unpacked and is still unsettled, as she still clings on to the people who have become her home. This also supports the story that I had envisioned earlier on.

And so here’s my portrayal of what I long for or what I wish I could do when I miss those special people in my life.

Essentially, the concept would emphasize on the notion of what you see isn’t what you get – what we long for may not always be what we are able to attain.

Making of the Video Call

Initially, I aimed to have a friend of mine to act in the video – as though she is talking to someone over the Internet. However, problems with camera space and time, being that everyone was busy with their own final submissions, disabled me to have her act. (My baddddd)

Because of this, I had to act in front of the camera. The funny part is that I thought of making a long video at first, and so I wanted to have the persona speak to the camera for about 12-15 minutes. Being that this is a solo project, I basically filmed myself by myself talking to myself… and one of my outtakes were about 12 minutes long. So yea, I guess drama club exercises in primary school has its perks? :’)

Glitches were imperative for the video, as well as the display of video lag, being that it’s what I always experienced when I’d have a video call with my friends. Apart from that, there’s a sense of disruption that aims to make the viewer feel uneasy, especially as he/she tries to connect with the persona in the video. Hence, many nested sequences were created in the process of making the video to create disruptions and glitches in the video.

Minimal sounds were added to add to the sophistication of the piece. Only the sounds of phone calls, the keyboard, or the clock ticking could be heard and were arranged in a way that aims to make the viewer feel empty or a sense of melancholy while listening to the contrast of what they see – a happy girl chatting with the viewer.

Ideal Layout of the Video Installation 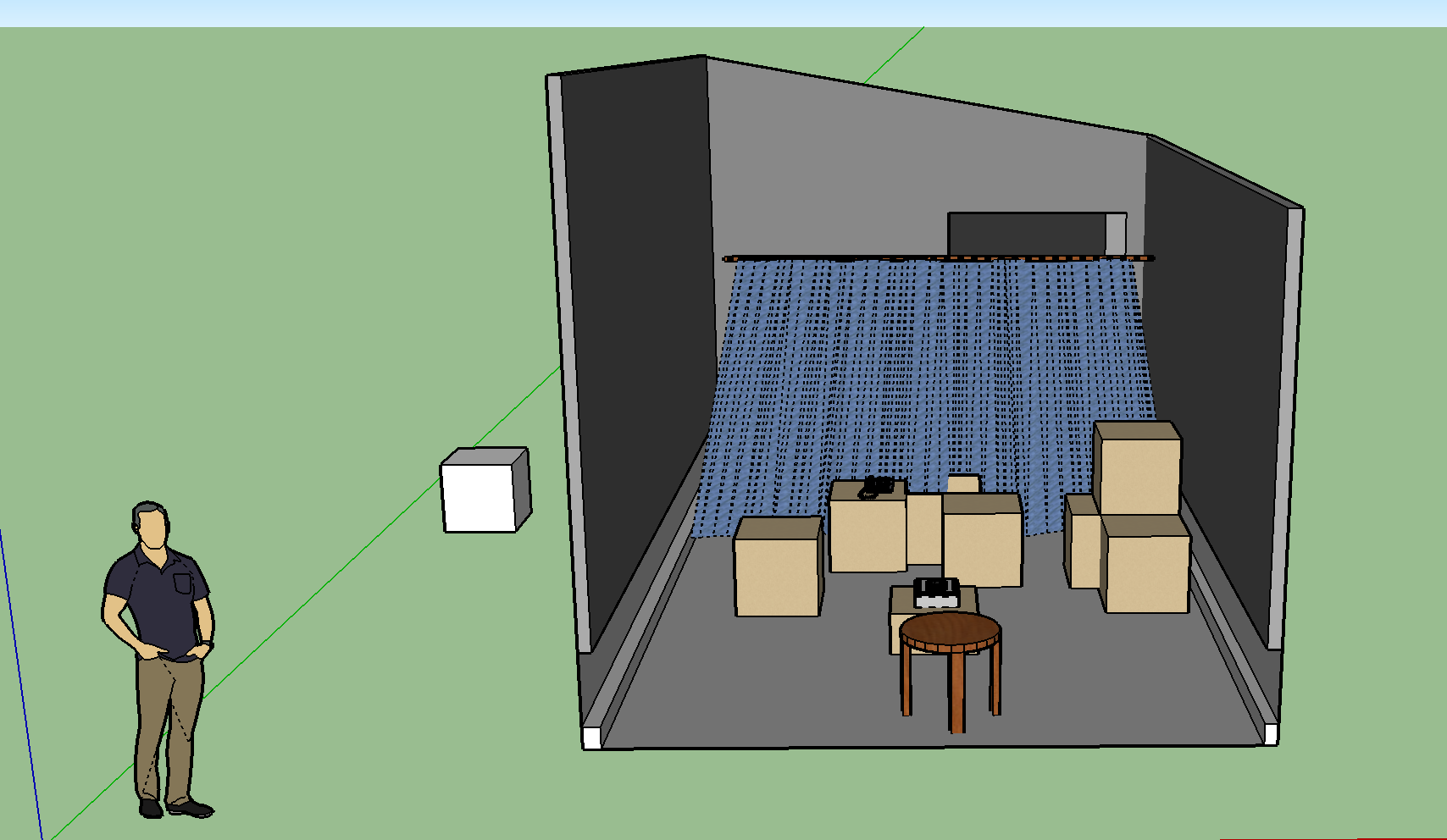 Making of the Video Installation

Luckily, I was able to find someone selling used moving boxes online, which is necessary for my installation, being that normal boxes wouldn’t make the setting appear like someone has just moved out.

Light from the projector didn’t suffice to illuminate and enhance the stillness of the room. Hence, the lights coming from the side helped to reinforce the presence of the boxes. The lights behind were displayed dim, just bright enough to bring an ambience to the room.

(Thank you for the side lights, Jiaman, Candy and Danielle!) 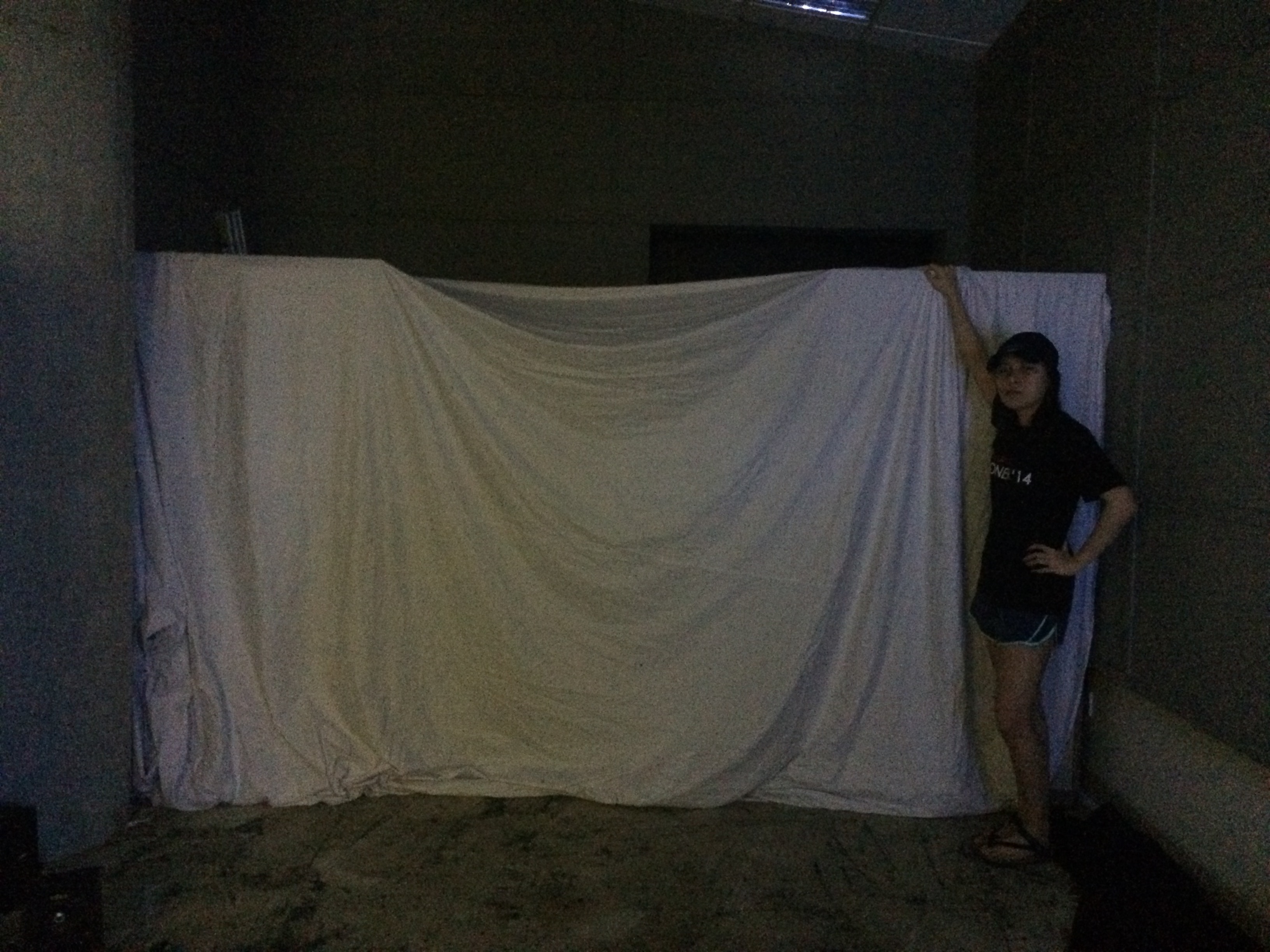 I was able to borrow a really huge white cloth that stretched from one end of the room to the next, which was perfect to display my video on. As it was long, it was able to stretch out and flow into the box – a symbolic trait for my installation piece.

(Thank you for the cloth, Nevin!)

the making of the video installation – short video 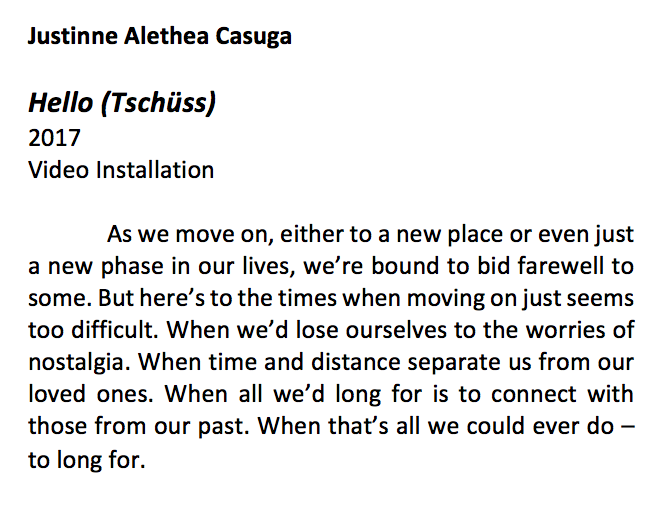 The title, itself, re-emphasises contrast and focuses on the idea that, at times, all we’d long for is to reconnect with others, though for many cases, time has already ran its course and all we’re left with is a good bye (tschüss).

My apologies for the grainy video; filmed this in a rush.