As the projects centres itself around the concept of sustainability, I delved on the meaning of being sustainable. After a bit of research, here’s my understanding of the concept:

Sustainability focuses on finding the balance between lifestyles and the preservation of nature. Highlighting on the idea of a zero-waste nation, maximizing the full use and purpose of what we have would then be essential. It is as though we need to give back as much as we take from the environment.

With this, I thought of my experiences at Pulau Ubin or the less urban areas in Singapore and remembered the Mangrove tree. Someone once told me how the Mangrove trees are actually vital in the botanic scene, especially in Singapore. Apart from that, its physical features really interested me before. Hence, I decided to delve and base my project around this tree.

Drawing inspiration from the Mangrove tree, I attempted to render its form through different abstract ways in order to make the sculpture more symbolic rather than direct for the audience. After which, I remembered Mondrian’s earlier tree series, which influenced me to look into combining both straight and curve lines into my sculpture.

We were informed that glulam was one of the materials that should be taken into consideration for the sculpture. Through researching this, I found the Pirkach Bridge, which caught my attention through its simple yet dynamic structure.

After a few sketches, a sketch model was made to test how the sculpture would look like in 3D form. Modifications, however, were made for the minor branches, being that the thin lines did not add depth to the sculpture. 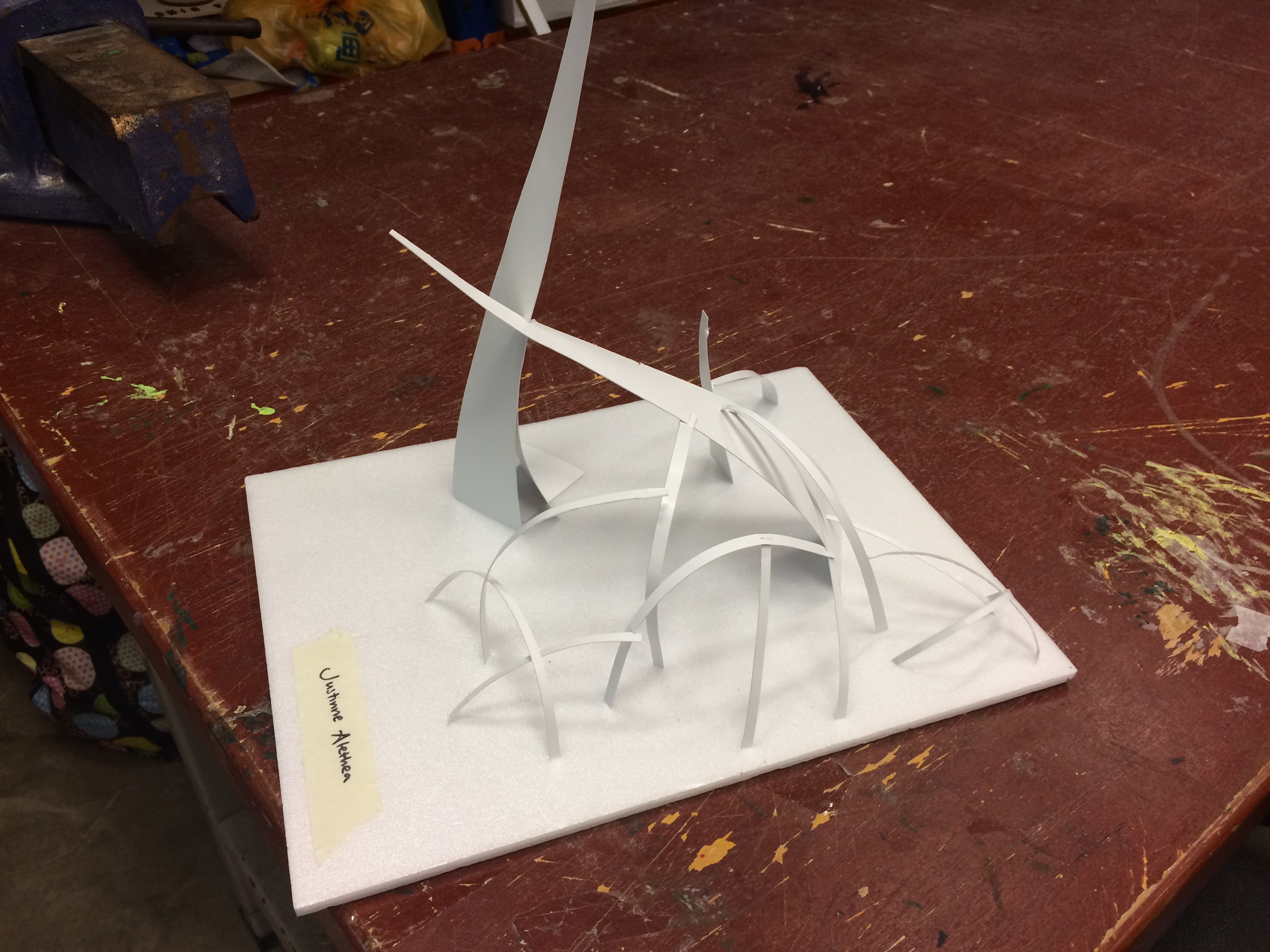 Calculation and Cutting of Wood

The wood used in the model was Bass Wood, and varied slightly in thickness. The major curves of the sculpture was made using thicker wood to add more density in its form, allowing for a more dynamic feel in the sculpture. 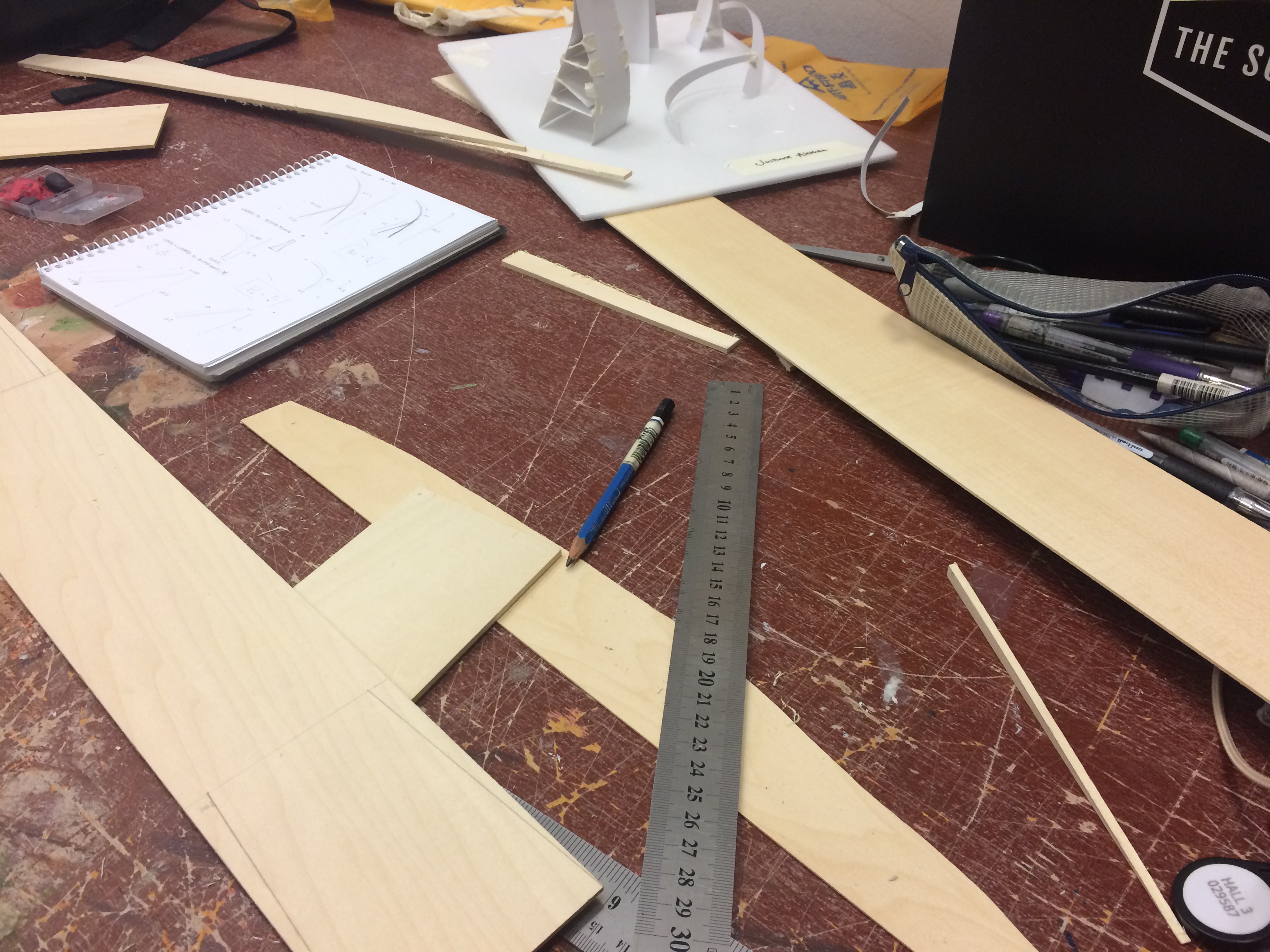 The wood was bent using a clothes steamer. For the larger pieces, I sprayed a bit more water before steaming the wood so that the wood would get damp faster. After steaming, much care was needed in bending the wood so as to not crack it. The smaller pieces were surprisingly more difficult to bend, being that they would crack more easily. Hence, I needed to modify the minor branches once again, but still had to keep its complexity. 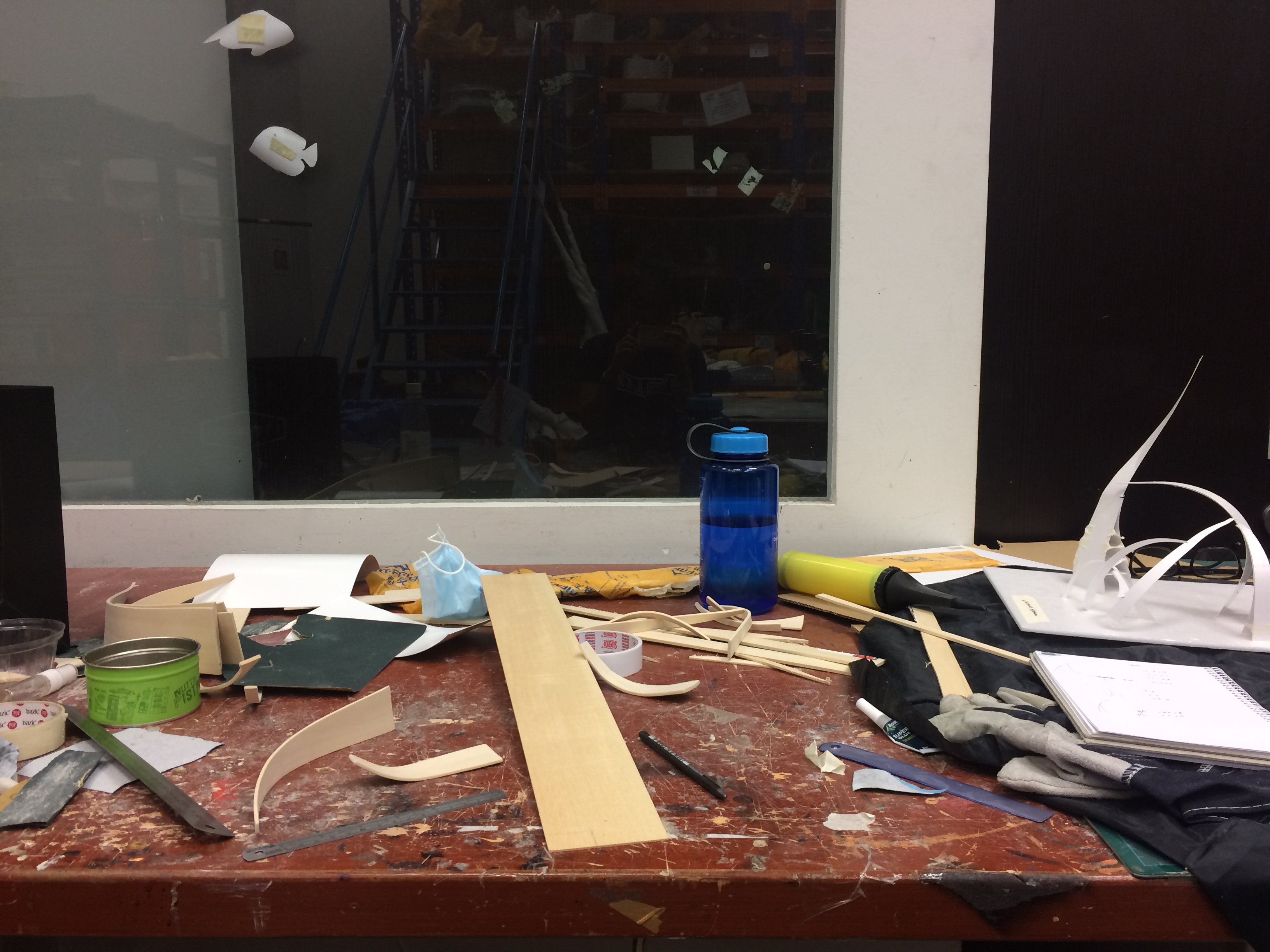 Occasionally building the pieces together to see how it looks like from different angles.

The wood looked a little too pale for my liking and made the sculpture look too bare. Hence, I was looking to how I should stain my wood. Initially, I was about to buy wood varnish and stain yet a few of my friends suggested that I should experiment with coffee. I tried to play with layers and how its effect on the wood, especially if I heat the wood to make the coffee dry faster. After experimenting, I chose to stick with just one layer and used petroleum jelly to add a sort of burnt effect on the wood instead.

I love coffee. I always drink coffee. Time to incorporate it into my work! 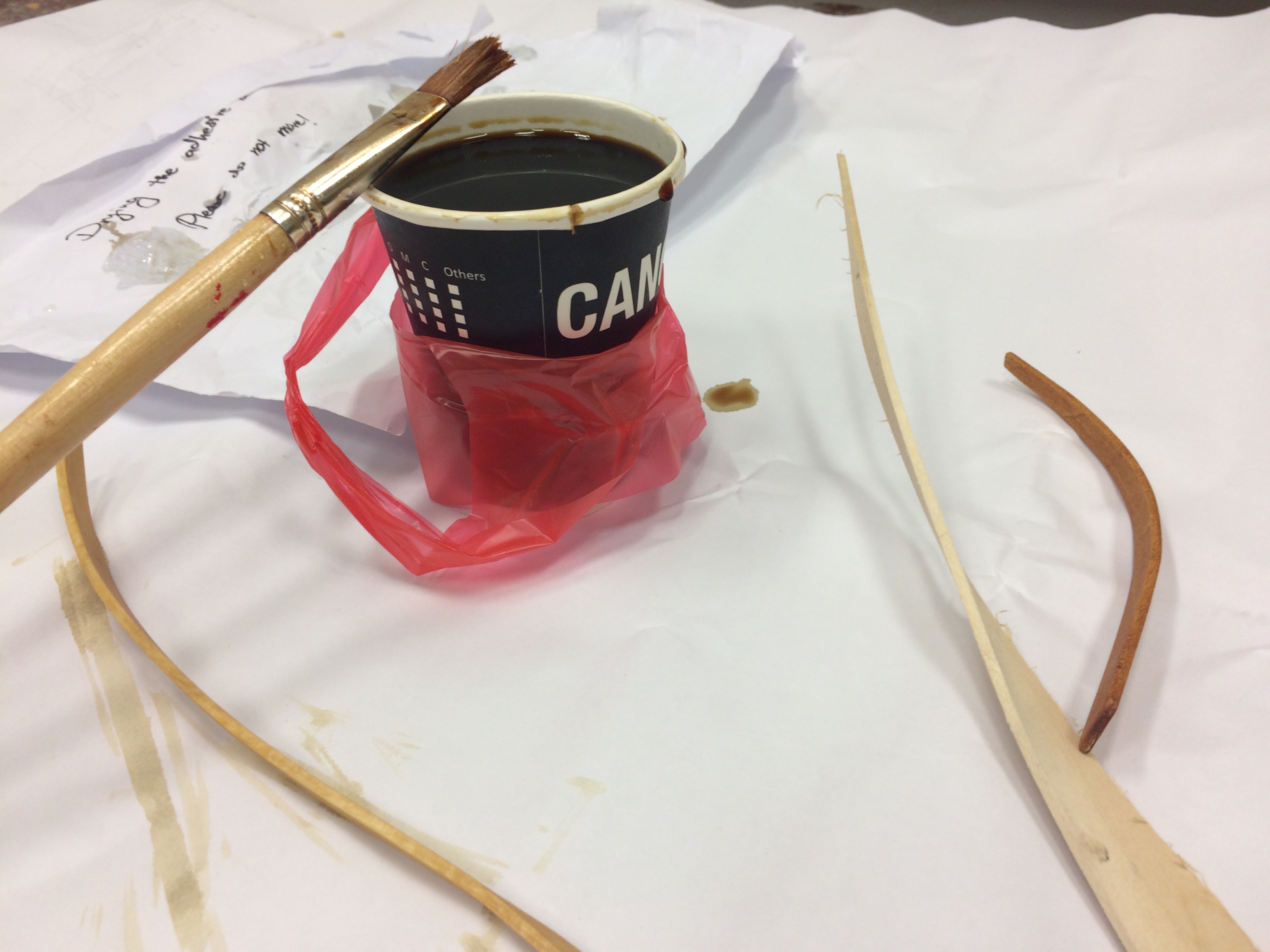 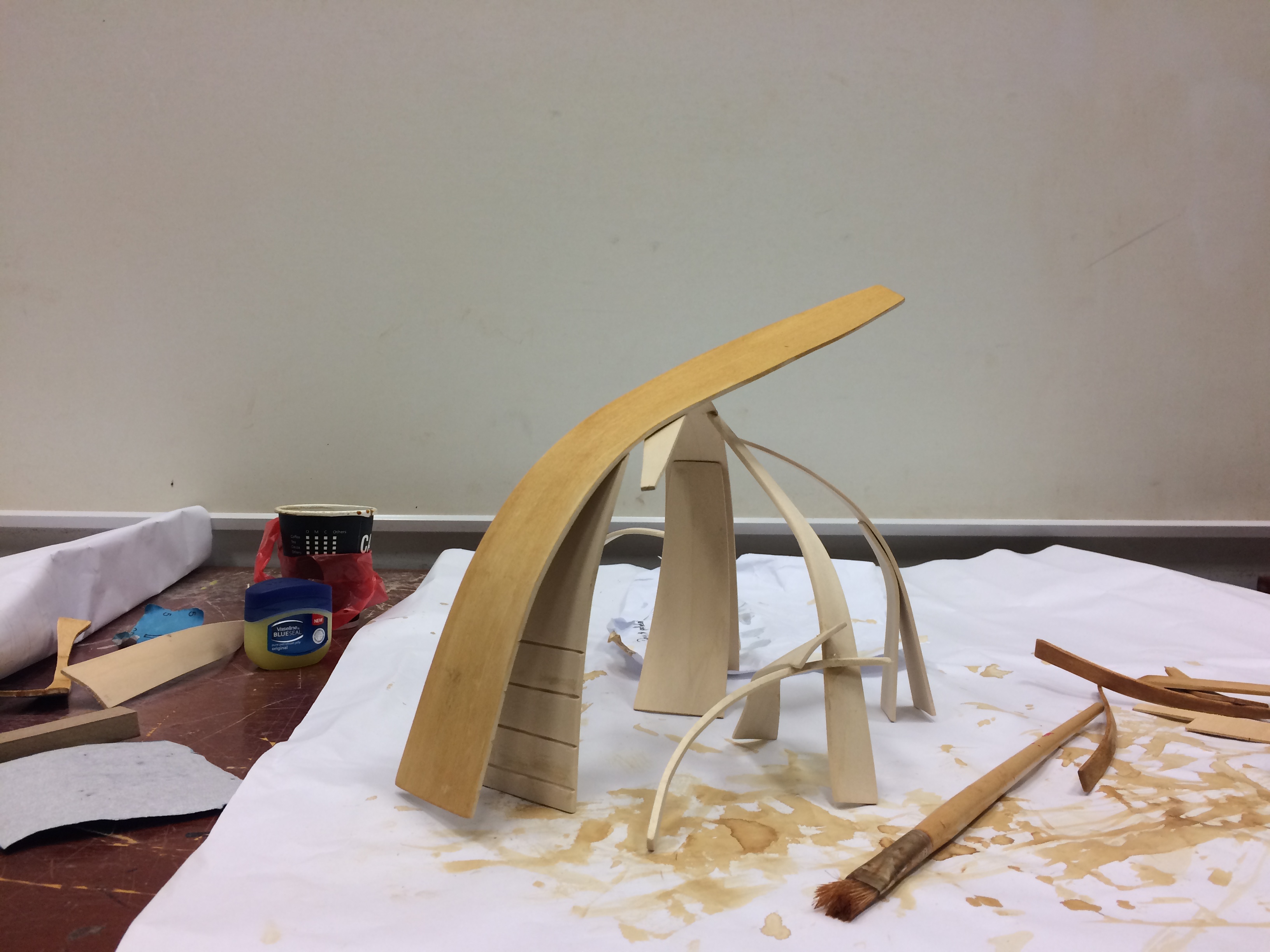 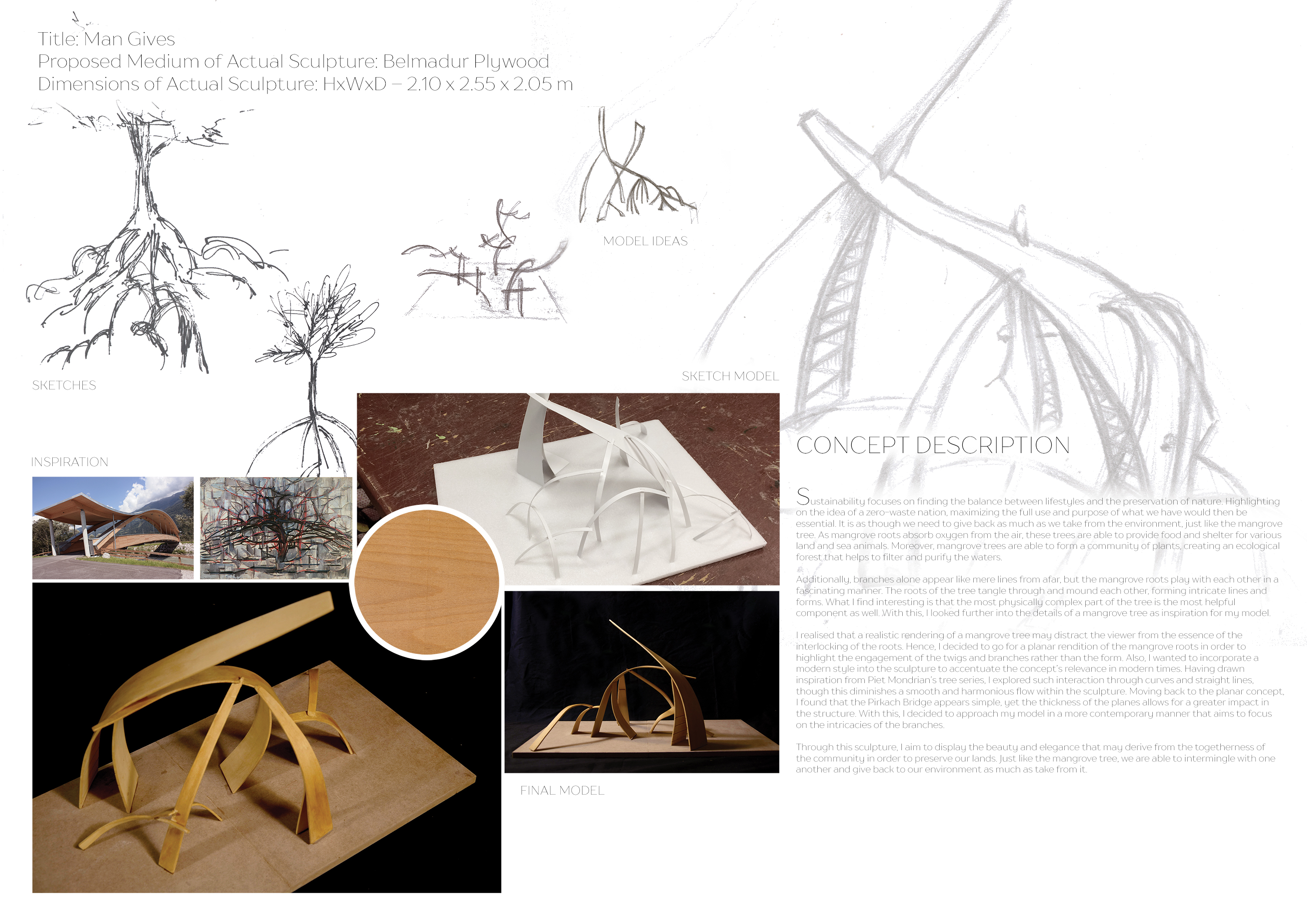 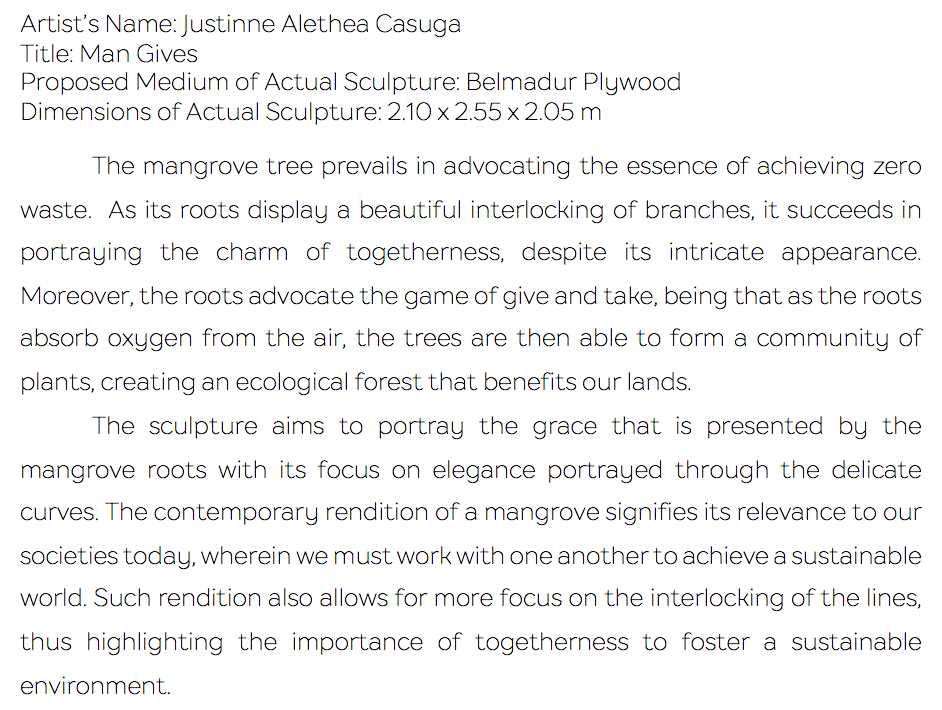 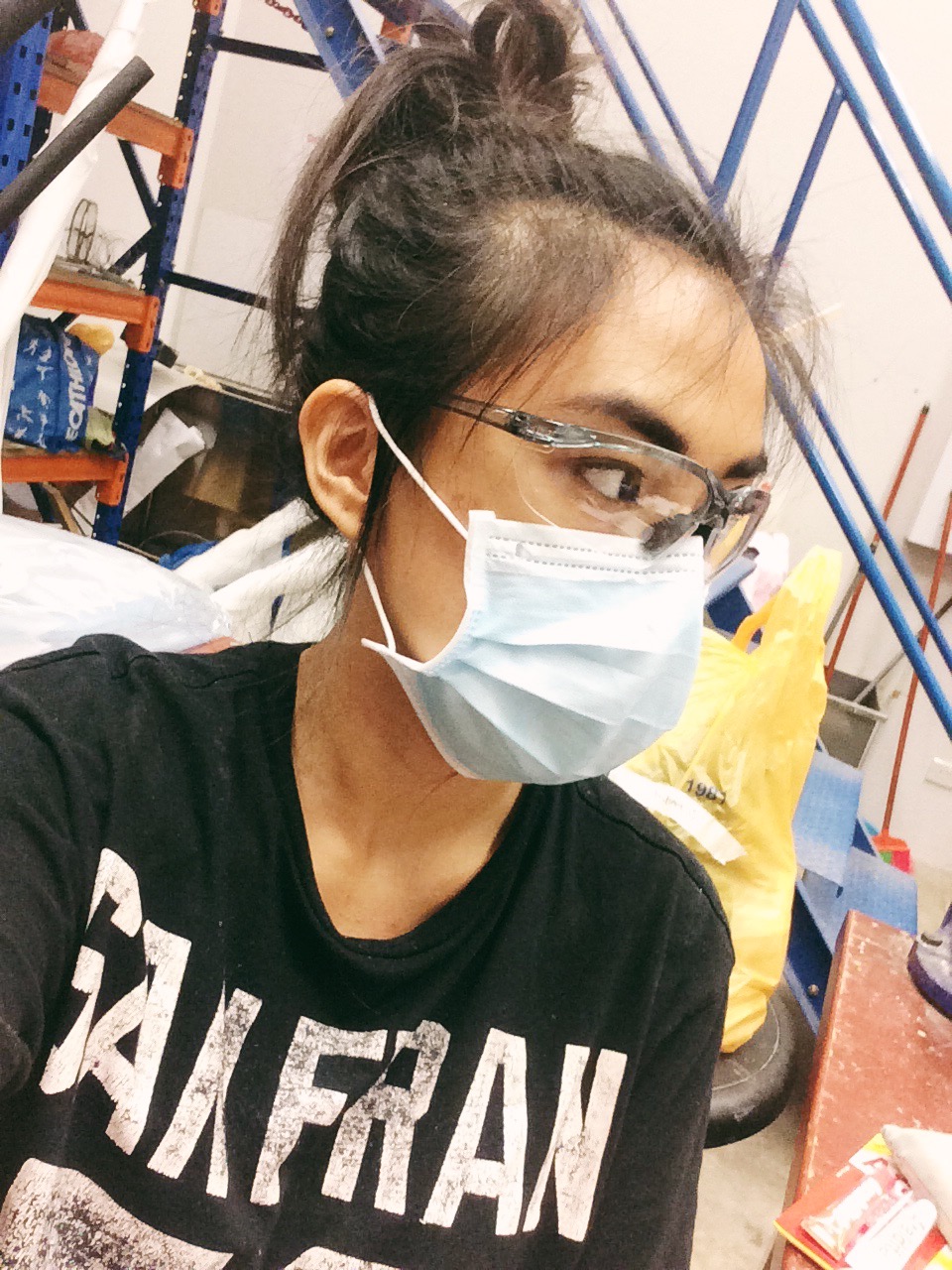