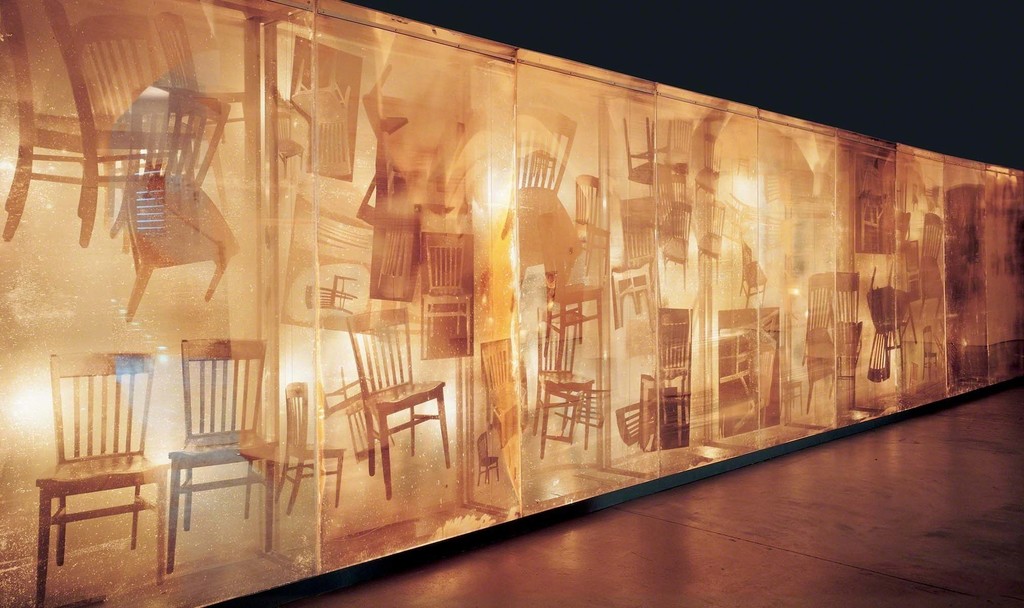 Norbert Wiener defined “Cybernetics” as a mechanism dealing with communication and control among people, nature and machines. To be more specific, this control is the feedback that depends on the actual performance rather than the expected and still one.

Soundings, whose catalysts, defining as triggering changes in the spectator’s behaviors by Roy Scott, are the silvered panel at the outer layer of plexiglass and the electronic device. The former can reflect viewers’ own image and the latter can trigger the change of images, depending on the sound and the voice that viewers make.

I’m so pitiful that I have difficulties with finding out the video of this artwork, because I consider that only the dynamics of the artwork can present the value of modern arts, such as “dialogue,” among artists, audience and the artwork. As Roy Scott said in “Behaviourist Art and the Cybernetic Vision,”

“the modern artist is primarily motivated to initiate a dialogue to enrich the artistic experience with feedback from the spectator’s response.”

When I search for MoMA document, where was its first public show, records that “Rauschenberg insisted that viewers become his collaborators, and without them the work doesn’t exist.” His idea corresponds to Roy Scott’s feedback, “a function of an output(observer response) is to act as an input variable, and leads to more variety in the output(observer experience).” Interpreting the essay written by Roy Scott and the artwork “Soundings,” I consider that the core idea of Cybernetics and Modern Art is feedback, representing interactivity, uncertainty, instant communication, which is the real departure from the traditional art, which draws a line between artists and audience, and which is static and unchangeable.