Upon my last presentation, I was definitely thinking of ways to improve. So I re-wrote the whole script! I wanted to introduce conflict.

Mike Ross has been exposed as a fraud (he didn’t graduate from law school, much less Harvard Law School) 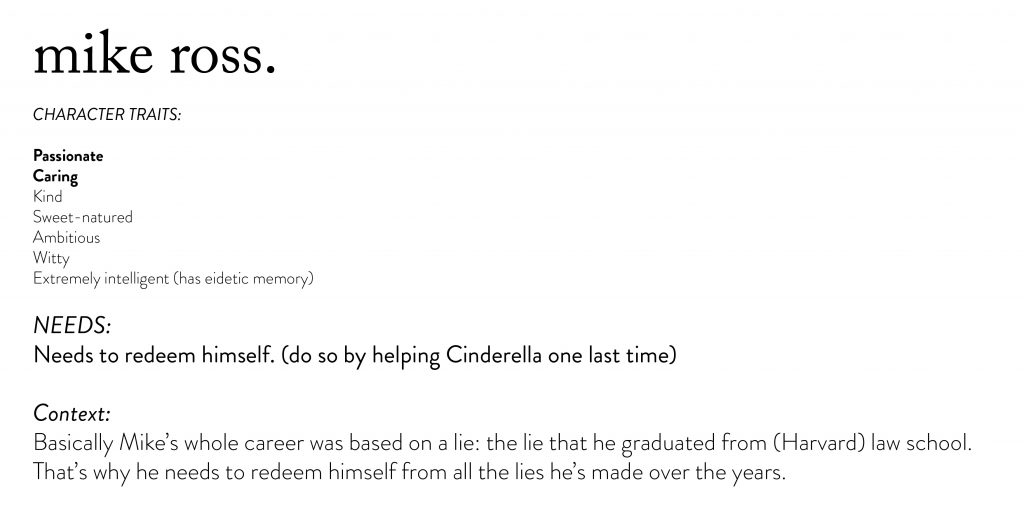 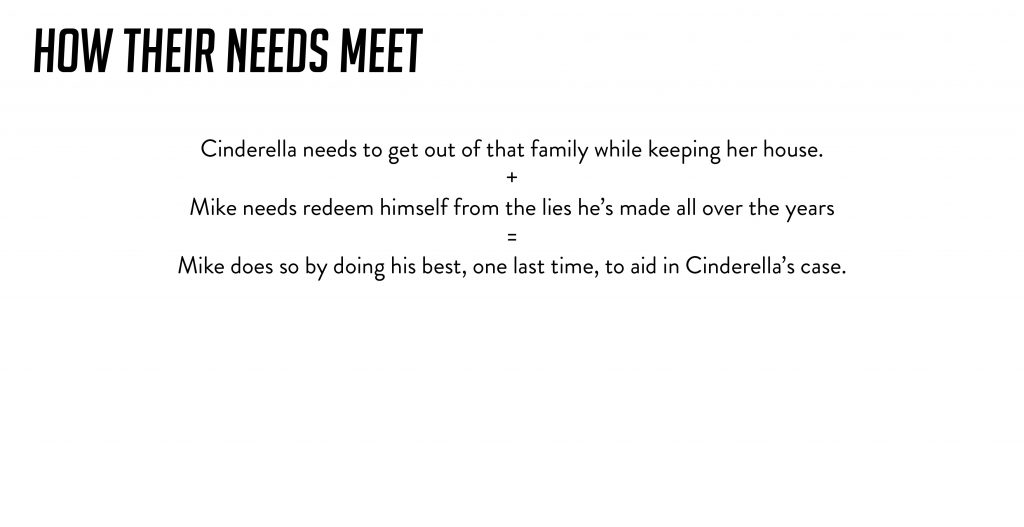 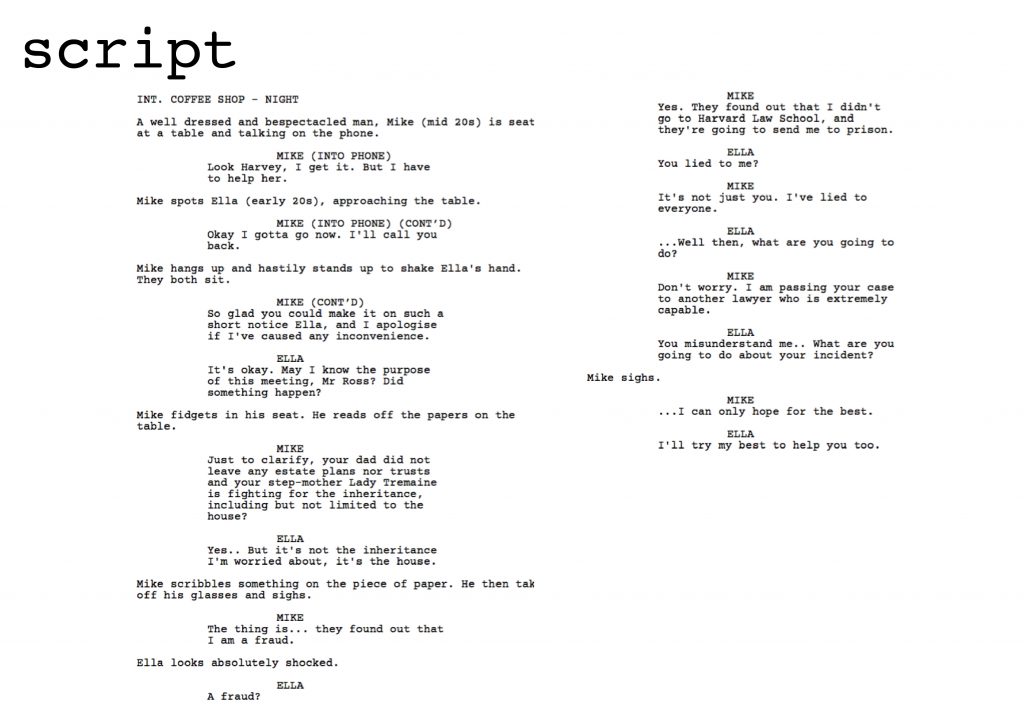 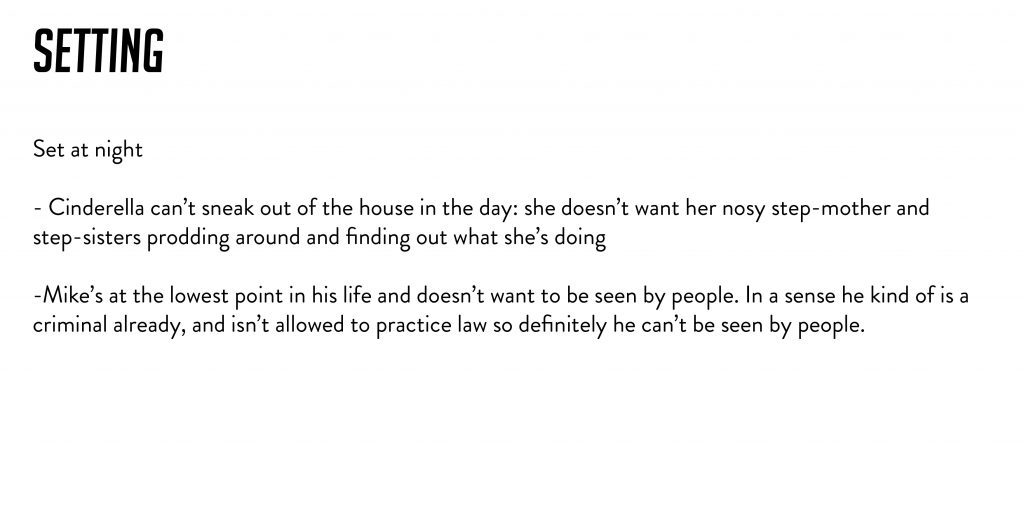 Definitely had a lot of fun doing this project! Love that we got to get characters and have them interact. It was really interesting!

Developing characters is something that sounds so simple, but in fact is vital to your story. Your character has to have something about him/her. Does he have a quirk? What’s he like in a certain social setting? Is he awkward or outspoken? Does he take lead of the conversation or is he a listener? All of these were just some of the many questions I had to answer while developing my two characters.

Also, while dialogue showing characteristics is important, for a good story there should be certain elements of conflict! This takes the story to the next level.

Unfortunately this is my second video ever (first being the draft) and I’m really not good at the technical aspect of filming 🙁 really not good :'( so many difficulties faced during this project!! #1 I didn’t really know how to direct my casts properly. I knew what I wanted but I just couldn’t translate it in a sense? 🙁 #2 S O U N D. I borrowed the zoom h4 recorder from the school and everything was going great, audio was going great. Then I realised I HADN’T EVEN RECORDED :(((((((((( you had to press the record button to start, then press record button again, then press stop. I just pressed stop straight and the audio files did not save. I definitely probably should have checked but I took it for granted 🙁 Oh well it’s too late for regrets!

I’m definitely going to practice filming more now so that it’ll come naturally to me!

For this round I was very focused on the story telling aspect and I wasn’t able to think of the visual aspects in a sense (m bad at multitasking) but I definitely will make my shots more purposeful in the future and bring in all that I’ve learnt over the last sem!