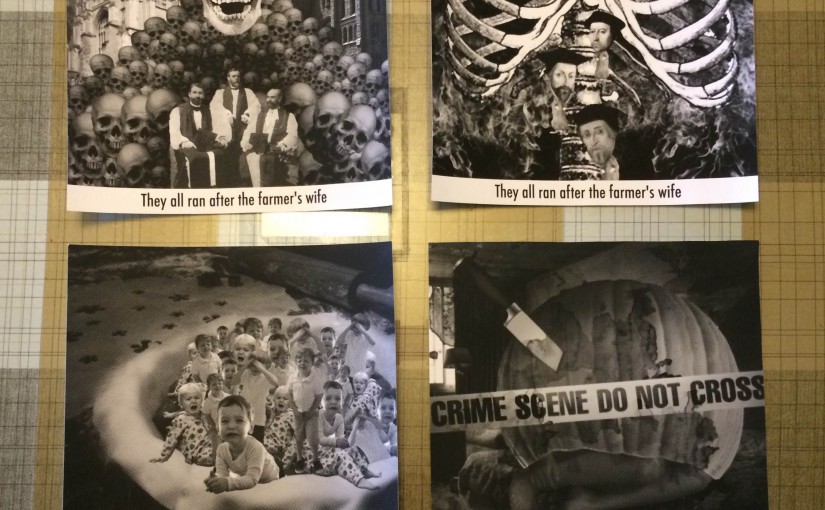 Three Blind Mice – “They all ran after the farmer’s wife”

Sing a Song of Sixpence – “Four and twenty black birds, baked in a pie”

Peter, Peter, Pumpkin Eater – “He put her in a pumpkin shell”

All my compositions were based on the supposed origins of the rhymes. It was pretty mind blowing to me that rhymes sang to kids could have such dark and heavy back stories.

For “Three Blind Mice,” Mary is symbolised as Death. She is differentiated by the diamond encrusted skull and flanked by two churches. It was said that during her reign, many people were killed for their opposing religious belief and whatnot. The 3 blind mice are actually three bishops who conspired against her and hence, was burnt at the stake.

In “Sing a Song of Sixpence,” legend has it that what was baked in the pie wasn’t 24 black birds, but 24 naughty little boys.

“Peter, Peter, Pumpkin Eater” is very literal. Basically, Peter had a wife who cheated on him with other men. Angered, he killed her and stuffed her in a pumpkin shell, which must have been huge if he was able to do so.