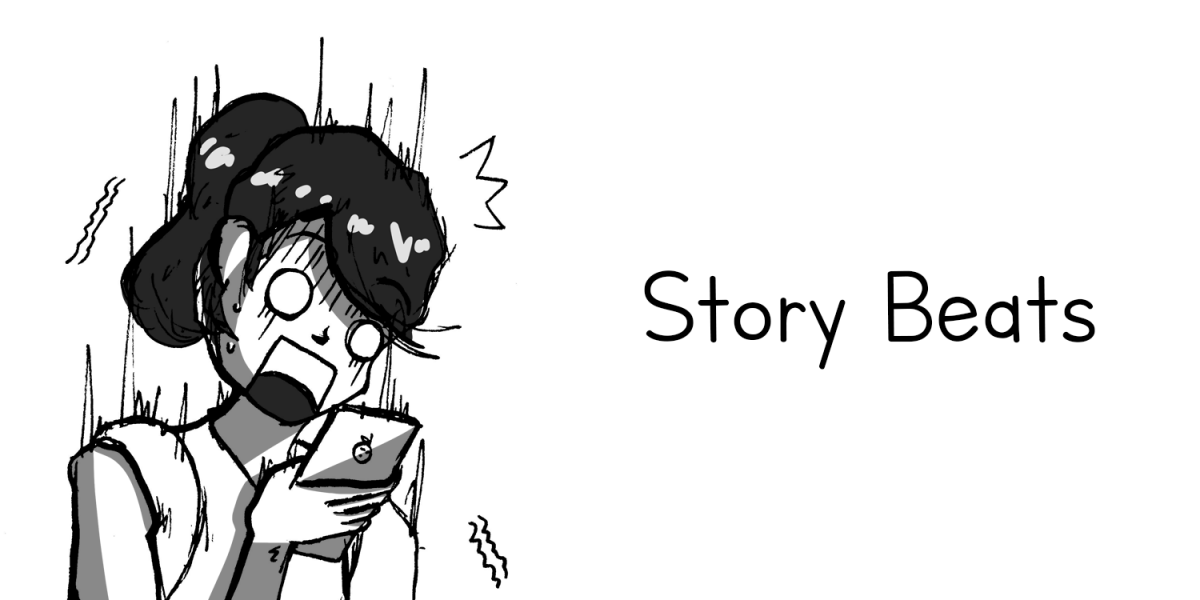 Hello! Today I’ll be bringing you through the story beats for my story for Visual Storytelling.

Premise: A girl realised that her phone was running out of battery, so she rushed back home, only for her plan to be completely ruined.

Back in week 4, my original story beats went like this.

And here was my first draft: 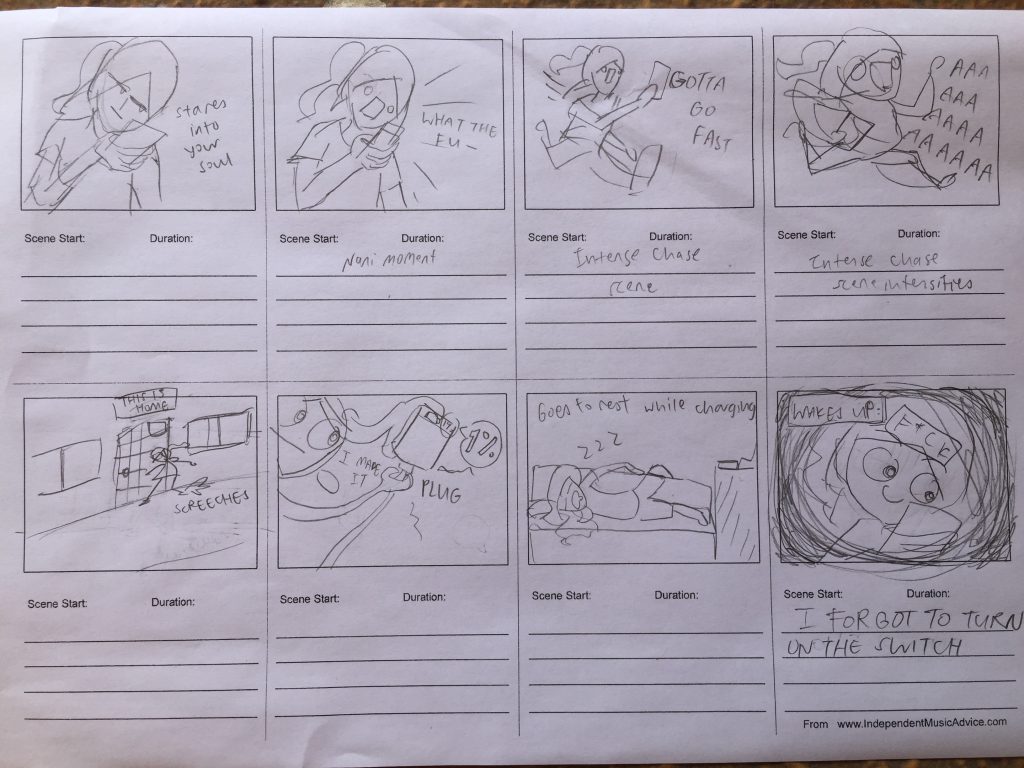 When I showed the idea to Don, he thought that the resting part of the story (point 7) was very anti climatic between the run scene and the big reveal where her phone was charging, so the impact wasn’t too strong and asked that I modify the story. After some discussion, I altered the Story Beats slightly.

This story worked out much better since there was just one “punch” moment at the end rather than the previous one.

With that, I drew my story beats of my altered story in class: 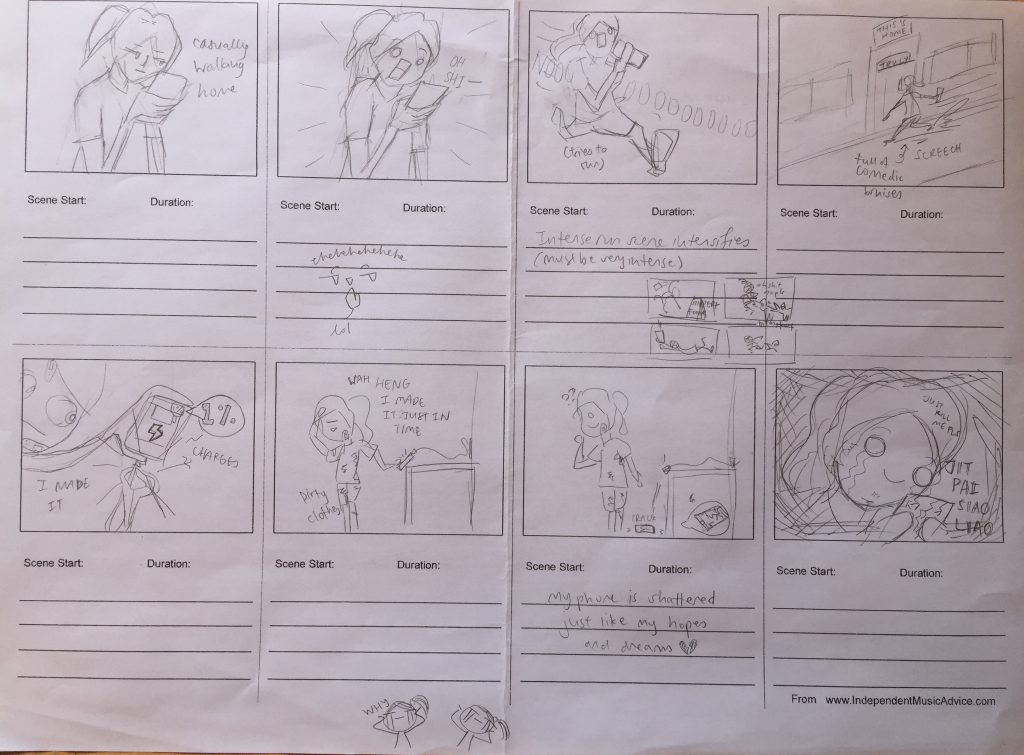 I tried to draw some frames with different angles and compositions, as seen below: 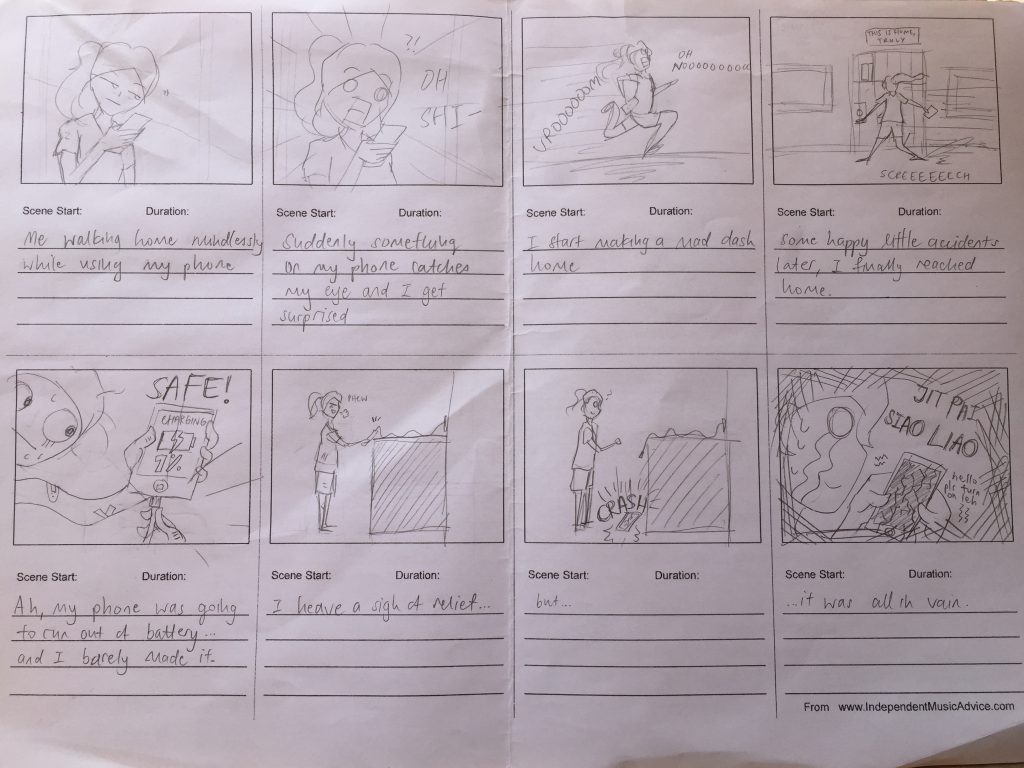 After getting the gist of how my storyboards will look like, I drew them out once again, except this time, the story beats are neatly lined, scanned, and digitally coloured. There were also some (minor) changes made to the composition of the beats.

These are my beats: 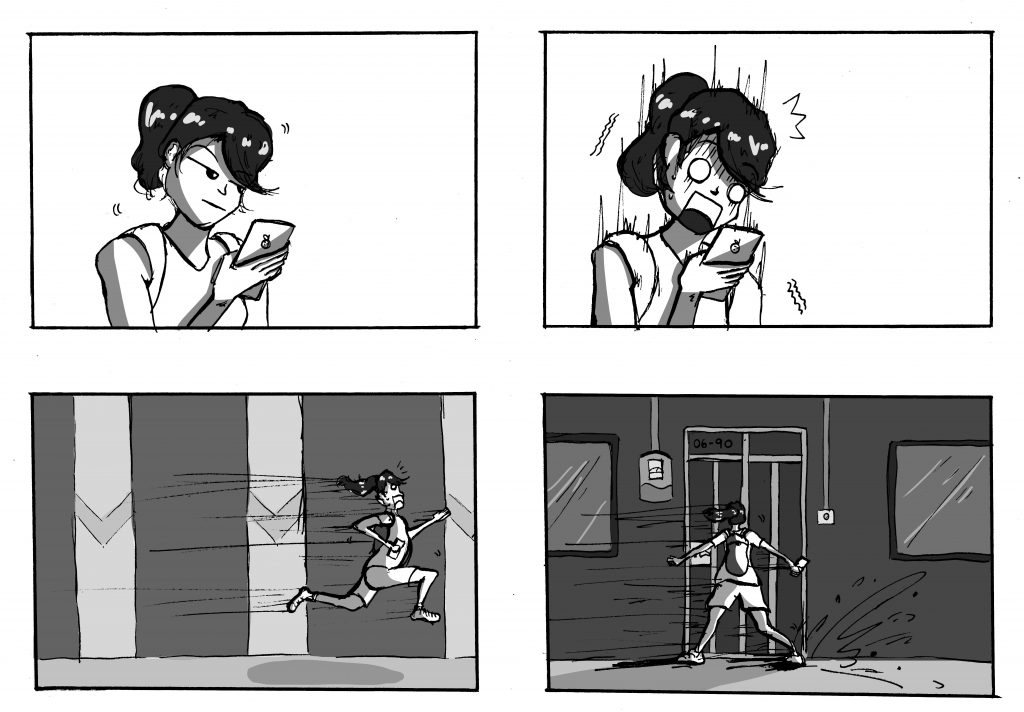 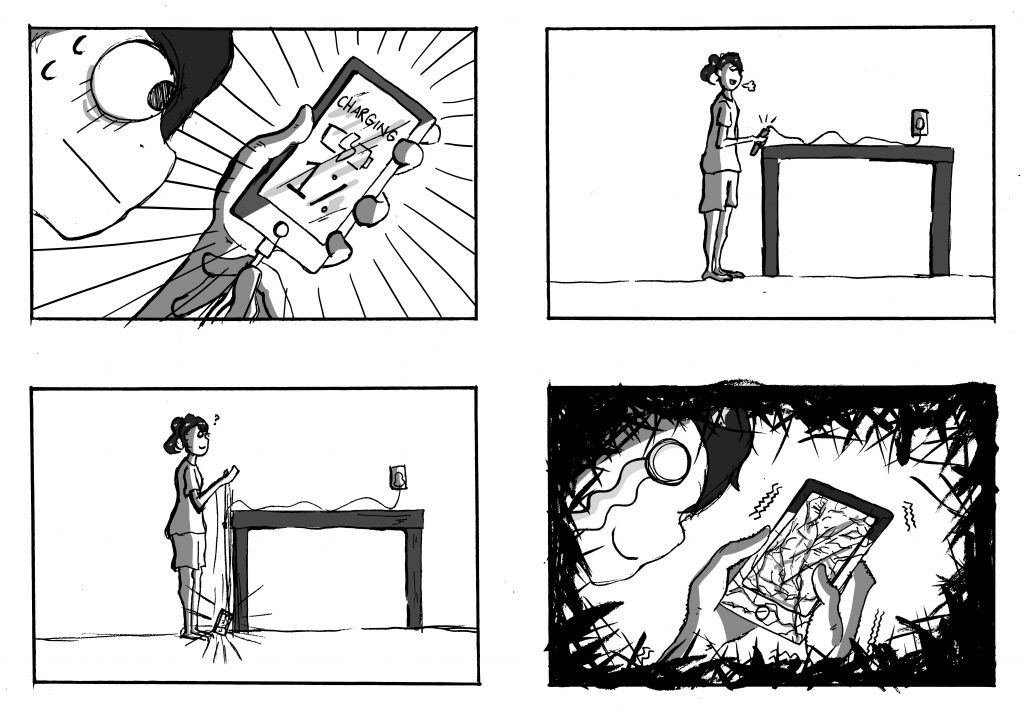 I could have given the beats a bit more shading, but I was too tired at that point, so I just left it as it is.

Don said the story was okay, however there are some parts that could be improved.