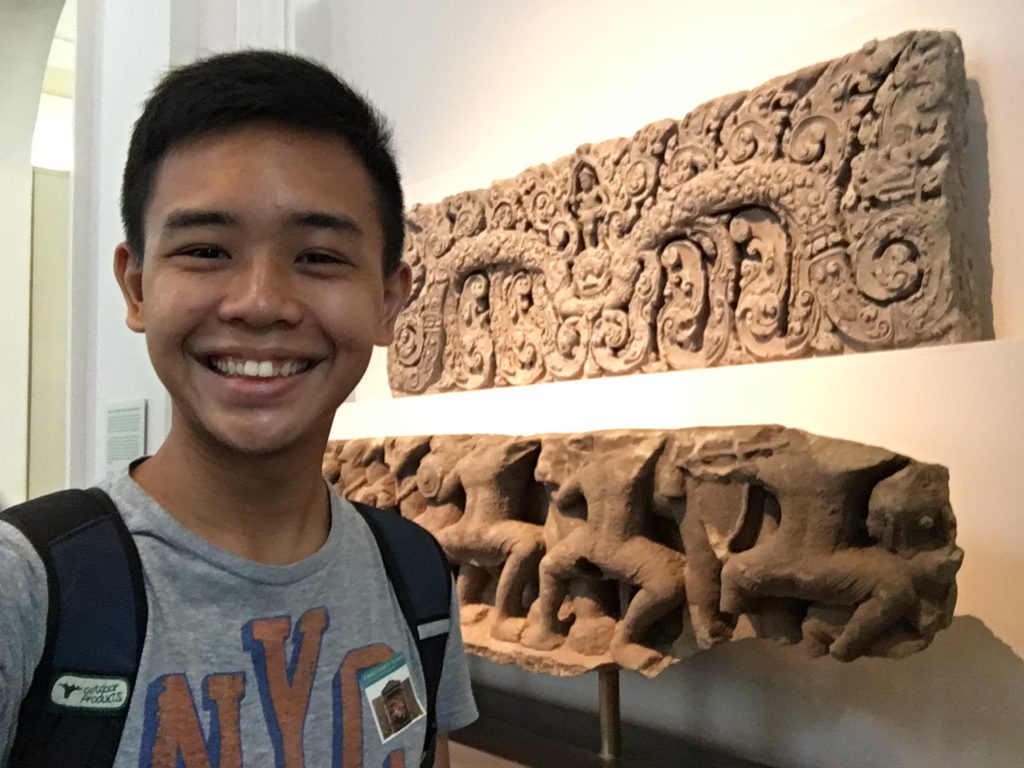 Name of artefact: Lintel with Yama riding on buffalo

The lintel produces symmetrical properties reflected on each side. The designs are intricately carved out with detailed precision across the lintel. In the centre of the entire piece, there is a figure with a crown who appears to be riding on a buffalo. This suggests that the figure is the main subject of the entire piece and that its an important character.

Upon further reading, I’ve discovered that the figure is Yama, the guardian of the south and the god of death, and his mount is a water buffalo. This lintel also originated from Cambodia and could suggests that it was probably placed facing the south entrance of a Khmer temple. This indicates that there could also possibly be three other lintels with the gods from each direction placed at their respective entrances. Also in the centre, there are two lion heads emerging out of what appears to be a fierce beast, which then spits out what looks like floral garlands. Upon further research, it is distinguished that the lion heads signify bravery in Hinduism and Buddhism.

There could possibly be two different functions of this lintel. Firstly, it could function as a tool to educate the worshippers entering the temple through visual means, and secondly, to scare away unwanted visitors with fierce imagery who might not be familiar with the religion.